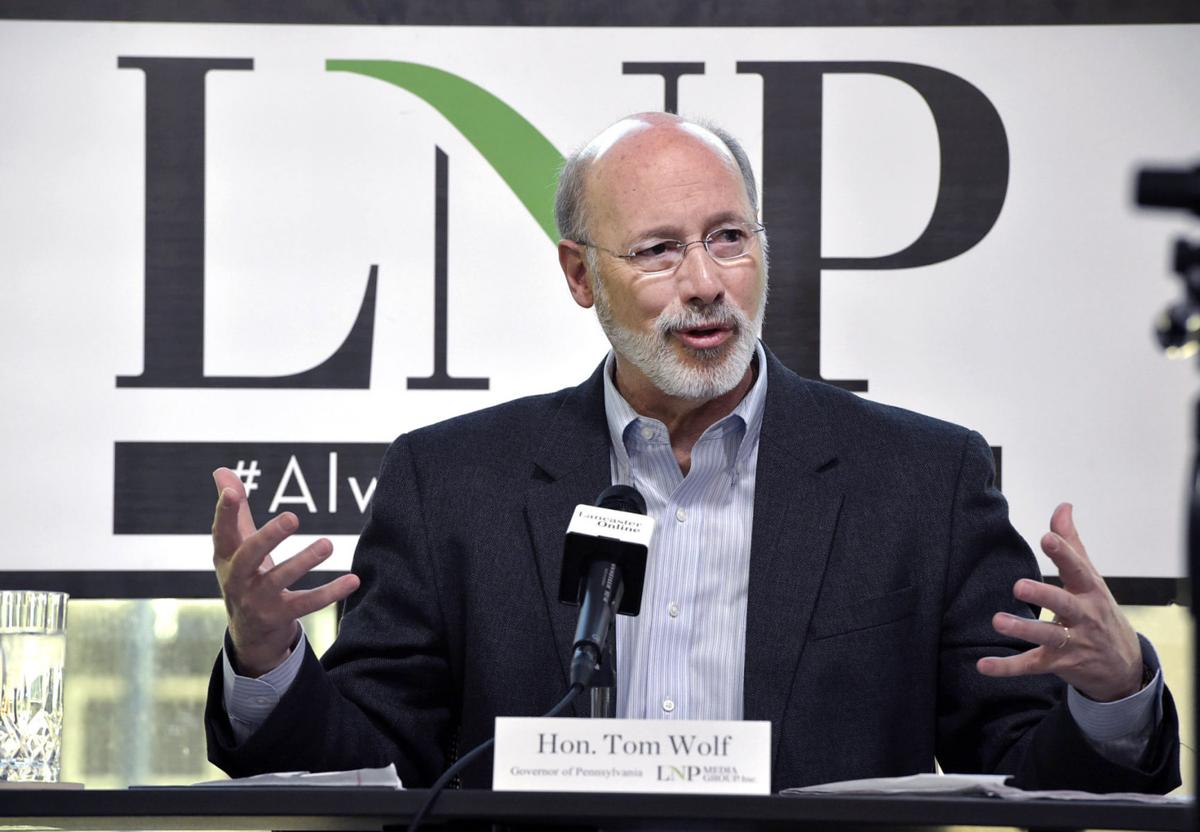 Gov. Tom Wolf meets with the LNP Editorial Board in this file photo from April 2017. Wolf has made transparency a pillar of his administration, but now is appealing a ruling requiring him to disclose the names of judicial nominees. 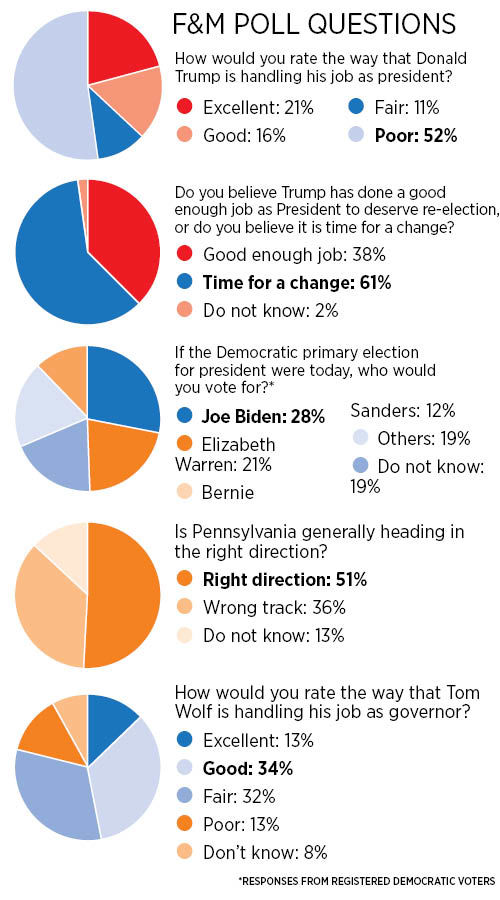 Gov. Tom Wolf meets with the LNP Editorial Board in this file photo from April 2017. Wolf has made transparency a pillar of his administration, but now is appealing a ruling requiring him to disclose the names of judicial nominees.

Asked who they would vote for if the 2020 Democratic primary were held today, 28% of respondents said Biden and 21% said Warren. Sen. Bernie Sanders polled third, at 12%, among the crowded field of candidates.

Meanwhile, 37% of the state's registered voters believe President Donald Trump is doing an “excellent” or “good” job as president, and 38% said he deserves a second term.

2020 Presidential election: Who are Lancaster County residents contributing to?

Trump’s approval rating is in line with that of former President Barack Obama in the Keystone state at the same point in his presidency, according to the F&M’s Center for Opinion Research.

Among Democratic voters, half said the ability to beat Trump is the quality that matters most to them in deciding which candidate to back in the primary. But 19% said they remain unsure who they will vote for.

F&M’s new poll — in which 627 registered voters were interviewed from July 29 to Aug. 4 — is the college’s first on the 2020 presidential election.

Biden’s ranking as Democratic voters’ “top choice” for president “shouldn’t surprise anyone given his historic relationship to Pennsylvania,” said Terry Madonna, who directs the poll and F&M’s Center for Politics and Public Affairs.

Biden, who was born in Scranton, also leads the Democratic pack in most national polls as well.

Just over half of those polled — 51% — said Pennsylvania is headed in the right direction, while 36% said it is on the wrong track.

Taxes were cited as the most important problem facing Pennsylvania, and a majority of poll participants support tax reform.

“That did surprise me,” Madonna said. “Sixty-one percent — I mean think about that for a minute: 61% of people say it needs a fundamental overhaul.”

By far, the property tax is the state’s most unpopular tax, Madonna said.

About 64% of those polled said they would support more laws regulating gun ownership. (Most of the polling was completed before the mass shootings in Texas and Ohio this past weekend).

F&M’s Pennsylvania poll results on gun-control have been consistent the last several years, Madonna said. And they are similar to national averages, with 61% of Americans supporting stricter gun laws, according to the latest Gallup poll in October 2018.

Democratic Presidential Debate: Where and how to watch