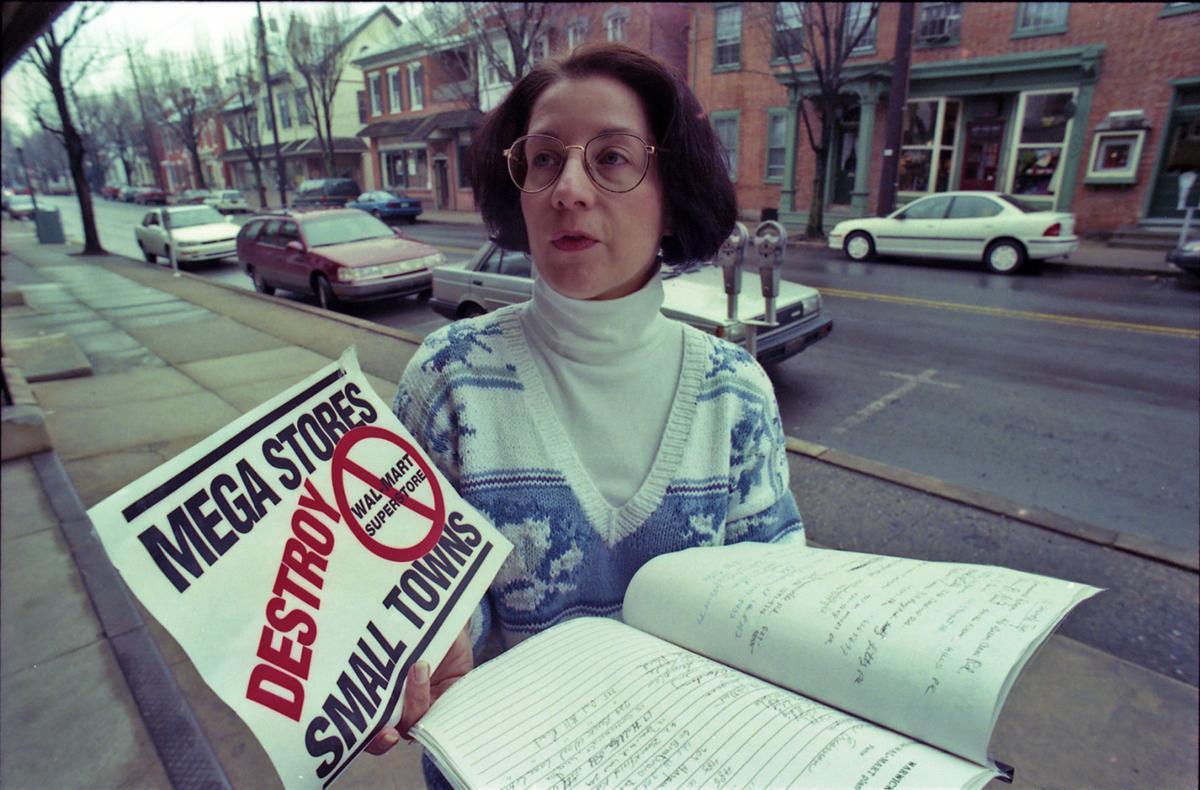 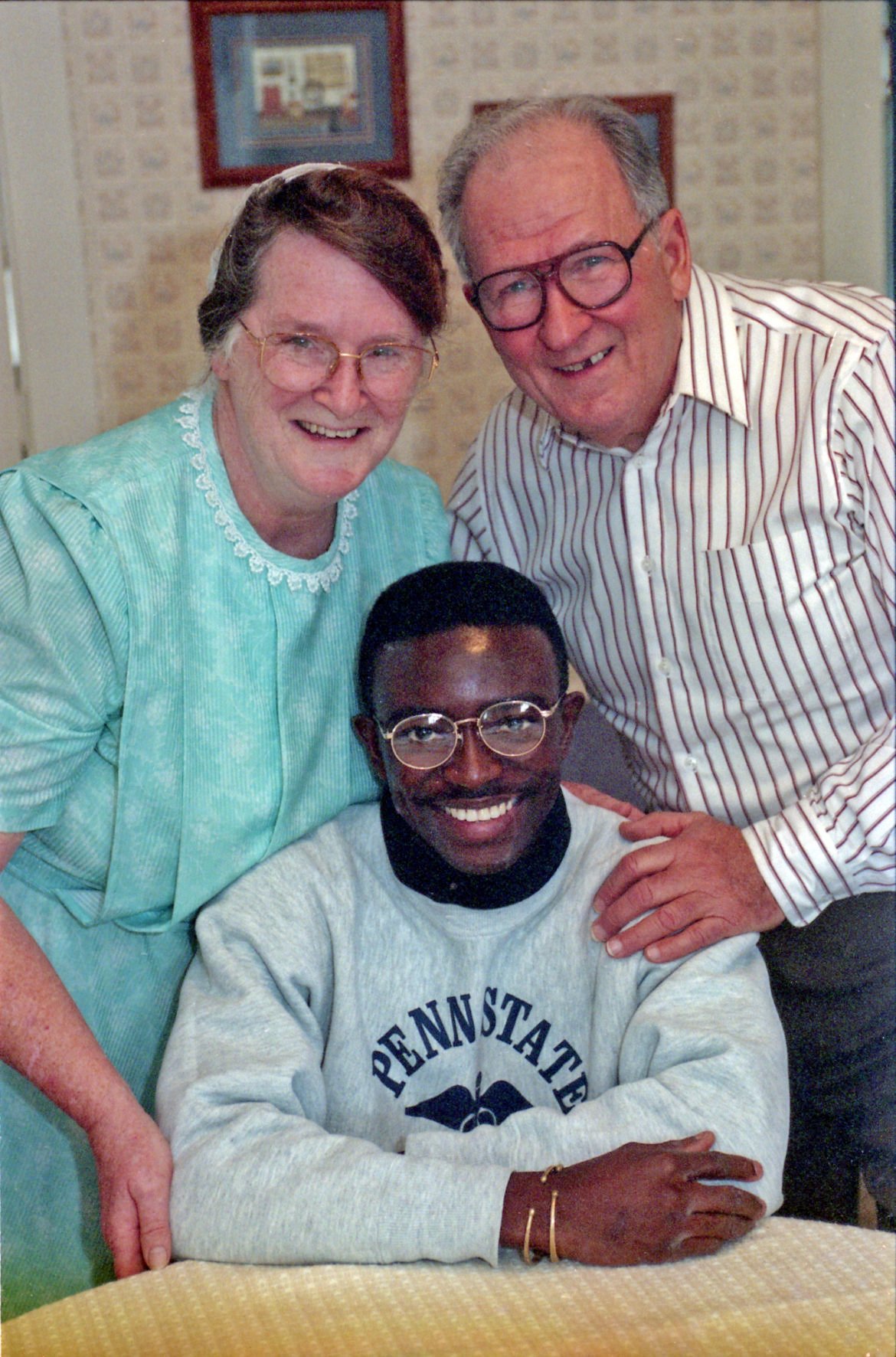 Medical student Eyako Wurapa visits Stanley & Mabel Kreider of Smoketown in this 1995 photo. A native of Ghana, Wurapa lived with the Kreiders while he attended Conestoga Valley High School.

“Save Lititz Night” took over a meeting of Warwick Township officials, and it was expected to attract hundreds of Lititz-area residents.

Foes of the proposed Wal-Mart superstore had petitions ready to deliver, signed by more than 2,000 people.

5 things you might not know about the history of Wilbur Chocolate Co.

County commissioner Terry Kauffman was among those attending the meeting. The large area that would be impacted by the proposed Millport Road and Lititz Pike superstore prompted his participation. Kauffman felt that the proposed location threatened the County’s comprehensive plan.

Residents came prepared to argue that they were not opposed to responsible, appropriate growth, but that a supercenter at the proposed location was neither responsible nor appropriate.

Eyako Wurapa graduated from Conestoga Valley High School in 1986. Born in the United States, he grew up in Ghana. When he returned to the United States for high school, he lived with Stanley and Mabel Kreider of Smoketown, friends of Wurapa’s parents.

After graduation, he steadily worked toward his dream. In about 10 more years, when his fellow CV graduates hit the high points in their careers, Wurapa would be ready to start his.

Wurapa held dual citizenship in the United States and Ghana. In Ghana there is one doctor for about every 200,000 people, he noted. Wurapa’s dream was to change that. He worked hard and used every resource at his disposal to get a medical degree in the United States. By 1995, he was starting his three-year residency.

After residency, he would have time commitments for the military and service programs that helped him to pay for school. He was expecting it would be 10 more years before he could return to Ghana and fulfill his lifelong dream.

Viewing a solar eclipse is kind of exciting for most people, but for a professor of mathematics and astronomy like Franklin & Marshall’s Joseph R. Holzinger, the March 1970 eclipse was about as good as it gets.

What would make it even better? How about viewing the eclipse from the “total eclipse belt” in North Carolina?

What's the story of this stone teapot? Find out as Season 3 of "What's It Worth? with Dr. Lori" begins

Professor Holzinger secured a National Science Foundation grant to view the two-day eclipse event at a full 100% at Eastern Carolina University. Lancaster Countians’ view would be a mere 90%.

While explaining his plans to view and photograph the solar spectacle, he had some advice for laypeople who planned to observe the event.

1. There is no safe way to view an eclipse other than through a simple projection device that anyone can make.

2. Amateur attempts at photographing the eclipse could “burn out a camera.”

Ice jam backwater was turning the Susquehanna River into a serious menace in March 1945.

The raging river was within inches of the historic 1904 flood mark. Five or six feet of water covered Susquehanna Avenue, forcing evacuations as homes flooded.

Neighbors and volunteers helped move possessions onto the upper floors of homes in danger of flooding. There was no electricity, and only one railroad line was operating. Though there was no official emergency, the Red Cross stood ready to provide assistance.

In spite of the evacuations, flooding and mess, at least one group was happy with the situation. Sportsmen and dogs of all breeds “had a field day” shooting and catching rats displaced by floodwaters in the sewer system.

The Eighteenth Amendment to the United States Constitution greatly streamlined operations at the local License Court.

Editor's note: This article was originally published in March 2020.