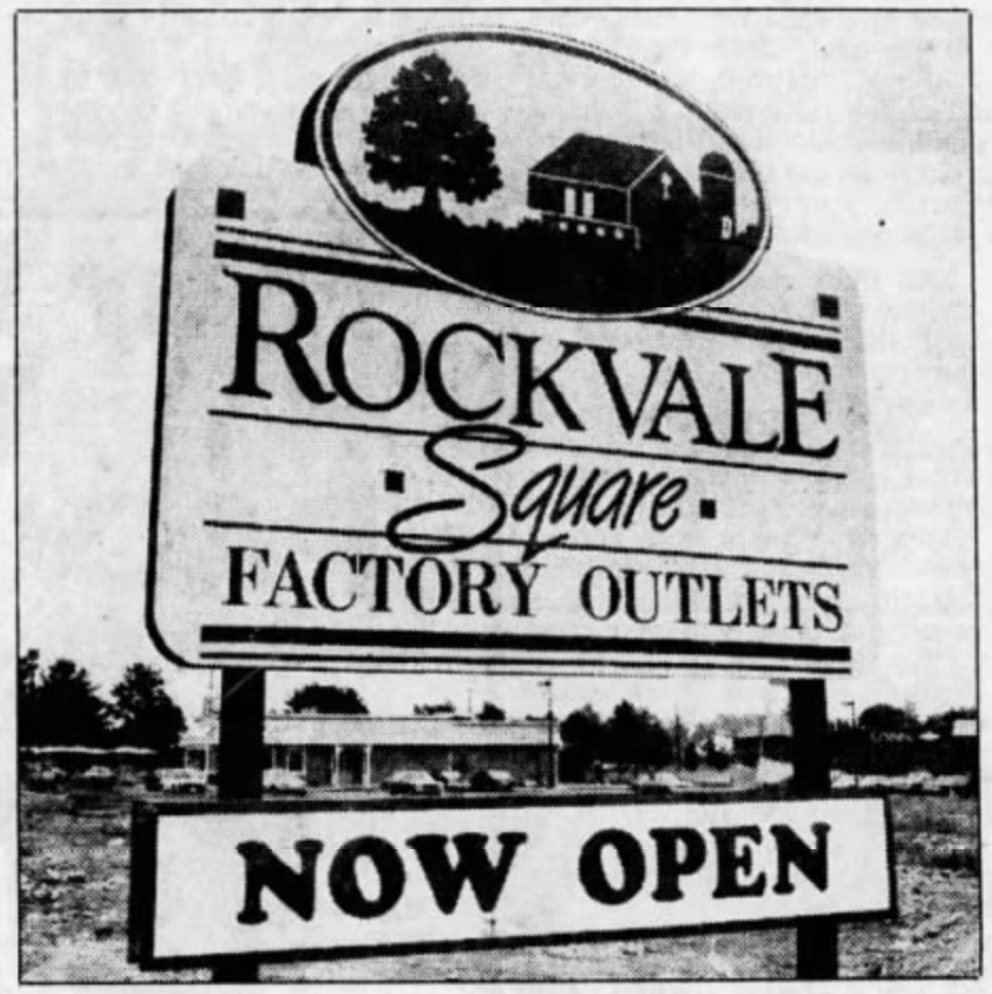 The Rockvale Square sign, as seen when the outlet shopping center opened in 1986. 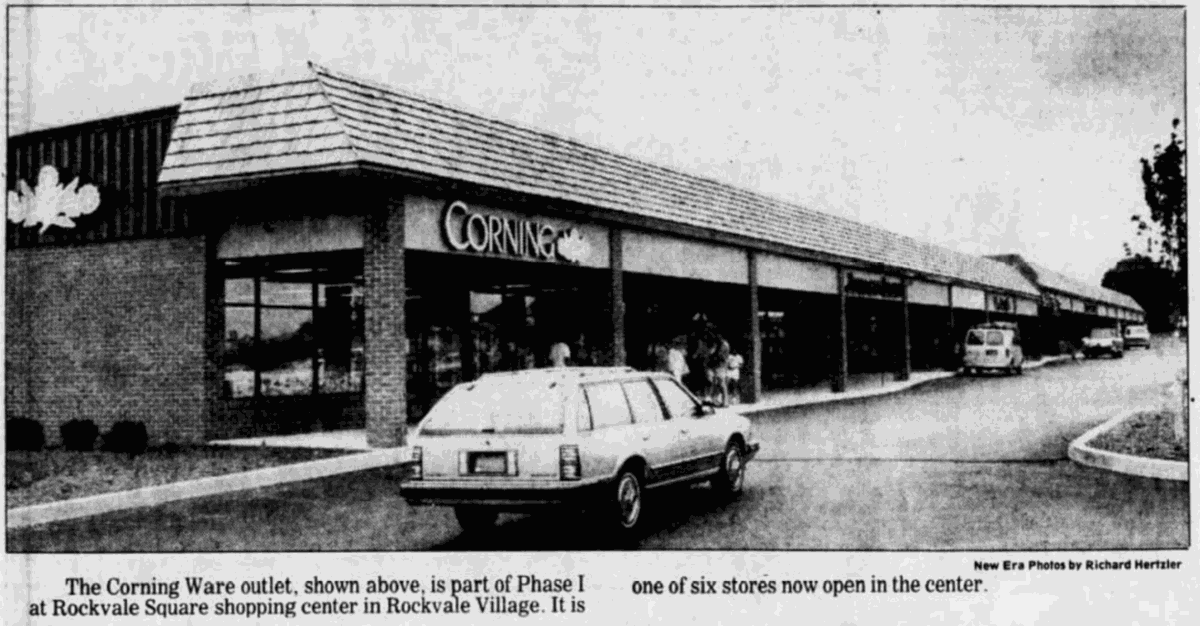 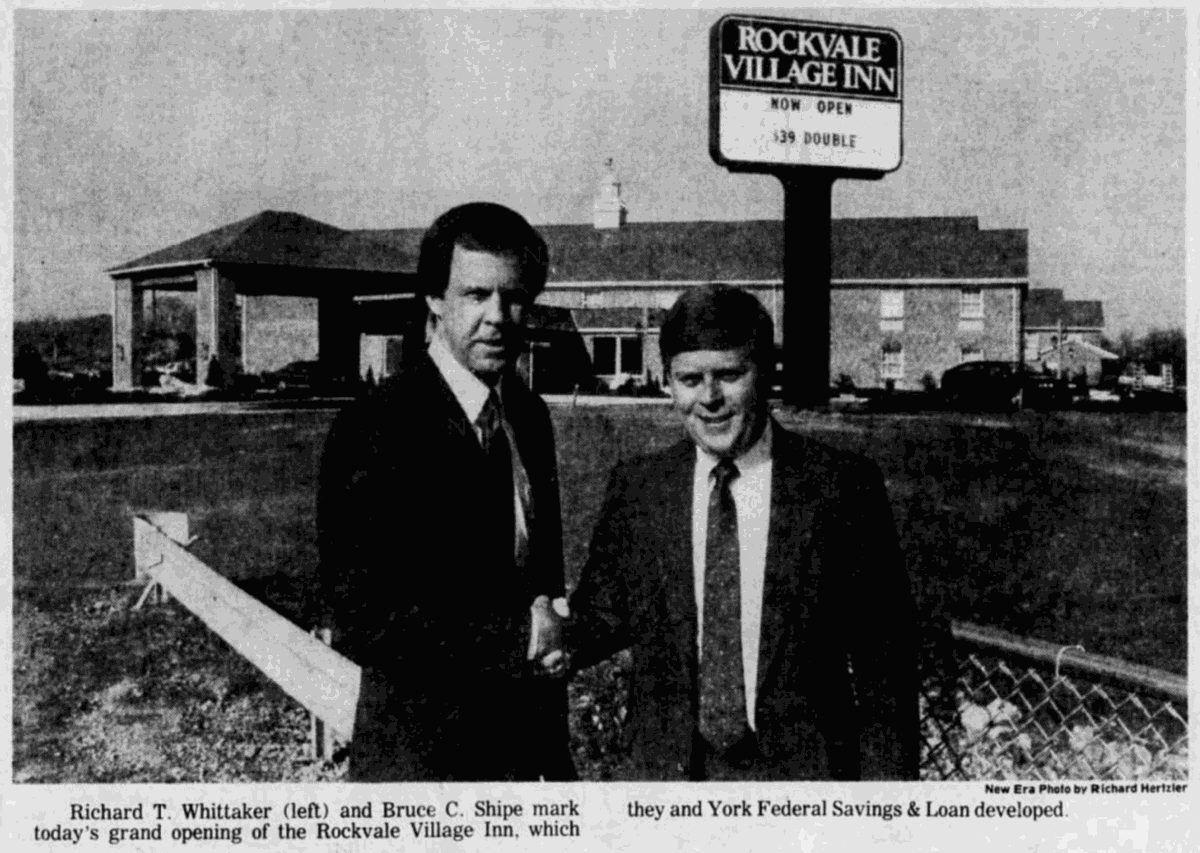 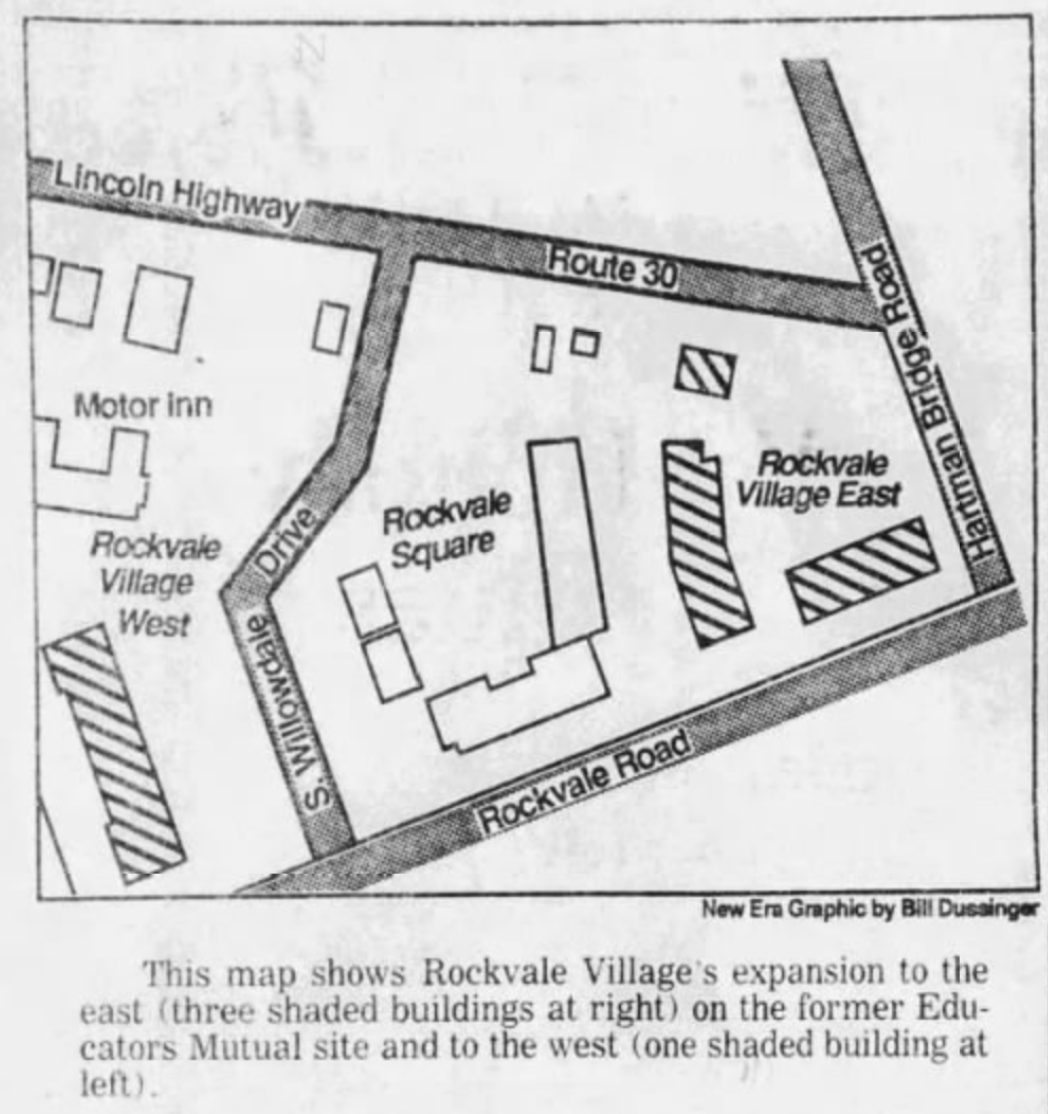 Though recent headlines have told a story of a dwindling list of stores in The Shops @ Rockvale, with merchants continuing to leave the center (some moving up the road to Tanger Outlets), there was a time when Rockvale Square, as it was known then, was among the most in-demand retail hubs in the county.

Rockvale was second only to Park City Center in terms of the county's largest shopping centers, and for many years, it didn't have a single vacant space.

But like most things, it started small - relatively speaking - and grew over time. Here's a look back at several steps on Rockvale's path to outlet retail dominance.

In the early 1980s, the large patch of land near the intersection of Routes 30 and 896 that is currently the site of The Shops @ Rockvale was owned by Ursinus College. The college - located in Montgomery County - owned the Pennsylvania FolkLife Society, which used the land for "harvest frolics" in the early 1960s. When the frolics ended (for financial reasons), the land sat vacant for decades.

On April 2, 1985, the newly formed Rockvale Associates, along with other local partners and a development firm based in Ohio, bought the land from Ursinus. Less than a week later, bulldozers were grading the land in preparation for construction. The first two businesses slated to open at the proposed shopping center were a Burger King and the Lenox china factory outlet.

By August of 1986, Phase I of the three-phase project was just about complete, and a half-dozen businesses were open in the center, which was named Rockvale Square. Another five were set to open within the next three weeks. The total retail space of the center's first phase was 45,000 square feet.

4. Expanding in two directions at once

By the early days of 1988, Rockvale was into its heyday. Throughout the late '80s and early '90s, there was a waiting list for prospective tenants, sometimes more than a year long. On Jan. 7, 1988, plans were unveiled for two simultaneous expansions, to the east and west, that would bring the total size of the complex's retail space to a whopping 370,000 square feet. by far the largest expansion in Rockvale's history, the 1988 construction would make the complex the largest outlet strip center in the nation.

5. Rockvale at its peak

In 1994, Rockvale underwent its final expansion, a $13 million project that would serve to grow the center's retail space to 532,000 square feet. The center continued to serve as a bustling shopping destination for locals and tourists alike throughout the '90s. However, as the nearby Tanger Outlets grew and revitalized itself throughout the 2000s and 2010s, crowds and merchants began migrating there from Rockvale. This served as a reversal of the trend of the 1980s, when stores and shoppers abandoned the Lancaster Outlet Mall (former occupant of the Tanger site) in favor of the new, thriving Rockvale.

Rockvale Diner closes at The Shops at Rockvale, adding to vacancies at struggling center

After fire gutted Reifsnyder’s Pianos in 1995, ice made cleanup difficult [Lancaster That Was]