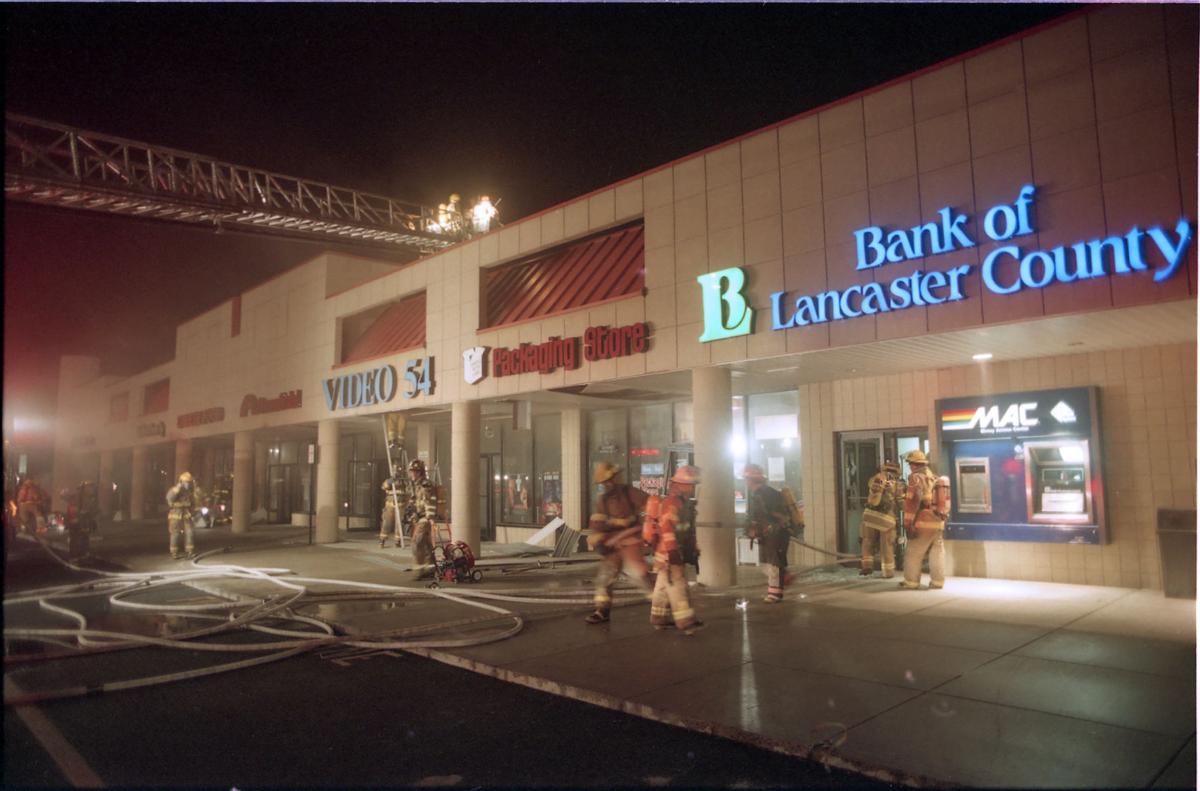 Firefighters head into smoke-filled Bank of Lancaster County and other stores at Stone Mill Plaza shopping center in this Feb. 23, 1995, photo. Investigators said an arsonist set the fire. 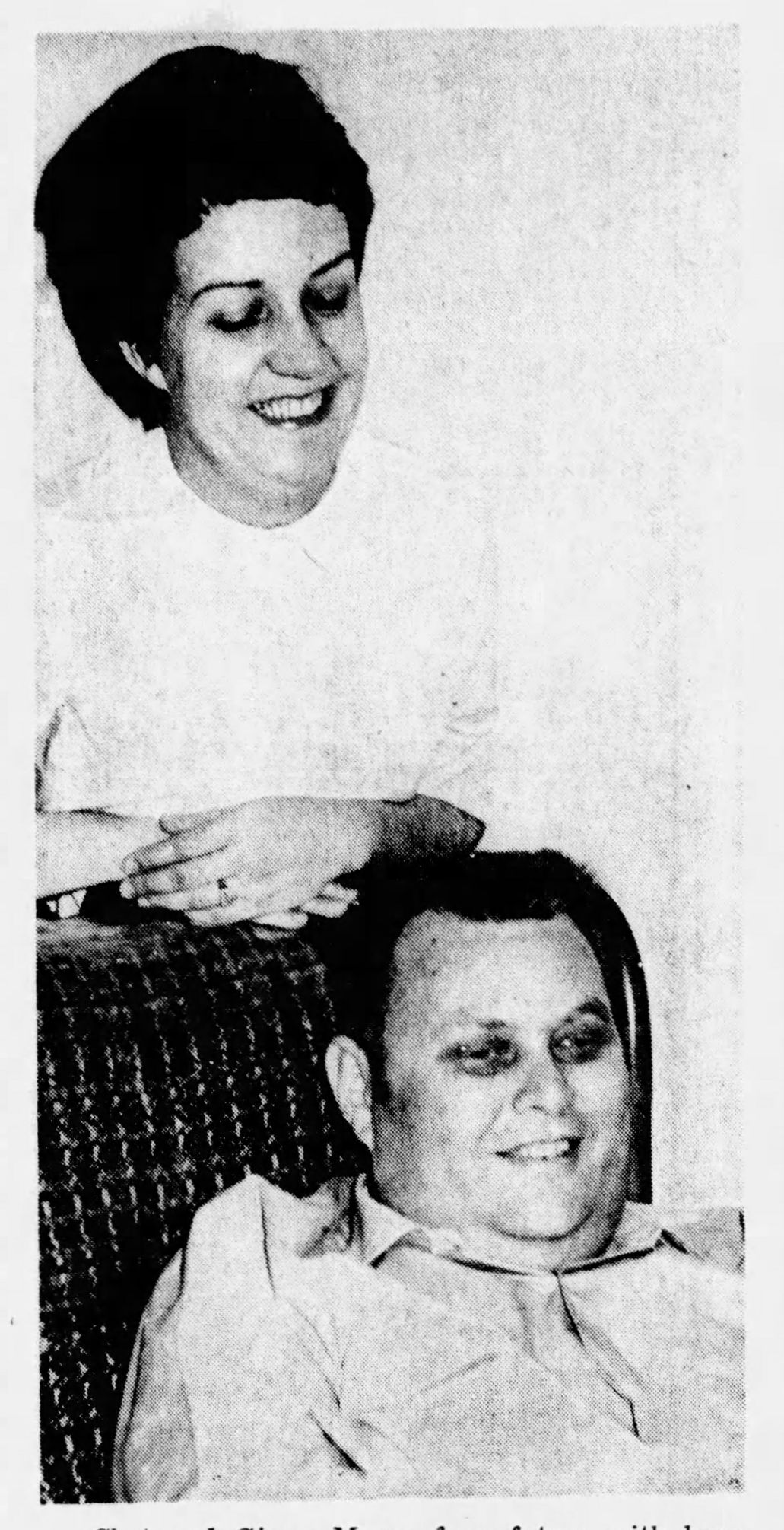 A simple bread delivery turned a potential catastrophe into an early morning inconvenience at the Stone Mill Plaza shopping center in February, 1995.

Larry Neiswender, a delivery driver for Maier’s Bakery, was dropping off a load of bread in the wee hours of the morning on Feb. 23. All of the stores in the plaza were closed.

Neiswender noticed smoke above the Bank of Lancaster County and used a pay phone to call the fire department.

Thanks to his quick action, the fire was put down in a matter of minutes, with limited smoke damage in two or three stores.

A fire marshal was called, however, because firefighters realized they were dealing with arson.

An unknown person entered an unlocked service/storage area behind seven of the plaza’s stores and set fire to some cardboard and other materials. Flames quickly shot up about 15 feet.

All of the stores in the plaza had dropped ceilings, so smoke and fire would have eventually swept through the space above each store.

But thanks to a bread delivery and some quick thinking, the plaza was able to open on time.

New medical technologies and treatments are created all the time, and they can be tremendously helpful -- but only if patients in need can get to them.

Chet and Ginny Myers of Quarryville knew that better than most.

Chet Myers lost 50 percent of his kidney function while serving in the military. Not long after he was discharged, his kidneys stopped functioning entirely. Myers needed a “kidney machine” — a device that would do the job of his nonfunctioning kidneys, cleaning the blood through the process of dialysis — in order to survive.

That need left Myers and his wife with three choices: move Chet into a veteran’s hospital far from home, drive to Harrisburg twice a week for six hour treatments, or purchase a very expensive machine to use in their own home.

The young couple had been making the twice-weekly trips to Harrisburg for some time, driving more than 260 miles a week just to keep Chet alive. The schedule left Chet weak and exhausted. With two full days a week lost, he also was unable to work.

The Tucquan Lion’s Club saw the couple’s predicament and started a drive to raise funds for a home kidney machine so that Chet Myers could work and regain his normal life.

Evangelist calls Lancaster 'pleasure-mad' in 1920; youth violence a concern in 1995 [Lancaster That Was]

Ginny Myers learned how to operate the machine at Polyclinic Hospital in Harrisburg so she would be able to give Chet his treatments at home.

Chet Myers was grateful for his life and the treatment that kept him going. He and his wife “faced the future with hope.”

Enos Finfrock of 214 N. Mulberry St. reported to police that while pulling out of a parking space in his pickup truck, he hit a street light and broke its base.

Ruth Colin, 22, a “girl basketeer,” may have fractured her leg. Colin was taken to the Columbia Hospital. She was unable to explain how the accident happened.

So, you want to watch the geese at Middle Creek Wildlife Management Area?

Bertha Hiestand, 70, of Salunga was admitted to Lancaster General Hospital for x-ray studies. Hiestand sustained injuries when her small grandchild moved her chair as she was sitting down.

And on a lighter note, this newsy brief about a new kitchen product: “A new aluminum foil for household use can be molded into shape for food covers which will lengthen the life of perishable goods.”

What were the national stories captivating Lancastrians in 1920? Take a look:

Lloyd-George And Nitti For Peace With The Soviets