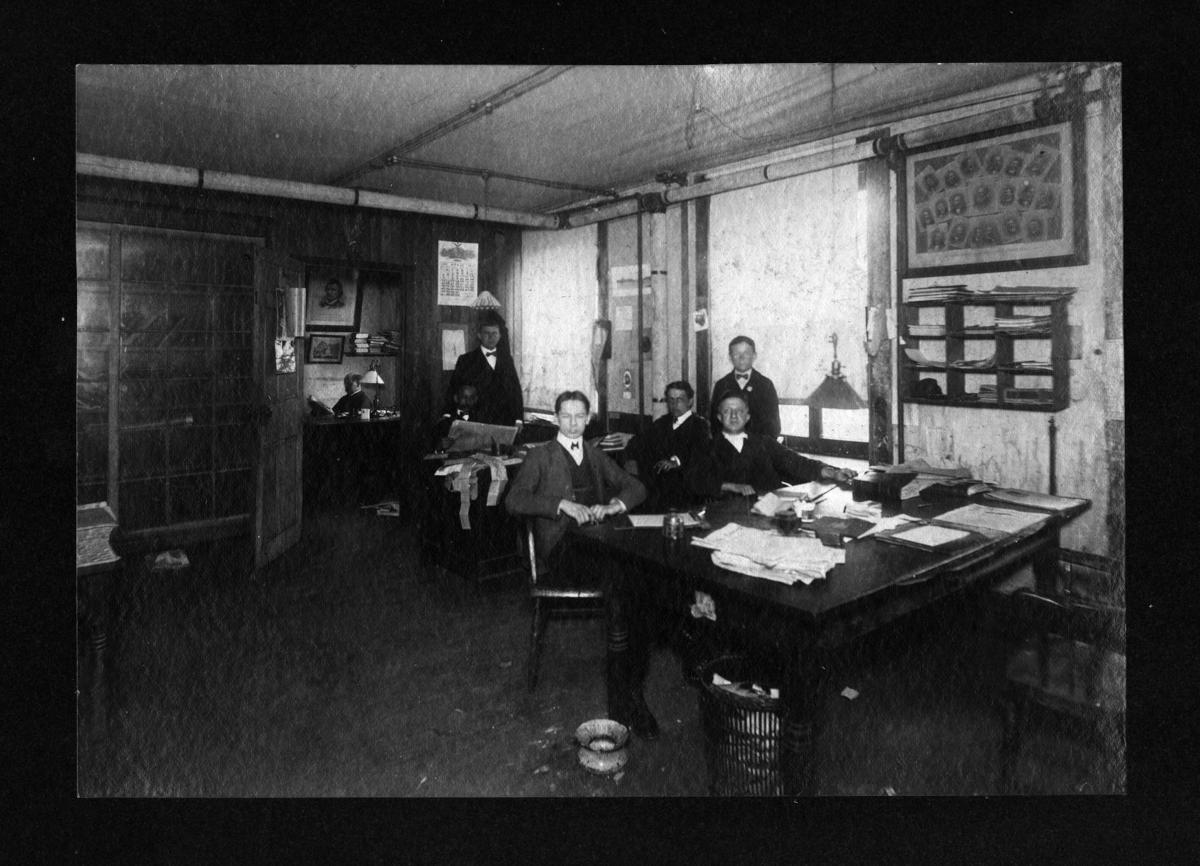 Taken in the Lancaster Examiner Editorial office -- April 1890. The man seated outside the office is Elsworth Wolf, grandfather to Mary Lou Wolf. She said she thinks he was a proofreader. 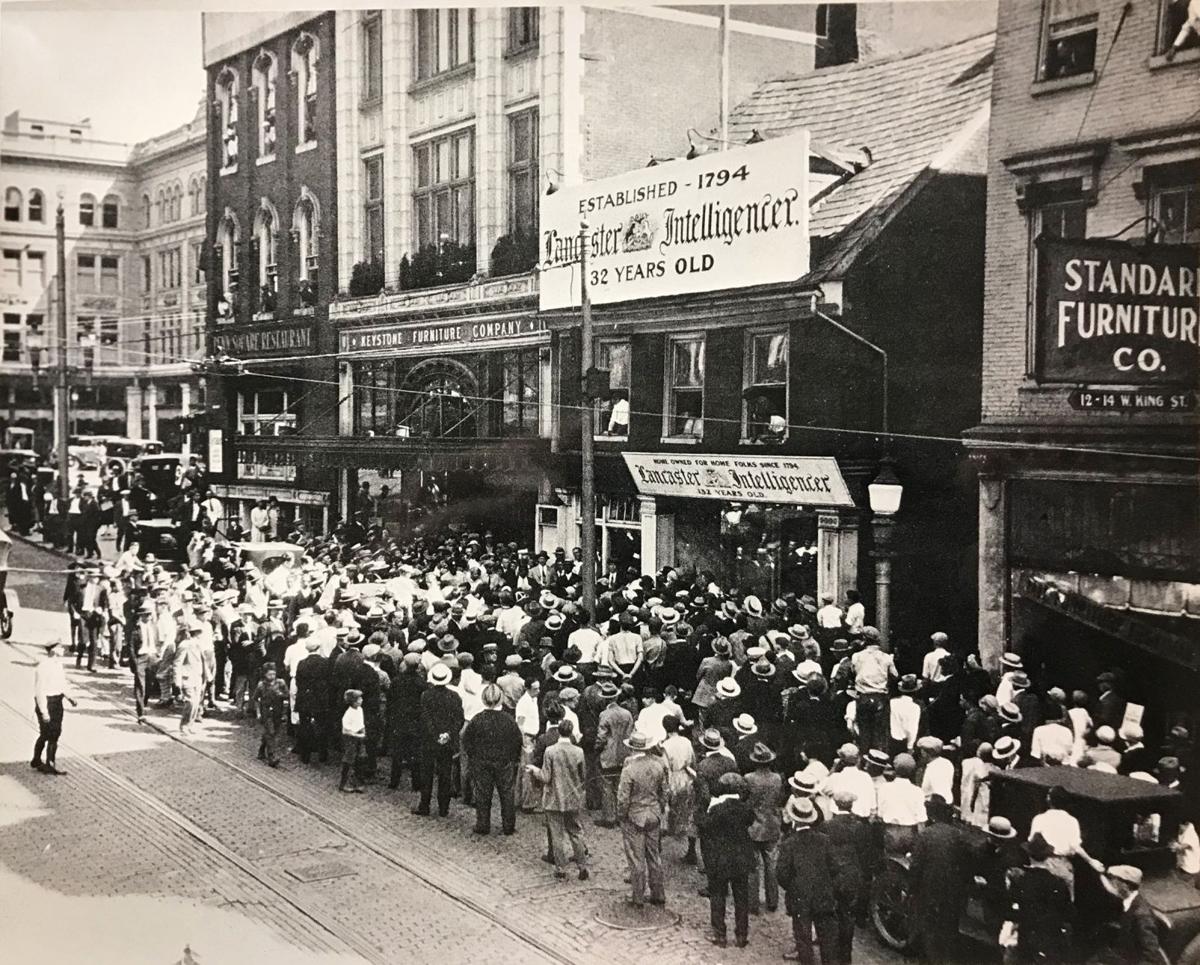 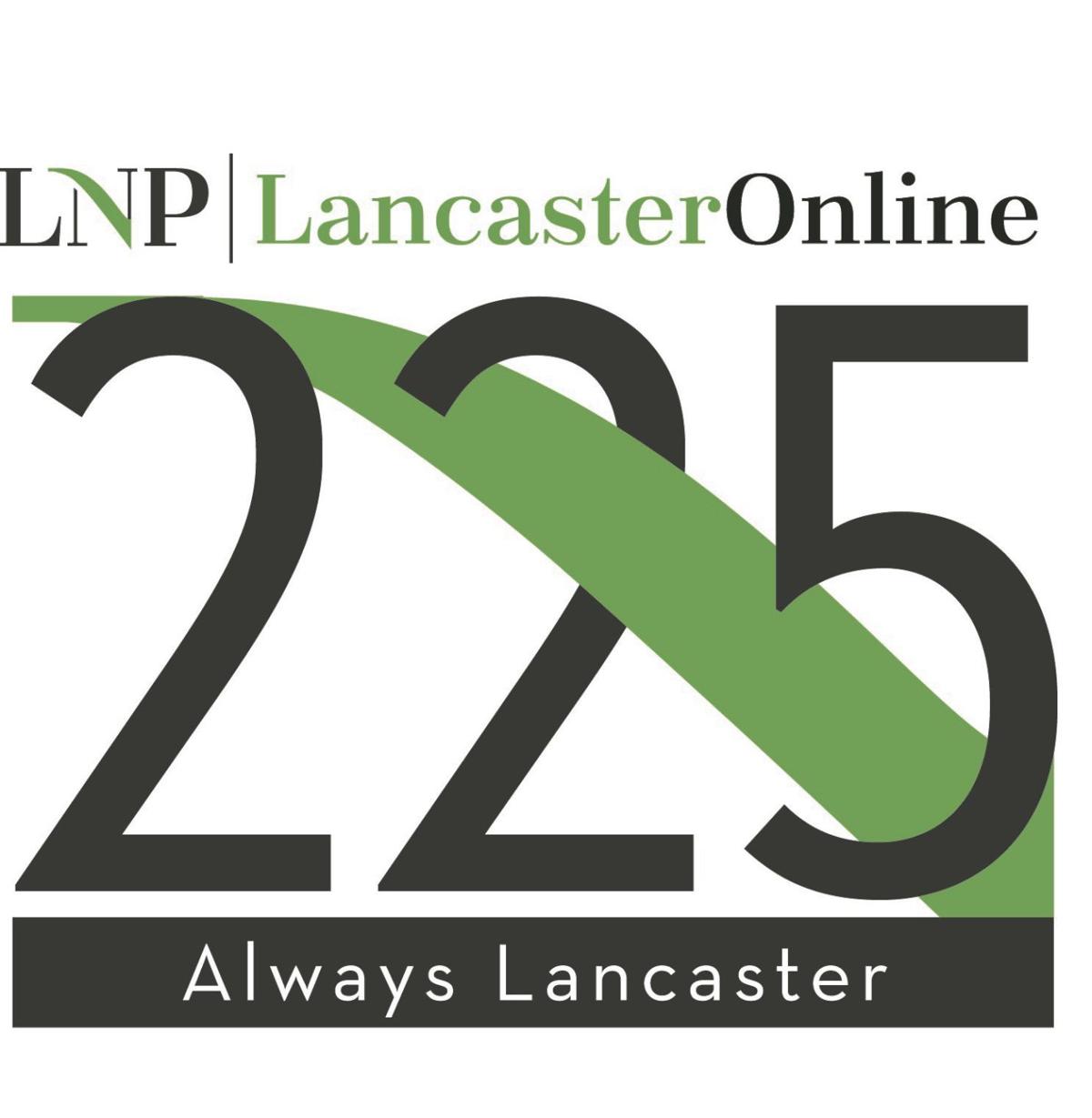 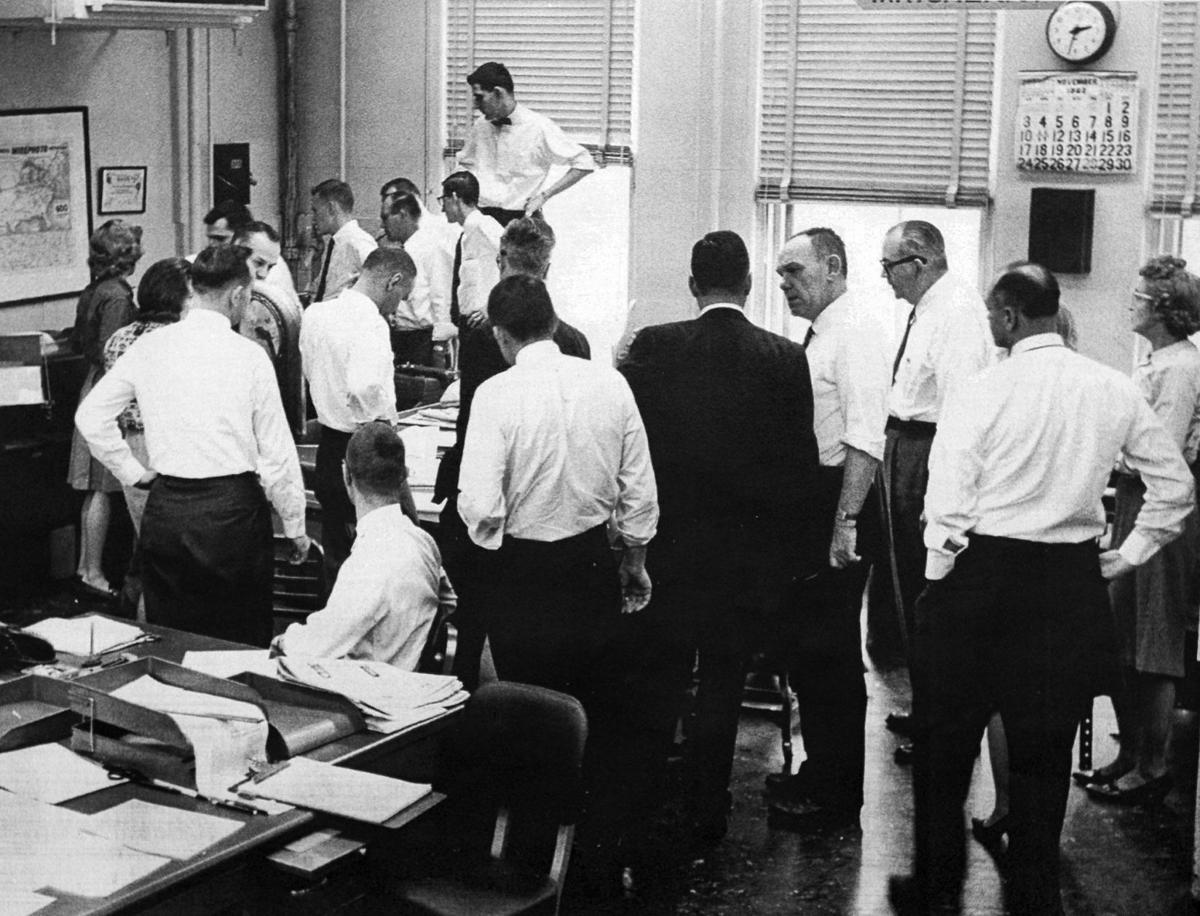 This photo was taken in the New Era newsroom at 2:30 p.m. Nov. 22, 1963, as the news of Kennedy's assassination came across the teletype. 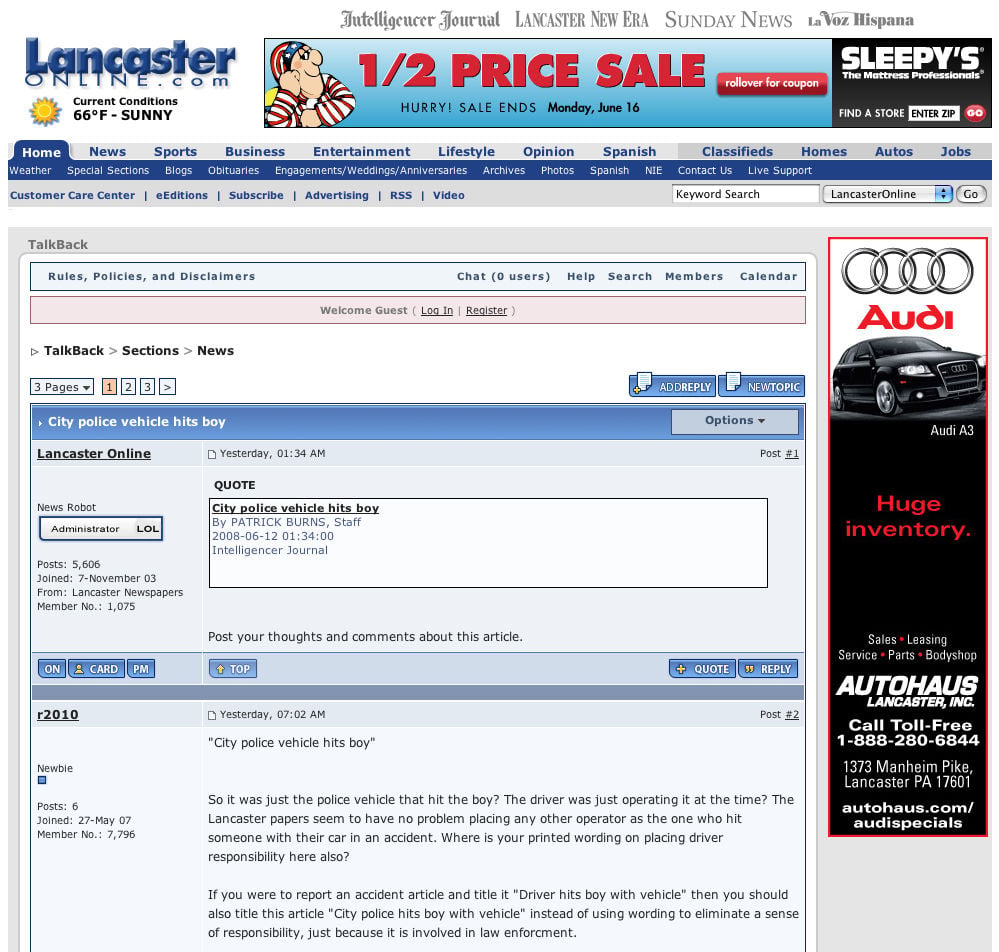 An online page from Lancaster Newspapers’ forum, TalkBack, that shows some postings to a recent newspaper article. 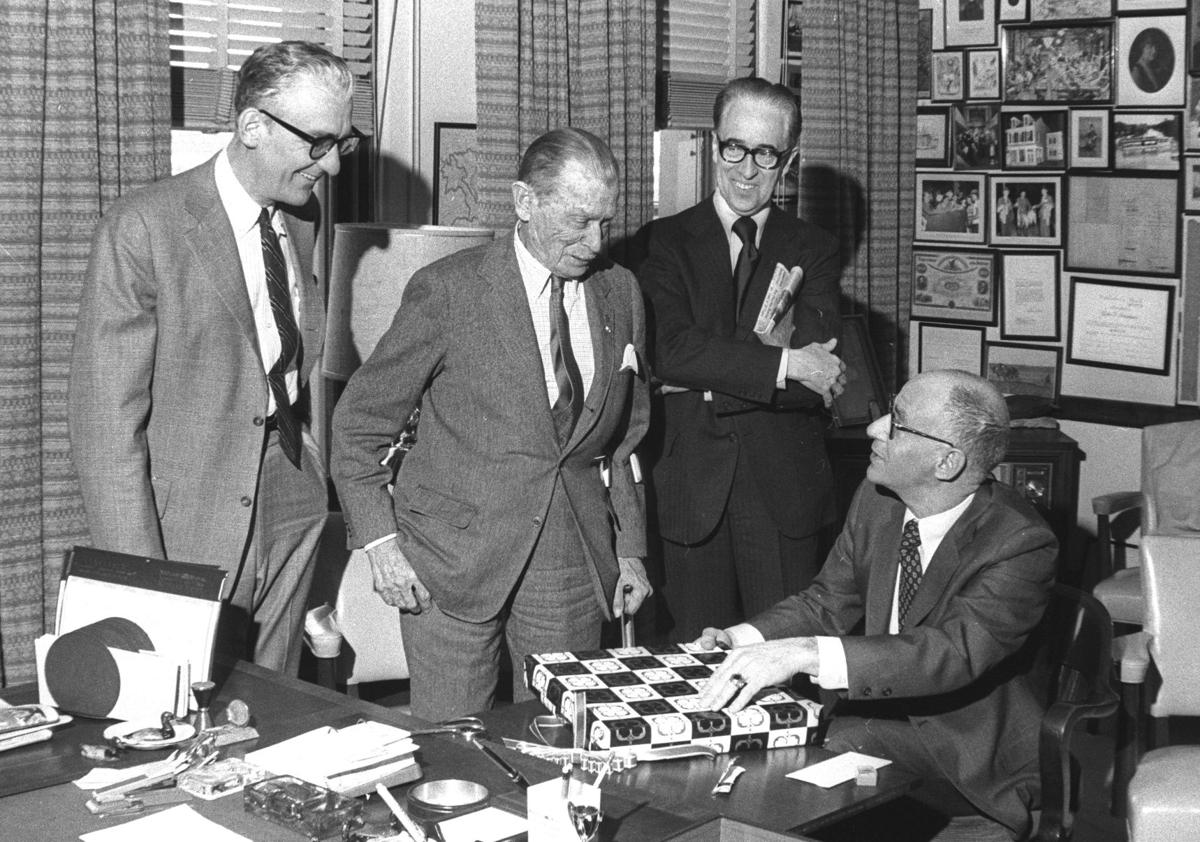 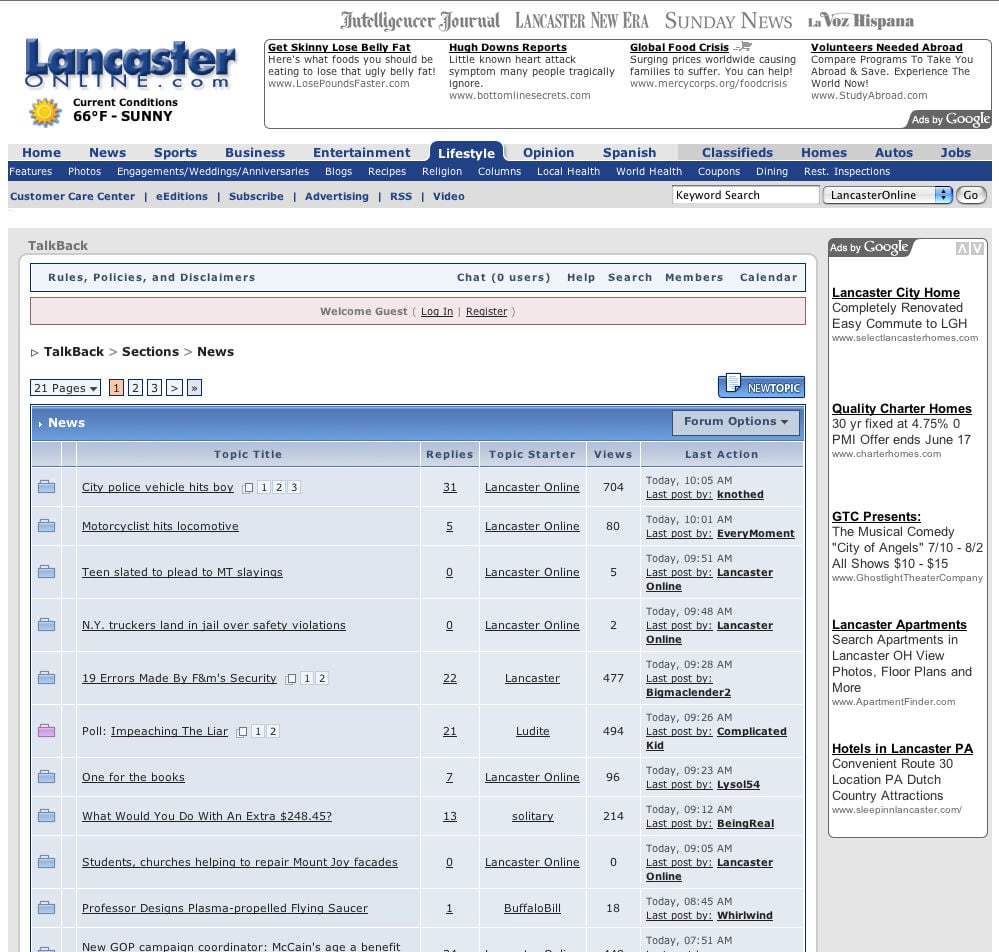 At left is an online page that shows a partial list of “threads.’’

Taken in the Lancaster Examiner Editorial office -- April 1890. The man seated outside the office is Elsworth Wolf, grandfather to Mary Lou Wolf. She said she thinks he was a proofreader.

This photo was taken in the New Era newsroom at 2:30 p.m. Nov. 22, 1963, as the news of Kennedy's assassination came across the teletype.

An online page from Lancaster Newspapers’ forum, TalkBack, that shows some postings to a recent newspaper article.

At left is an online page that shows a partial list of “threads.’’

The newspaper business has evolved considerably in the United States since the Lancaster Journal was first published in a tavern on King Street in 1794.

The value of a free and robust press to a self-governing democracy such as ours, however, remains just as immeasurable.

“Were it left for me to decide whether we should have government without newspapers or newspapers without government,” Thomas Jefferson famously wrote as the fledgling nation was struggling to establish its second form of government in 11 years, “I should not hesitate a moment to prefer the latter.”

The Founding Fathers understood the important role newspapers and journalists served as a check on government then — a government, Jefferson wrote, that was to be founded in the “opinion of the people” who have access to “full information of their affairs thro’ the channel of the public papers.”

It is in that vein that LNP journalists do their work today. The staff of reporters and correspondents investigate and report on all matters of relevance and concern to the citizens of Lancaster County, exploring the dark corners of government and serving as watchdogs on public affairs.

Their methods have changed over 225 years. The world in which the Journal was first published was far different; imagine life without electricity or motorized transportation.

The fundamental tenets of the craft, though, remain firmly intact, even if the business model itself has evolved in major ways around it.

Evolution of an industry

In the beginning, the newspaper business was dominated by journeymen printers and general printing establishments. Lancaster was a hotbed of both; Benjamin Franklin was an investor in one, and Francis Bailey’s print shop in the heart of Lancaster’s downtown was an official printer to both U.S. Congress and the commonwealth.

Newspapers served as portable billboards. The front page of what was typically a two- to four-page publication was composed of what is now considered classified advertising. Some printers were paid to publish political screeds or include short notes about noteworthy happenings. Local news was not considered important because of the limited population and the nature of public discourse, and news from afar was difficult to obtain.

As the printing process became more mechanized, allowing for the production of larger volumes of newspapers, the business morphed into a profession. Newspaper editors and owners sought to influence the public and often were identified with political parties or issues. The financial rewards were not great, but the ability to sway public opinion was a great vanity for those involved.

When A.J. Steinman first got involved with the Intelligencer in 1866, it, like the Democratic Party it supported, was struggling. Steinman was serving as chairman of the county Democrats at the time, and he used the newspaper to advance his political views.

By the early 20th century, newspaper management became a sound commercial venture. It continued in that vein until the very end of the century and the commercialization of the internet. During this period, journalism schools proliferated and journalistic norms were established — an emphasis on impartiality and truth as an ultimate goal.

The Lancaster Morning Journal, founded in 1909 by Steinman and his nephew, Charles Steinman Foltz, was established as an independent, or nonpolitical, voice for the community. The retreat from partisanship was a big step for A.J. Steinman.

His sons, J.F. and J.H. Steinman, treated the newspapers they inherited as a manufacturing enterprise rather than a political tool. They also sought to make their papers the best newspapers in the garden spot of America.

Since the Steinman brothers took control of the newspapers, this news organization has pursued a singular bias: making Lancaster County an even better place tomorrow than it is today.

This has manifest itself in many ways.

The most obvious is the profit-sharing between the shareholders and their foundations. The brothers each established charitable foundations in 1951. The Steinman Foundation, a combination of the two original foundations, has given more than $90 million to philanthropic endeavors across Lancaster County and holds about $100 million that is dedicated to improving the quality of life in the communities here.

Some question our future given the proliferation of social media. The answer is simple. We are not a social media enterprise; we are on a mission to preserve and enhance the quality of life in Lancaster County.

We do not idly seek page views or likes on social media platforms for instant gratification.

We do not serve digital advertisements that are viewed only by other machines. Our business model is not based on automating our journalism and being unable or unwilling to validate the truth of the comments presented.

We are not forced to make repeated claims to clean up our websites or eliminate malicious actors, as some social media platforms are, because we employ real people, in real time, to ensure the accuracy of the news and information we provide.

We do not sell or trade our data to others who may have sinister intent.

We employ real journalists to review everything  we produce — be it in print, online or in video — to ensure its quality.

We may not always get things right, but when we err, we do our best to ensure that the mistakes are corrected.

Our Opinion pages are so labeled to distinguish clearly opinion from fact.  Every letter to the editor we publish on our Opinion pages is reviewed with the writer to ensure that we publish what a real person intends to communicate to our community.

We are the product of 225 years of adaptation and innovation.

On behalf of all of my colleagues at LNP Media Group, I thank you for reading our work, sharing your stories with our staff and advertising on our pages. I look forward to working with you to inform our community together so we can make tomorrow’s Lancaster County even better than today’s.

Robert M. Krasne is the publisher of LNP and chairman of Steinman Communications.

For more on LNP's 225th anniversary:

LNP 225: Zachary Taylor comes to town - and no one particularly cares

LNP 225: JFK comes to the aid of a fallen woman in Lancaster

A QUESTION OF PATRIOTISM: A letter to the editor from 1918

From 1794's Lancaster Journal to now, a look at 225 years of journalism in Lancaster County [timeline]

LNP is celebrating its 225th anniversary this year. This timeline highlights important company events since the first edition in 1794. Browse …

LNP celebrates 225 years: Share your memories of Lancaster and its newspapers with us

The newspaper has been a part of the fabric of life in Lancaster County since 1794, when the Lancaster Journal started publishing in a tavern …

Have a question about the news? Ask an editor as we mark 225 years of Lancaster newspapers

Have you ever wondered how we at LNP and LancasterOnline decide what goes on the front page and homepage?

Ask An Editor: Why are there so many editorials from papers 'with a very strong, liberal slant'?

225 Lager: Here's where you can get the St. Boniface/LNP collaboration beer

In celebration of our newspaper’s 225th anniversary this year, LNP - LancasterOnline has joined forces with St. Boniface Craft Brewing Co. to …

Ask An Editor: LNP is reprinting old front pages, but why aren't they big enough to read?

On June 17, 1794 -- exactly 225 years ago today -- the first issue of The Lancaster Journal was published by William Hamilton and Henry Willco…

A thank you from LNP's publisher, president as we celebrate 225 years: You inspire us

On June 17, 1794, in a room above a bar on West King Street, the first issue of what was then known as the Lancaster Journal was printed and c…

The early days of Lancaster journalism: A front page from 1795