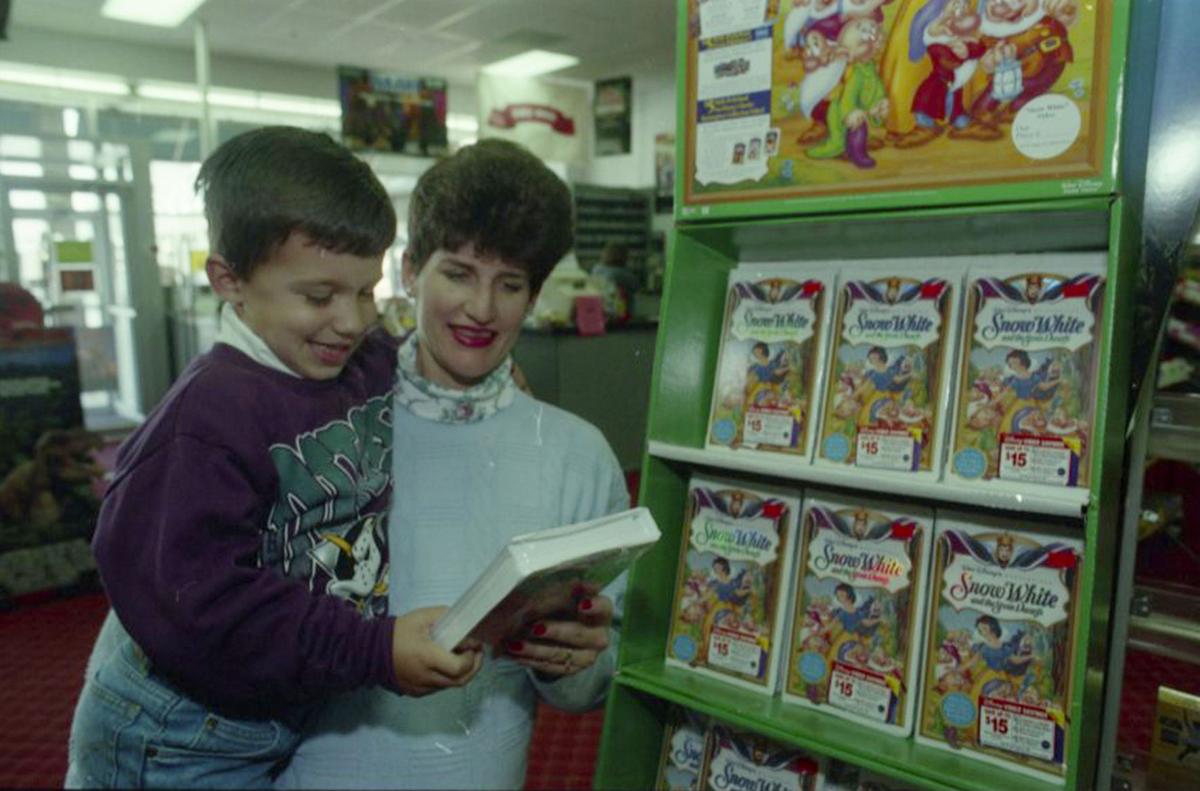 Ryan Pastrana, 4, and mother, Karen, heigh-ho’d it over to Video Manor in the Manor Shopping Center on Oct. 27, 1994, to check out the just-released “Snow White and the Seven Dwarfs.” 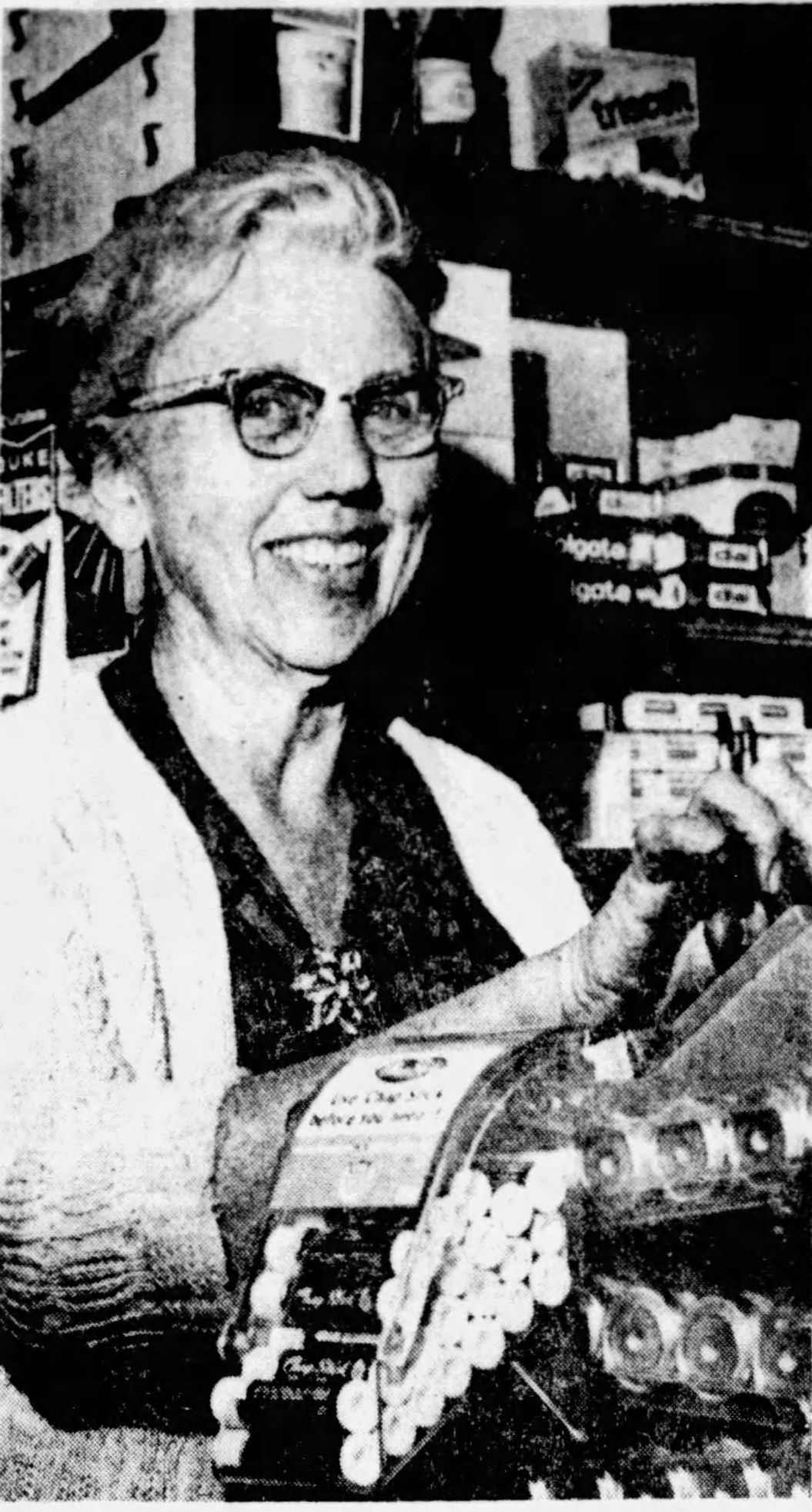 Ryan Pastrana, 4, and mother, Karen, heigh-ho’d it over to Video Manor in the Manor Shopping Center on Oct. 27, 1994, to check out the just-released “Snow White and the Seven Dwarfs.”

25 Years Ago: The Oct. 27, 1994, New Era reported on two Chinese gang members who were key witnesses in the killing of Rong Rong Xu, 37. She was killed execution-style in the Peking Restaurant, East Drumore Township. Prosecutors targeted a New York “Chinatown godmother” and a “money middleman” as the murder case opened in local court. Gang member Cho Yee Yeung admitted his part in the killing and provided information implicating the other two gang members.

Also in that edition: “Snow White” proved that she hadn’t lost one bit of appeal since her debut in 1937. County residents were quickly snapping up the first-ever home media release of Disney’s first feature film. The VHS movie had 27 million pre-orders nationwide. Ruth Kelly, owner of Video Concepts Plus on Fruitville Pike, said that parents’ nostalgia was driving sales, rather than the wishes of their children.

Check out this first edition children's book and learn what it's worth in this week's episode of 'What's It Worth? with Dr. Lori'

50 Years Ago: More men were choosing nursing as a career, according to the Oct. 27, 1969, Intelligencer Journal. A reporter spoke with two men who were part of the upswing. Derl H. Gilbert was already a registered nurse doing graduate study in Philadelphia. Roger Jaquelin, a Lancaster nursing student, said the stereotype did “sting them now and again.” Gilbert actively recruited men to the profession, especially those who had served as medics in the armed forces.

The same edition included a feature on Sylvia Mellot, who had served the Willow Street community in one way or another for more than 30 years. Early on, Mellot handled dispatch calls for the Fire Company and ambulance services, right from her home. She became a teacher, married and opened a plumbing supply store with her husband in 1936. She and son Glenn still ran the store in 1969.

Check out the Intelligencer Journal front page from Oct. 27, 1969.

75 Years Ago: Halloween mischief stared early in Lancaster County, according to the Oct. 27, 1944, Intelligencer Journal. City and State Police were kept on their toes chasing pranksters, and several boys were caught. Among the pranks were vandalism in the city, tearing down a fence, breaking windows, cutting wash lines, strewing trash in the street and setting fire to shocks of corn.

The same edition reported that firemen rushed to the Hamilton Club in response to reports of smoke. When they arrived, they learned the source: six chicken dinners burned beyond recognition. Kitchen staff extinguished the fire before firefighters arrived, but diners were out of luck for the evening.

Check out the Intelligencer Journal front page from Oct. 27, 1944.

100 Years Ago: The Oct. 27, 1919, New Era reported that eight Pennsylvania counties would contribute to and benefit from transportation of goods if the Susquehanna River could be made navigable. The United States Engineers Office undertook a preliminary study of the water and surrounding land. If the river was navigable, 2,222 industrial plants producing $323,997,844 worth of goods would find ready shipping access for their products, the study found. The area’s agricultural produce would benefit as well.

Also in that edition: A special meeting of the Bell Telephone Company of Pennsylvania resulted in a new president for the business. L. H. Kinnard, who had been the leader of the Lancaster office before moving up to state posts was given the position. Kinnard steadily rose through the ranks, holding positions all over Pennsylvania. He also served two years in France.