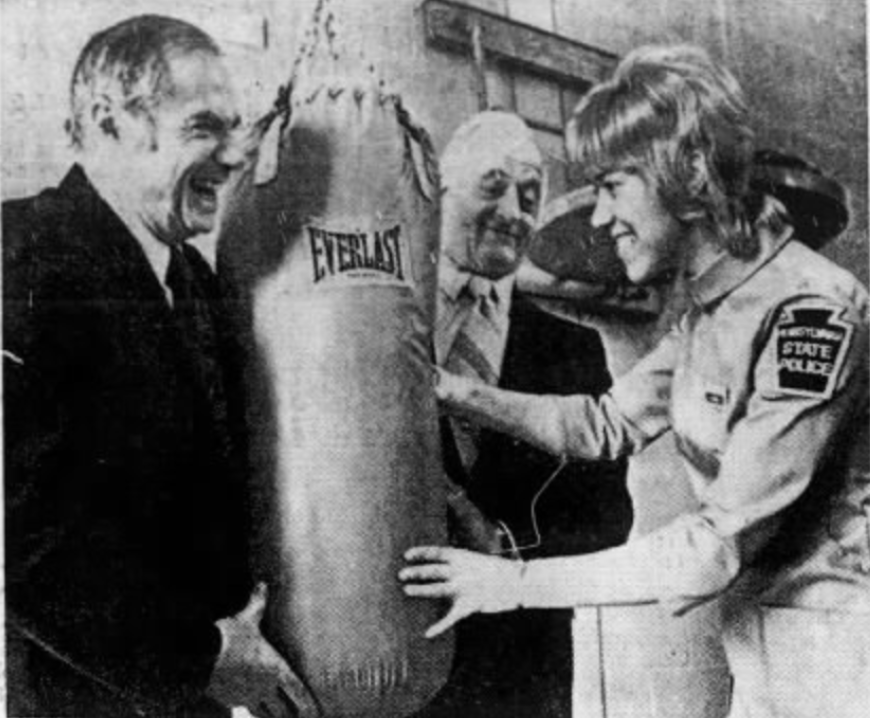 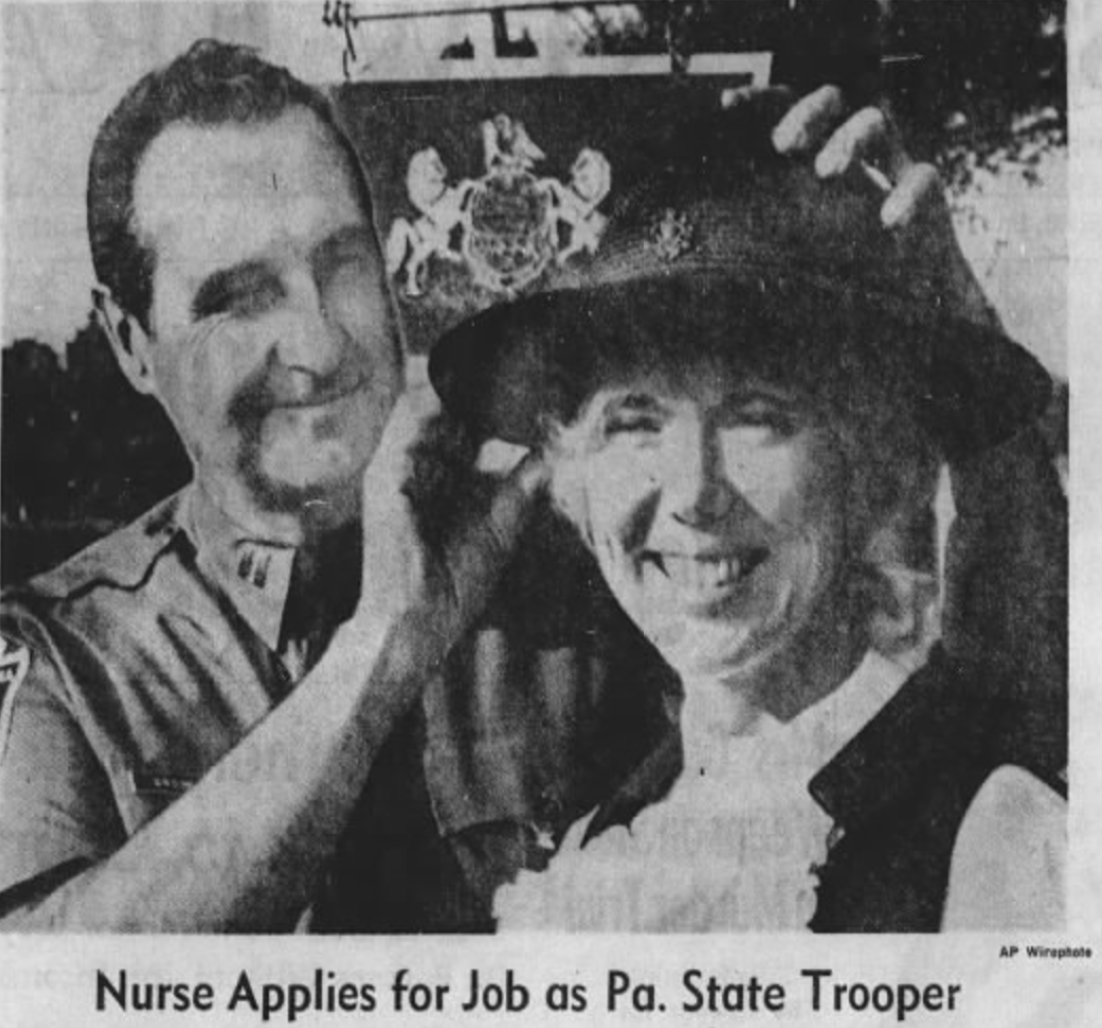 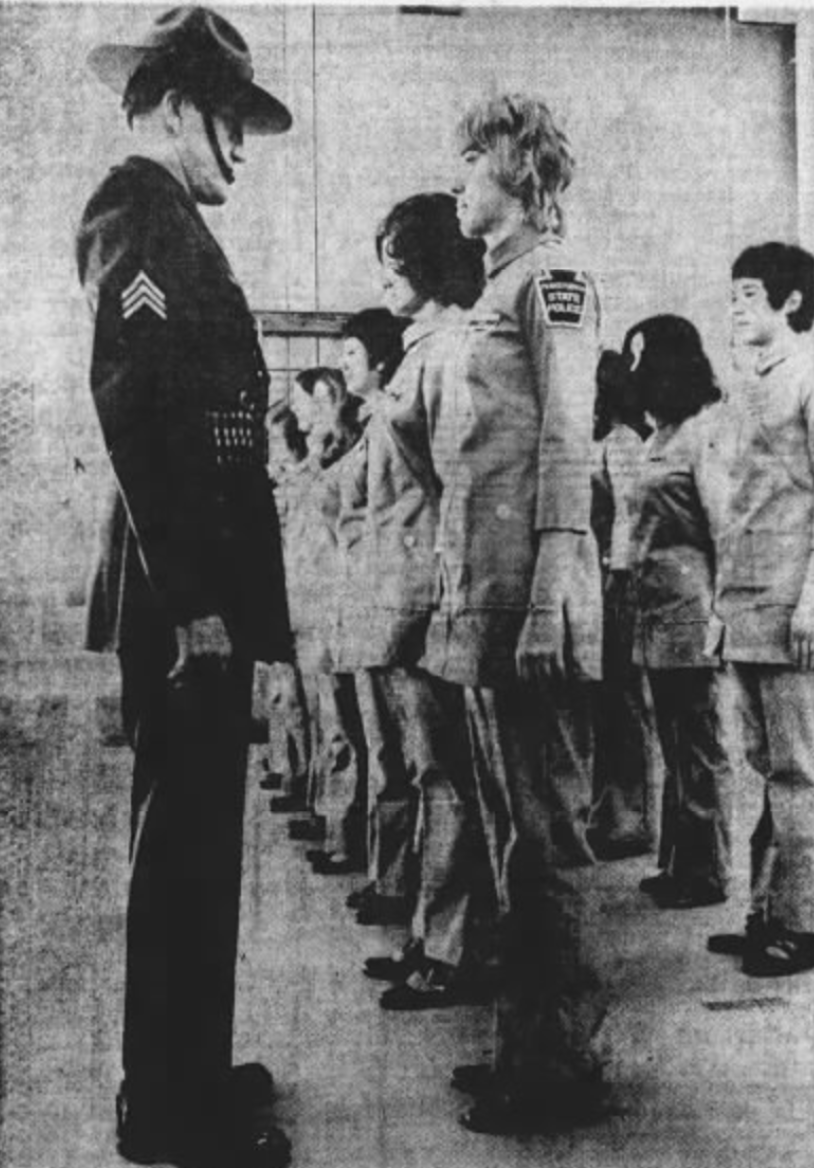 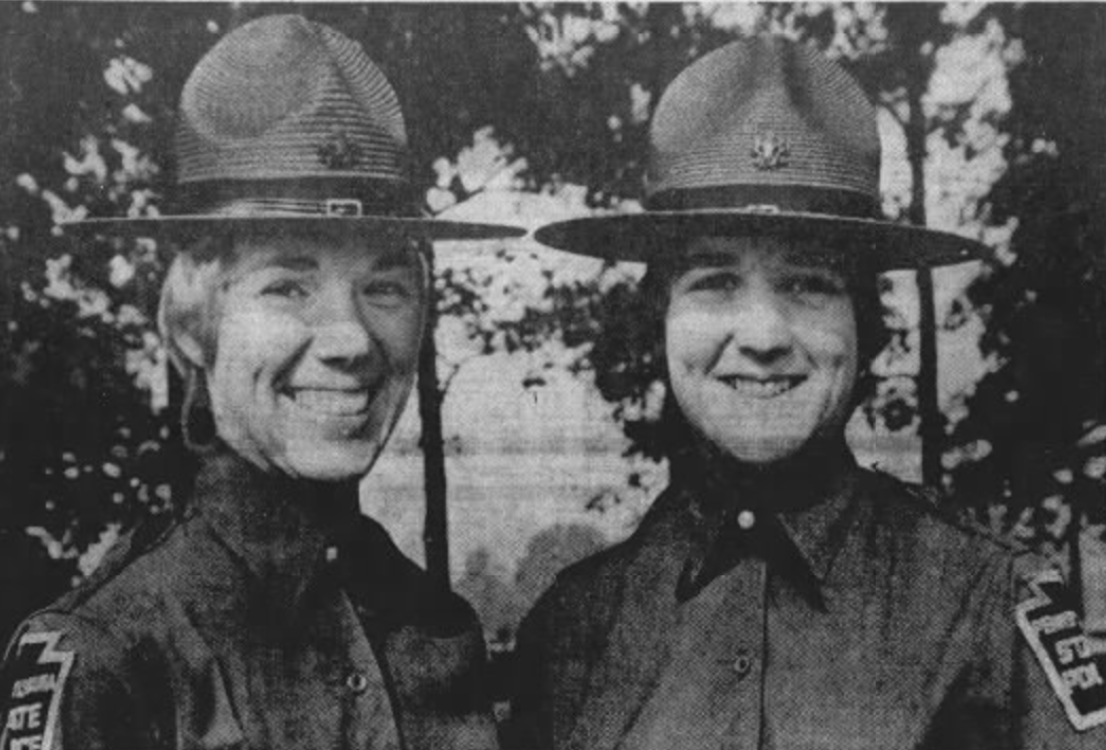 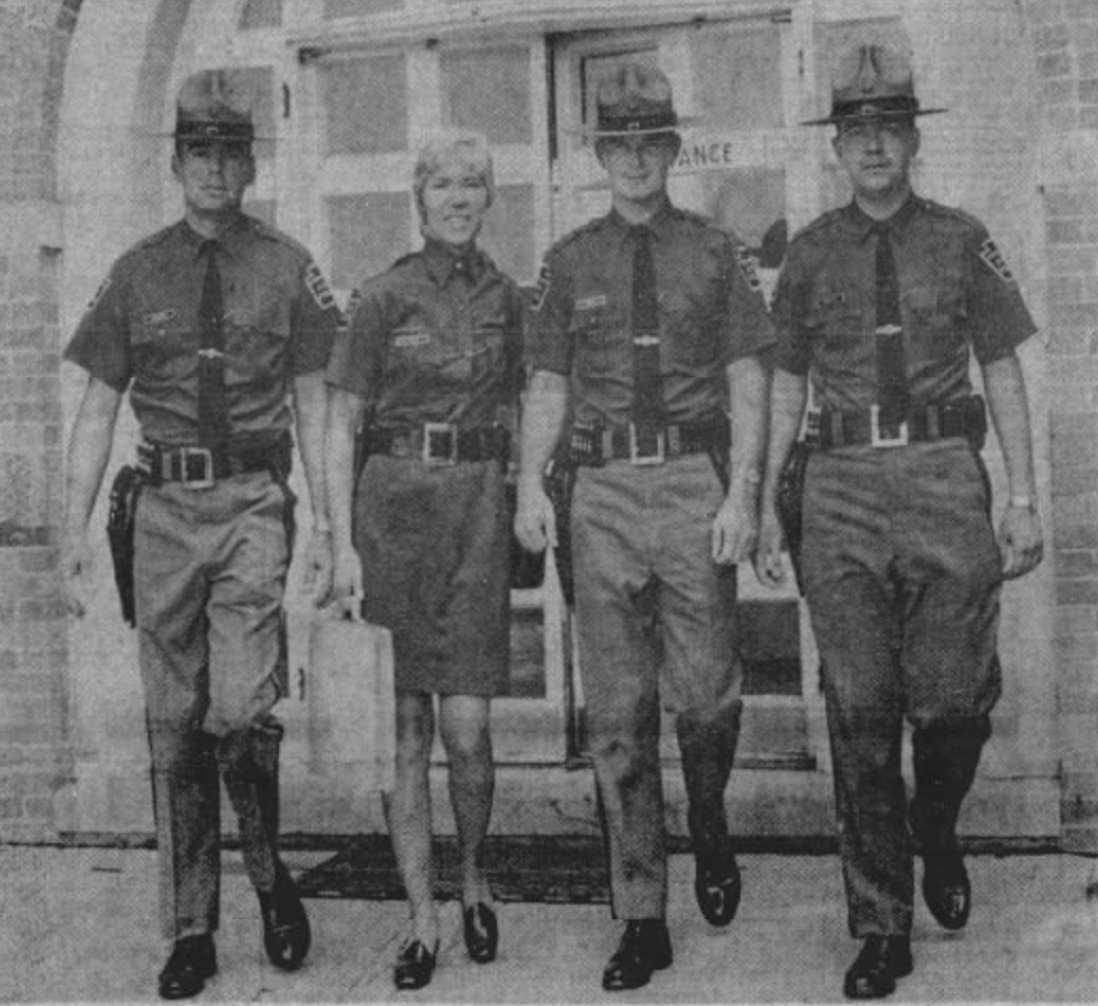 In 1972, women were admitted to the Pennsylvania State Police Academy in Hershey for the first time in that organization's 67-year history.

One of the 15 women who started that six-month training program - and one of the 14 who finished it - was Romaine Engle, a Hummelstown woman who was assigned to the Lancaster County barracks upon completing the course.

Now Romaine Edwards, she retired from the force in 1999 and currently lives in East Donegal Township.

Here's a look at how the newspapers of Lancaster County covered Engle's trailblazing entry into the force.

The first story about Engle in local papers appeared Sept. 29, 1971, in the New Era. A short Associated Press piece, it focused on the fact that the 26-year-old Engle, a registered nurse, had applied to be a member of the first state police academy class to admit women. The accompanying photo shows her trying on a state trooper's hat.

By Jan. 27, 1972, Engle had been accepted into the class and was beginning her training. This front-page New Era story seemed to see the whole concept as a novelty, and stressed that the women troopers would indeed be trained the same way as the men - with the exception of replacing the men's boxing and wrestling with judo and karate.

Engle completed her six-month training and in July 1972 was assigned to her post at the Lancaster barracks of the Pennsylvania State Police. In a curious coincidence, all three Lancaster newspapers - the Intelligencer Journal, the New Era and the Sunday News, referred to her as a "gal trooper" in their respective headlines.

On graduation day - July 7, 1972 - the New Era featured a front-page photo of Engle alongside her fellow graduate Ann Metcalf. Metcalf was from Willow Street, but was assigned to the Philadelphia barracks after her graduation.

Engle's first day on her new job was July 17, 1972, when the headline "Trooper in a skirt starts career in county" graced the front-page story about this trailblazer of Pennsylvania law enforcement.

Over the years - and decades - to come, Engle, later Edwards, would appear in the local newspapers regularly. But not for the novelty or groundbreaking nature of her historic role in Pennsylvania law enforcement - simply for the day-to-day tasks she undertook as a state trooper.

The thin pink line: A look at women and law enforcement in Lancaster County

'Play alone and like it': What kids did to entertain themselves during the quarantine of 1941

Now that Gov. Tom Wolf has announced the closure of Pennsylvania schools until further notice - and with social distancing affecting children …