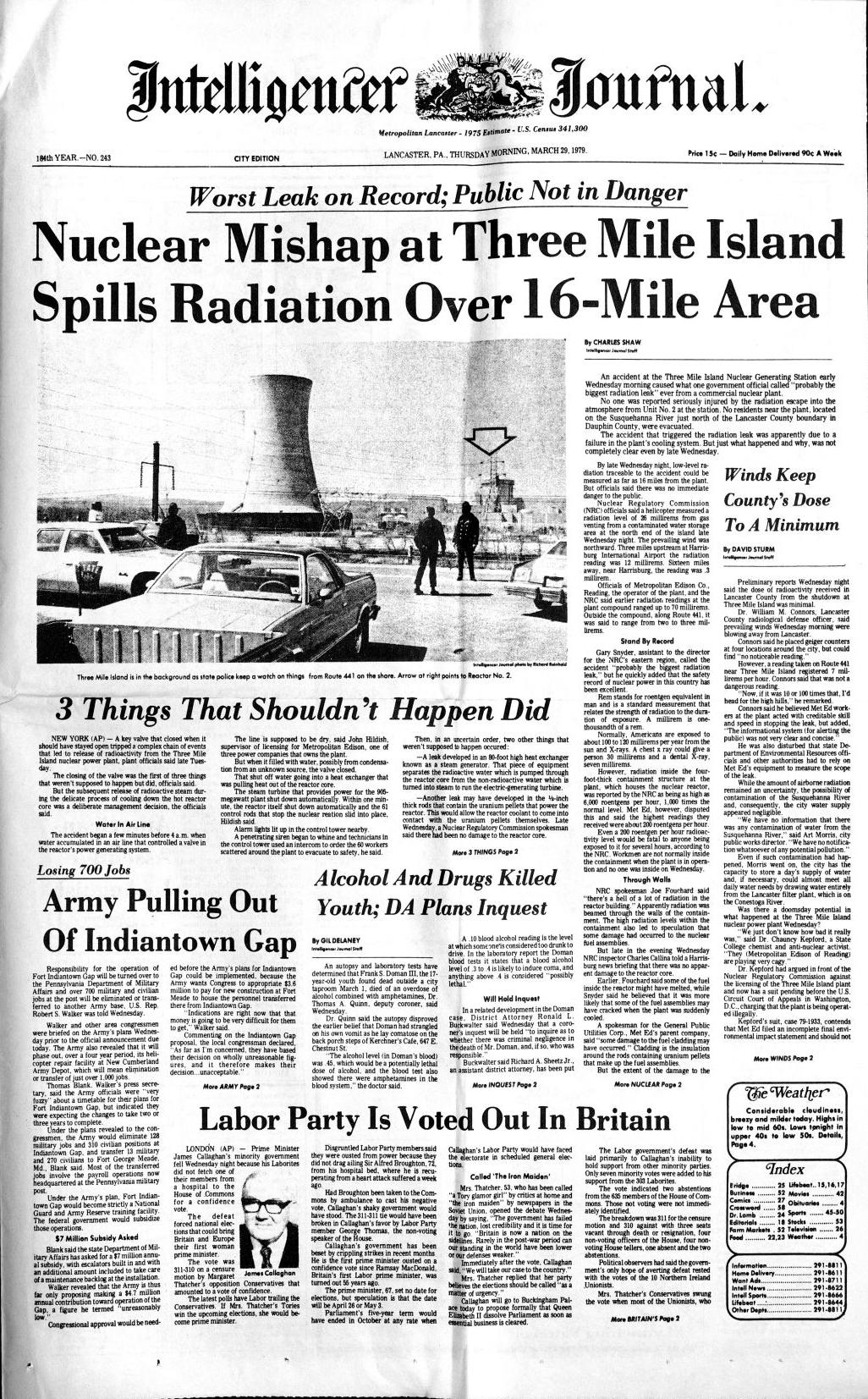 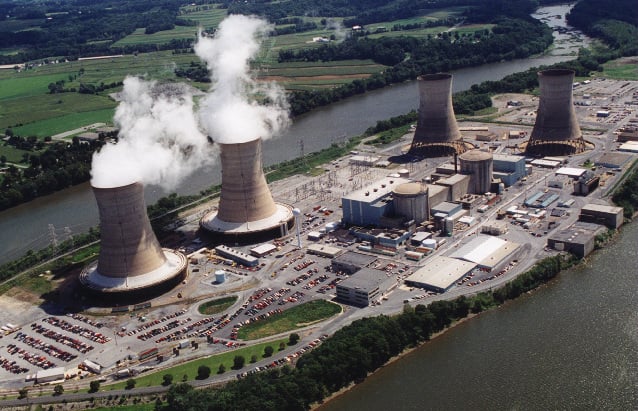 The Three Mile Island nuclear plant is shown in this aerial file photo. The active Unit 1 reactor is at left with vapor coming out of its cooling towers. The shutdown Unit 2 reactor complex involved in the 1979 accident is in upper right of photo. 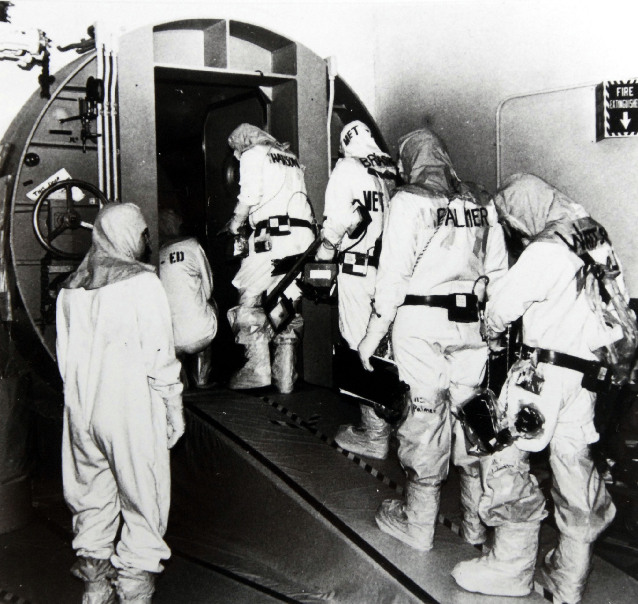 The earliest newspaper to which today’s LNP traces its roots was the Lancaster Journal, first published on June 18, 1794, by William Hamilton and Henry Willcocks from a news office located in a tavern building at the King Street site of the current LNP building.

To celebrate 225 years of Lancaster newspapers, we present this series of 52 front pages from the history of the newspapers which would eventually become LNP.

On March 28, 1979, a power plant on an island in the Susquehanna River became a flashpoint in the battle over nuclear power, and the name Three Mile Island became known all over the world.

The incident, described in the March 29, 1979, issue of the Intelligencer Journal as an accident with the cooling system, was later discovered to be a partial core meltdown.

+52 Three Mile Island, looking back on 40 years since partial meltdown in 1979 [photos]

The top headline here, “Worst leak on record; public not in danger,” perfectly encapsulates the mixed messages in the immediate aftermath of the TMI meltdown, which remains the worst accident in the history of nuclear power in the United States. Residents were told that measurable radiation linked to the incident had been measured as far as 16 miles away; they were also told there was no danger to the public.

Though prevailing wind directions favored Lancaster County, sending most of the radiation in other directions, thousands of county residents fled the area in a voluntary evacuation.

To this day, the question of whether anyone was harmed by the incident remains up for debate, as measuring health effects is an inexact science, and cancer inventories at the time were lacking.

One thing that’s not up for debate is the extent to which TMI influenced the conversation – nationally and globally – about nuclear power. Existing plants were retrofitted with more safety features, and public perception of the safety of nuclear power was drastically reduced.

This week, we look at a World War II lantern on 'What's It Worth? with Dr. Lori'

The Three Mile Island incident reverberated through popular culture as well, with “I survived TMI” merchandise sold all over Central Pennsylvania. Bands all over the world referenced the event in their lyrics, including politically active Australian group Midnight Oil, whose song “Harrisburg” was a dirgelike indictment of the risks of nuclear power.

Locally, a board game called “React-or” was designed and handmade by York County residents Diane and Edward Sandnes with the help of their then-six-year-old son, Adam. The game involved players trying to move through an overheating reactor with as little radiation exposure as possible. Three hundred copies of the game were made, but only about 100 were sold in local shops. The game was never sold nationally.

It’s been more than 41 years, but Stephen Mohr still remembers how he knew something went wrong at the nuclear power plant on Three Mile Island.

Agreeing to a settlement, state regulators are no longer challenging a plan that could lead to the dismantling of Three Mile Island’s Unit 2 r…