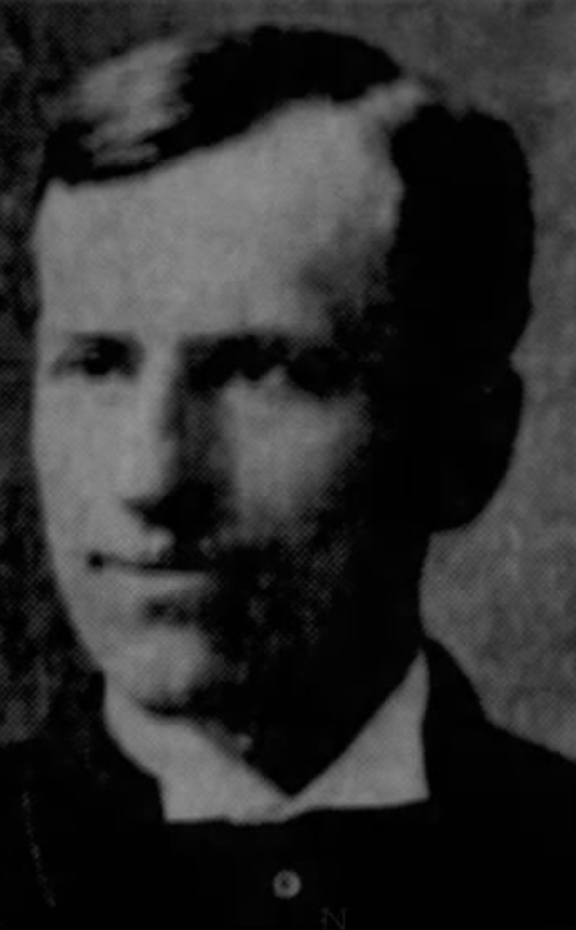 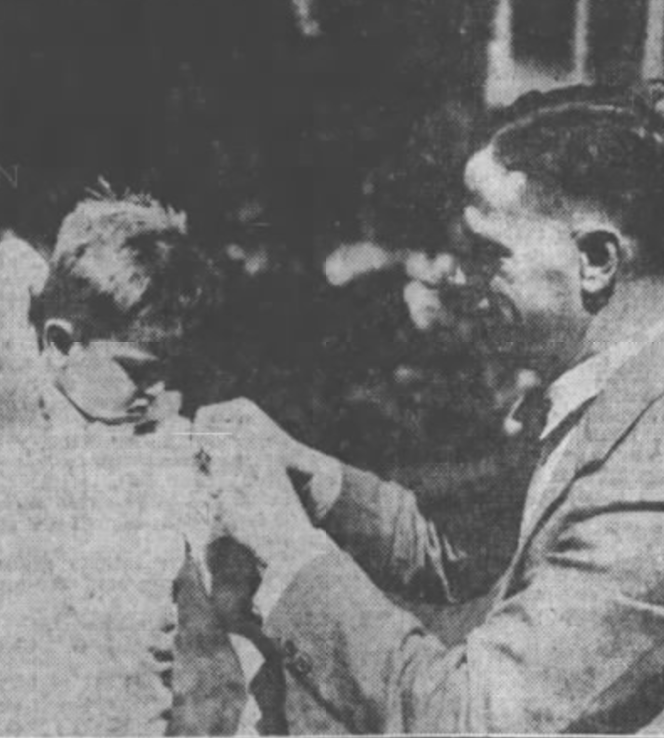 A Lancaster County child receives a smallpox vaccine produced at the former Marietta Vaccine Farm, then known as Gilliland Laboratories, in this 1926 photo. 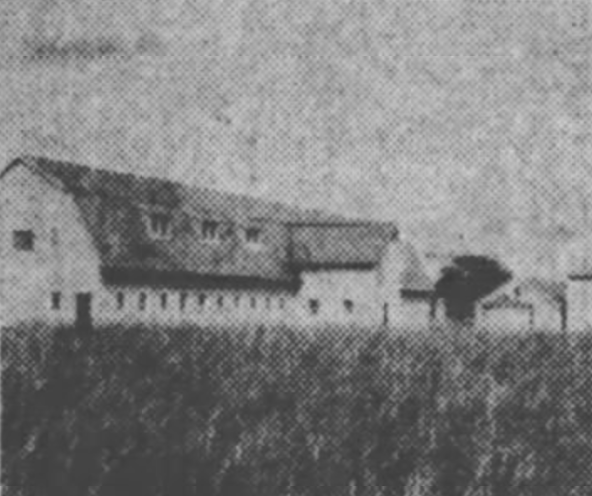 One of the buildings of the former Marietta Vaccine Farm is seen in this 1926 photo. 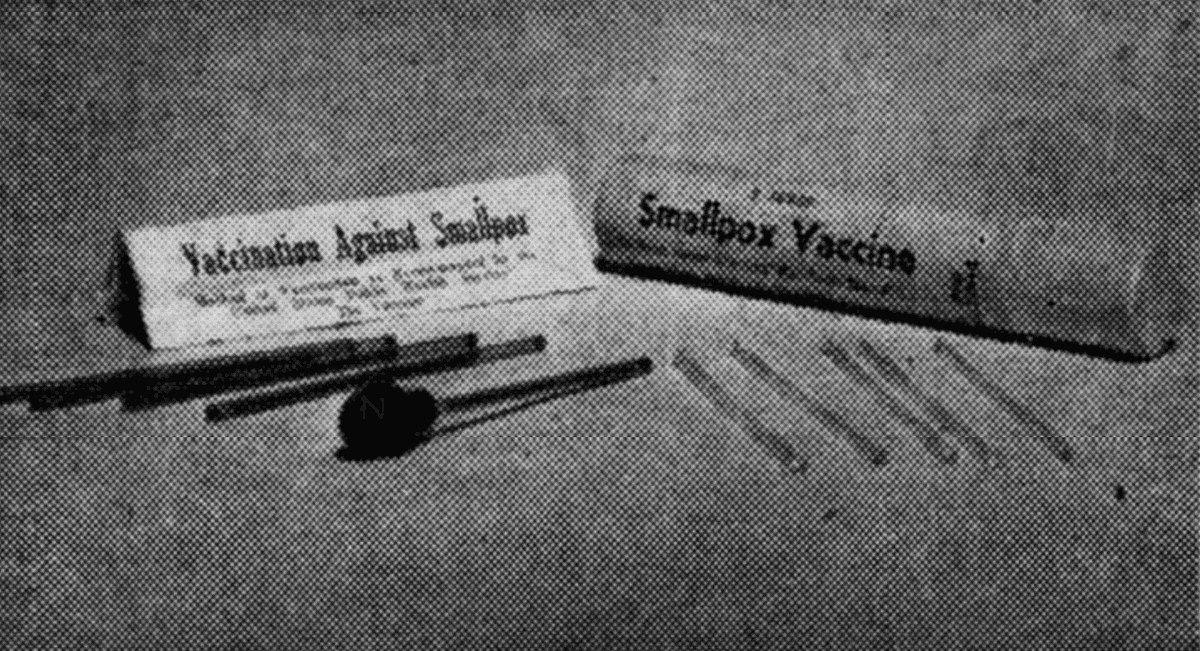 These smallpox vaccines were produced at Gilliland Laboratories, formerly the Marietta Vaccine Farm, in 1943.

A Lancaster County child receives a smallpox vaccine produced at the former Marietta Vaccine Farm, then known as Gilliland Laboratories, in this 1926 photo.

These smallpox vaccines were produced at Gilliland Laboratories, formerly the Marietta Vaccine Farm, in 1943.

Marietta's contribution to the world of vaccines began with one man - Dr. H.M. Alexander.

Born in Lewisburg in 1850, Alexander graduated from Bucknell University and the University of Pennsylvania Medical School. Shortly thereafter, he moved to Marietta, where he took over the family practice of a Dr. Norris, who was ready to retire. Alexander soon become a successful and beloved local doctor, galloping through the streets on horseback as he rushed from one house call to another.

A few years later, Alexander took an interest in the smallpox vaccine, which was not readily available here, despite having been developed nearly a century earlier in England by Edward Jenner. According to this 1930 biographical story about Alexander published in the Sunday News, the young doctor traveled around the country to visit farms that were involved in vaccine production, even going so far as to take a job undercover as a laborer at one such location.

By 1882, Alexander was making smallpox vaccine in Marietta - first in a renovated chicken house next to his office with a single heifer, soon after at the  Marietta Vaccine Farm with a herd of hundreds. He used the technique established by Jenner of infecting cows with smallpox, then drawing their blood and using the cows' antibodies to produce a smallpox vaccine for humans.

Here, then, is a timeline of some important moments in the development of the Marietta facility, as it grew from humble beginnings into the mammoth, high-tech plant of today.

Despite Alexander's first-year profits for his vaccine operation being recorded as a mere $1.50, before long orders for vaccines were coming in faster than he could keep up. This 1887 article describes the farm's business in glowing terms, mentioning the fact that much of that season's production was being shipped to the Pacific states, where a smallpox outbreak was occurring.

Just as Alexander's operation had gained renown across America, its fame soon spread across the world. This brief notice from 1888 mentions that the Marietta Vaccine Farm was shipping internationally, filling orders for vaccines from as far away as Shanghai, as well as locations throughout Canada, Mexico and South America.

In 1893, the eyes of the world were on Chicago, where the World's Fair showcased advances in science, industry and the arts, all displayed against the glistening white background of an idealized neoclassical city.

Alexander was there not as a visitor but as a participant, in charge of the fair's exhibits about vaccine production. (By the following year, the Marietta Vaccine Farm was said to be the largest operation of its kind in the world.)

One unfortunate outcome of what should have been a positive time in Alexander's life: As this Lancaster Examiner story notes, the doctor's 15-year-old son, Hume, died while at the fair assisting his father. The cause of death was spinal meningitis.

Just three years after the Chicago World's Fair marked the  centennial of Edward Jenner's vaccine breakthrough, and that occasion was celebrated in style at the Marietta Vaccine Farm.

As this article relays, about 250 people gathered at the farm for tours, speeches, a luncheon (held in a hayloft that had been converted to an impromptu banquet hall for the occasion) and even some musical performances.

His obituary notes the worldwide fame he had achieved for his work in immunology, and makes special mention of the acclaim he received at the World's Fair in Chicago.

The Marietta Vaccine Farm would continue in his absence, with one of his sons, H.B. Alexander, taking over the operation.

Over the next decade, the Marietta Vaccine Farm continued to thrive under the next generation's leadership. Indeed, a significant expansion was undertaken in 1916, involving the construction of a massive new barn and other buildings.

However, less than a year after that expansion, the farm was closed and put up for sale as a result of a conflict within the board of directors. Gilliland Laboratories of Ambler bought the facility, retaining H.B. Alexander in a leadership role, and reopened the farm as quickly as possible.

Gilliland Laboratories continued to grow throughout the 1920s, using not only cattle but also horses and guinea pigs in the production of vaccines and antivenins. Here's a New Era photo spread from 1926 about the company's work, and here's a 1929 story about the Marietta farm's production of an early flu vaccine - a product that wasn't widely available until the 1940s.

As efforts to prepare for America's entry into World War II ramped up, Gilliland Laboratories was a far-flung focal point.

As of September 1940, the lab had stockpiled more than 1.5 million doses of smallpox vaccine for U.S. Army use, as well as hundreds of thousands of doses of tetanus vaccine. The facility was also producing antitoxin for use in cases of gas gangrene.

In the midst of the war years, Gilliland went through a merger with the American Home Product Corporation, a New York-based firm that had grown out of the Wyeth pharmaceuticals company, founded in Philadelphia.

The lab's new owners intended to make no change in management, personnel or functions of the lab.

By the middle of the 20th Century, the former Marietta Vaccine Farm, then known as Wyeth Laboratories, had entered into the battle against polio. First with the injected vaccine developed by Jonas Salk and made available to the public in 1955, and then with the oral vaccine developed by Albert Sabin and made available in 1961, Wyeth supplied countless local residents with immunizations against polio.

While the lab produced doses to be shipped all over the world, local newspapers publicized efforts to inoculate Lancaster County residents en masse. Here's an example of a "Sabin Sunday" in 1962, when 47 schools around the county were turned into one-day clinics. Nearly a quarter million doses were on hand for the event, which was open to any Lancaster County resident over 3 months of age.

As the new millennium neared, Wyeth (then Wyeth-Ayerst Laboratories, thanks to yet another merger) continued to grow its Marietta facility. Massive expansions in 1993 and 1997 doubled the lab's work force, and a third expansion in 1998 added another colossal building to the site.

But between 1999 and 2002, the staff was cut from 1,000 to just about 400 as the company moved production of different vaccines to other facilities. By 2002, the Marietta plant only produced flu vaccines - a less profitable product. Two years later, the plant was closed entirely.

But it didn't stay vacant for long. In 2005, London-based pharmaceuticals giant GlaxoSmithKline bought the place, and immediately embarked on a $350 million project of expansion and modernization.

In 2009, the new plant was ready to open, with GSK expecting to hire about 270 workers for the largely automated facility. The firm was authorized to produce 11 vaccines for the American market at that time.

The GSK plant still operates today at the site of the Marietta Vaccine Farm.

Rare white deer, automotive arson and a set of twins born in different towns [Lancaster That Was]