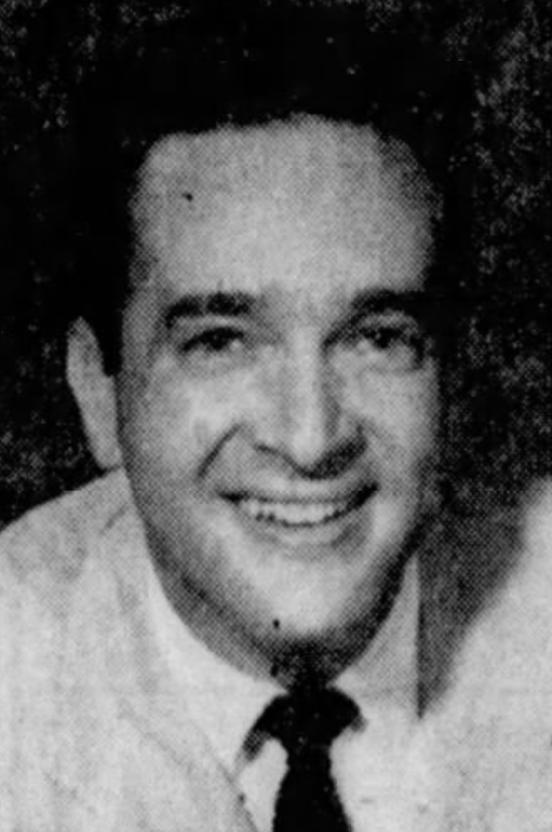 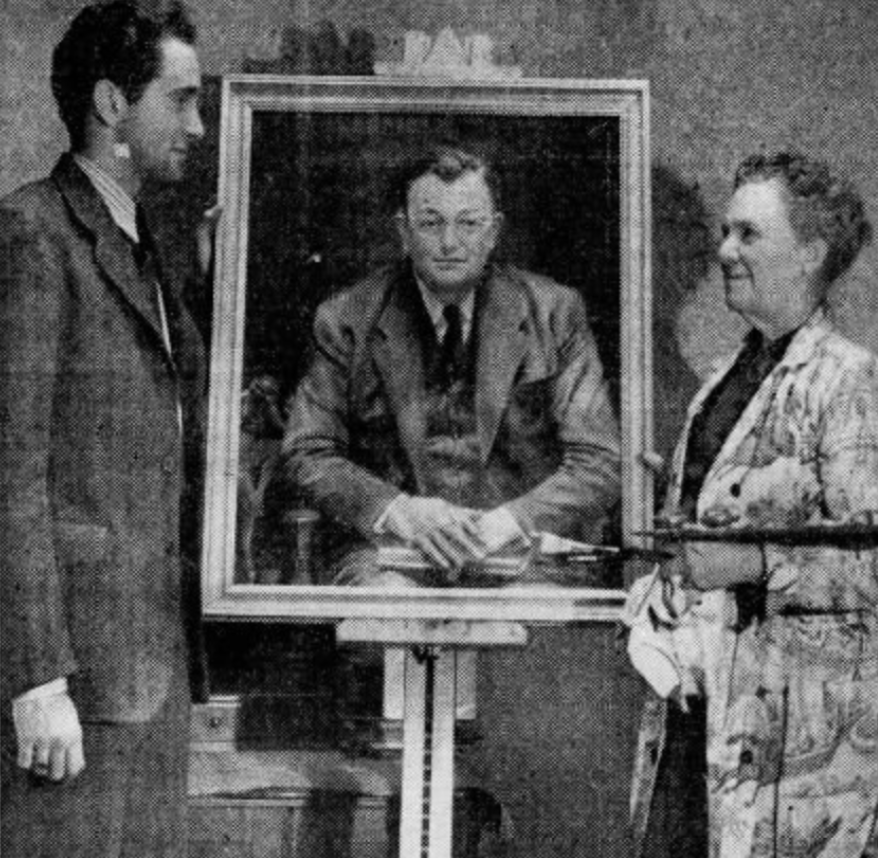 Franklin Schaffner, left, is seen in this 1941 photo in which he is accepting a painting of Green Room Theatre director Darrel Larson, to be hung in the theater. The artist, Mrs. Charles S. Foltz, is at right. 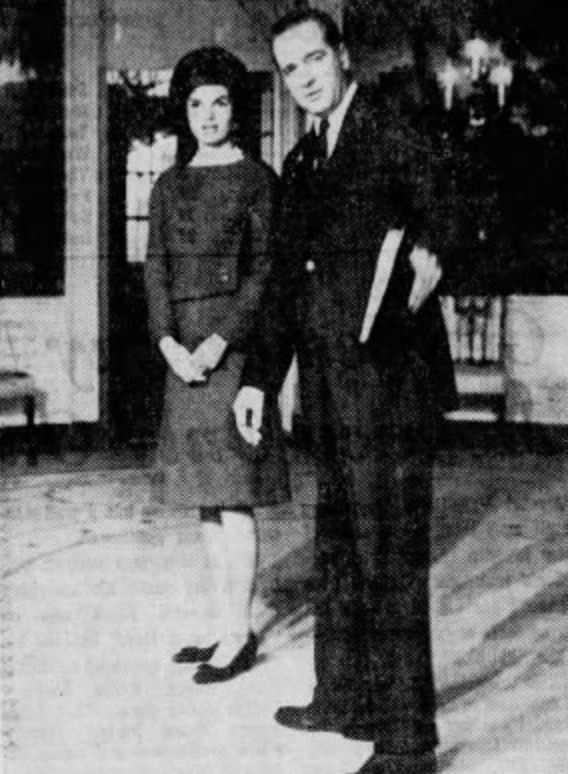 Franklin Schaffner and First Lady Jacqueline Kennedy are seen in the Diplomatic Reception Room at the White House in this 1962 photo. 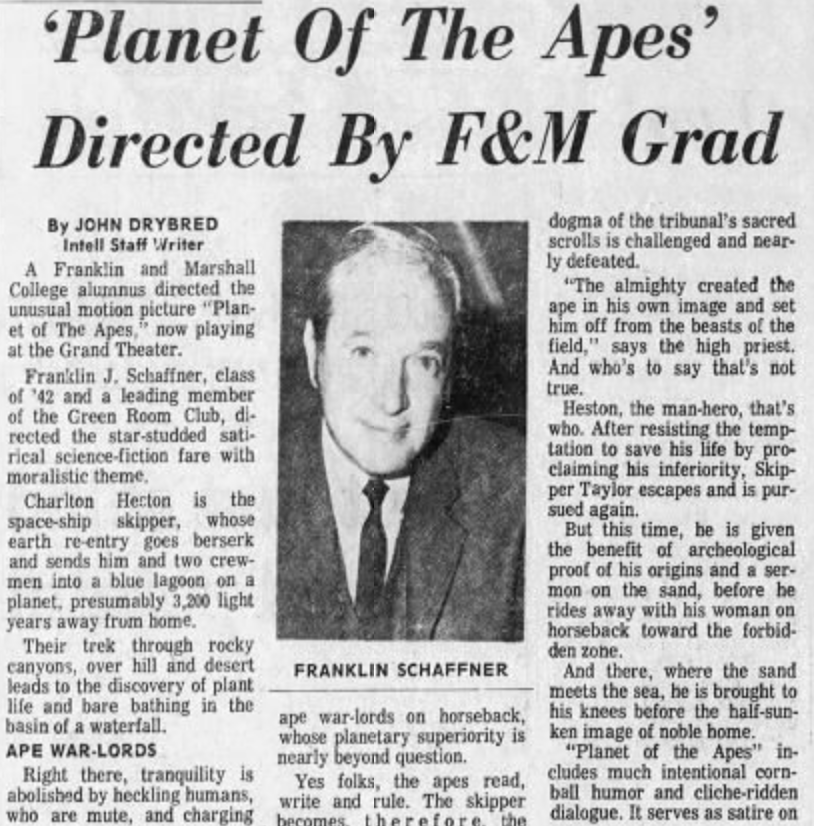 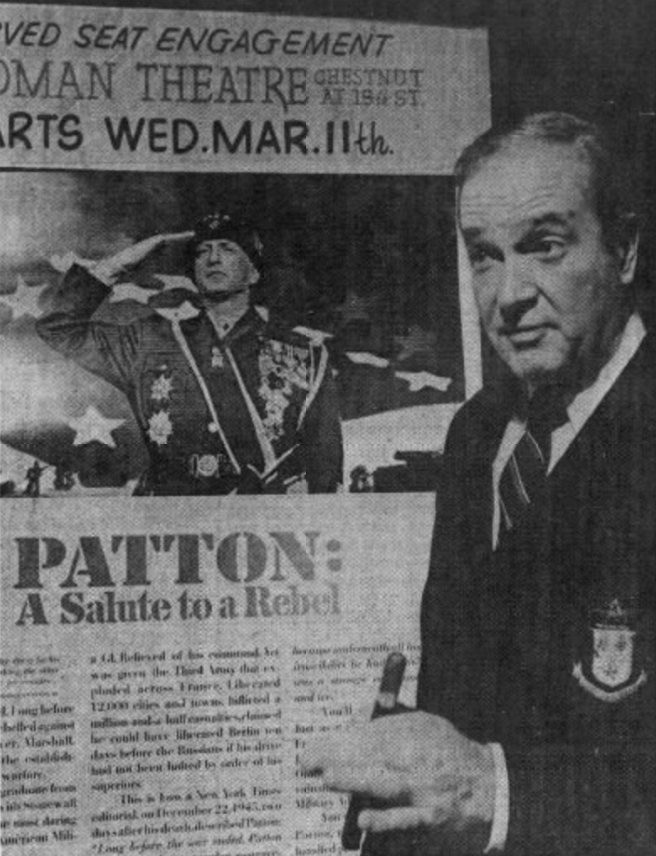 Franklin Schaffner stands in the lobby of the Goldman Theater in Philadelphia in this photo from the premiere of "Patton" in 1970. 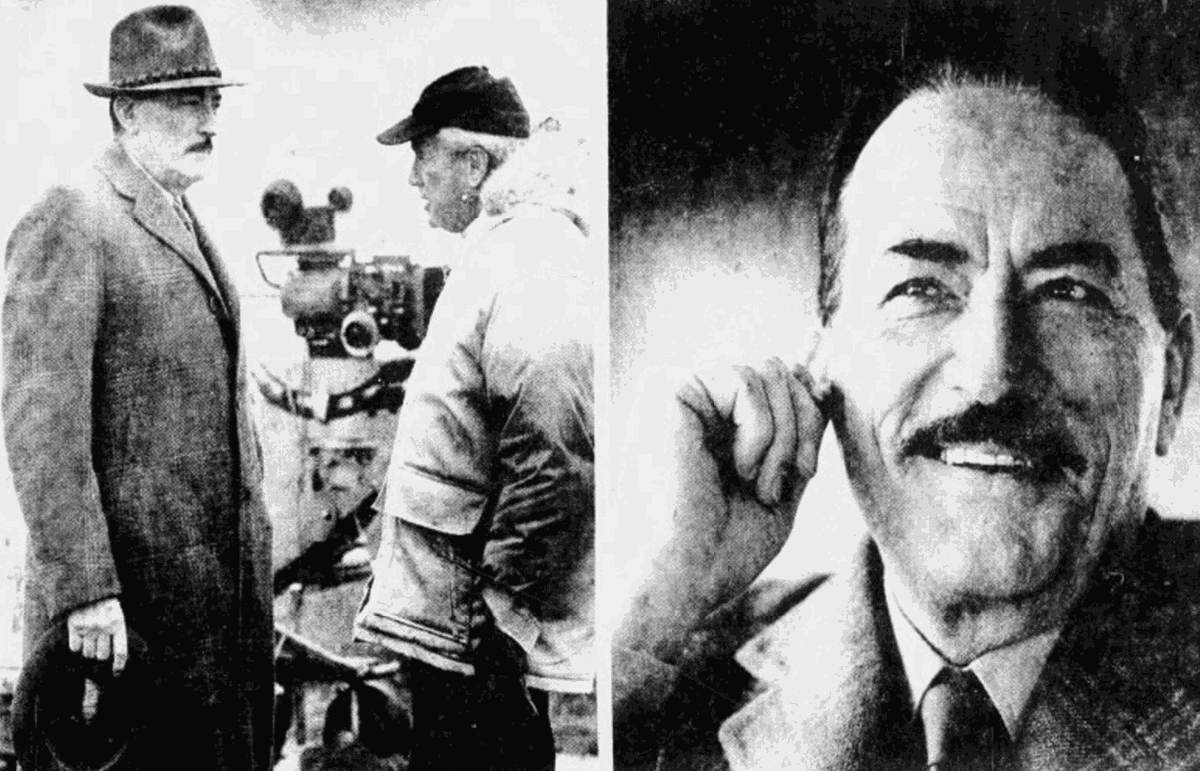 At left, actor Gregory Peck discusses a scene with director Franklin Schaffner at the Lancaster Airport in this December 1977 photo. At right, Peck smiles during a newspaper interview in his trailer. 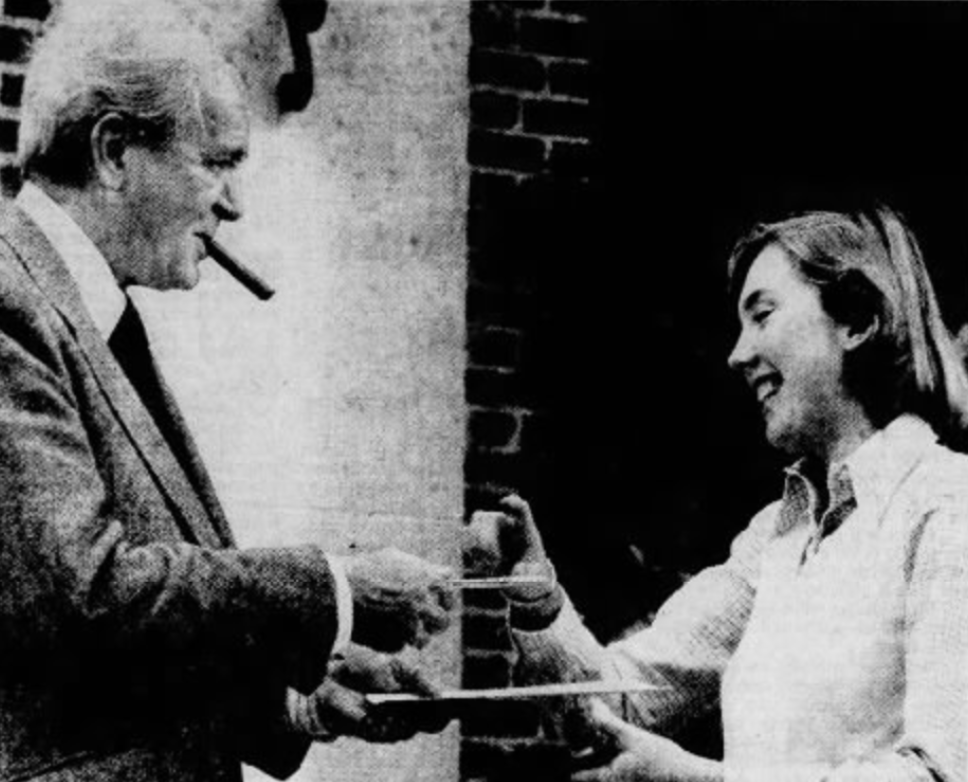 Franklin Schaffner autographs a program for a student outside F&M's Hensel Hall in this photo from the Sept. 27, 1978, sneak preview of "The Boys from Brazil." 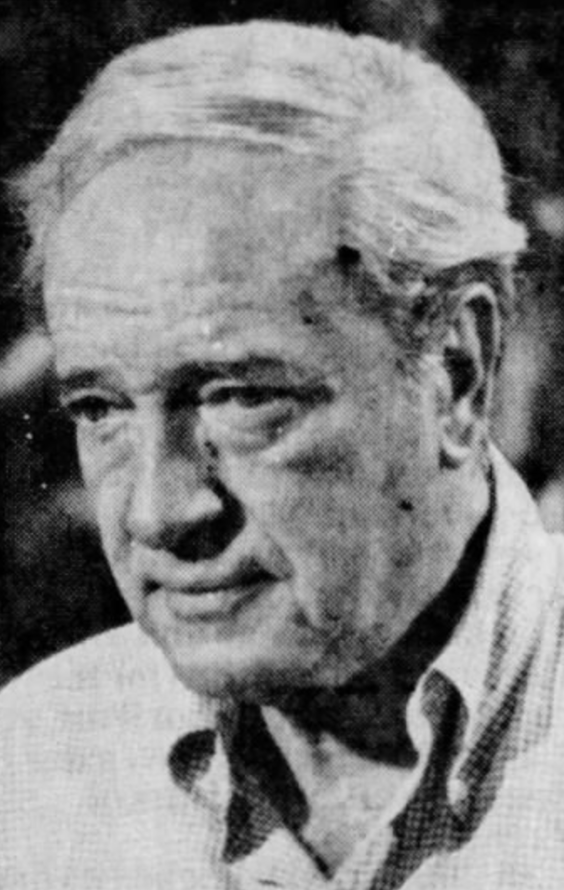 Acclaimed filmmaker Franklin Schaffner was known for many things: His Oscar-winning work on "Patton." The original "Planet of the Apes" movie. The creepy sci-fi thriller "The Boys from Brazil."

People who know a bit more could be aware of his Emmy-winning television works, such as "12 Angry Men." Or even his turn at Broadway.

Lancaster County locals, of course, might know he graduated from McCaskey High School and Franklin & Marshall College. (In fact, Lancaster Mayor Danene Sorace proclaimed Franklin Schaffner week to honor the centennial of his birth, with McCaskey and F&M both planning events that were later canceled because of the COVID-19 pandemic.)

We took a look through the LNP | LancasterOnline archives to see how Schaffner's tale was told in local newspapers. Here's what we found:

Schaffner was the valedictorian of the first graduating class of McCaskey High School in 1938, and during his senior year acted in the school's first play - appearing as Mr. Darcy in "Pride and Prejudice."

The next year, he had found his home at F&M's Green Room Theatre, where he would act in 11 plays and become the president of the Green Room Club.

The "boy" in this dramatic Intelligencer Journal headline from 1942 was in fact Schaffner. Schaffner's parents were missionaries in Tokyo when he was born in 1920; enlisting in the war effort would take him to the European and North African fronts as an officer with amphibious forces. Later, he would move into the Pacific theater as a member of the Office for Strategic Services.

(Prior to enlisting, Schaffner had worked as a newspaper carrier for Lancaster Newspapers, as an usher for the former Hamilton Theater, and as an announcer for WGAL radio.)

On TV and on Broadway

Schaffner spent the 1950s and early 1960s largely working in television. He became a director for CBS, and worked on many dramatic presentations for programs such as "Ford Theatre" and "Studio One." His first of four Emmy awards came in 1955 for an adaptation of "12 Angry Men."

In 1960, he won acclaim on Broadway as well, directing the well-received "Advise and Consent," starring Ed Begley.

Emmys aside, it's possible that Schaffner's best-remembered work in television was the 1962 production "A Tour of the White House with Mrs. John F. Kennedy." The program was widely watched, not only in America but around the world, and photos of Schaffner with First Lady Jaqueline Kennedy were published prominently in local newspapers.

On June 11, 1962, the New Era published a brief piece noting that Schaffner, who had moved from New York to California to begin working in the film industry, had signed a contract to direct his first picture. Listed in the article as "Celebration," starring Joanne Woodward, the film would turn out to be "The Stripper," released in 1963.

Schaffner's second film, "The Best Man," was promoted locally with Schaffner's name and origin listed prominently in the ads.

Throughout the '60s, each new Schaffner film came with a bit of publicity in the local papers, but 1968's "Planet of the Apes" got a bit more coverage than its predecessors.

Of course, 1970's "Patton" got even more coverage than "Planet of the Apes." That's because it resulted in Schaffner bringing home the Best Director Oscar. He didn't get to pick it up himself, though - as Schaffner was in Europe working on his next film, actor Karl Malden accepted the Oscar on his behalf.

Schaffner's subsequent films, "Nicholas and Alexandra" (1971) and "Papillon" (1973) were also covered in local newspapers, but the biggest Schaffner press blitz to date occurred in January 1972, and it wasn't tied to the release of any film, television special or Broadway play.

It was all about Schaffner coming home.

F&M had decided to dedicate a Franklin J. Schaffner Film Library, and the director was on hand for the dedication. While in town, he also received a gift from the McCaskey class of 1938, as well as the Red Rose Award and the key to the city, thanks to Mayor Thomas Monaghan.

On set in Lancaster County

A few years later, Schaffner-related news coverage would hit its all-time peak here, as the director filmed portions of his blockbuster thriller "The Boys from Brazil" in Lancaster County.

An adaptation of the bestselling novel by Ira Levin, the film told the story of a science-fictional plot to launch a Nazi Fourth Reich by using boys who were clones of Adolf Hitler.

Multiple front-page stories ran during the week of filming, featuring everything from details about filming locations to profiles of star Gregory Peck, who portrayed the villainous Nazi doctor Josef Mengele in the film.

The next year, a special sneak preview of the film was held at F&M's Hensel Hall, for which Shcaffner once again returned to town.

(A few years later, a similar sneak preview was held at F&M for Schaffner's next film, 1981's "Sphinx.")

As the 1980s wore on, Schaffner's magic touch at the box office seemed to fade. "Sphinx" was a failure both critically and commercially, as was his next film, "Yes, Giorgio," a 1982 romantic vehicle for opera star Luciano Pavoratti. His next film, "Lionheart," about the children's crusade, was shelved by the studio and eventually went direct to video in 1987.

His last film, "Welcome Home," was released posthumously. It starred Kris Kristofferson as a Vietnam War veteran struggling to adapt to life at home after the war, and was unsuccessful both critically and at the box office.

Schaffner's legacy, though, loomed large. In his heyday, he was regarded at the top of his craft as a director of television, film and stage.

In 1991, Schaffner's widow, Jean, established an award in his honor, bestowed by the American Film Institute every year to a deserving director.

Thursday's COVID-19 updates: Lancaster County up 25 cases from yesterday, smallest uptick since May 20

Editor's note: This article will update throughout the day. Be sure to check back for the latest information.