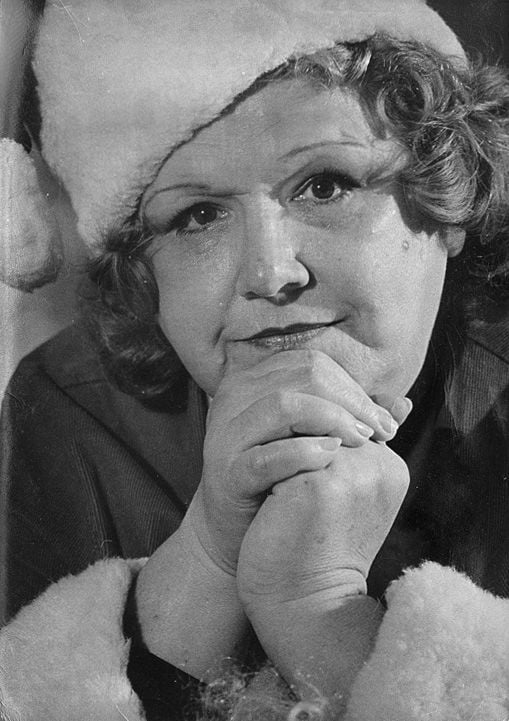 Eileen Bernhardt appears without her full Santa garb in this 1981 photo. 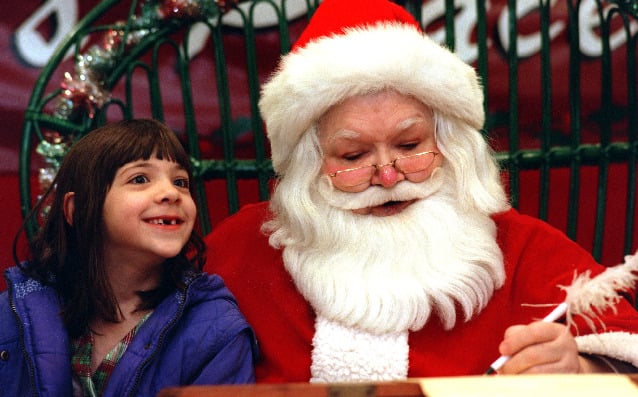 In this 1997 photo, Santa Claus, as portrayed by Eileen Bernhardt, wrote down the Christmas wishes of Alyssa Funk, then 6, at the Willow Valley Mall. 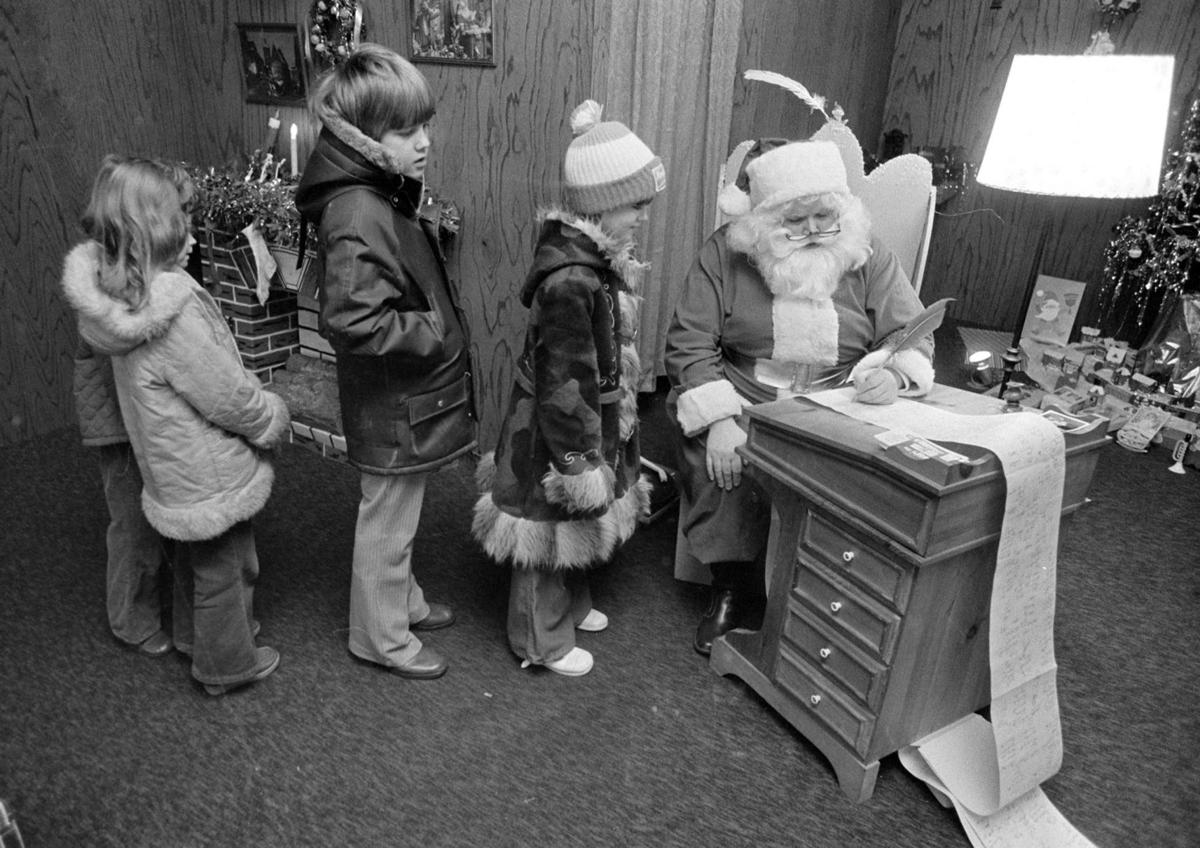 Eileen Bernhardt was a popular Santa at the Manor Shopping Center in the '70s.

If you checked out our roundup of old photos of kids with Santa Claus from the Lancaster Newspapers archive, you might have recognized some of the Santas from those images.

And if you're a longtime Lancaster County local, you might know that in a couple of those shots, there was a woman behind the white whiskers.

One of the most popular local Santas, Eileen Bernhardt had a career in the red suit that lasted 32 years -- from 1969 through 2000. Over that time, she estimated she held more than 100,000 local tots on her knee, listening to their Christmas wishes and jotting down information about each one on a giant yellow scroll that sometimes stretched several hundred feet in length.

Bernhardt first donned the Santa suit out of desperation -- her husband, Karl, was laid off from his work as a welder for the second Christmas in a row and she ventured in to the Manpower temp agency looking for work. Manor Shopping Center was in need of a Santa on short notice, and after some reluctance, Bernhardt took the job. And ran with it. For decades.

Over the years, she was featured in the local papers many times, and in national magazines - "Woman's Day" and "Family Circle" -- at least twice.

She even appeared on national TV in 1974, stumping the panel on "What's My Line?" with her unusual vocation.

In 1981, after 12 years as Manor Shopping Center's Santa Claus, Bernhardt received some bad news: The mall would not be hiring her for another season, citing financial reasons. The backlash from Bernhardt's fans was dramatic, as newspaper articles were followed by editorials and letters to the editor.

A bidding war of sorts erupted among local merchants seeking her services -  Bernhardt said she received 11 offers from retailers including the downtown Watt & Shand department store and several malls and shopping centers.

She signed up with Willow Valley Mall, located across Route 222 from the main Willow Valley restaurant and resort complex. She would stay at that location for the next 20 years, finally hanging up her red-and-white hat in 2001.

Throughout that time, Bernhardt displayed an intense dedication to portraying the character of Santa. She would shave her eyebrows, then meticulously apply individual white hairs to create Santa's brows. She would shampoo Santa's beard - which was crafted from wigs - every night. She would pore over toy catalogs and watch children's TV shows to learn what the kids might be asking for each year. She came up with the idea of her "list," to which she added each child's name and wishes, writing with an oversized feather pen. (Side note: That giant scroll of paper was actually a roll of teletype paper donated by a local radio station.)

She also displayed a dedication to helping children - instead of pocketing her Santa salary each year, she would set it aside and use it to buy gifts for needy children who sat in her lap. She would casually get their addresses, and make a surprise Christmas Eve visit to their homes, presents in hand.

Bernhardt's dedication to detail, and to the children for whom she served as Santa Claus, resulted in her being named the best Santa Claus in Lancaster County by this (very scientific) survey, published in the Intelligencer Journal in 1982. Her portrayal of Santa Claus was the only one to receive a perfect 10 "Ho-ho-hos."

When Bernhardt retired from her Santa duties in 2001 - and again when she died in 2008 - local newspapers wrote extensive profiles of her.

At the time of her retirement, Willow Valley hosted a banquet in her honor, at which Willow Valley CEO Marlin Thomas summed up his feelings, which echoed those of many other Lancaster County folks:

"The gifts she had for what she was doing cannot be imitated."

An 11-year-old spent her savings on Christmas gifts for her family. Now she has her own presents [photos, video]

Teachers and faculty at King Elementary School banded together, along with Lancaster nonprofits, to get gifts for their students — including 11-year-old Anelis Luna — most of whom come from low-income households.