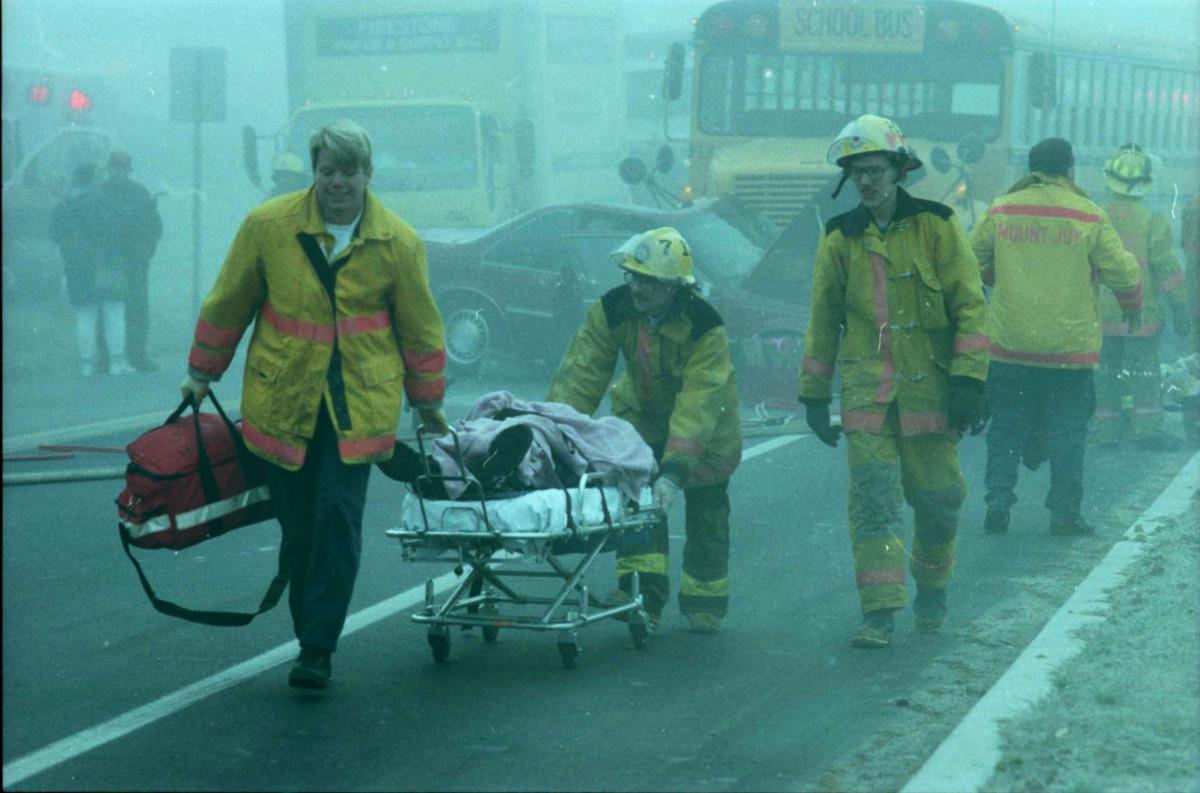 Emergency workers wheel an injured Hempfield High School student to a waiting ambulance on Dec. 22, 1994, after an accident in which a car struck a school bus in thick fog at the intersection of Stoney Battery Road and Church Street. 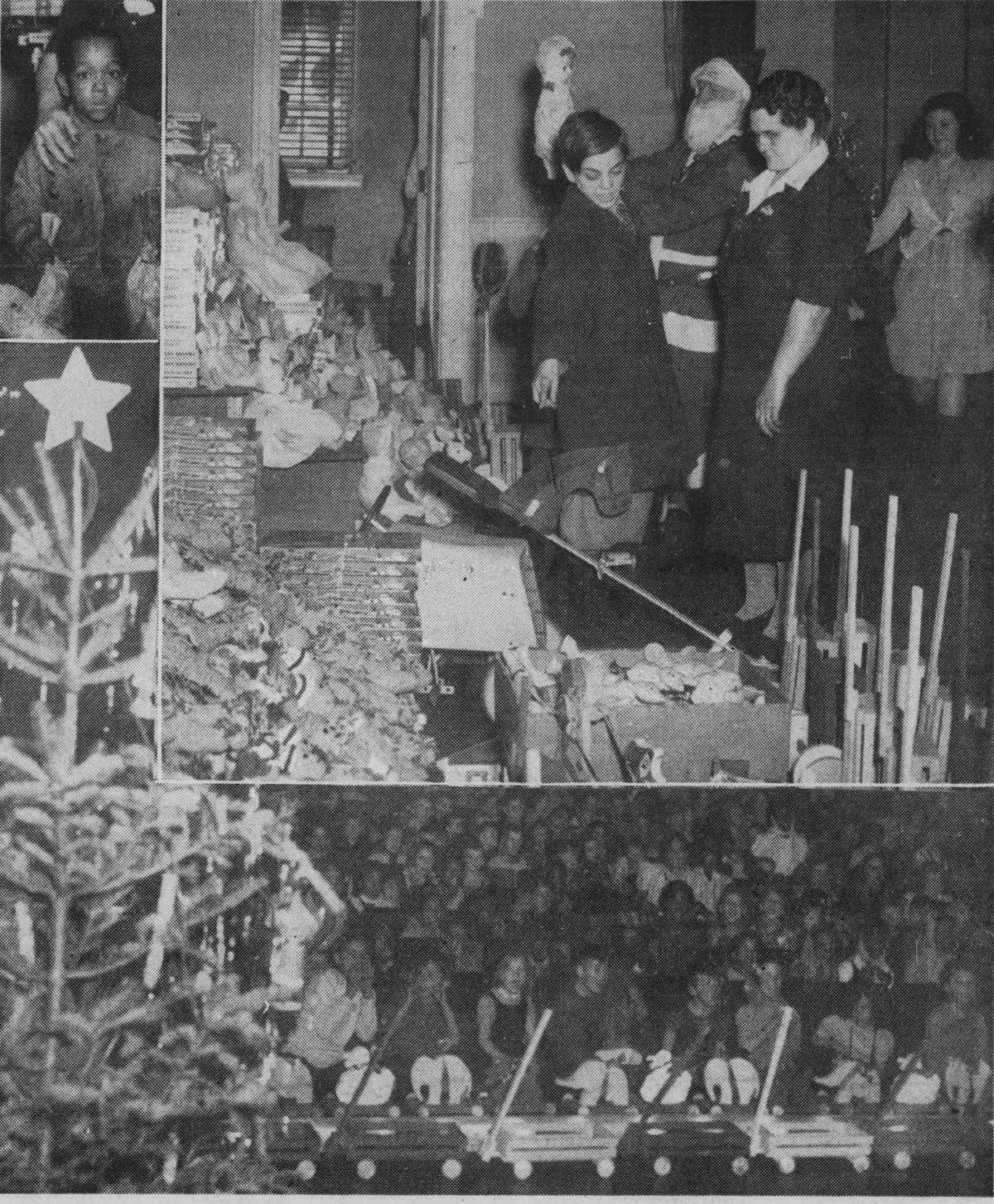 Santa Claus paid an early visit to about 900 children of the community when Mrs. Theon Gardner held her Christmas party in Hensel Hall on the Franklin & Marshall campus in December 1944. Lower section of picture shows a portion of the crowd attending the party. Top, right shows a boy pointing out to Mrs. Gardner an anticipated gift from the supply of toys while Santa Claus selects a doll for an approaching girl. Upper left is another boy, anticipating his approaching trip to the platform to get a gift from Santa Claus. 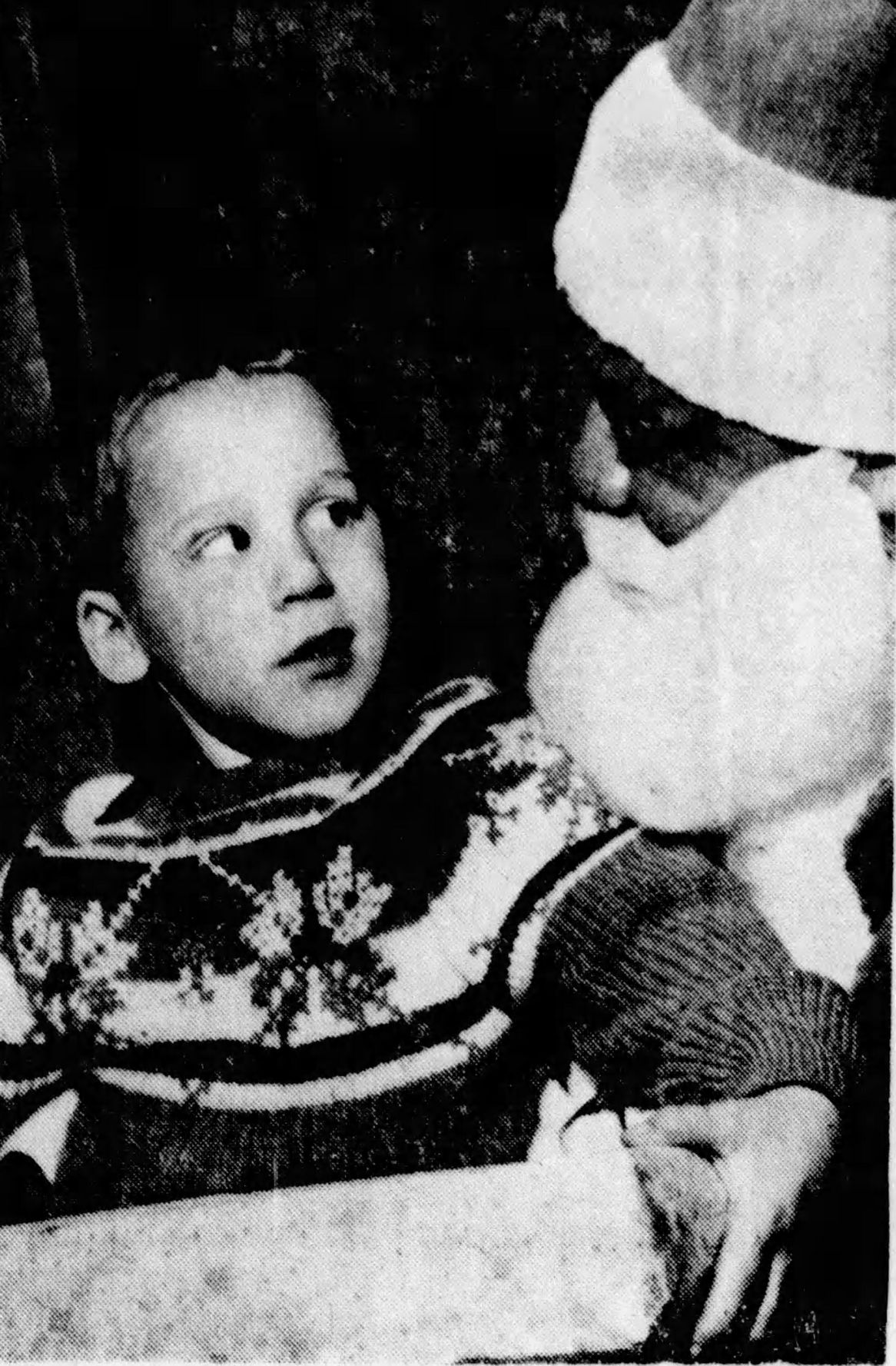 John Scheid, 4, talks to Santa Claus at a Christmas party held for children from Sunnyside in December 1969.

Patchy, dense fog may have been a factor in a crash involving a bus full of Hempfield School District elementary students and a carload of 10th-graders.

The car ran a stop sign and was hit by the bus at Church Street and Stoney Battery Road. The students in the car told authorities they didn’t know “the intersection ended.”

The bus hit the car on the driver’s side, dragging it more than 200 feet before coming to a stop.

All of the children were taken to Saint Joseph’s Hospital as a precaution. Fourteen were treated for injuries and later released. Two of the high school students were admitted to the hospital for treatment.

Jesse Long, the communications director for the district, said the biggest need was to calm and reassure scared children. She said school officials would contact every parent who had a child aboard the bus and explain what had taken place.

Sunshine and Santa came to Sunnyside courtesy of eight couples who just wanted “to see if whites and blacks can have each other over for dinner, share small talk and dreams, and become friends.”

The answer was an emphatic yes, and more than 80 children from the run-down houses along Conestoga Creek got to share in the Christmas joy.

The children all received gifts from Santa; useful items and, of course, toys just for fun.

The group found that they had a lot in common and wanted to take on a project together. At least 80 children were happy that they did.

Christmas came early for a group of lucky kids in 1944 as well. This time there were 900 children involved.

Mrs. Theon Gardner hosted the early Christmas party at Hensel Hall on the Franklin & Marshall campus. No small affair, the party included carol-singing, several kinds of dancing, an orchestra, a magician (Ned Rutledge) and novelty dancing by the Crispus Attucks Kiddies. There was even a troupe of trained dogs and monkeys brought by Captain J. G. Irwin.

Master of Ceremonies J. Shober Barr kept everything moving smoothly and made sure every child received toys and fruit.

The Christmas Cheer in 1919 wasn’t quite as free-flowing, apparently. To spur some holiday generosity, the newspaper published a blunt appeal on the front page.

“Are You Turning A Deaf Ear To The Cry Of The Helpless?” was a plea to garner support for “twenty-six of the neediest families in Lancaster.” Readers were warned that “Christmas Cheer would be absent from these homes unless Lancaster opens its purse string and gives freely.”

In addition to the bold plea for generosity, the article listed more than 60 previous contributors by name, along with their contributions. Amounts ranged from 26 cents to $100.

Penn State fans, band and cheerleaders followed their team to Rose Bowl in 1994 [Lancaster That Was]