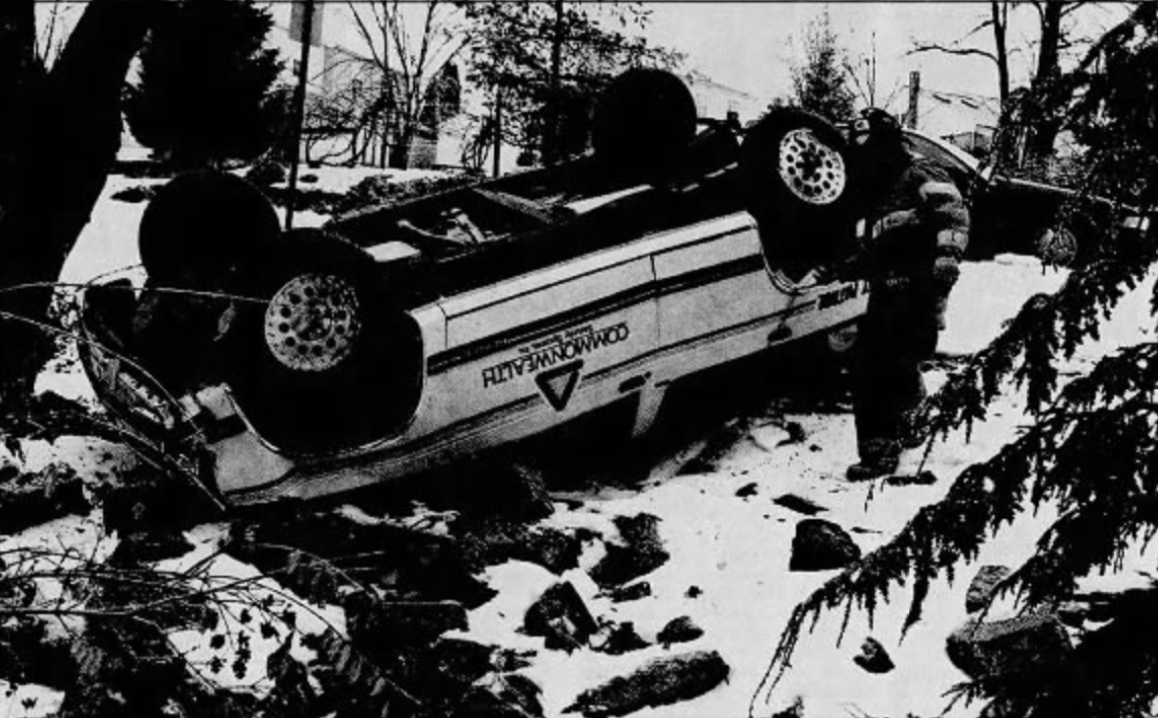 This Commonwealth Security Systems truck overturned in the 200 block of Iron Ridge Road in Manor Township during an ice storm the morning of Jan. 3, 1996. 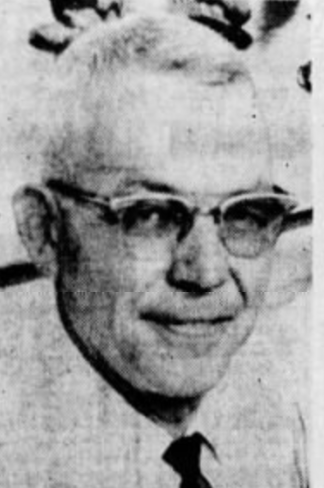 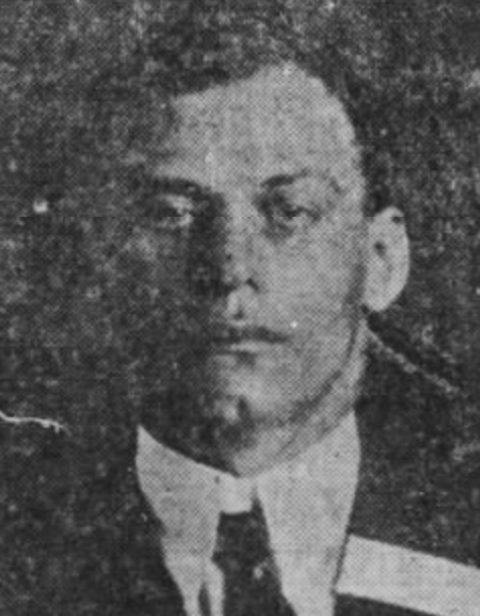 Temperatures in the 20s and a steady freezing rain led to dozens of accidents around the county during the morning rush hour, including several on the heavily traveled Routes 30 and 283.

Most were minor fender-benders, but on Ironstone Ridge road in Manor Township, a small truck skidded off the road and overturned. The driver was unhurt in the incident.

At the beginning of 1971, a man with a decades-long history in local collegiate sports was stepping down from his post.

W. Roy Phillips, director of athletics and chair of the physical education department at Franklin & Marshall College, announced his intention to leave his position in June. The college was planning to establish a search committee to select Phillips' successor.

Phillips, a 1934 graduate of F&M, was one of the most successful athletes and coaches in the college's history. As a student wrestler, he won 34 of his 36 matches, and was runner-up in his weight class in the 1933 NCAA championships.

For the rest of the 1930s and most of the 1940s, he coached wrestling and other sports at a variety of high schools and colleges in Pennsylvania before returning to F&M in 1949 as a wrestling coach.

He coached the wrestling team for 18 years, racking up an impressive record of wins. He became athletic director of the college in 1967.

Soccer fans are crushed under pileup

A first in eye surgery, a New Year's radio show and a college housing shortage [Lancaster That Was]

In 1946, Lancaster was dealing with a sugar rush - but not the kind that makes kids jittery and hyperactive.

Sugar was scarce in the winter of 1945-46, an aftereffect of wartime rationing. And when some sugar became available - and new ration stamps allowed each household a five-pound supply - madness ensued.

From the New Era:

"Sugar-starved Lancastrians, may of whom have not been able to buy the commodity for weeks, continued a heavy run to claim a five-pound allotment for new ration stamp No. 39, which became good Monday at midnight."

Long lines formed at stores the first day the new ration stamp was valid, and consequently many retailers sold out of sugar within hours.

Western Electric strike is on, may hit phones

Lord Haw Haw, Nazi voice of the air, dies on the gallows

Churchills to sail for US on Jan. 9

A New York prison break was front-page news in Lancaster in 1921, largely because the escaped prisoner was of local origin.

Lloyd Henry Bitzberger, alleged bank robber and safecracker, was referred to throughout the Lancaster Intelligencer's coverage as a "yegg," an early-20th century term commonly used to refer to thieves, especially safecrackers.

Bitzberger escaped from New York City's West Side prison, using small saws to cut through the window bars of his third-floor cell.

Bitzberger was being held awaiting trial in a New Jersey bank robbery, but Lancaster police were preparing to charge him and three associates with four local robberies. (Bitzberger had confessed to other crimes in Lancaster over the years, dating back to his first robbery, at age 11, in 1906.)

Several other prisoners escaped with Bitzberger, but were quickly apprehended. Bitzberger remained on the run, leading one Inspector Coughlin of the New York City police to say:

"He's a bad egg and neither life nor property will be safe as long as he is free."

Lancaster County suffered a polio outbreak in 1979; 150,000 were vaccinated in three days