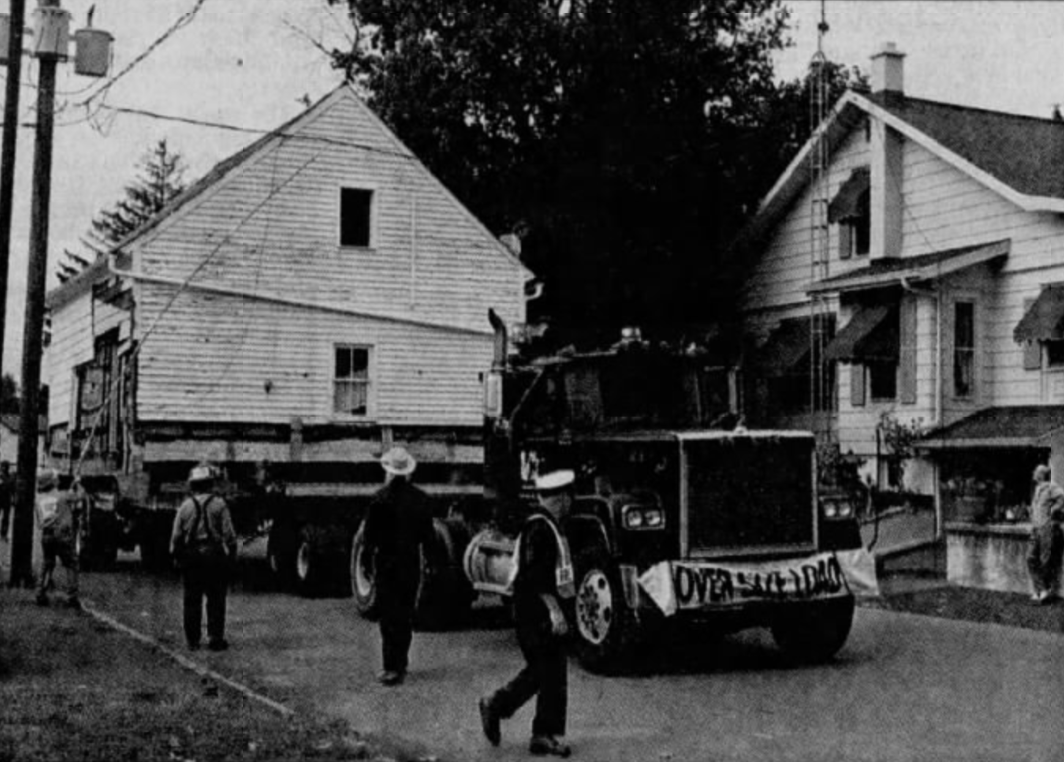 The Keith House, one of the oldest buildings in Manheim, is moved to a new location in this 1995 photo. 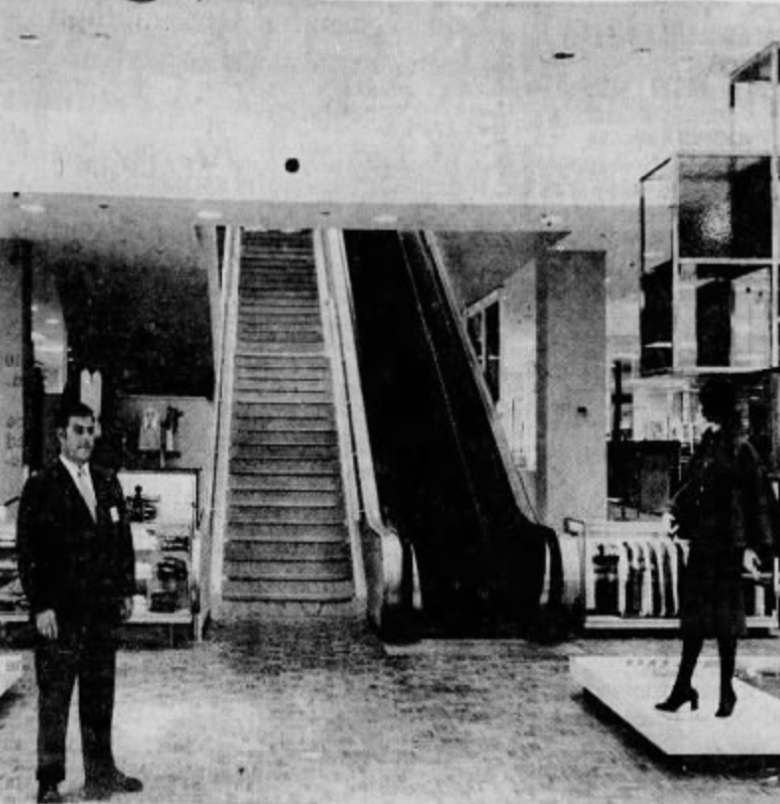 Gimbels store manager Stanley Berk stands in front of the Park City store's escalator prior to its September 1970 opening.

The two-story log home, which was built around 1770, was one of the oldest structures in Manheim - one of the first three buildings constructed there, according to the Manheim Historical Society.

Sitting for more than 200 years at the corner of Main and Colebrook Streets, the house was lifted off of its foundations and moved a few blocks to sit next to the Fasig House, a renovated log cabin on High Street.

The Germanic-stye home had been occupied until just a few years prior to the move. The historical society was planning to refurbish the home and open it to visitors as a museum piece.

As the pages turned on the 1970 calendar, more stores gradually opened at the new Park City Center.

The week of Sept. 20, it was time for Gimbels, which meant a preview of the new store on the front page of the Sunday News.

The ribbon-cutting ceremony was set for the morning of Sept. 25, with the traditional red ribbon to be replaced by a garland of flowers. The usual dignitaries - Lancaster mayor Thomas Monaghan, Gimbels Philadelphia president Bruce Gimbel - were to be accompanied at the ceremony by soap opera star Eileen Fulton, of "As the World Turns."

Music would be provided by the Manheim Central High School band (complete with color guard and majorettes) and the Sweet Adelines vocal group.

The 170,000-square-foot store boasted all of the shopping amenities of the day, as well as an upstairs Victorian-style dining room, overlooking the mall below from a balcony.

Anti-hijacking metal detector is being tested

A bit of farming ingenuity got S. Roy Glick of Narvon onto he front page of the Intelligencer Journal in 1945.

Glick, concerned about a shortage of labor for the upcoming tomato harvest, put his engineering skills to work, modifying a truck by welding an iron framework onto it which would serve as support for a system of conveyor belts to collect tomatoes from the rows in the fields, ultimately depositing them in baskets.

His invention was designed not to eliminate human labor - people still had to pick the tomatoes and place them on the belts - but to eliminate the heavy labor involved with toting massive baskets of tomatoes around.

This, he believed, would make the harvest easy enough that women and children could do the work that formerly required men able to lift heavy loads.

Penicillin in ice cream is effective

A sexy delivery man, a resort expansion, and a college tradition gone wrong [Lancaster That Was]

In September 1920, along Lincoln Highway East, a practical joker was shot by a motorist and was reported to be "near death" in the hospital.

The teenager, a Salisbury Township resident, conspired with his friends to trick passing "autoists" on the road, leaving a tire in the middle of the highway, then pulling it away with a rope when someone stopped their car to retrieve it.

Unfortunately, one victim of the prank thought the boys were highwaymen setting him up for a robbery, and opened fire. One of his shots struck the Salisbury Township boy, who was initially treated by a nearby physician before being driven to Lancaster General Hospital.

League of Nations is now vindicated