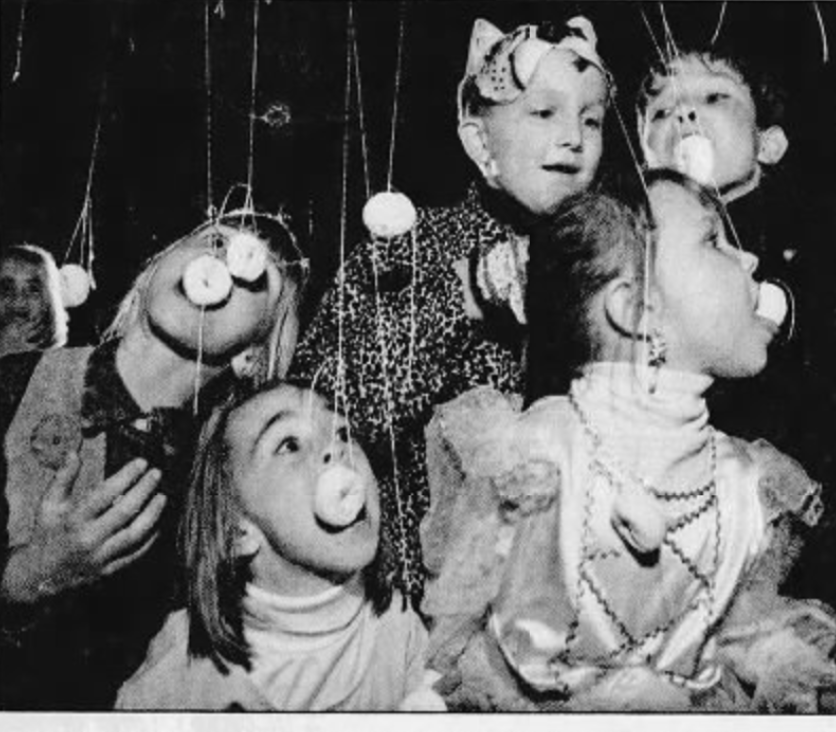 Children chomp on doughnuts hanging on strings at a Halloween party hosted by David and Carole Simons in 1995. 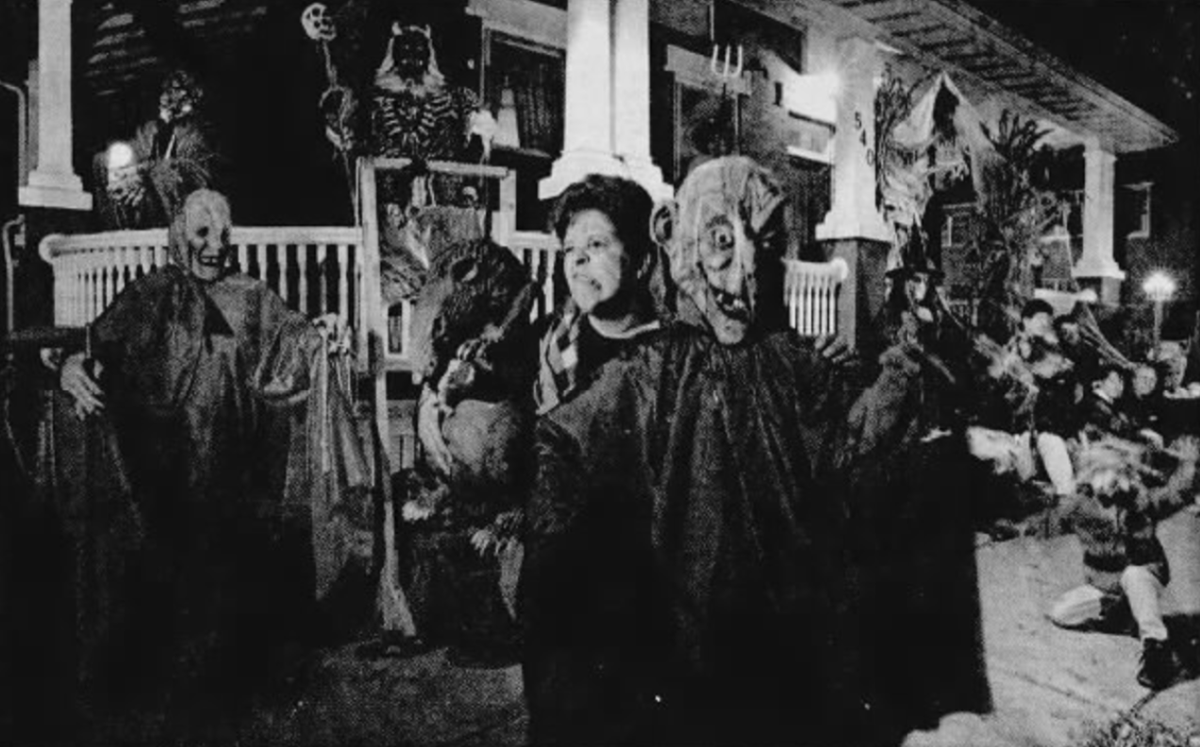 Susan Hake poses with her assortment of ghoulish creations outside Hake's Rest Home on Halloween night, 1995. 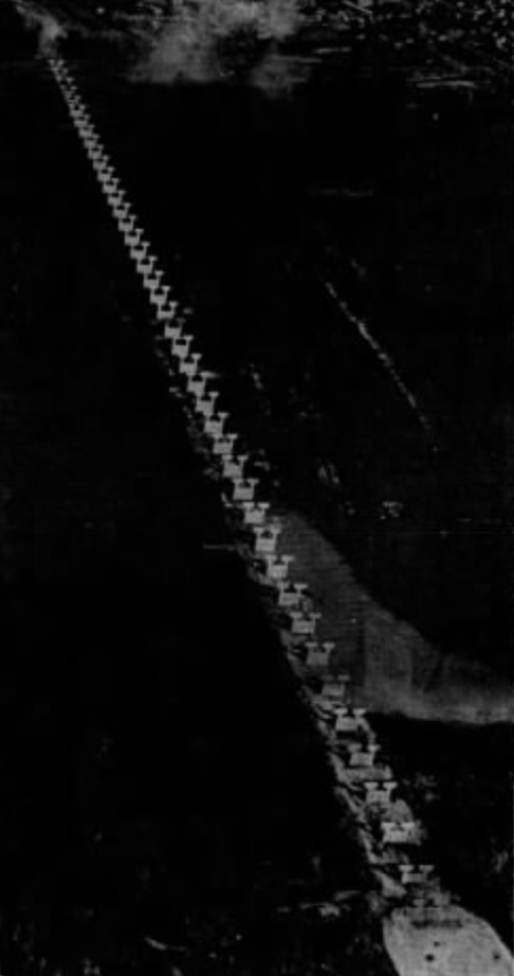 The concrete support piers for what would become the Route 30 bridge over the Susquehanna River are seen in this 1970 photo, with the Lancaster County side of the river visible at the top of the image.

Children chomp on doughnuts hanging on strings at a Halloween party hosted by David and Carole Simons in 1995.

Susan Hake poses with her assortment of ghoulish creations outside Hake's Rest Home on Halloween night, 1995.

Halloween night was spread across the front page of the Intelligencer Journal on Nov. 1, 1995, in all its spooky glory.

But the story wasn't just about trick-or-treaters - the feature focused on a few Lancaster County residents who went all-out for the holiday, hosting neighborhood parties or haunted hayrides for local kids.

David and Carole Simons of Waterfront Estates Drive hosted a party every year, and at the 1995 edition, young monsters could bob for apples, chomp at doughnuts hanging on strings, take a haunted wagon ride and even hunt for "body parts."

And in the city, Susan Hake transformed her South Queen Street property into a house of horrors, with fountains of blood, ghouls, monsters and freshly-dug graves serving to entertain and terrify young and old alike.

By November 1970, the last concrete had been poured on the pier caps for the new Wright's Ferry Bridge across the Susquehanna River from Columbia to Wrightsville.

Next up, work on the superstructure was set to begin, with the York County side abutments being worked on in the first week of November. Installation of structural steel was expected to begin the week after that.

The new bridge was intended to relocate Route 30 around the centers of the small town of Columbia and Wrightsville, and was completed in 1972 at a cost of $12 million.

A program for the poor, a train wreck, and a man of future fame buys a farm [Lancaster That Was]

With then-mayor Dale Cary having responded to the prospect of an austere Christmas season in Lancaster with promises of a proper "old-fashioned" celebration, details of his plans soon emerged.

City employees began hanging decorations along the streets surrounding Penn Square, as the mayor intended the "brightest" display ever in order to greet troops returning home after World War II.

A large, illuminated "Welcome Home" sign was being put up across the front of the county courthouse building.

The general brightness of the decor and the sheer number of electric lights was also a tribute to servicemen. On the previous Christmas Eve, "when many Lancaster men were caught in the Belgium Bulge and captured by the Germans, they promised that if they got home for Christmas they would turn on every light in the house to banish the memory of the darkest hours of the war."

The mayor said he planned to grant that request.

Britain to take over airlines

The 1920 Presidential election pitted Republican Warren G. Harding against Democrat James Cox, and Lancaster County was expecting a record turnout - largely because this would be the first election in which women had the right to vote.

Women were being encouraged to exercise their right to vote:

"In many sections the women workers will man the polls and will labor hard to secure a big turnout of voters of their sex. They have been preaching the doctrine of duty and tomorrow will have a chance to view the fruits of their efforts."

Harding won the 1920 election in a landslide, claiming almost every state outside the South.

U.S. assures Japan her interests here will be protected

Anything can happen on Halloween night.

Check out the Lancaster Square development project, circa 1970 [Lancaster That Was]