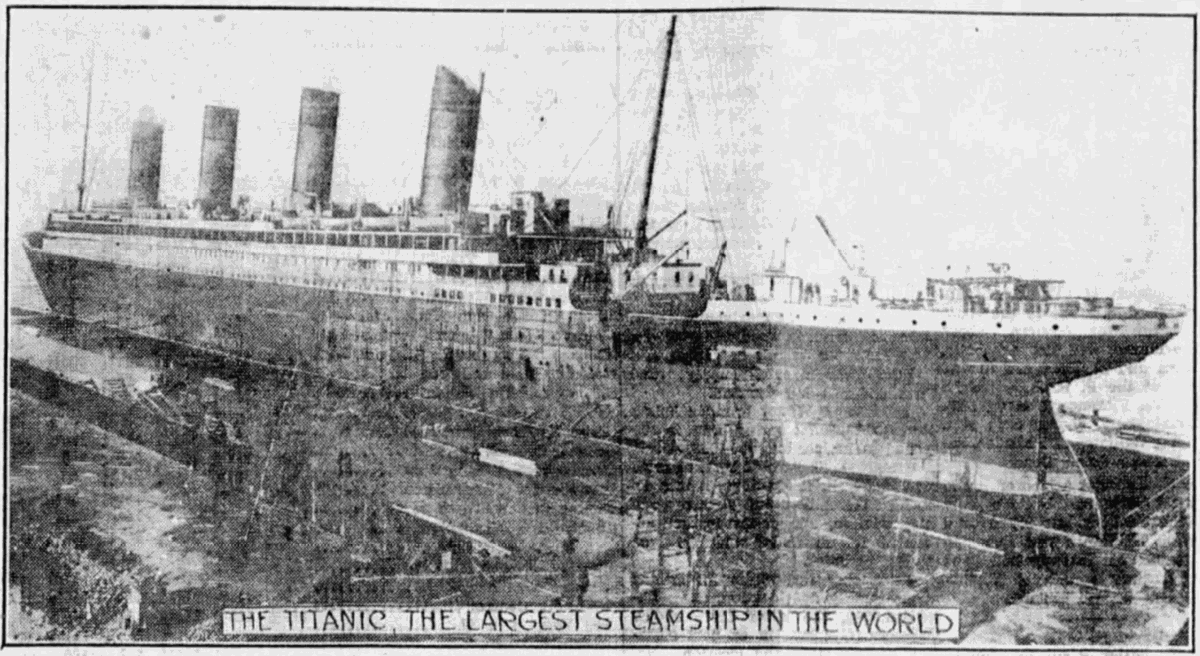 This image of the Titanic under construction appeared on the front page of the April 16, 1912, Morning Journal. 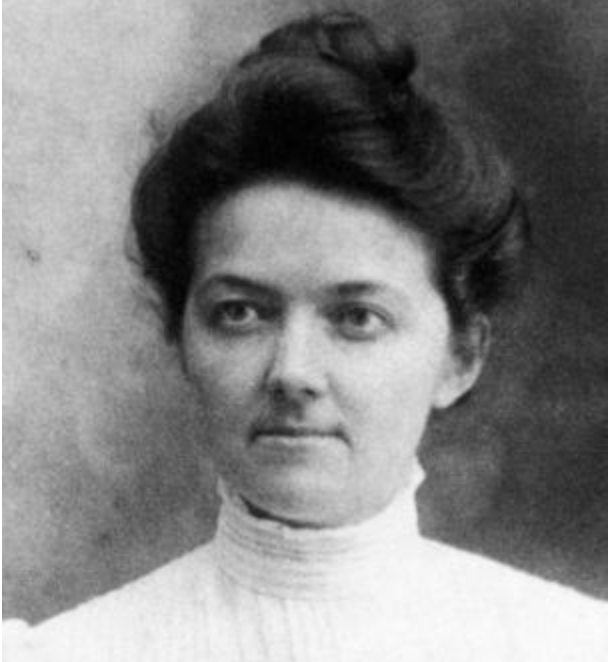 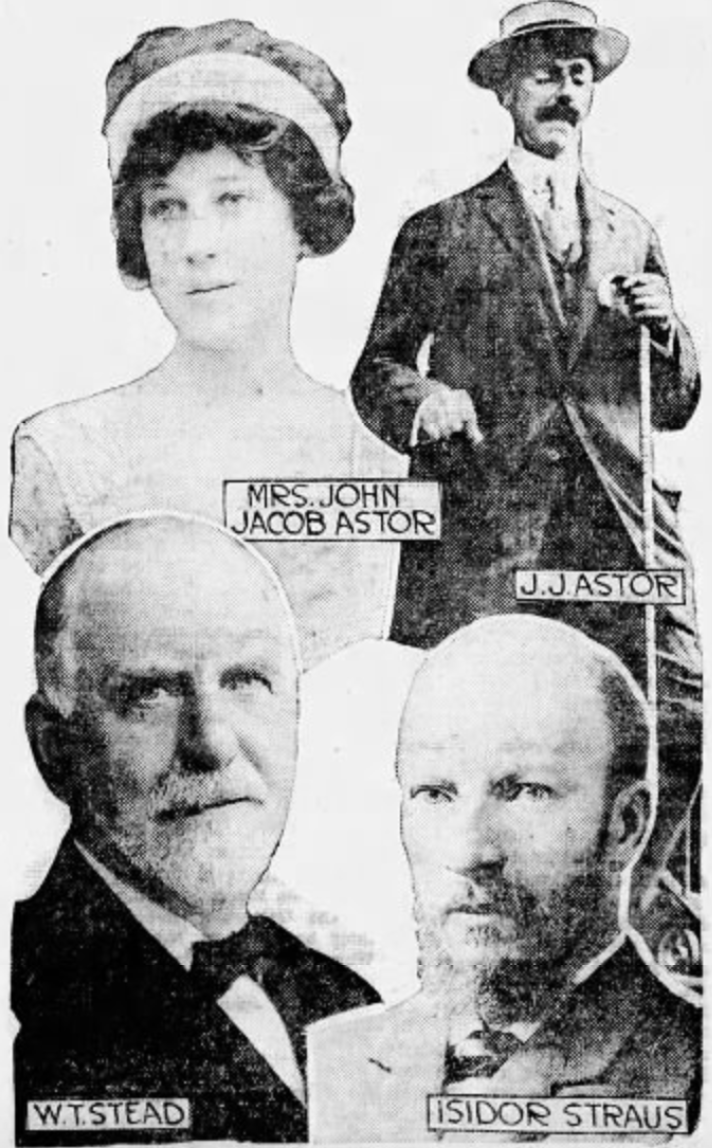 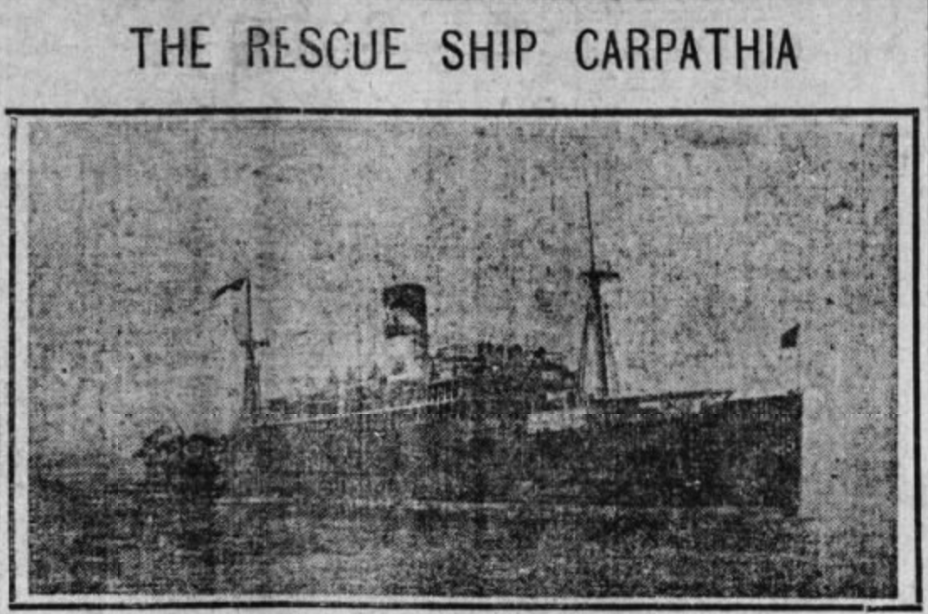 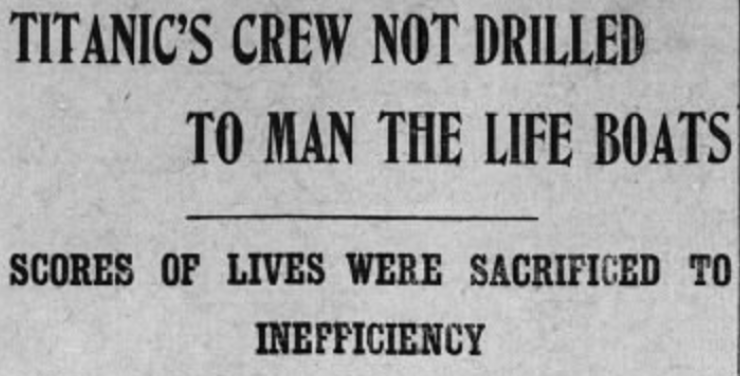 One hundred and eight years ago this month, an allegedly unsinkable ship - the largest, most luxurious steam liner ever built - struck an iceberg and sank, leaving nearly 1,500 of its crew and passengers dead.

Since then, the White Star Line's ill-fated RMS Titanic has become a mainstay of popular culture, spawning traveling museum exhibits, a blockbuster film, and countless metaphors for looming doom.

Over the last century, the final moments of this maritime disaster have been revealed and picked over in excruciating detail - if you're so inclined, you can dig deeply into Titanic lore and learn practically every movement of the crew and passengers during the disaster.

But all of that came after the fact. We thought it would be interesting to look through the LNP | LancasterOnline archives to see how the story of the Titanic was reported in real time.

We learned that each day's newspaper carried its own version of the story, sometimes drastically different than the story of the day before, as new information came to light. We also learned about a local woman of some renown who perished in the shipwreck.

Early reports: 'Not at all worried'

Perhaps the most striking aspect of the real-time reporting on the Titanic disaster is just how wrong the early reports were.

The April 15, 1912, New Era - an afternoon newspaper - bore a large front-page headline about the incident ("The Titanic hits iceberg // Disaster to new White Star liner"), but the accompanying story took a reassuring tone.

The article was quick to list the various other ships near the Titanic, expressing confidence that the passengers and crew would be safely evacuated to other vessels.

Numerous officials were quoted, all of them underscoring the notion that the Titanic was "unsinkable."

P.A.S. Franklin, vice-president of the White Star Line, stated: "We place absolute confidence in the Titanic. We believe the boat is absolutely unsinkable ... We are not at all worried about the loss of the ship, but we are extremely sorry for the annoyance and inconvenience to our passengers and the traveling public."

Even so, this first New Era story bore some ominous hints of what was to come - the "Marconi stations" (radio telegraph stations) on land eventually stopped receiving messages from the Titanic. And what reports were received directly contradicted one another - one said the Titanic was still moving under its own power, another said it was under tow by another ship (the Virginian), and a third said it was sinking, but all passengers were expected to be rescued.

The public learns the real story

Just 24 hours later, the bleak reality of the steamship's fate was reflected in local headlines.

The New Era headline announced more than 1,300 dead - a number that would later be revised upward - and the accompanying story described in grim detail the Titanic's last hours.

The Allan Line vessels Virginian and Parisian arrived too late to be of service, and the only ship to which passengers had been evacuated was the Cunard Line's Carpathia.

Reports had come in about passengers rushing to the deck partly dressed, having been awoken from their beds by urgent calls to evacuate, and then getting into lifeboats in the frigid north Atlantic while scantily clad.

"Shortly after two o'clock yesterday morning," the New Era stated, "the sinking Titanic made her great dive into the sea, carrying with her hundreds of persons to death."

The rich and famous passengers

The Titanic's first-class cabins were filled with the wealthiest members of the social elite of 1912, which meant that a significant amount of media attention was paid to those particular passengers.

The Morning Journal of April 17 dedicated most of its front page to the Titanic story, as all local papers did for the entire week of the disaster. The Journal's main story focused on the survivors and the missing, with special attention paid to the glitterati who had booked passage on this historic ship's maiden voyage.

Information about the fate of particular individuals was hard to come by, so as of April 17, there still was ample speculation.

Among the rich and famous people mentioned in the Journal's story were:

All of those men except Ismay were later reported to have perished in the disaster.

The Journal article also reported that Alfred G. Vanderbilt, tycoon of real estate and railroads, was initially believed to be a passenger on the Titanic, but he did not board the ship, and was safe in London.

Vanderbilt died three years later, when he booked passage on the RMS Lusitania, the ill-fated vessel that was torpedoed by a German U-boat in 1915.

There were no Lancaster County residents aboard the Titanic, but there was a notable name from Berks County on the passenger manifest: Annie Funk, a Mennonite missionary from Boyertown.

Funk had been doing mission work in Janjgir, India, and was traveling home for the first time since 1906, having received a telegram to rush home, as her mother was in poor health.

Funk spent weeks traveling by land and sea from India to England, only to find that the ship on which she had booked passage to America would not be sailing because of a coal-workers strike. She then changed her plans and bought a second-class ticket on the Titanic.

The New Era published a brief article about Funk on April 18, 1912, under the headline "Berks County woman has probably perished."

Funk's mother died in February 1913, with the New Era reporting that grief over her daughter's death had hastened her demise.

Finally, on May 5, 1913, the New Era reported that hundreds of Mennonites from all over Central Pennsylvania had gathered in Berks County for the dedication of a memorial monument to Annie Funk and her missionary work.

(Another local connection: Max Froelicher Stehli and his family, of Zurich, were survivors of the Titanic disaster. He was an owner of Stehli & Co., the Swiss silk producer that opened its first American factory in Lancaster in 1897.)

Waiting for the Carpathia

In the days immediately following the loss of the Titanic, the media - and the public - were playing a waiting game.

Local newspapers seemed to be breathlessly awaiting the arrival in New York of the Carpathia and its load of Titanic survivors, as radio contact with the ship was minimal at best.

"The Carpathia silent as to number of survivors," this New Era headline from April 18, 1912, reads. Furthermore, the vessel's captain and crew refused to answer questions about "notable Americans" who may have been lost in the shipwreck.

When the Carpathia finally docked in New York, the stories of the passengers finally began to be told.

And the band played on

Among the many aspects of the Titanic disaster that has become pop-culture legend is the notion that the ship's band continued to play as the liner sank into the sea.

The April 19, 1912, New Era reported that detail among many others, as first-hand accounts of the ship's sinking were told by survivors after the Carpathia arrived in New York:

Captain Edward Smith, after supervising the evacuation, stayed behind and went down with the ship.

Most women and children boarded the lifeboats, while some women chose to stay behind and die in their husbands' arms.

The survivors paddled for hours in the icy waters of the north Atlantic, awaiting a rescue that none of them knew for certain would come.

At least one officer of the ship shot himself as the liner began to sink.

And of course, the band played through the whole disaster, changing their selections from secular songs to hymns as the ship sank.

From the New Era story:

The Titanic "sank, bow foremost, with 1,595 souls aboard, her captain at the bridge, her colors flying, and her band playing "Nearer, My God, To Thee," in 2,000 fathoms of water, off the banks of New Foundland, under starlit skies, at 2:20 a.m. Monday."

'Scores of lives were sacrificed to inefficiency'

By April 20, with the survivors on American soil and the Titanic at the bottom of the ocean, the attention of the press and the public turned to pinpointing the problems that led to the tragedy - and there were plenty of problems to investigate.

The Titanic's lifeboats could accommodate less than half of its passengers.

The crew had no training in manning, equipping or launching the lifeboats.

The White Star Line and its personnel placed too much faith in the notion that the Titanic was "unsinkable."

The captain proceeded at full steam through an area of the ocean that was littered with icebergs.

And on and on. By this time, Senate committees were already probing the disaster, and the process of investigation and analysis promised to be a long one.

Even longer, of course, was the public's fascination with the doomed Titanic and its passengers, ranging from the wealthiest people of their day in first class cabins to destitute immigrants in steerage. Their stories would be told over and over, in ever-increasing detail, throughout popular media.

From McCaskey to F&M to Hollywood: The saga of Oscar-winning director Franklin Schaffner

Acclaimed filmmaker Franklin Schaffner was known for many things: His Oscar-winning work on "Patton." The original "Planet of the Apes" movie.…