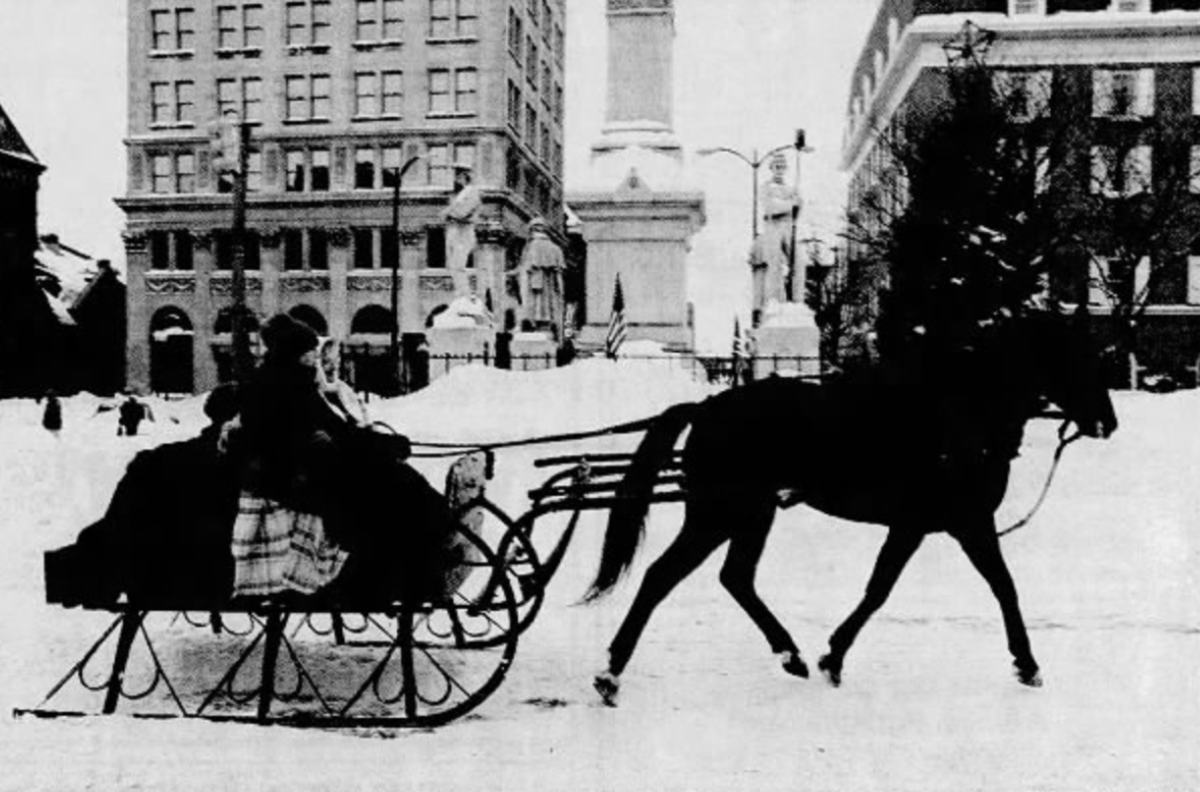 Nurse Ruth McCullough gets an Amish sleigh ride through Penn Square in this photo from the blizzard of 1996. Roads were closed for days after the record 30-inch snowfall, and McCullough was on her way to her East Lampeter Township home after a marathon shift at Lancaster General Hospital, courtesy of her neighbors, Nathaniel and Daniel Miller and their old-fashioned horsepower. 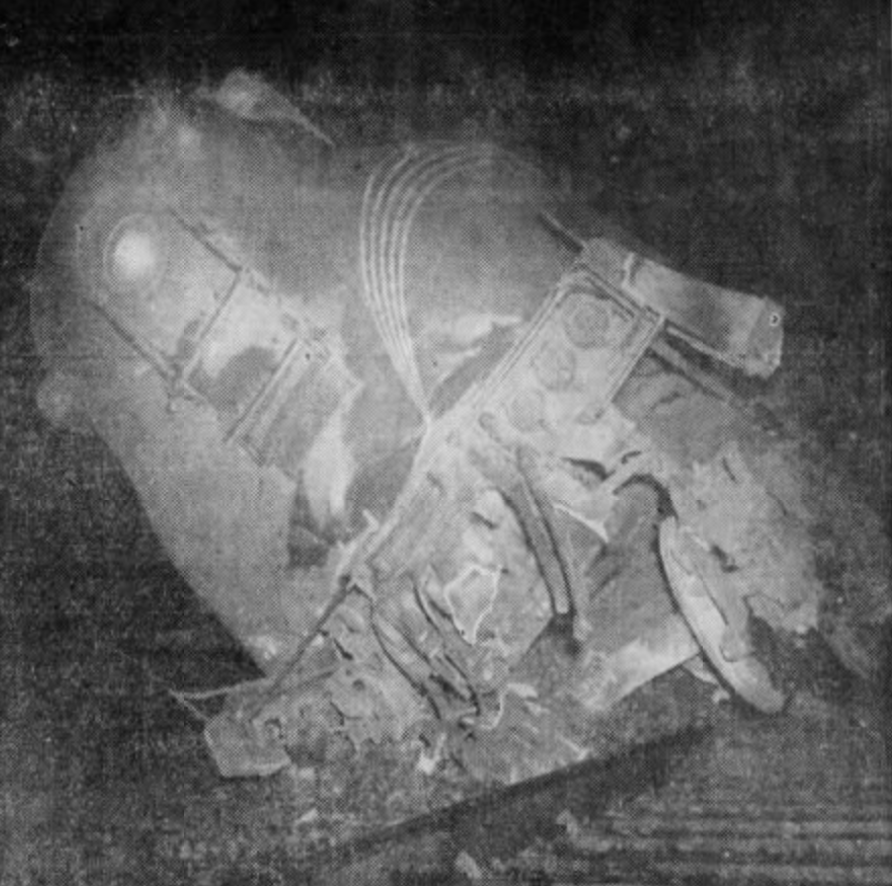 This electric locomotive, pulling a combination mail and passenger train, derailed north of Elizabethown after a rockfall blocked the tracks in January 1946. Five people were injured in the wreck.

What better way to start a new year than with a blizzard?

The blizzard of 1996 dumped record snowfall across Lancaster County, dumping up to 30 inches in some areas, and more than 24 inches in the city over the course of Sunday and Monday, Jan. 7 and 8.

And on Friday, Jan. 12, another 6 inches was expected to fall in a follow-up storm.

The county came to a standstill, with many schools expecting to be closed for an entire week, and many businesses also shut down.

A statewide travel ban, imposed by Gov. Tom Ridge, was lifted on Jan. 10, and grocery stores were immediately mobbed with people trying to restock on necessities like milk and bread, despite the fact that supplies were low thanks to the blizzard shutting down shipping.

Two days after the snow stopped falling, many city side streets were still not cleared, and rural communities were faring no better. Still, people found innovative ways to get around - Amish people with a horse and sleigh were spotted in the city ferrying a nurse to and from her shift at Lancaster General Hospital, for example.

Tourism in Lancaster County was booming in 1970, year-end reports indicated, with one particular attraction seeing the most growth by far.

The Strasburg Rail Road, already the county's top tourist draw in 1969, widened its lead with a massive increase in ridership of more than 24 percent. More than 230,000 people rode the Strasburg rails over the course of the year.

The Pennsylvania Farm Museum was the second most popular attraction, with over 126,000 visitors, a 10 percent increase over the previous year.

Other top attractions, including the Ephrata Cloister, Wheatland and Rock Ford, also saw increased traffic as the new decade began.

US jet fires on missiles in N. Vietnam

Five people were injured when a Pennsylvania Railroad Company train derailed north of Elizabethtown on the evening of Jan. 9, 1946.

A rockfall, likely the result of thawing, was the cause of the derailment. Three boulders, estimated to weigh between 50 and 60 tons, were blocking the rails. Cleanup crews were planning to dynamite the massive rocks in order to allow for easier removal.

The train, which was carrying both mail and passengers, was passing through the 40-foot-deep Conewago Cut between the Dauphin-Lancaster county line and the Elizabethtown station at the time of the derailment.

Overseas vets not needed can be sent home

At the beginning of 1921, the local tobacco growers' association held its annual meeting, complete with analysis and predictions about local crops and global markets - and a recommendation for local growers to destroy their crops.

With export trades nearly nonexistent and only the highest grades of tobacco fetching anything close to a reasonable price, lesser grades of crop were likely not worth the time and effort it would take to prepare them for sale.

The association's secretary, Charles Hess, suggested growers might want to simply burn their crops in the field. However, he also raised a tentative plan whereby the association might arrange for storage of the crops in collective warehouses, with profits from any sales - if indeed sales were possible - being divided between the growers and the association.

Poor trade conditions due to lower rates of exchange

An ice storm, a sugar rush and a prison break [Lancaster That Was]

A first in eye surgery, a New Year's radio show and a college housing shortage [Lancaster That Was]

Who remembers Rebman's and its Moon Room?

While the site of the former Rebman's on South Queen Street remains undeveloped, having clos…

A nasty ice storm, F&M's new telescope and the first anniversary of Prohibition [Lancaster That Was]