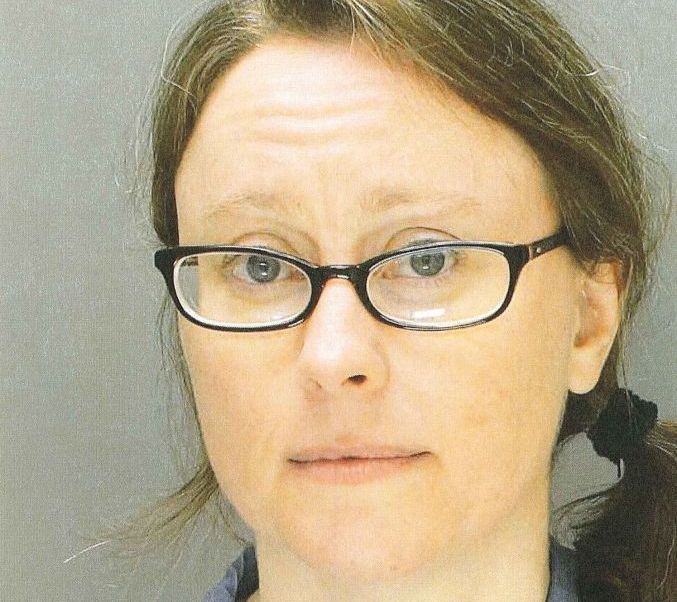 A former McCaskey student who was sexually abused by a teacher in 2008 is suing the school district.

The former student has filed suit against the School District of Lancaster regarding its handling of the sex scandal, according to court filings and testimony.

The former teacher, Christy Lee Smith, was convicted last week of multiple sex crimes against the student, then a 15-year-old sophomore.

The victim, now 20, has filed a writ of summons — essentially a notice of civil suit — against the district, specifically:

• Dwight Nolt, former McCaskey High School principal who was in charge of the school’s investigation in 2009.

There was extensive testimony at Smith’s criminal trial about the civil suit and the district’s handling of the teacher-student relationship.

According to testimony, administrators didn’t question the student about the relationship after multiple school employees filed complaints, citing “red flags.”

Instead, according to testimony, the student remained in Smith’s English class until the end of the 2008-09 school year. In April 2009, the district closed its investigation, allowing Smith to keep teaching due to lack of “direct evidence.”

Assistant District Attorney Karen Mansfield, in a closing argument, was blunt in her assessment of the district’s action.

“Maybe he should sue the school district because they didn’t do the right thing,” she said. “They didn’t investigate.”

A spokesperson for School District of Lancaster directed all requests for comment to Robert Frankhouser, district solicitor.

Frankhouser declined to comment on specifics because the formal complaint hasn’t been filed.

That is expected after Smith is sentenced on the criminal charges. Testimony from the criminal trial will likely be included in the complaint.

Frankhouser said Nolt and Rivera will be covered under the district’s insurance policy, but Smith would not.

“As one who is now twice convicted, Ms. Smith is not entitled to defense for this civil claim,” Frankhouser said. “We have a defense obligation for both of them [Nolt and Rivera].”

Nolt, now director of education at the School District of Cheltenham Township, testified at Smith’s trial.

The victim testified at trial that he filed a civil suit.

A defense attorney asked if he expects financial reward.

“I suppose,” he replied.

The amount being sought hasn’t been made public.

While on the witness stand, Nolt didn’t recall details regarding the school’s handling of the situation.

Mansfield asked multiple questions about when the student was first interviewed.

“I do think there was an interview with (him), but I’m not clear on that,” Nolt said.

Mansfield asked Nolt if the student was directly asked what happened between him and Smith.

“I don't know that we asked him directly,” Nolt replied. “I’m not clear.”

Mansfield noted that in her closing argument.

“What kind of investigation is it when you don’t even ask (the alleged victim) what was done to him?” she said, making quotation marks with her hands while discussing the district’s “investigation.”

Other school staff, including teachers and counselors who worked closely with Smith and the student, testified about the situation.

Dan Casillo, the student’s emotional-support teacher, said he warned Smith numerous times about her contact with the student. Casillo said he eventually went to Nolt, with a copy of a journal containing “romantic” back-and-forth writings between teacher and student.

Kim Walls, a teacher whose classroom was next to Smith’s, testified to taking similar action.

Counselors Rachel Flores and Ruby Taylor said they were so concerned with the relationship they filed complaints with their supervisors.

Both were directed to allow the school to handle the investigation.

Flores testified that, a week after a conversation with Nolt, she received a letter from the district.

“A threatening letter was sent to my job from SDL, (stating) if I don’t stop talking about one of their teachers, I could be fined,” she testified.

Frankhouser previously acknowledged that a letter was sent, but said it wasn’t threatening in nature. He also said, at the time of Smith’s first trial in 2012, that the district’s response to the situation was appropriate.

The letter stated that Smith’s actions presented “significant risk of misinterpretation,” according to testimony.

The student stayed in Smith’s English class, but he was banned from having out-of-class contact with the teacher. Testimony showed the two continued to stay in contact via phone.

The victim and others testified that he was never told about the restrictions.

“The school district swept it under the rug,” Mansfield said during the trial. “They thought it was over.”

A relative of the victim was the first to contact police about the relationship, in January 2010.

Smith was charged, and terminated by the district, in October 2010.

Lancaster County District Attorney Craig Stedman said previously that the district did not break any laws in its handling of the situation.

The former student is not being named, in accordance with our policy regarding sexual abuse victims.

A former McCaskey teacher convicted in 2012 for sexually abusing two students must register as a sex offender for the rest of her life, the Pe…