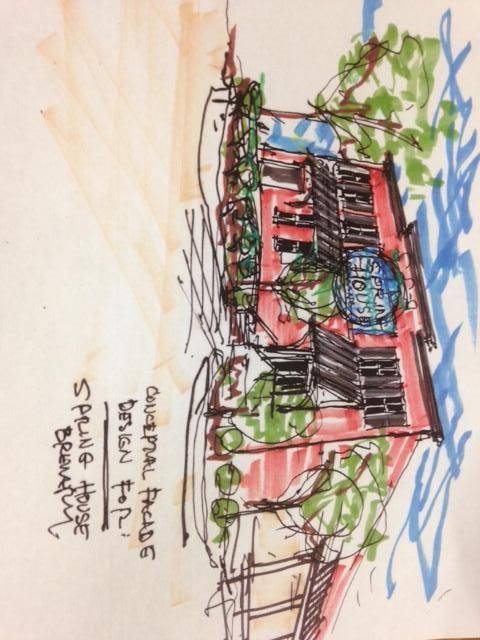 A rendering of the Spring House Brewing Company building, planned in a former warehouse at 209 Hazel Street. Illustration by Calabrese Good Architects. 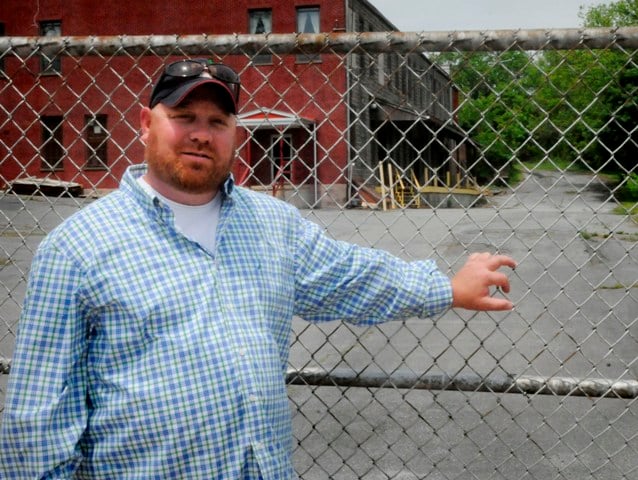 Matt Keasey, founder and brewer of Spring House Brewing Company, on Tuesday stands outside the 209 Hazel St. building which he plans to renovate into a brewery and brew-pub. 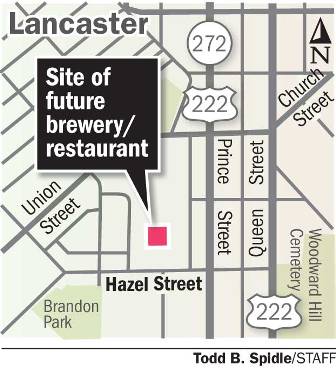 A rendering of the Spring House Brewing Company building, planned in a former warehouse at 209 Hazel Street. Illustration by Calabrese Good Architects.

Matt Keasey, founder and brewer of Spring House Brewing Company, on Tuesday stands outside the 209 Hazel St. building which he plans to renovate into a brewery and brew-pub.

To meet the growing demand for his Spring House beers in the Washington, D.C., and Philadelphia markets, Matt Keasey needs to expand.

So Spring House Brewing Co. plans to open a brewery in a former warehouse in southwestern Lancaster city, in addition to another city brew pub.

Keasey's current brewing operation is in a converted barn on his Conestoga property, and the beer made there will continue to flow at the Spring House Taproom, in the Hager building, 25 W. King St., Keasey said.

On Monday, Lancaster city Zoning Hearing Board members approved a special exception for a new brewery at 209 Hazel St. in the city. The 27,200-square-foot building is zoned for manufacturing.

“It will be a drive-to destination. It won’t really rely on foot traffic,” Keasey said of the brewery, which will be about four blocks south of the downtown and a half-block west of busy South Prince Street.

Architect Keith Good, of Calabrese Good Architects, said the plan calls for removal of much of the building’s second floor to allow for the large tanks needed for the brewing operation.

Keasey, who began Spring House in 2007, said the new facility will allow him to increase production from 3,000 barrels annually to 10,000 barrels.

Now, much of the Seven Gates Pale Ale, Big Gruesome chocolate peanut butter stout and other beers he brews in Conestoga are sent to the eastern two-thirds of Pennsylvania.

With the increased capacity, he will be able to ship throughout the state and into Delaware and the D.C. metro area, and stretch his Philadelphia-area distribution into New Jersey.

About 2,000 square feet of the building will be used for the pub and restaurant operation, Good said. The plan also calls for a patio area outside the building, but that might not be developed immediately, he said.

Unlike the King Street taproom, the brewpub will have a full kitchen and a restaurant menu, Keasey said.

Keasey said he has not yet attained a liquor license for the site.

Renovations could begin within the next few months, Good said. He did not know how soon the brewpub could open.

With the purchase of the larger equipment and extensive renovation of the building, Keasey said he anticipates the project will cost about $3 million.

He expects to hire 10 to 15 employees for the brewing operation and about 20 for the restaurant. By its third year, the operation could grow to 40 to 45 employees, he said.

When the new brewery opens, Keasey said, he plans to close the brewery on his property at 2519 Main St. in Conestoga. He might reopen it later to brew specialty sour beers, he added.

He has an agreement to purchase the vacant Hazel Street building, which was last the home of a roofing company. The building is listed for sale at $495,000.

City zoning requires 28 parking spaces for the brewery and restaurant, based on square footage. Good said the plan calls for 34 spaces.

The plan also calls for renovation of a smaller 3,000-square-foot building at the rear of the two-acre site to be used for cold storage for the brewery.

The zoning board approval includes conditions that limit the brewing production operation to 8 a.m. to 5 p.m. and the brewpub to closing by 10 p.m. Sunday through Friday and midnight Saturday.

Outside seating will be prohibited after 9 p.m., and amplified music will not be allowed outside.

Also approved by the zoning board Monday were:

• Use of the former Reservoir Park pump house by the nonprofit Common Wheel community bicycle shop.

The shop will sell refurbished used bikes, helmets, locks and racks to encourage city bike riding. But its focus will be education, providing classes for new riders to maintain those bikes. Opening is planned for the end of the month.

• A church and community center in a former restaurant at 28 E. Vine St.

R. Arthur and Rhoda Yost, of Willow Street, said at last month’s meeting that initially their Rivers Edge Fellowship would have two groups worshipping in the 2,300-square-foot building. The larger group, of as many as 50, are refugees from Nepal.

English language and other educational classes for new refugees will be offered at the property.