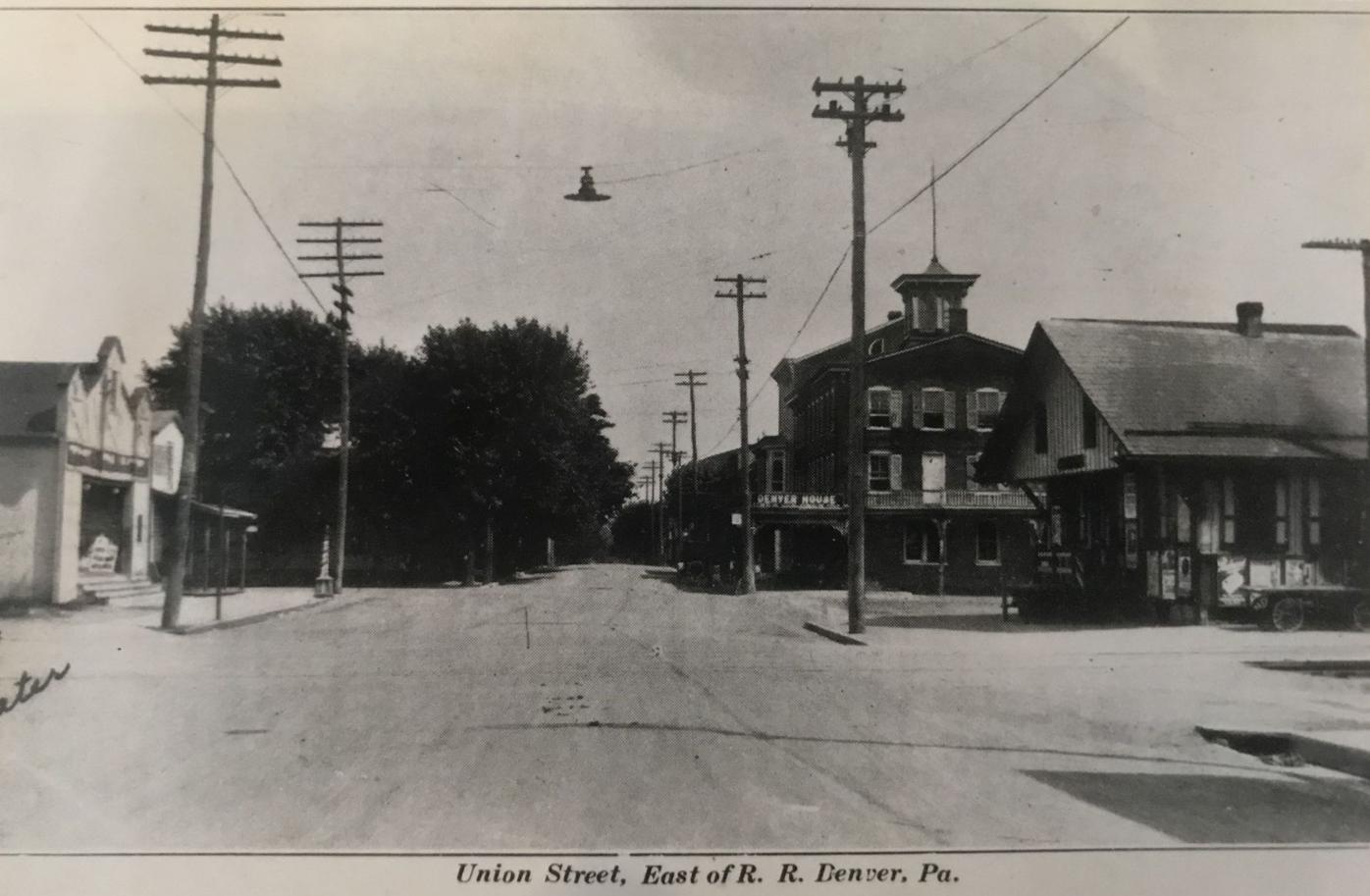 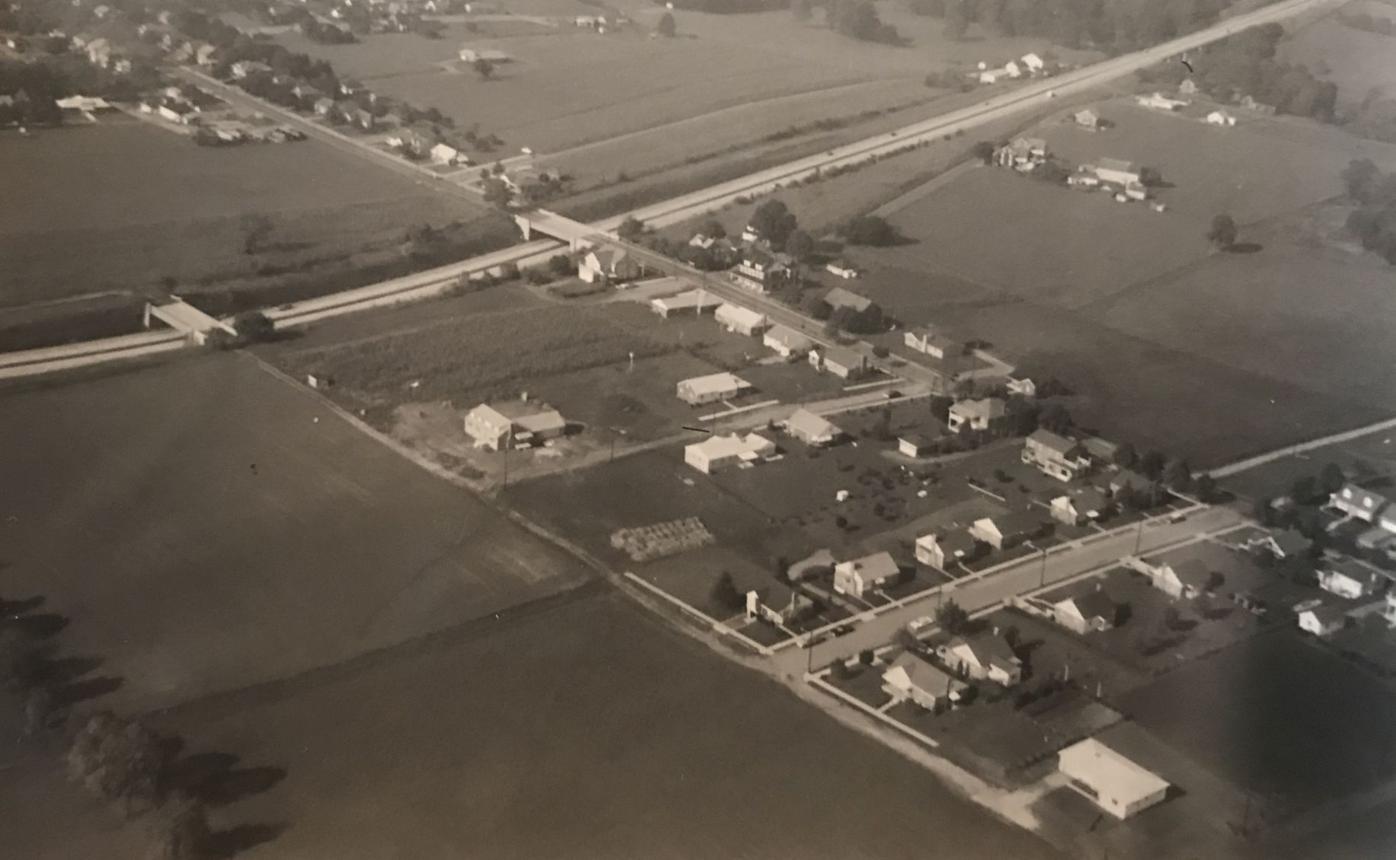 An aerial photo of Denver soon after the opening of the Pennsylvania Turnpike. At the time, the North 5th street bridge (at left) only serviced a dirt road. 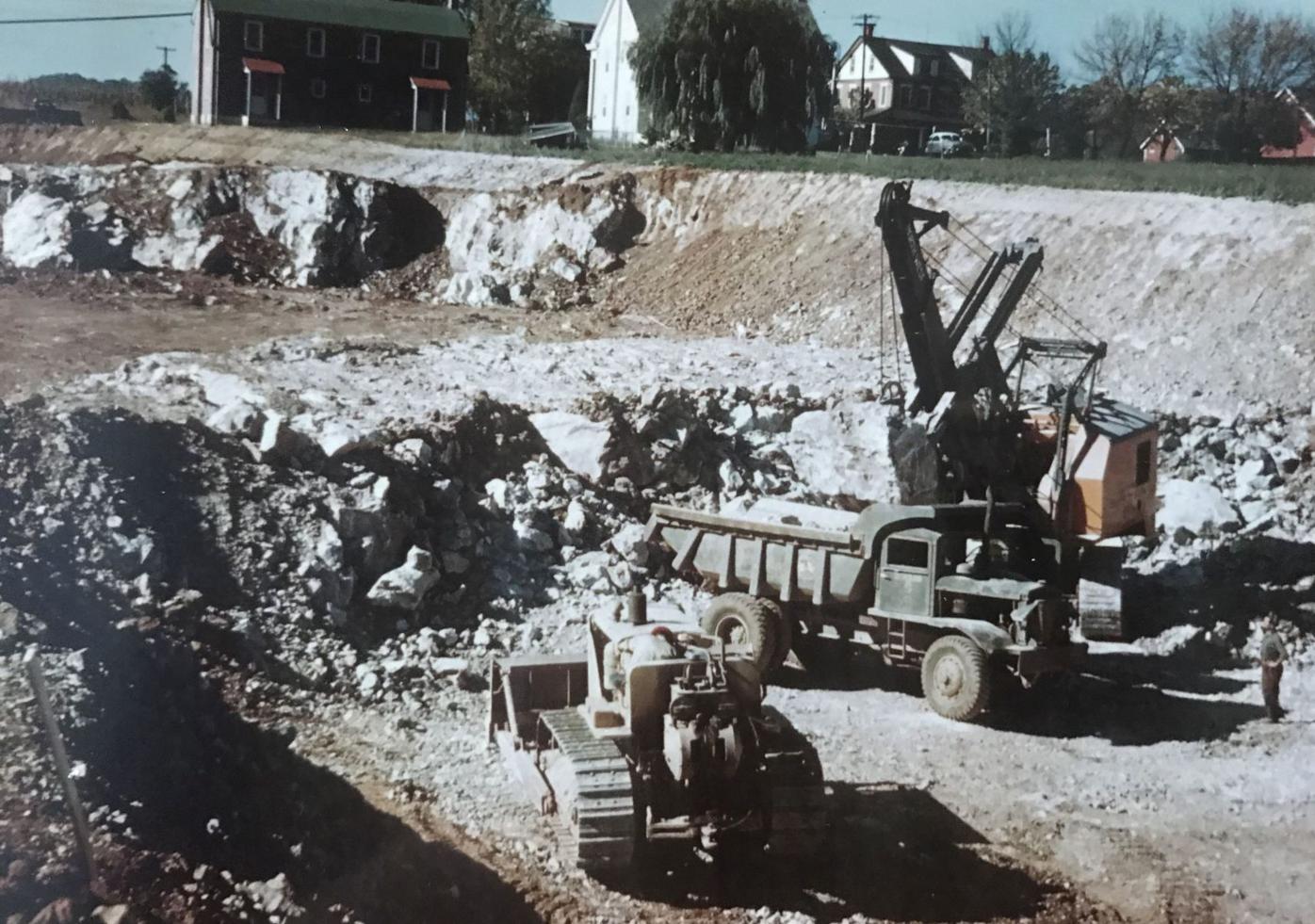 Construction on the Pennsylvania Turnpike through Denver which opened in 1950. 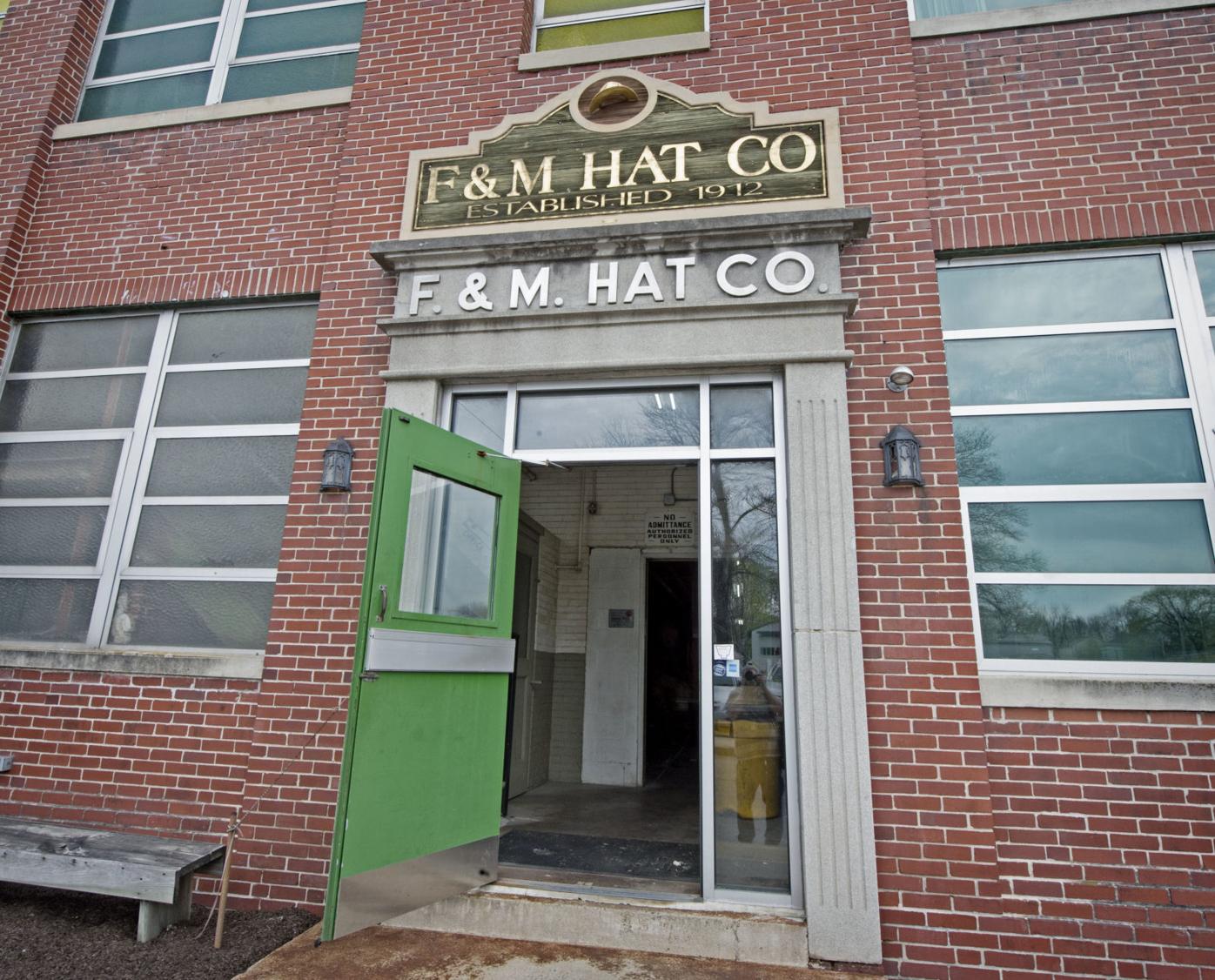 An aerial photo of Denver soon after the opening of the Pennsylvania Turnpike. At the time, the North 5th street bridge (at left) only serviced a dirt road.

Denver’s history dates back to 1735 when Hans Bucher, the area’s first settler, made his home in the area. His sons bought more land, enlarging the family’s holdings in the area.

A grist mill was built along what is now the Cocalico Creek, but by 1772, there were only six dwellings in the area. A blacksmith shop and a sawmill were also operating by 1820.

Early advantages for the settlement that become known as Bucher Thal were fertile soils and the limestone formations that were mined and used by early settlers to make mortar, plaster and whitewash.

In the 1830s, settler John Bucher became an advocate for using the lime as a fertilizer, which helped create new uses for the product. Several limestone quarries were operating in the area by the 1850s.

The one quarry still in operation outside Denver was opened in 1906 by Abram G. Kurtz. Today the quarry is owned and operated by New Enterprise Stone & Lime.

In December 1863, a railroad station opened in Bucher Thal as part of a new rail line from Columbia to Reading.

The station was originally going to be called Reamstown Station, but residents of the nearby village objected since the railroad had bypassed them. Instead, the rail stop was called Union Station, which became shorthand for the town that would become Denver.

The railroad station was torn down in 1971 and today a Turkey Hill convenience store occupies the site.

By 1881, Union Station had become Denver and the town’s continued growth had some residents considering incorporating as a borough.

The tipping point was a major fire at the Denver House, a tavern built behind the train station in 1868. Water from a local well and the nearby Cocalico Creek was insufficient to fight the fire, prompting tobacco merchant Aaron Shirk, physician W.D. Fink and businessman Ephraim Renninger to press for incorporation so a municipal water system could be created.

The trio filed an application for incorporation in April 1900 and by that December, Denver Borough came into being. It originally encompassed 183 acres, about a quarter its current size.

One of the first items of business for the new borough was purchasing a reservoir site and constructing a water plant, which went online in 1902.

Around the time Denver was incorporated, cigar making was the dominant industry in the area. But the mechanization of the industry doomed the trade of hand rolling cigars, which typified Denver’s factories.

As the cigar factories closed, new industries sprouted up in Denver, including the F&M Hat Company founded in 1912 by brothers Samuel and Daniel Fichthorn along with their brother-in-law Ambrose Marburger.

The Fichthorn family had previously been hatmakers in Reading from as far back as 1824, with John Jacob Fichthorn being an early hatmaker in nearby Adamstown.

In Denver, F&M Hat grew quickly into the town’s largest employer, giving generations of residents jobs in its factory. In 1939 there were 835 employees working two shifts; even into the 1990s the wool felt hatmaker had about 350 employees.

While the workforce has dwindled to less than 50, the F&M Hat Co. continues to operated today in Denver as a family company, with R.E. Ashley Fichthorn, a a fourth-generation owner, serving as president.

After years of planning, the Pennsylvania Turnpike opened in October 1940 as a 160-mile superhighway from Carlisle to Irwin, east of Pittsburgh.

Ten years later, the highway was extended east from Carlisle to Valley Forge, with a section passing through Denver and an interchange situated just 3 miles outside town.

Tens of thousands of motorists drive through Denver borough every day on the Pennsylvania Turnpike without seeing anything of the town.