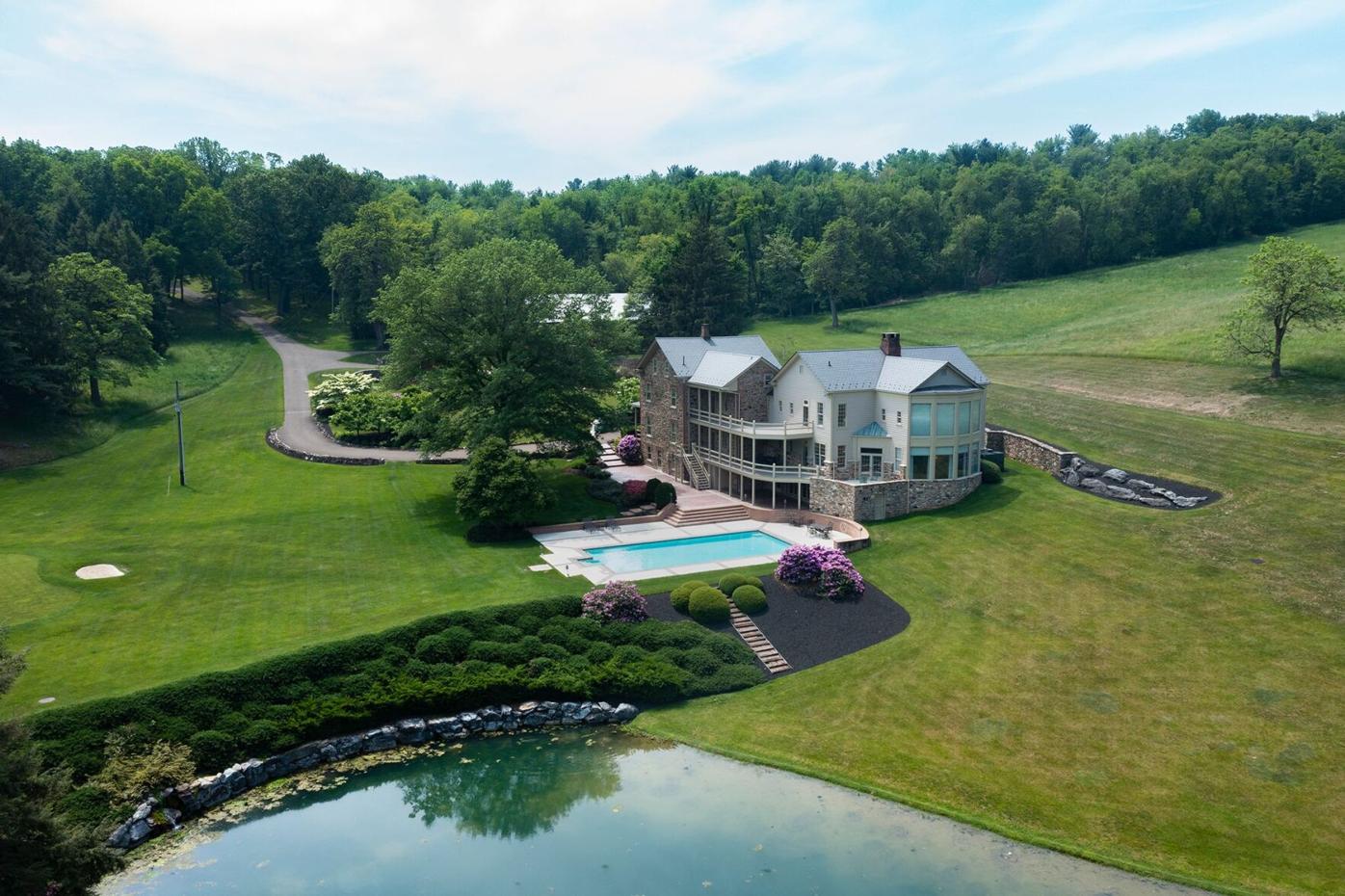 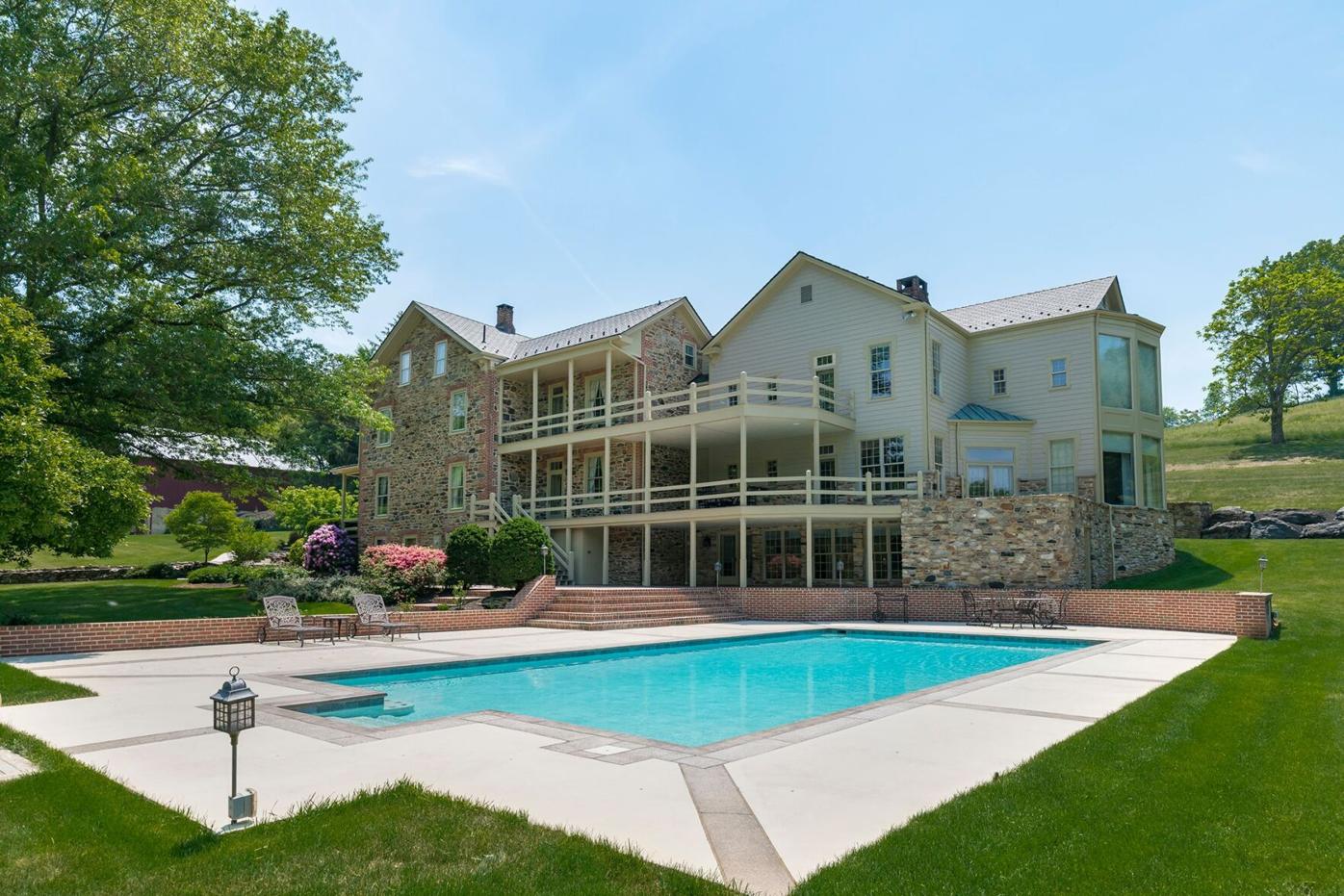 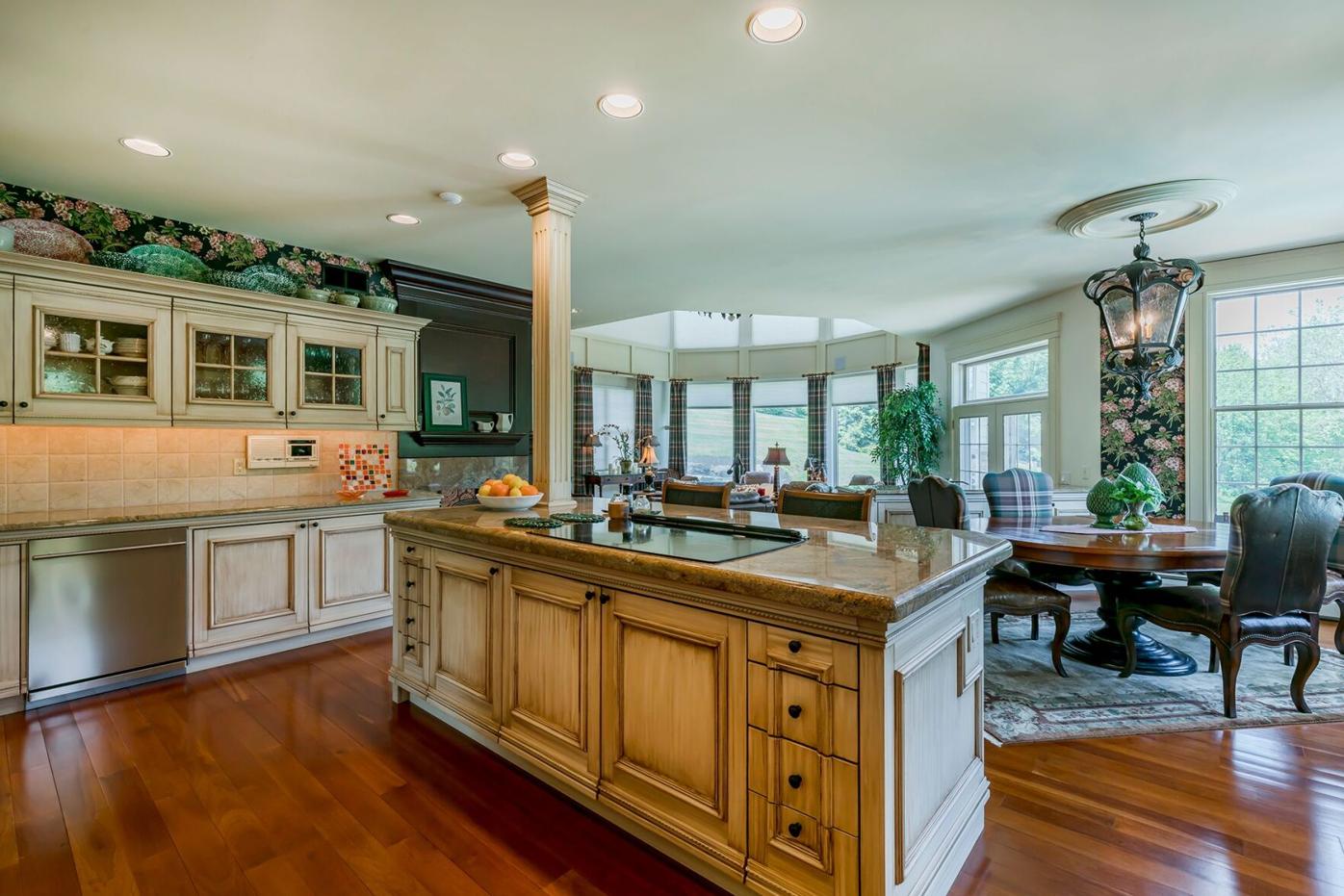 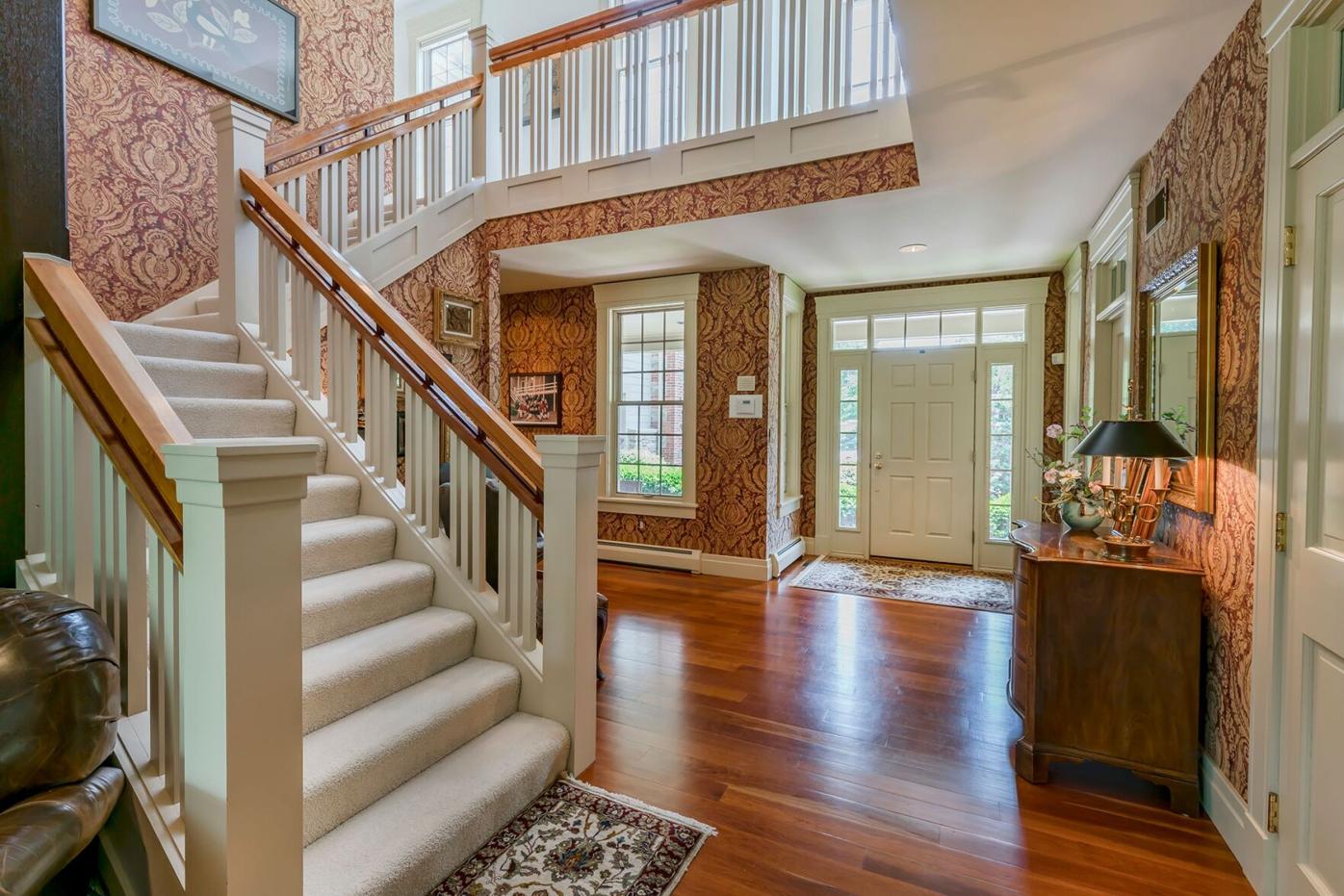 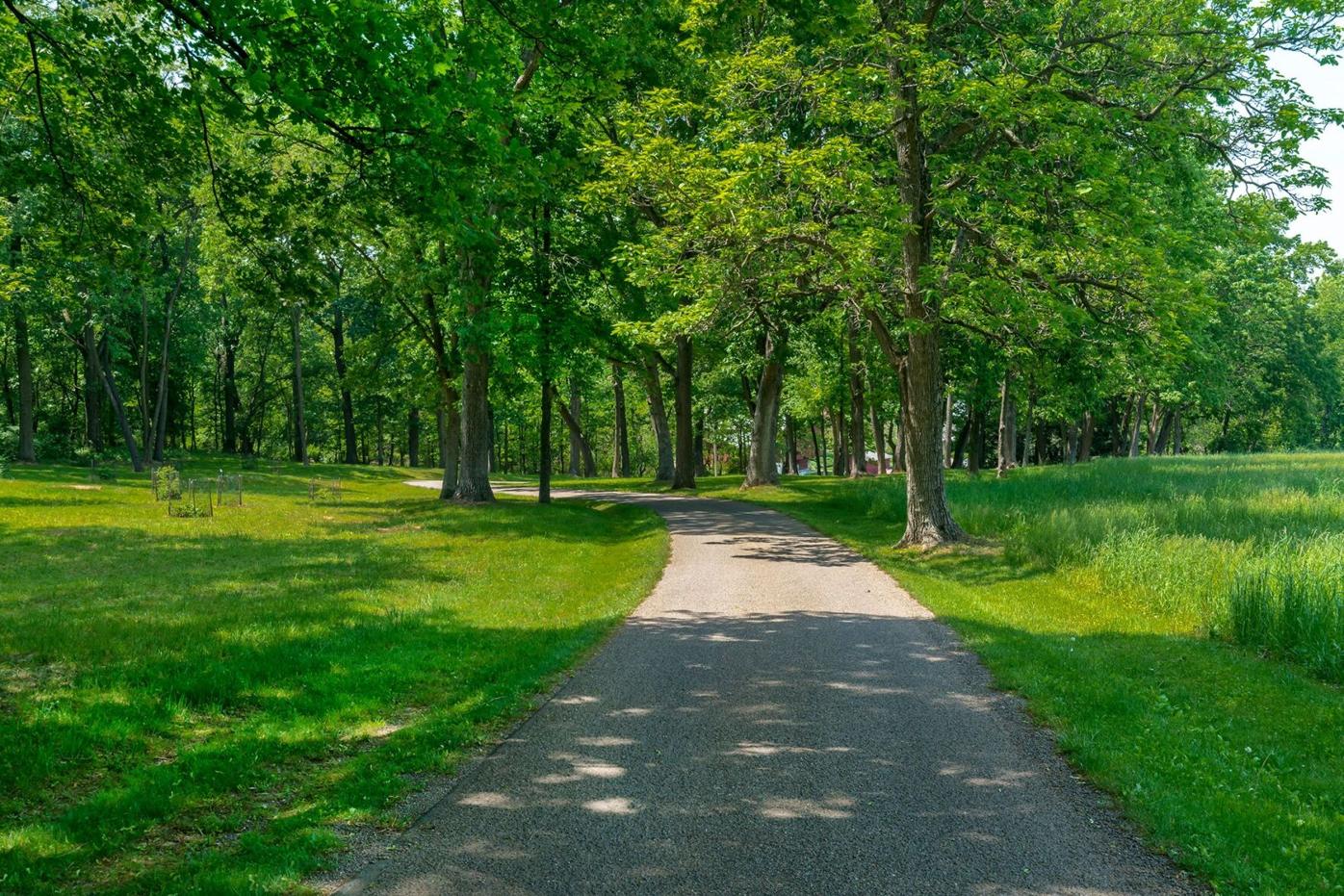 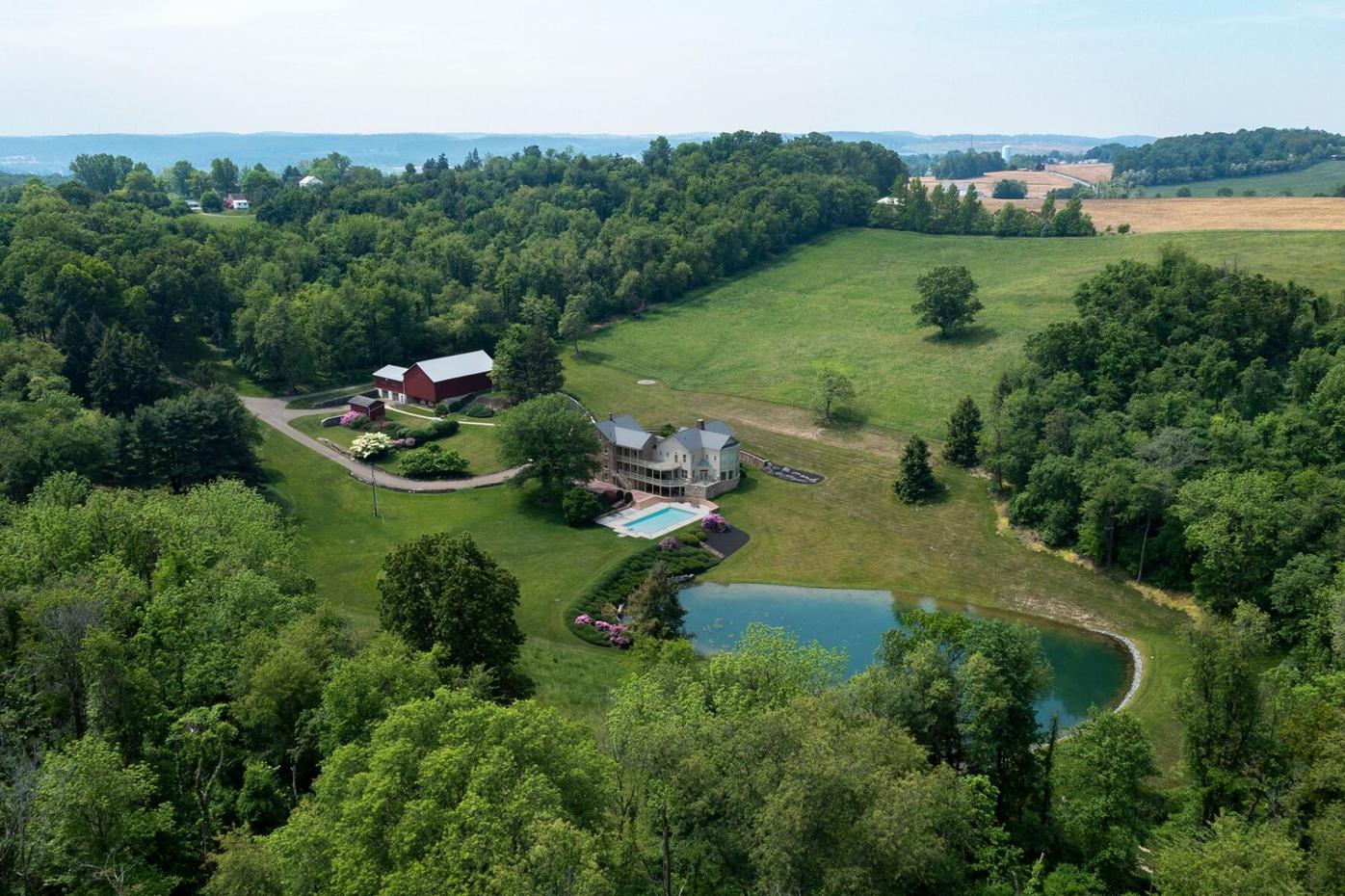 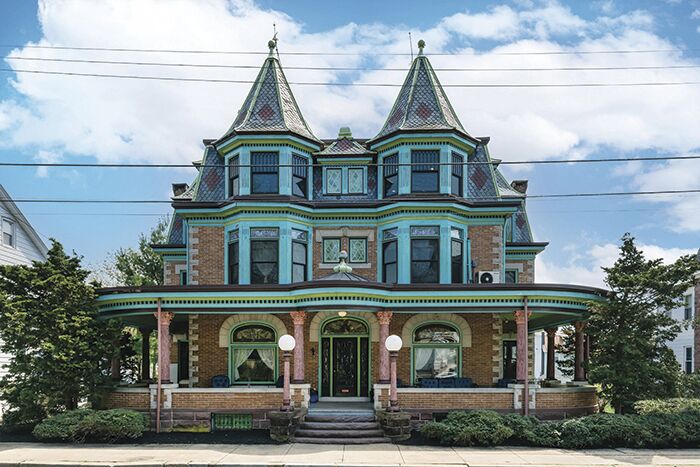 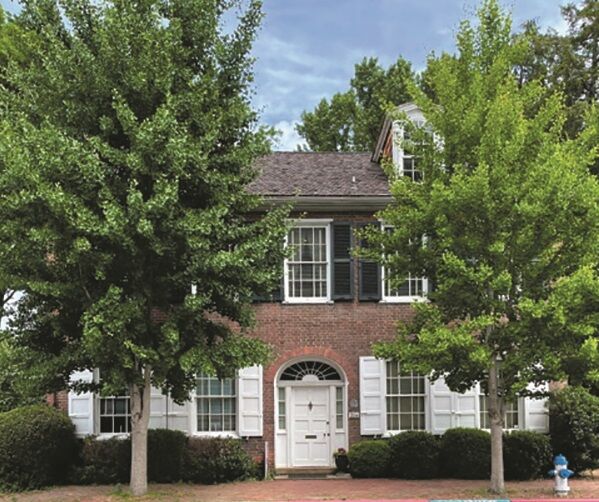 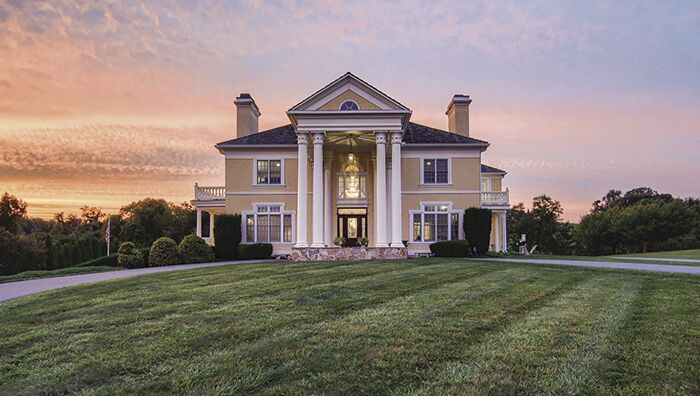 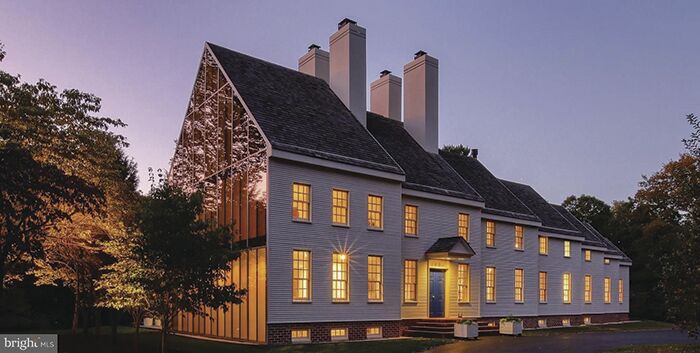 With the Parade of Homes underway, there’s plenty of attention on new homes, new designs and new trends.

But older homes have plenty to offer, too, says Realtor Marilyn Berger of Keller Williams Elite, who happens to be the listing agent for many architectural gems currently on the market.

“Every house has some kind of a story,” she says.

In fact, many of Berger’s listings have stories that go back generations, from 1810 to 2001.

The story of the colonial-style stone farmhouse and surrounding property currently on the market at 5751 Mount Pisgah Road, York, began before the Civil War. Although much of its early history is unclear, the property’s 20th century owners included “Shoe Wizard” Mahlon Haines, builder of the Haines Shoe House, and Park City developer Melvin Hyman.

For the current owner, the story began when her husband discovered the wooded entrance to this vacant property in 1978 and decided to drive down its sweeping driveway to see what might lie on the other end.

“He was delighted with what he found,” she says. “It was a beautiful setting that had been very neglected.”

Over the past four decades, the owners have restored and added to the beauty of the property’s 68-plus scenic acres and its original stone farmhouse. Located less than a mile from Samuel S. Lewis State Park, the gentleman’s farm is a picturesque setting, with wooded areas, two stocked ponds, expanses of fields, and soaring views of the surrounding countryside.

While most of the owners’ initial work was cosmetic, they doubled the size of the home in 1991 with an open-concept two-story addition more reminiscent of the airy A-frame interiors they had come to love in the Pocono Mountains. The home currently offers over 10,000 square feet of living space in a perfect union of old and new.

“I’m really appreciative of having the original historic-type structure,” the owner says. “I grew up in an old farmhouse, and that’s what I love.”

There’s plenty to love about the original footprint of the home, with its stone exterior and unique brick trim around the windows.

The addition complements the original home on the outside but gives it a luxurious upgrade on the inside, with a custom gourmet kitchen, a two-story family room and office on the first floor; a bedroom suite and an open loft exercise area on the second floor, and a full basement. Designed by Althouse Martin, the addition’s open floor plan and two stories of windows create a spectacular view of the surrounding property, allowing the owners to enjoy watching deer, turkeys, foxes and other wildlife, even while doing dinner prep in the kitchen.

As part of the renovation, the original kitchen became a laundry and pantry

The addition originally had cedar siding with windows framed in wood shaped to mimic the brick trim on the original farmhouse, the owner says. Since then, they’ve replaced the wood siding and trim with HardiePlank to eliminate upkeep.

To preserve the original structure, the owners only used existing window openings to create entrances to the addition. The original home and the addition offer two distinct styles by design, the owner says, and an opportunity to enjoy the best of both worlds: the historic and the modern.

Another area of great enjoyment and potential is the property’s exterior, which boasts an in-ground pool, porches, a Stampcrete courtyard and patios, tiered decks, a helicopter pad and those two stocked ponds. The owners filled in a third pond to create a golf green built to regulation with five tees ranging from 90 yards to 150 yards. The grounds include a yard irrigation system and spring-fed fountain.

The property also has a barn, multiple outbuildings and plenty of land well suited for pastures, making it the perfect opportunity for someone who has horses.

While the property is convenient to York, Lancaster, Baltimore and Harrisburg, its greatest appeal may be that it exists as its own peaceful and picturesque oasis.

“It’s more about the property and the privacy,” says the owner, “and the luxury of living in a home that gives me both the historic home as well as the modern.”

Or learn more about these other listings:

Featured in over 20 international publications, this home blends modern architecture with a traditional German farmhouse. Built in 1980 and updated in 2010 by world-renowned Washington, D.C., architect Hugh Newell Jacobsen, the home features a traditional front façade with telescope design along with steel-framed angular glass on the exposed sides and rear of the home. Skylights, sliding glass doors and a three-story, south facing glass wall flood the home with light. Other features include a gourmet kitchen and a master suite with sitting room overlooking the garden and dogwood grove. The 2.7-acre property also features a secret Zen garden with waterfall pond and natural woodland paths. The four-bedroom, four-bath home has over 5,000 square feet of living space.

This grand, Chataeuesque-style home built in 1912 spent its first 55 years as a duplex, before the current owners converted it into a single-family home for their growing family. The home now features a decorative entryway with grand staircase and restored mahogany woodwork. On the first floor, each side is a mirror image with sitting rooms, a living room and dining room. The original duplex had basement-level kitchens on both sides with dumbwaiters leading upstairs. The current owners replaced them with a first-floor kitchen featuring commercial appliances and French doors leading to a balcony overlooking the backyard. The property also includes a koi pond with waterfall, an in-ground saltwater pool and a potting shed. The nine-bedroom home has over 6,700 square feet of living space.

This grand neo-classical colonial estate sits on over 13 acres overlooking the Susquehanna River. The Lauxmont Farms home by architect James M. Williams is an entertainer’s dream, from its winding circular driveway and incredible in-ground gunite pool to its grand foyer with split circular stairs and marble floor. The stunning master suite features vaulted ceilings, large walk-in closets and views in every direction. The large ensuite includes French doors leading to a private balcony with a view of the river. The lower level includes a custom Belgian wood bar, a second full kitchen, a guest bedroom and bath, exercise room and built-in entertainment center. This 2001 Parade of Homes winner boasts five bedrooms and over 7,700 square feet of living space.

This classic brick Federal/Georgian home on the northwest corner of Marietta’s square is one of the most outstanding examples of Federal period architecture in Lancaster County. Built in 1808, the home affectionately known as Westerly on the Square was once the home of Dr. Samuel Huston, an abolitionist and close friend of Thaddeus Stevens. In 1999, the owner designed a mid-19th century addition to the home that includes a large kitchen, garden room and elevator on the first floor and a dressing room, laundry room and large bath complementing the master bedroom on the second floor. The four-bedroom home has over 3,600 square feet of living space.

Crews will be replacing a component of a Lincoln Road bridge in Clay and Warwick townships beginning June 24, according to an announcement fro…

In 1736, downtown Lancaster was a woodland.