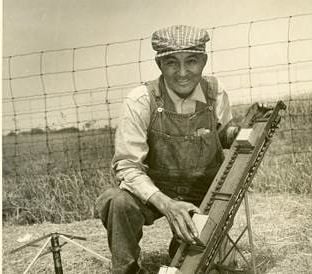 William Chester Ruth poses with a scale model of his bale elevator. 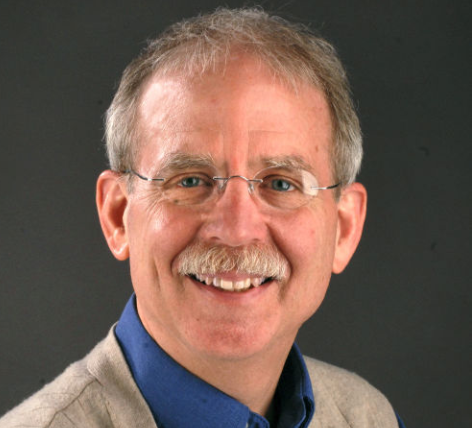 William Chester Ruth poses with a scale model of his bale elevator.

When William Chester Ruth was a boy, he disassembled his father’s tools, then put them back together.

His father was not pleased and chastised young “Chester.” He did not know he was dealing with an inquisitive son who would become a first-rate inventor.

During his long life, Ruth invented mechanical devices, largely agricultural, that included a straw bale press and an elevator to convey bales into storage units. He also made scale models of these devices.

Landis Valley Village & Farm Museum will display these models at the Pennsylvania Farm Show next month. Richard Ruth, of Chester County, grandson of the inventor, recently donated the models.

“William Chester Ruth has a great story,” observed Bruce Bomberger, Landis Valley’s curator. “In fact, he has a pretty smart and talented family all around.”

Ruth was born at Ercildoun, Chester County, in 1882. He was the son of a former South Carolina slave who came north as a teenager at the end of the Civil War, married and raised 12 children.

As a young man, Ruth worked at Lukens Steel in Coatesville, then moved to Gap, where he opened a blacksmith and machine shop. From the 1920s on, he designed and patented dozens of devices.

The baler feeder he created in the mid-1920s made life easier for farmers. Ruth’s invention included a turntable that allowed the feeder to change position without manual manipulation, which was dusty and dangerous. The feeder also made Ruth a small fortune.

In 1928, Ruth invented an automatic tie for a hay baler. It had 87 parts. Its design was so intricate that patent attorneys labeled it a “complicated mess.” They spent two years clearing Ruth’s patent claims. Ruth sold more than 5,000 of these machines.

At his machine shop, where he employed several workers, Ruth also invented the bale elevator, the manure spreader and, with a slight modification, the cinder spreader. The Pennsylvania Department of Transportation purchased many cinder spreaders for winter use in the 1940s. The devices later sold worldwide.

Ruth also created at least one novelty item — a Kiddie-Karousel that a Lancaster New Era story from 1956 reported was “designed to provide mechanical carnival rides for backyards and small playgrounds, as well as amusement parks.”

By that time, Ruth was well known. A feature story in Ebony Magazine in 1950 cited him as “one of the most successful” African-American inventors in history.

Leona Baker, of the Historical Society of Salisbury Township, told The Scribbler about Ruth after the Oct. 16 column featured a new book about Ed Nolt, inventor of, among other things, the baler. Nolt’s baler worked in conjunction with Ruth’s baler feeder.

“These guys all knew each other,” Bomberger explains. “They were machine-heads.”

In recognition of Ruth’s contributions, a Pennsylvania Historical Marker was erected along Route 30 at Gap in 2006.

Ruth’s granddaughter, Gwen Dickinson, lives in Valley Township, Chester County. She has shared family stories with The Scribbler. One is that her grandfather daily transported her to and from Gap Centralized Elementary School for six years so he could spend time with her.

“What a blessing to have had a grandfather whose love was shown in such demonstrative ways,” she says.

Ruth, who died in 1971, was not the only member of his generation to distinguish himself.

A sister, Ida Ella Ruth Jones, began creating primitive artwork at age 70. Her paintings have been featured at the Delaware Art Museum in Wilmington, the Afro-American Historical and Cultural Museum in Philadelphia, and other places.

Ruth’s musical brother, George, conducted a 40-piece orchestra at the White House during the administration of President Warren G. Harding.

Jack Brubaker, a retired LNP staff writer, writes “The Scribbler” column twice a week. He welcomes comments and contributions at scribblerlnp@gmail.com or 669-1929.