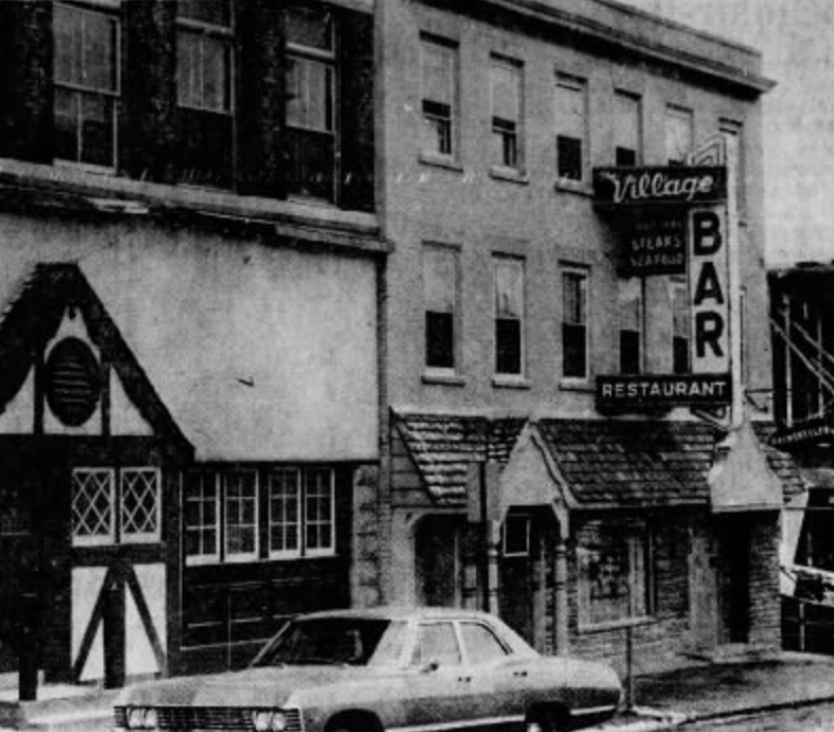 This photo from the early 1960s shows the original location of The Village nightclub on East Chestnut Street. 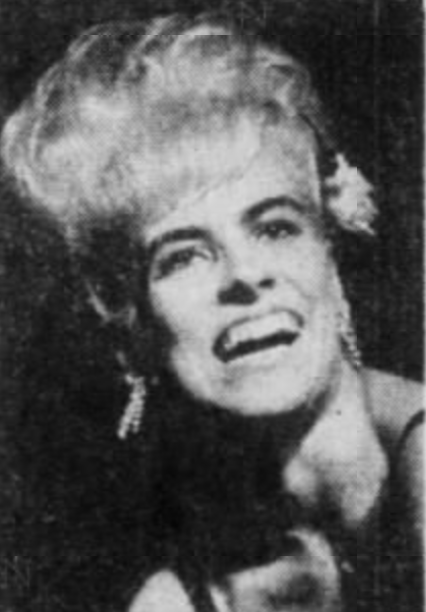 Katherine Snavely, aka Daisey Mae, circa 1965. 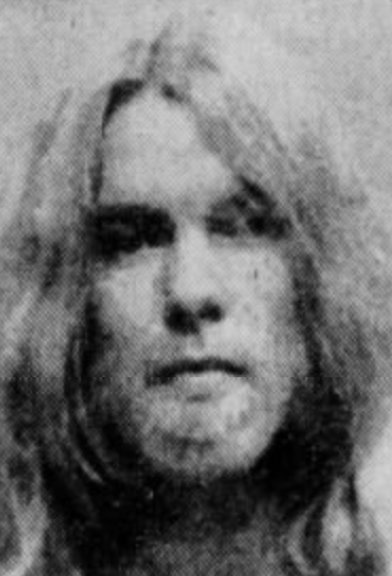 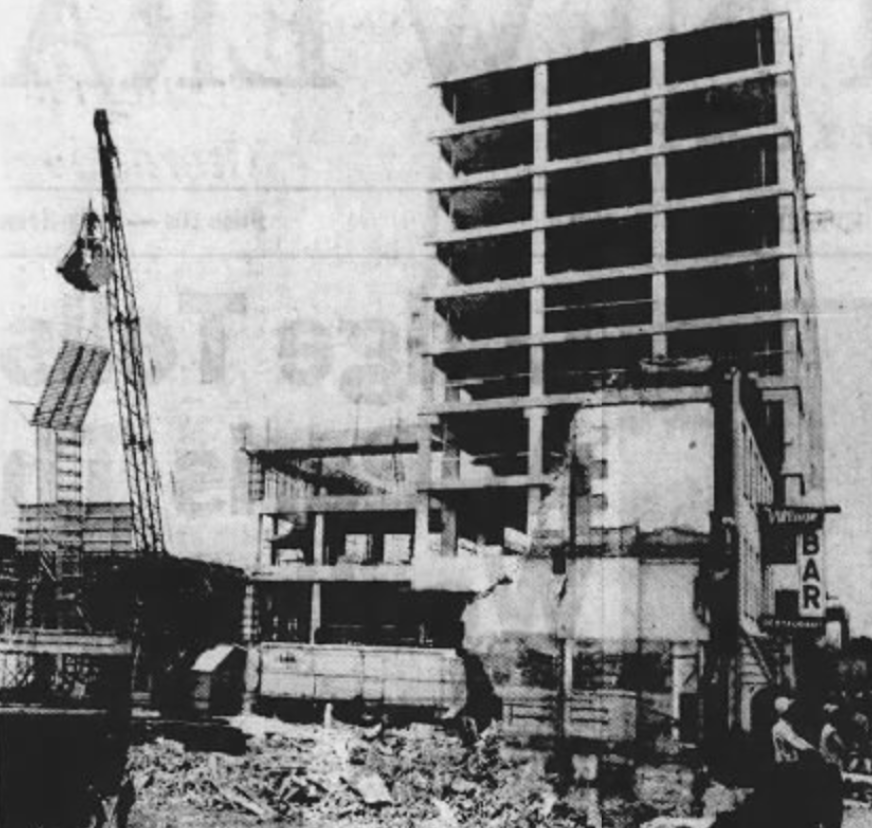 With the frame of the hotel which now the Holiday Inn rising behind it, the original location of The Village nightclub is seen mid-demolition in this photo from July 10, 1969. 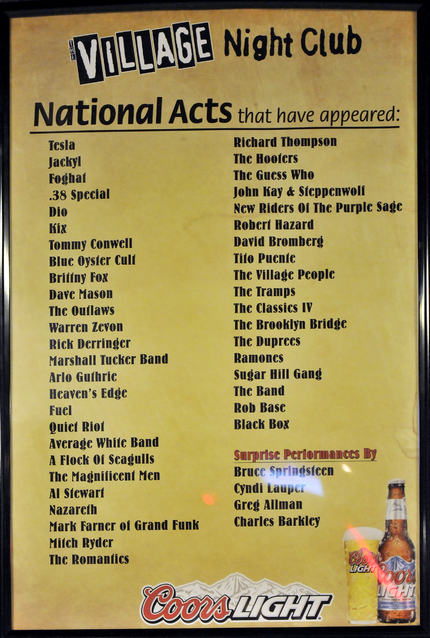 A poster at The Village nightclub lists some of the national acts that have appeared there. 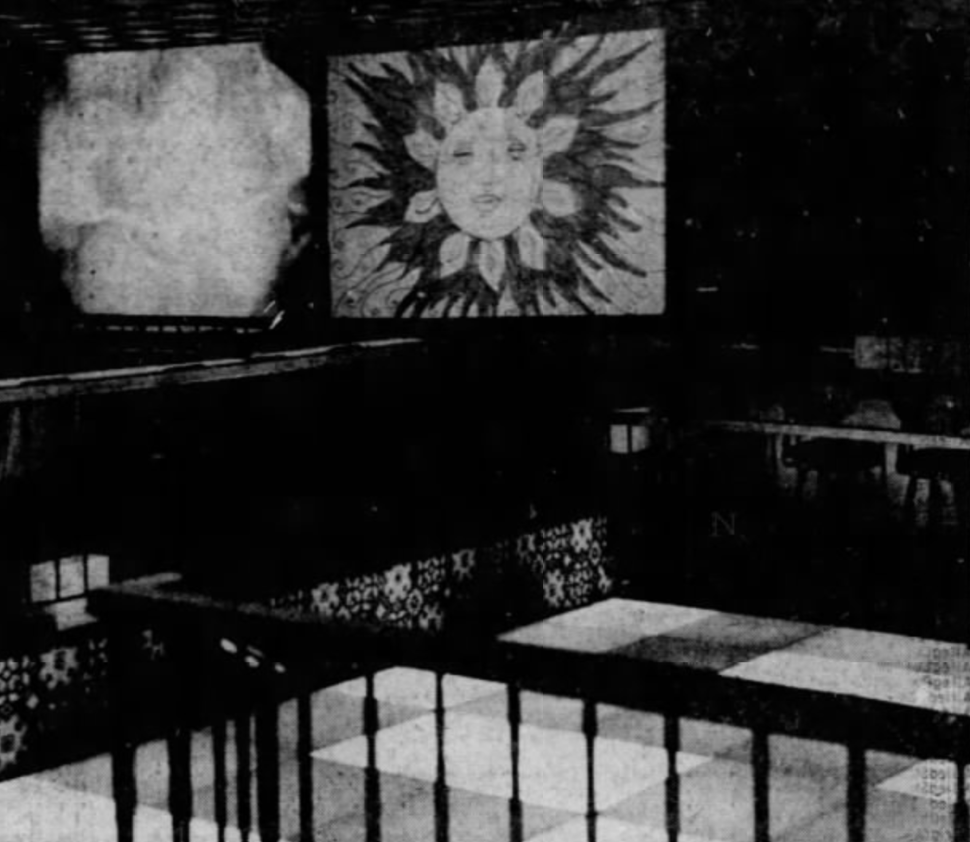 A light-up plastic dance floor and psychedelic black-light murals were just some of the new lighting features touted by The Village nightclub, which re-opened in 1971 after moving from its original location to make way for a city parking garage. 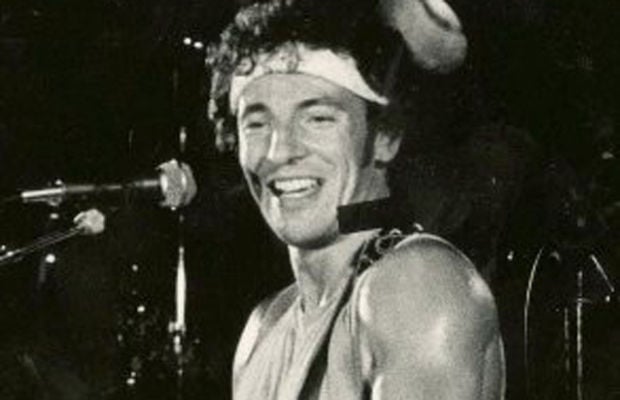 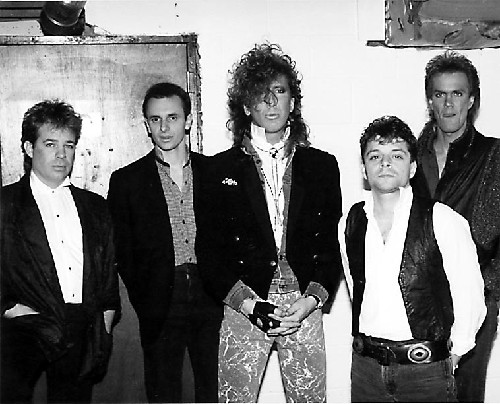 The Village is up for sale.

One of the longest-lived nightlife venues in Lancaster's history, the club on North Christian Street has been in operation for nearly 70 years, through three generations of co-ownership by the Photis and Patounas families.

Whether the sale, when it happens, will mark the end of the club's story or merely the shift to a new chapter under different ownership remains to be seen.

But in the meantime, here's a look at seven moments from the club's history, as seen in the LNP archives.

1. The German Village becomes The Village

The Village nightclub initially occupied a location on the southeast corner of Chestnut and Christian streets. Constructed in the early 1930s, the building originally housed the popular German Village restaurant - with the Rathskellar bar in the basement.

On April 17, 1953, the venue took on a new identity as a nightclub called simply The Village. (In a 2013 interview, co-owner George Soukas said the name change was a result of lingering anti-German sentiment after World War II.)

Throughout the 1950s and into the 1960s, The Village hosted a variety of local and touring bands, especially in the nascent rock 'n' roll and R&B genres. The Kit Kats, Little Duck and the Drakes and the Flamingoes were among the countless bands that drew packed houses to the early years of The Village.

The Rathskellar continued operations under the new ownership, however, and was known as a gay-friendly establishment in the 1960s. It was closed in 1968, shortly before the Tally Ho opened as Lancaster's premiere gay nightspot. A year later, The Village itself would be demolished.

In the late 1960s, the trend of urban renewal came to Lancaster, as numerous old buildings - apartment houses, movie theaters, shops and bars - were razed to make way for multi-level parking garages and the former Lancaster Square, now known as Binns Park and Ewell Plaza.

Lost in that demolition effort was the original location of The Village. A period of legal wrangling between the club's owners and the city preceded the old venue's demise, but eventually - on July 10, 1969 - the building was torn down to make way for the Duke Street Parking Garage.

However, a new version of The Village would soon take shape just a half a block away.

For two years, Lancaster was Village-less - but that dry spell ended on Aug. 4, 1971, when The Village re-opened at its new location at 205 N. Christian St., where it would continue operations for the next 50 years.

The new building retained the layout and feel of the original spot, but with a massive change to the sound system, dance floor and lighting rig.

The new state-of-the-art sound system and DJ booth were designed by Richard Long, who also designed sound systems for nightclubs around the country -including the famed Studio 54 in New York City.

The lighting setup was described in the Sunday News as "unlike anything experienced thus far" in Lancaster's nightlife history. The sunken dance floor was covered with 64 translucent plastic tiles with sound-sensitive lighting mounted below them so the light-up floor would pulse in different colors along with the music. Strobe lights were mounted all around the dance floor, and a variety of colored lighting rigs hung from the ceiling, bathing dancers, performers and the walls with color washes and projected images.

More traditional cut-glass "disco balls" - though this was well before the rise of disco - supplemented the display, as did kaleidoscope projectors and a series of psychedelic black-light murals.

Longtime Lancaster County residents might recall The Village as a hotbed of celebrity sightings in the 1980s. From "Witness" stars Harrison Ford and Kelly McGillis to basketball player Charles Barkley and pop star Cyndi Lauper, the club seemed to constantly generate rumors and headlines about visiting celebs.

An earlier celebrity sighting occurred in November 1975, when rock icon Gregg Allman showed up and played an impromptu set.

Allman, who was staying at the nearby Lancaster Hilton with his then-wife, television star Cher, had played a concert with his band at Hersheypark Arena earlier that night.

But that didn't stop him from taking the stage with local band Hit 'n' Run to regale the Village crowd with his music for several hours.

And what about Cher? Apparently, she stayed at the hotel.

The most famous surprise celebrity event at The Village was surely the night of June 21, 1984, when Bruce Springsteen strolled into the club and amiably chatted with fans and signed autographs while local band The Sharks played on stage.

The New Jersey native and his E Street Band had been at Clair Brothers in Lititz trying out a new sound and lighting system for an upcoming tour.

About 200 were in the club that night when, shortly after midnight, The Sharks abruptly cut their last set short to make way for Springsteen.

The Boss - and the rest of his E Street Band - jumped onto the stage, grabbed The Sharks' instruments and launched into "Out on the Street" as the crowd went wild.

What followed was a 35-minute, six-song set that became legendary in the annals of Lancaster County nightlife, with cassettes of the performance circulating among local fans for years afterward.

You can listen to the whole set here.

A year later, Village mainstays The Sharks achieved national recognition thanks to a music video shot partially at the club.

"On My Own," a black-and-white video featuring footage of the band at various local landmarks including The Village, was entered into MTV's "Basement Tapes" competition, in which bands from all over the country competed in multiple rounds of competition with the final winner getting a cash prize, a major-label recording contract and plenty of recording equipment.

The Sharks won their preliminary round in January 1985, and clinched the final in June of the same year. The Sharks nabbed $30,000 worth of gear, plus the cost of a big-budget video to be placed into regular rotation on MTV, plus that contract with Elektra-Asylum Records - and they became the biggest band ever to come out of Lancaster County.

Throughout its existence, The Village always hosted not only live bands and DJs, but also other nightlife events.

Go-go dancers. Bodybuilding contests. Male exotic dancers. Drag shows. Anything that would draw a crowd of people looking to have fun was fair game for the Village calendar.

One of the club's early hits was a young woman named Katherine Snavely, who appeared in the early 1960s at the original Village location as go-go dancer Miss Daisey Mae. Backed by the Kit Kats, Little Duck and the Drakes and other local and regional bands playing early rock 'n' roll, she routinely drew crowds of devoted fans.

And on March 19, 1988, with backing music from some of those very bands, she took the stage again at The Village's new location.

Twenty-five years after her heyday, the aging dancer still captivated her aging fans, and the New Era's Jack Brubaker wrote about the show - and interviewed its star - in his Scribbler column.

It was a moment for longtime patrons of the nightclub to remember its early days; to connect the origins of Lancaster's nightclub scene to its then-current incarnation.

The Village continued as a vital part of Lancaster's entertainment landscape, hosting local favorites and touring acts throughout the '90s and into the 21st century.

And that light-up dance floor is still there today.

The Village for sale in Lancaster, $1.95M asked for the downtown nightclub; 'We want to retire,' co-owner says

The same year a teenage Elvis Presley made his first recording for Sun Records, Peter Photis and John Patounas opened a new nightclub in downt…

Marriage proposal at the Fulton in 1996; Santa on ice skates in 1971 [Lancaster That Was]