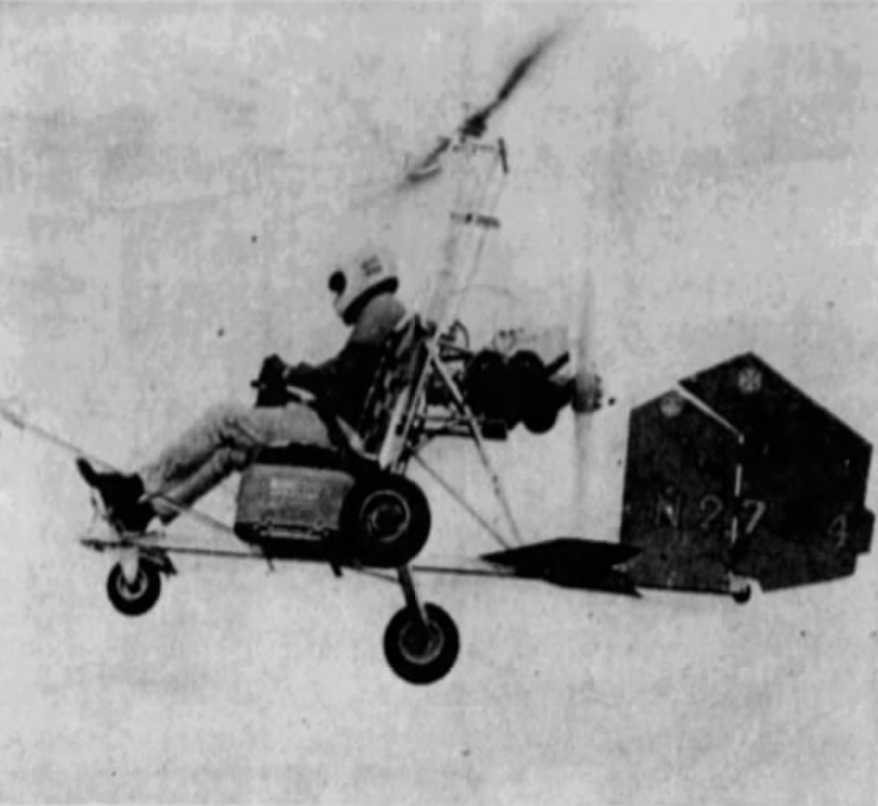 Tom Gamble of Manheim Township flies his gyrocopter near the Garden Spot airfield in this 1971 photo. 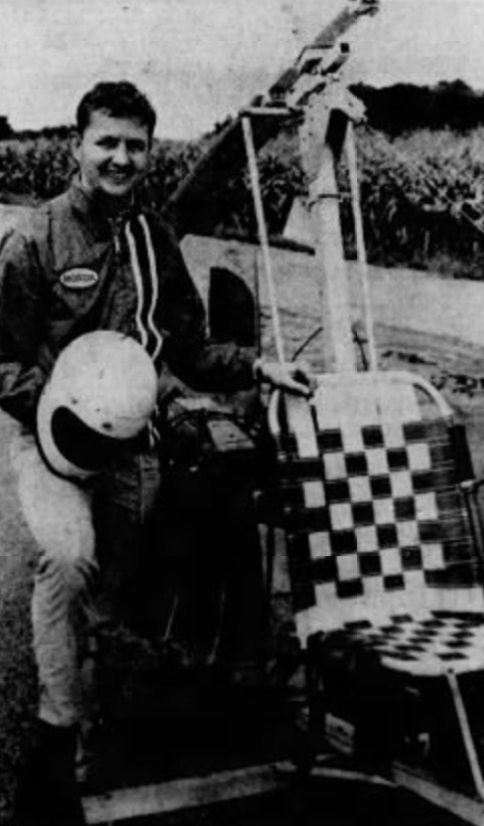 Tom Gamble poses with his gyrocopter - complete with lawn chair pilot's seat - in this 1971 photo.

Tom Gamble of Manheim Township flies his gyrocopter near the Garden Spot airfield in this 1971 photo.

Tom Gamble poses with his gyrocopter - complete with lawn chair pilot's seat - in this 1971 photo.

As the 1996-97 academic year got under way, local colleges and universities had been advised to be on the lookout for the arrival of the new "date rape drug" rohypnol on local campuses.

State officials issued a warning about the drug, which had been linked to multiple rapes at Penn State University and in Lebanon County.

Officials at Franklin & Marshall and Elizbethtown colleges and Millersville University said they were not aware of the drug appearing on any local campuses, but were watching closely for it.

The inexpensive tranquilizer rohypnol, which was legal in many countries but not in the U.S, was odorless and tasteless. When slipped into the drink of an unsuspecting victim, it was virtually undetectable. Said to be 10 times stronger than Valium, it took effect quickly, causing victims to pass out within 30 minutes.

World's best cooks go for the gold at Culinary Olympics

Sometimes all it takes to get on the front page of the newspaper is an unusual mode of transportation.

That was the case for 27-year-old Tom Gamble of Manheim Township, who in 1971 traded his motorcycle for a gyrocopter.

What's a gyrocopter, you ask? Well, it's sort of a miniature helicopter with two rotors, a large rudder, a six-gallon gas tank and a lawn chair for a pilot's seat.

Built by its previous owner - Dan Bowser, a college student who traded it for Gamble's Honda motorcycle - the contraption had a top speed of 70 miles per hour and a theoretical maximum altitude of 12,000 feet. (Although considering the lack of onboard oxygen tanks, that maximum would remain untested - Gamble said he flew the gyrocopter up to 3,000 feet.)

Gamble didn't need to get any sort of special license to fly the craft; just about four hours of coming to grips with the controls.

He said he enjoyed buzzing around Lancaster County in his new vehicle, and flew out of the old Garden Spot field - in part because that kept him out of the five-mile radius around Lancaster Municipal Airport, within which all flying craft must be radio-equipped.

Which, of course, his gyrocopter wasn't.

It was, however, not the least bit scary to Gamble, who was a former motorcycle racer.

"Safest aircraft there is," he claimed.

Eight local rail traffic experts were enlisted in 1946 to help in the nationwide effort to solve a postwar shipping crisis.

A shortage of rail cars and a relaxing of wartime intensity around the manufacturing and shipping sectors of the economy had created a situation in which countless rail cars were sitting idle.

Some 80,000 rail cars were awaiting repairs which were delayed due to postwar materials shortages. During the war, cars were used hard and for much longer than they would've been used in peacetime - thus a half million cars were scrapped at the end of the war. Replacement of those cars was slow, again because of materials shortages.

Many of the cars that were in service were sitting idle while they were awaiting being unloaded - the practice that would most be curtailed by the new committee.

Led by E. George Siedle, the group would keep track of the loading and unloading of local train cars, working with businesses that had a tendency to delay car turnaround in order to help them speed up their processes.

U.S. will not ask Italy to pay any war reparations

A local musician was about to leave Lancaster County to tour the nation and beyond as a member of John Philip Sousa's band, the Lancaster Intelligencer reported in 1921.

Eighteen-year-old Hugo Kroeck of Lancaster city, who played the tenor saxophone, was the youngest member of Sousa's touring band. He had formerly played with the Lancaster City Band.

Kroeck's first stop on his 35-week tour contract was a performance in Bridgeport, Connecticut. He would later travel all over the country, and also was scheduled to play dates in Canada, Mexico and Cuba.

Fires, floods and accidents, oh my! Every day, there are people who read the news in the morning and then find themselves featured in it that …

Early fall used to be the time of year for getting excited about new seasons of my favorite TV shows.

What determines your level of satisfaction in retirement? [Senior Life column]

Years ago, when I was engaged in doing career counseling, I would often ask the client if they would rather spend their life as a wedding plan…

If you're a longtime Lancaster County resident, you've likely driven past it many times.

A look at tropical storms, hurricanes that have hit Lancaster County since the '50s; which ones do you remember? [photos]

Lancaster County has seen more than a dozen tropical storms and hurricanes hit since the 1950s, from Hurricane Abel to "Superstorm" Sandy.