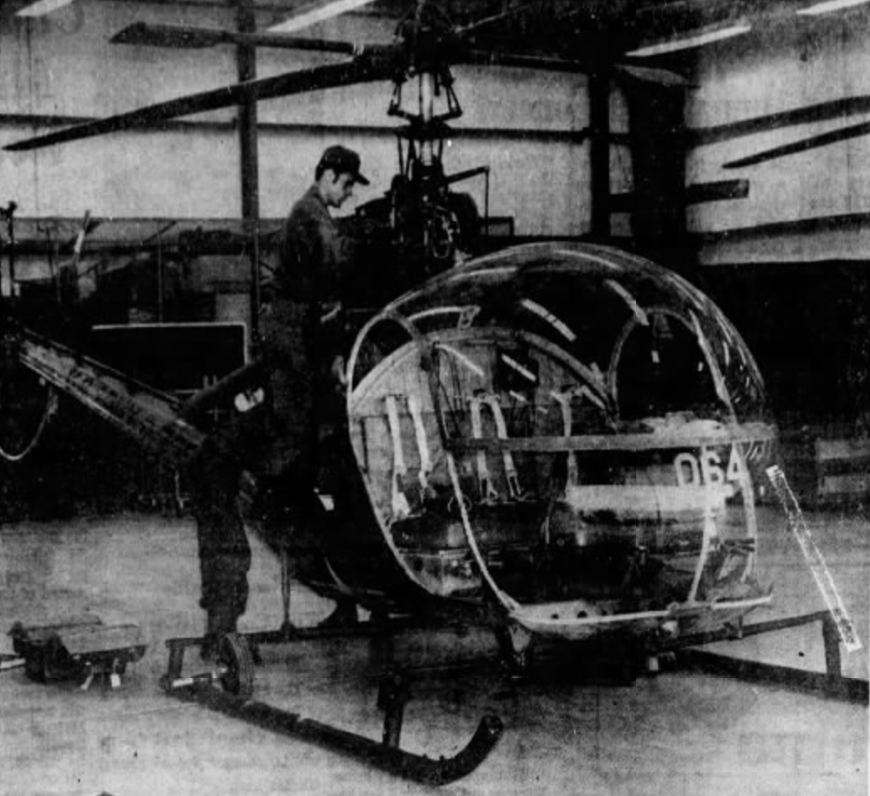 This "bubble cockpit" observation helicopter would be joined by several much larger helicopters as the Pennsylvania National Guard was increasing the fleet of choppers that would be regularly flying in and out of Lancaster Municipal Airport in November 1971. 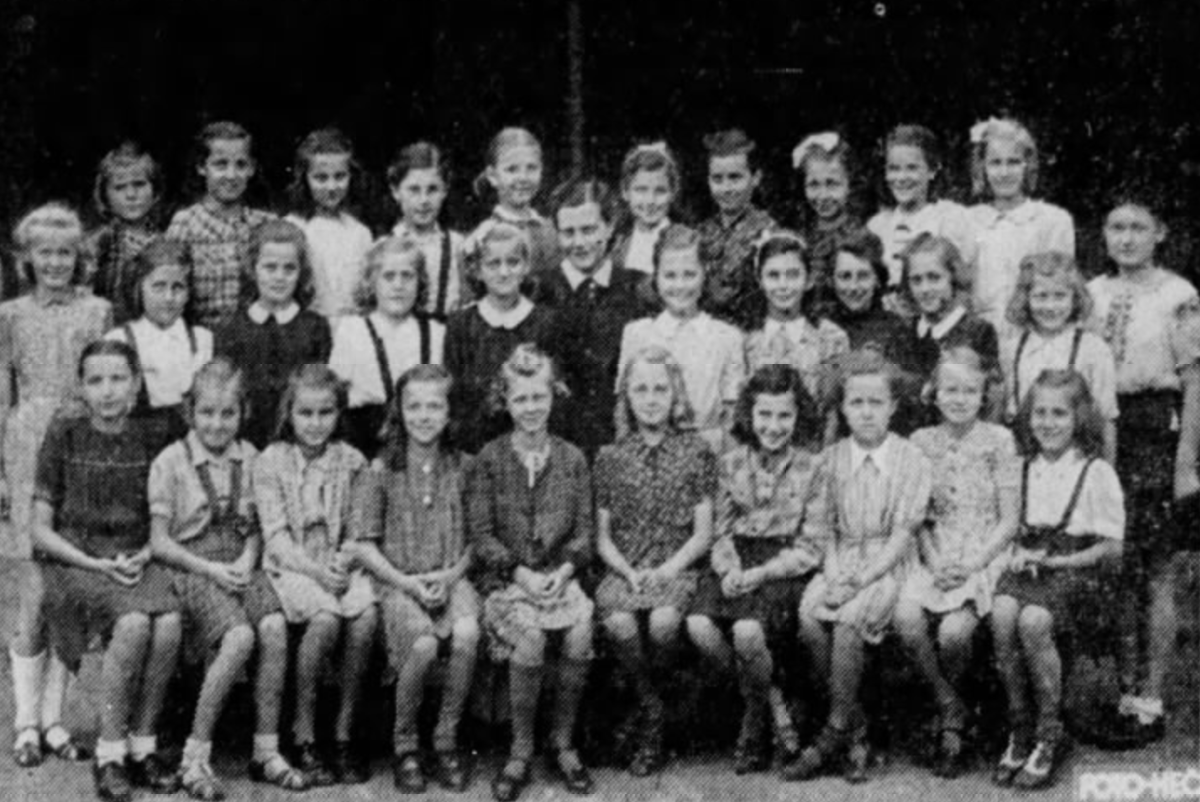 This photo of a class of girls from a public school in Prague was sent to the girls of Brownie Girl Scout Troop 104, Millersville, in 1946 as a "thank you" for Christmas gifts the Brownies had sent the previous year. The Brownies were readying another Christmas care package for the girls in war-torn Czechoslovakia.

For many years, the Thanksgiving edition of the Intelligencer Journal featured an amusing annual tradition - asking small children how various Thanksgiving Day dishes were prepared.

In 1996, the children who were questioned were form Marie McCarthy's kindergarten class at St. Leo the Great. Here are a few of the nuggets of culinary wisdom from those tots:

TURKEY: Cook it in the oven for 20 minutes at 17 degrees. Start eating it while it's in the pan. Put the pan in the washing machine when you're done and go out to play. - Molly Raczewski

PEAS: Buy peas at the store and cook them in the microwave for 40 minutes. ... Put the peas on the table and talk to the people who were invited to Thanksgiving. - Shaughnessey Migash

POTATOES: Put special oil into the potatoes (not the oil you put into your car). Mash them. Cook them in the oven for 40 minutes. Drink juice with them when you eat them. - Jeremy Lenhart

STUFFING: Get the turkey open and put in the meat stuffing. Put it in the oven for 15 minutes at 1 degree. Let it warm up and then eat. Talk while you eat. - Patrick Laffer

APPLE PIE: Put apples into Juicy stuff and then put it into the pie. Put it into a 30 degree oven for 10 seconds. - Lynsey Hinnenkamp

The sounds of helicopters were about to be more common in Lancaster County in November 1971, as the Pennsylvania National Guard was expecting to have 25 new helicopters flying in and out of Lancaster Municipal Airport in the new year.

Ranging in size from the small "bubble cockpit" observation choppers up to 13-man troop transports and massive 5,000-pound cargo helicopters, the fleet of choppers was a result of the reduction of U.S. involvement in Vietnam. As military helicopters were brought back from Southeast Asia, some of them were made available to National Guard units.

The helicopters would be making regular training runs between Lancaster and Fort Indiantown Gap, with stops at other Pennsylvania National Guard detachments.

Hijack trio in custody in Havana

A Christmas connection across the sea was made in November 1946, between a Lancaster County Brownie Girl Scout troop and a group of girls in a Prague public school.

The previous year, with the help of the Junior Red Cross, the local girls sent Christmas gifts to 15 girls in Czechoslovakia. In return, the girls received a "thank you" letter from the recipients, as well as a photo of the class as a memento.

The Brownie troop was planning to send another care package for Christmas 1946; this time a single box packed with all sorts of things girls in war-torn countries might be grateful for - from necessities such as soap and toothpaste to fun things like crayons and hair ribbons.

The looming winter always means the arrival of flu season. And to remind people of the best ways to stay healthy, the Lancaster Intelligencer published a column from New York City's commissioner of health, Dr. Royal S. Copeland.

Copeland began by stating that so many diseases which "harvest a rich toll of suffering and death" could be easily avoided through application of common sense and modern medicine.

He listed the brutal diseases for which vaccines were then available - smallpox, typhoid fever, bubonic plague - as well as those for which risk could be greatly reduced through cleanliness and careful avoidance of vermin - diphtheria, typhus, malaria.

The greatest enemy during the winter season, Copeland asserted, was the person who coughed or sneezed in public. He strongly advised readers to not be that person - and also to take advantage of medical knowledge of the day, from vaccines to new understanding about how disease is spread, in order to maximize their chances of a healthy flu season.

Showdown between Japan and U.S. on naval limitation is expected soon

In 1996, a pet wolf named Sage caused a stir in West Cocalico [Lancaster That Was]

A freight train derailed in 1921; an iconic restaurant closed in 1996 [Lancaster That Was]

As World War II began, swiftly encompassing nations throughout Europe and beyond, the United States initially followed a policy of neutrality.…

Here are two vintage Thanksgiving recipes from our archives - would you try them?

Holiday recipes have long been a fixture of the local newspapers, so this year we thought we’d dig into the archives and share some recipes fr…