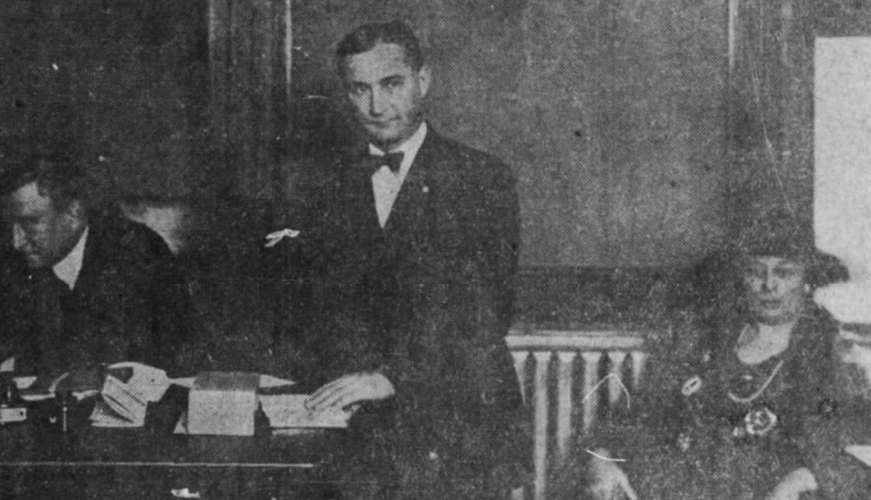 Frank Musser is sworn in as mayor of Lancaster city in this photo from Jan. 2, 1922. 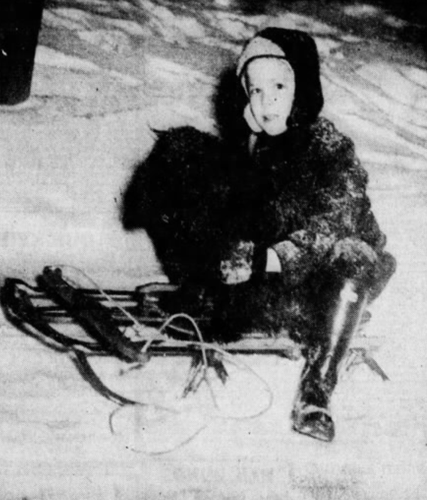 David Shreiner, 7, and his dog, Jackie, pause in their sledding on Reservoir Street on Jan. 1, 1947.
This story contains links that will take you to our archives site on newspapers.com. This content is free for LancasterOnline subscribers who are logged in. Click here for more information about how to subscribe.

"What in the world is the World Wide Web?"

That was the headline on a story in the Jan. 2, 1997, New Era about the rapid growth of the online world and how the average person might take advantage of it.

At the time, the were only about 25 million internet users in the world, a tiny fraction of today's 4.6 billion. That's why the New Era explained the new technology in terms that seem quaint by today's standards, using terms like "electronic mail."

"Information is kept on "sites" you visit using your browser. In this online world of sites, also referred to as "Web pages," you can "surf" from site to site or page to page in your quest to explore."

The article also contained detailed information about what hardware and software was needed to get online, plus a guide to early internet service providers.

What other online activities could an adopter of the internet engage in, aside form sending "electronic mail?" The New Era suggested looking for recipes, searching real estate listings, and downloading tax forms, all of which are still done today.

Endlessly scrolling social media? Posting cat memes? Spreading disinformation? No one predicted those things - at least not in the New Era.

Suspected Nazi to be charged in wake of shootout in Kansas

Toward the end of 1971, St. Joseph Hospital in Lancaster completely changed its policies around maternity care, in keeping with a growing trend nationwide.

The new "Family-Centered Maternity Care Program" was launched in in the fall and by January 1972, the program had seen its first couples through the process of pregnancy and childbirth.

Historically, fathers were separated from mothers as soon as they arrived at the hospital, and were allowed very limited visiting time. Mothers were kept separate from their babies as well, only seeing their children at mealtimes. The process was, for many women, a frightening and lonely one.

The new policies stressed the unity of the family. Mothers and fathers took classes for expectant parents together, after which the father was allowed into the delivery room to witness and participate in the process of birth.

After delivery, babies spent significant time out of the nursery and in the hospital room with their parents.

In Lancaster, 1947 began with an exceptionally quiet day, with the downtown area "deserted" in the wake of an ice storm.

Shortly after sunrise, snow began falling, with about three inches accumulating before the precipitation turned to sleet and freezing rain. County roads were turned to "ribbons of ice," and city streets were empty, as local residents stayed inside, starting their new year under blankets or sitting by the fireplace.

Children, however, will always make the best of a winter storm, and sledders took to the streets of the city to take advantage of the snow, before it was covered by ice.

Hundreds of city residents turned out to watch the inauguration of Lancaster Mayor Frank C. Musser on Jan. 2, 1922.

Musser unseated incumbent Horace Kennedy in a contentious campaign. The new mayor's inauguration speech, however, focused on unity among the city's residents, working toward common goals such as a cleaner city (physically and morally), keeping political influence out of law enforcement and patriotism over partisanship.

Many other reforms were promised by the new mayor, from improving the condition of streets and parks to overhauling the city's accounting systems.

Musser would remain Lancaster's mayor until 1930.

Earth and moon are out of step, say scientists

In 1960, disrespect of teacher brought swift consequence [I Know a Story column]

“Hen-ry, Oh, Hen-ry,” I cooed in my finest honey-voiced adolescent schoolgirl impersonation. The words moved quickly from my back-row seat to …

From Hempfield to Hollywood: Makeup artist Angie Shell works on movie sets; got her start at Field of Screams

Angie Shell got a call from someone asking if she could quickly conjure up a demon from Dominican folklore. The title character in an about-to…

Meadowbrook flea market burned in 1997; Herr's Mill bridge was replaced in 1972 [Lancaster That Was]

Marriage proposal at the Fulton in 1996; Santa on ice skates in 1971 [Lancaster That Was]

Dr. Lori: Squishmallows are the collectibles of the future [antiques column]

Don’t know which contemporary toy is the best one to buy for everybody on your list this holiday season? While many toys make great gifts, som…