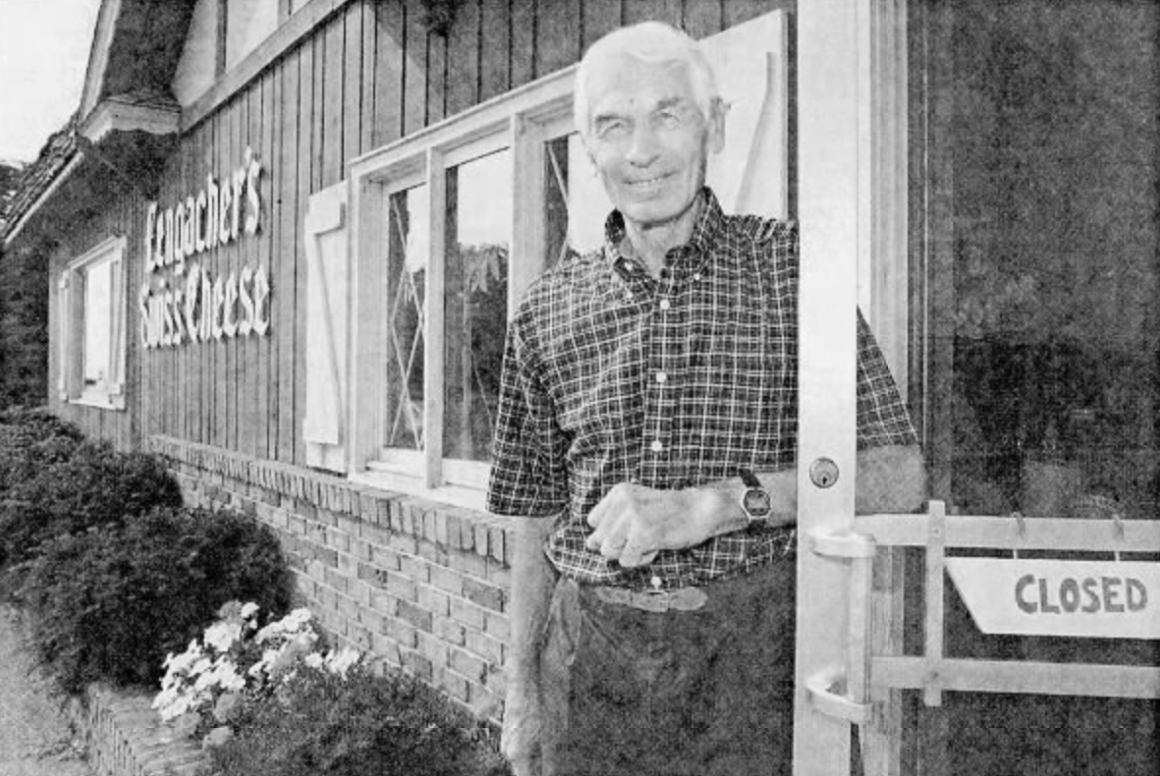 Arthur Lengacher stands outside Lengacher's Swiss Cheese, a popular cheese factory and a Route 30 East landmark that closed its doors in July 1996. 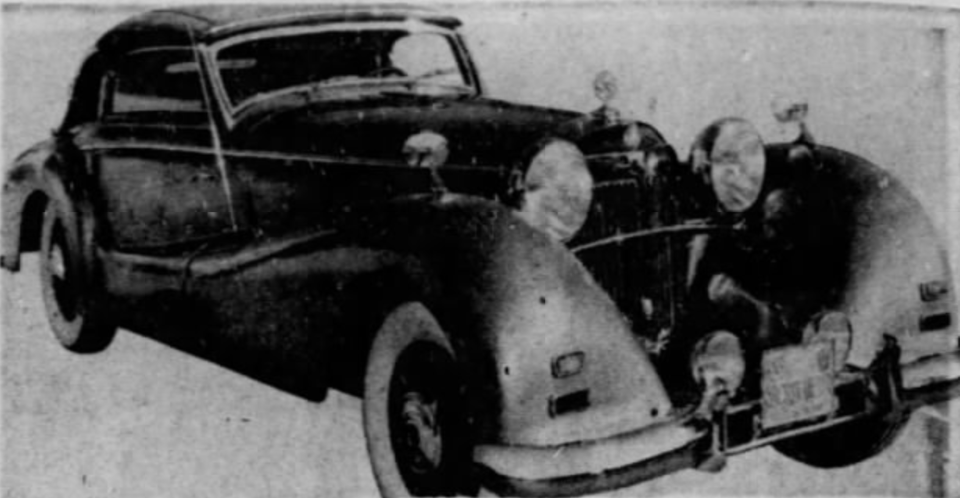 This 1938 custom-built Mercedes sports car was bought by Adolf Hitler for his paramour, Eva Braun. It was on display at Park City Center in July 1971.
This story contains links that will take you to our archives site on newspapers.com. This content is free for LancasterOnline subscribers who are logged in. Click here for more information about how to subscribe.

In the summer of 1996, Lancaster County was about to lose a longtime landmark - an especially cheesy one.

Lengacher's Swiss Cheese factory, located atop a hill along Route 30 East between Kinzers and Gap, was closed for good and the building and its contents would soon be put up for sale.

Long praised by locals for its fresh, homemade cheeses, Lengacher's had been owned and operated by Swiss immigrant Arthur Lengacher since 1955.

Born in Russia, Lengacher moved with his family to Switzerland as a small child. It was in Switzerland that Lengacher became an experienced cheesemaker, like his father before him, and also made a name for himself as a world-class skier. He was a member of the Swiss Olympic team in 1942, but never got to compete, as World War II caused the games to be cancelled that year.

Lengacher moved to the United States in 1952, working at a cheese factory in Ohio before relocating to Lancaster County, largely because the rolling farmland reminded him of Switzerland.

Lengacher's Swiss Cheese made the namesake variety as well Muenster and Gruyere cheeses. At it's peak, the small shop was drawing customers from as far away as New York, and selling more than $5,000 worth of cheese each week.

Suddenly, Strug has the spotlight // Gymnast vaults into Olympic history

A relic of Hitler's Germany was set to go on display at the newly opened Park City Center in 1971 - a hand-built Mercedes sports car ordered by Adolf Hitler in 1938 for his paramour, Eva Braun.

The $250,000 vehicle had a top speed of 170 miles per hour, despite its weight being more than twice that of a normal car. Originally ordered in green, the Mercedes was sporting a new coat of gold paint for its display at Park City.

(Though the Sunday News didn't explain the reason for the strange exhibit, the car apparently was stopping at Park City as part of a years-long national tour of shopping centers put on by its owner, Hilda Onofrey. According to the Oct. 17, 1974 issue of the Desert Sun of Palm Springs, California, Onofrey said she sponsored the tour not to glorify Hitler or the Third Reich, but to raise awareness about the menace of Nazism.)

USSR cool to any US-China pact

Lancaster was seeing a mild outrage from its citizens in 1946 over, of all things, ice cream.

The office of James Simpson, the city Sealer of Weights and Measures, was "deluged" with complaints from citizens claiming they were getting shorted when buying ice cream by the pint or quart.

Similar complaints were being filed across Pennsylvania, according to state officials.

After the prices of ice cream ingredients rose, many retailers were apparently attempting to cut their losses by selling the cold treat by a confusing process that sometimes used volume and other times used weight as its system of measurement. As a result, customers were outraged to find that an alleged "22-ounce quart" of ice cream contained less than they were expecting.

The state issued a decree, repeated locally by Simpson's office, that all ice cream vendors must sell consistently by either weight or volume, and that spot inspections would occur to make sure the customer was getting the proper amount of ice cream in each purchase.

A man visiting Lancaster from Ohio in 1921 caused a stir in the city when a gun he was carrying went off by accident.

The man, who was not identified, exited the Crystal Restaurant on North Queen Street and walked to his car, which was parked along the street. As he was getting into the car, he dropped his revolver on the sidewalk, at which point it went off discharging a bullet through the glass front doors of the Hamilton Theater.

As it was lunch time, the street was crowded with pedestrians, but no one was injured in the incident. After asking around to ensure nobody had been hurt, the owner of the weapon got into his car and drove off.

The bullet was later found by the janitor at the Hamilton theater.

Lake at Long's Park needed a cleanup in 1971; Walmart arrived in 1996 [Lancaster That Was]

Collectible art deco chrome is back in style; here's what to look for

In 1950, 7th grade in one-room schoolhouse made memorable by new teacher [I Know a Story column]

Two distinct happenings in the summer of 1950 stand out in my mind: The beginning of a war and meeting my new seventh grade teacher.

What was the must-have high-tech accessory of 1996? The beeper, of course [Lancaster That Was]