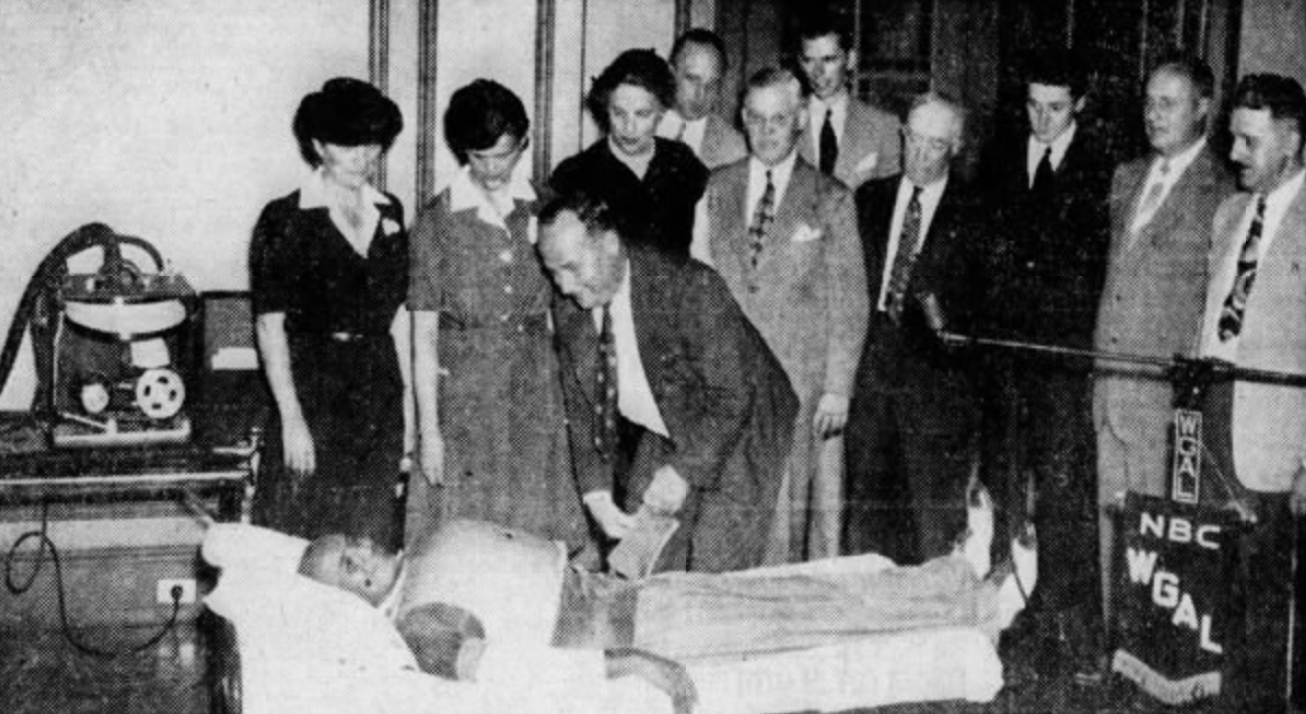 Members of the local Exchange Club and Lancaster's medical community watch a demonstration of the new portable iron lung that was donated to the Lancaster Osteopathic Hospital by the club in this 1946 photo. 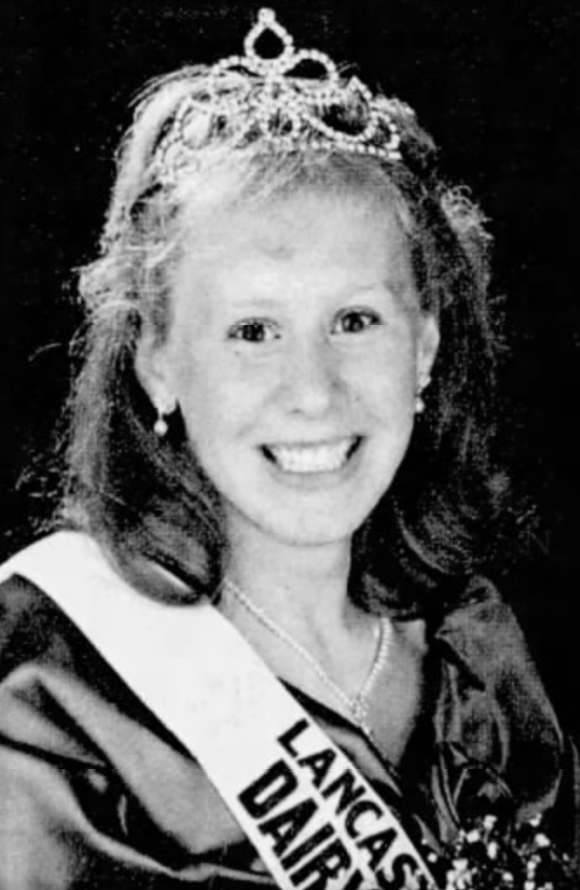 Heather Oberholtzer, the 1995-96 Lancaster County dairy princess, would be handing her crown to no one, as for the first time in nearly 40 years, there were no applicants for the next term.

Members of the local Exchange Club and Lancaster's medical community watch a demonstration of the new portable iron lung that was donated to the Lancaster Osteopathic Hospital by the club in this 1946 photo.

Heather Oberholtzer, the 1995-96 Lancaster County dairy princess, would be handing her crown to no one, as for the first time in nearly 40 years, there were no applicants for the next term.

In 1996, for the first time in almost 40 years, Lancaster County was without a dairy princess.

Launched in 1958, the dairy princess program crowned a winner each year - and that winner went on to wave to the crowds from floats or convertibles in the county's various farm parades, as well as doling out dairy products at area grocery stores.

But there were more serious tasks as well. The dairy princess would represent and promote the $244 million dairy farming industry in Lancaster County, the largest by far in the state. For example, she would visit schools, talking to children about the importance of calcium from dairy products as part of a healthy diet.

At one time, dozens of girls would compete for the title, but over the years interest waned. In the early 1990s, there was one year when only one girl applied - the competition simply became a coronation.

That meant that, at the end of her term, Lancaster County dairy princess Heather Oberholtzer would turn over her crown to ... no one.

Various representatives for the dairy industry and the dairy princess competition lamented the lack of interest, speculating that the dwindling number of dairy farmers in the county and the general changes of modern life may have ended this tradition.

Not so. The dairy princess was back the next year, and has remained a fixture of the county's agricultural world ever since. The current dairy princess is Sarah Arment.

Shuttle docks with Russian station to pick up astronaut

Though it had been gradually opening, store by store, over the previous year, the official dedication and opening ceremony for Park City Center was planned for Sept. 22, 1971.

The "fountain-graced center court" of Park City would host the event, which was to start with a performance by the Lancaster Catholic High School Band. A long list of speakers and dignitaries would follow, including Pennsylvania Lt. Gov. Ernest Kline, Lancaster mayor Thomas Monaghan, Miss Pennsylvania Maureen Victoria Wimmer, stand-up comic Harry Jarkey and Detroit pianist Bob Durant and his orchestra

The same week would also feature dedication festivities for the new Lancaster Square, featuring the New Holland Band and a roster of other musical acts including the Joe Goff Quartet and Custer's Last Band. There would also be a circus, complete with high-flying acrobats, and an official dedication ceremony featuring mayor Monaghan and a variety of state and local government officials.

After Apollo, what? // NASA buoyed by new space plans

A new piece of medical technology came to Lancaster in 1946 - the "portable" iron lung.

The machine was then demonstrated for the attendees of the dinner, with its operation explained in detail.

The device donated was touted for its portability compared to older models of iron lung - instead of enveloping the entire patient in a massive metal-and-glass tube, this model weighed less than 100 pounds and covered only the torso.

Iron lungs were developed in 1928 and were \ commonly used to assist victims of the polio virus. Once polio was eradicated as result of vaccination - and positive-pressure ventilators were developed - iron lungs fell out of use.

Lancaster County suffered a polio outbreak in 1979; 150,000 were vaccinated in three days

Garvin and Co., a department store located at 29-37 E. King St., was celebrating its diamond jubilee, or 75th anniversary.

Founded in 1846, Garvin's store had just two owners in its long life up to that point - the founder, Reuben Fahnestock, and the namesake, Milton Garvin.

Fahnestock's operation was a traditional store for its day, with a relatively small space, high shelves behind glass-topped counters and less than a dozen employees. Haggling over prices was expected.

When Garvin took over in 1894, it was his intention to modernize the operation thoroughly. He vowed to adhere to a "one price policy," where prices were clearly marked, and everyone was expected to pay them - no more haggling. Over the years, the store expanded multiple times, eventually moving from its original South Queen Street location to the King Street spot, which was custom-built for the purposes of a modern-day department store, circa 1910.

As of the 75th anniversary, Garvin's store employed 200 people - 250 over the holidays. The anniversary celebration was to feature the arrival of many new items of merchandise, and deeply discounted prices.

With no haggling, of course.

Living without the distraction of television [Unscripted column]

I hid the truth when they allowed me to write about entertainment and the arts.

What aircraft flies at 70 mph and uses a lawn chair for a pilot's seat? [Lancaster That Was]

Dedication of Lancaster Square, Susquehanna toxins and a whole lot of potatoes [Lancaster That Was]