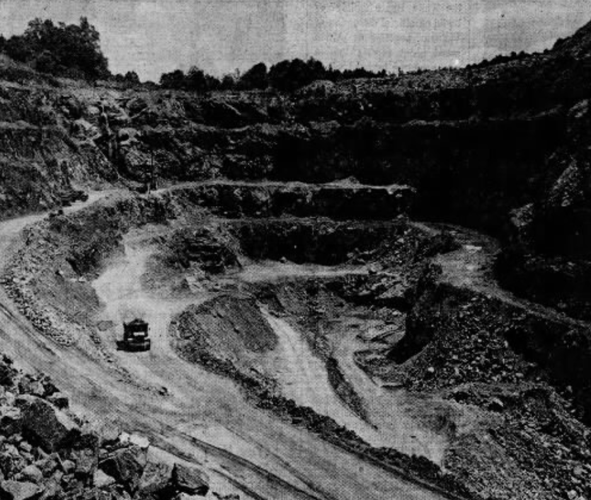 This photo from January 1973 shows a 300-foot-deep open-pit mining operation at the former Cornwall Iron Ore Mine in Lebanon Township. In operation since the 1730s, the mine that once supplied iron for the Revolutionary War effort was scheduled to close in early 1973. 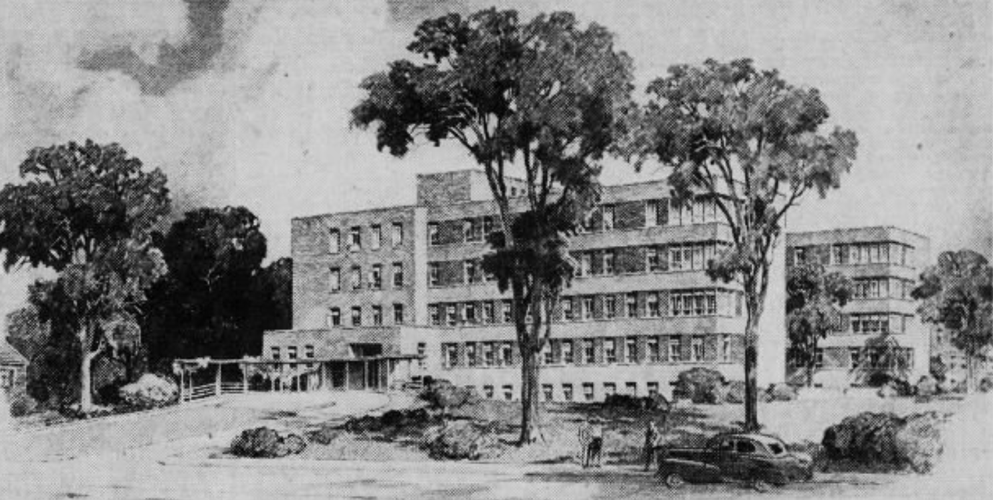 A proposed expansion of Lancaster General Hosptial is seen in this architect's sketch from January 1948.
This story contains links that will take you to our archives site on newspapers.com. This content is free for LancasterOnline subscribers who are logged in. Click here for more information about how to subscribe.

The possibility of expanding one of Lancaster's transportation hubs was in the news in January 1998.

The city's Amtrak station, which was built in 1928, was being eyed for a multimillion-dollar expansion and remodeling, which would see the addition of a Capitol Trailways bus depot and a sheltered RRTA bus stop. It would also involve significant upgrades to the station building itself, including making the train station accessible to people with disabilities.

The project was estimated to cost $3-5 million, and while funding sources had not been secured, the various organizations involved - Amtrak, the state Department of Transportation and the two bus companies - all had expressed support for the proposal.

In the meantime, some improvements were already under way at the station. A new coffee shop had opened in December 1997, and work had just begun on the installation of the building's first-ever elevators, which were scheduled to open in the summer of 1998.

Evidence sought: Did Clinton have sex with intern?

America's oldest and most famous iron mine - located just north of Lancaster County - was preparing to close forever in January 1973.

The Cornwall Iron Ore Mine, situated off Route 72 between Manheim and Lebanon, had been in operation for more than two centuries. Founded in the 1730s, it was a major supplier of iron for the Revolutionary War effort.

Iron ore from the mine was used to craft cannons for George Washington (who personally inspected the mining operation) and wheel rims for the Conestoga wagons that settled the West.

However, after Hurricane Agnes flooded the mine shafts in 1972, the cost of pumping the water out was deemed prohibitive. While there were also open pit mining operations at the site, after the flooding the process of winding down operations began.

The mine was expected to close completely by spring 1973.

(Also associated with the mine was the Cornwall Iron Furnace, which operated from 1742 to 1883. It became a state museum in 1932, which remains open to this day.)

House to start voting by computer

Lancaster General Hospital was preparing for an expansion in January 1948, with a fund drive aimed at raising $1.5 million to add to $1 million already on hand.

The total of $2.5 million - more than $30 million in today's dollars - would finance a much-needed renovation and expansion that was thought to be the first step in a long-range plan of expanding the city hospital into a multi-building medical center.

The main part of the expansion was to be a new patient wing, a five-story structure built with the foundation strength to accommodate a later expansion to eight floors.

The new wing, plus renovations of the existing building, would expand capacity from 241 beds to 411, and from 60 bassinets to 80.

An infant died in a house fire near Elizabethtown in January 1923, but the quick actions of the parents saved the family's other three children from a similar fate.

Clayton Dupler and his wife, residents of the small hamlet of Deodate, were awakened in the night by flames crackling through their bedroom. Dupler grabbed the couple's infant child, wrapped him in blankets and rushed through down the flame-filled stairway and out the front door.

Mrs. Dupler attempted to gather the family's three other children and leave the same way, but found the staircase to be fully engulfed in fire and thus impassable.

She opened an upstairs window and, at her husband's encouragement, pitched each child out the window into arms of her husband. She then followed the same way, jumping to safety just as the fire engulfed the room.

Mrs. Dupler and the three older children were unscathed after the ordeal, but Clayton Dupler was hospitalized with severe burns.

The infant child was not burned, but died as a result of smoke inhalation.

With the news that two former R.R. Donnelley printing plants in Lancaster County will be clo…

A local first-grader met the President in 1998; odd lights in the sky in 1923 [Lancaster That Was]