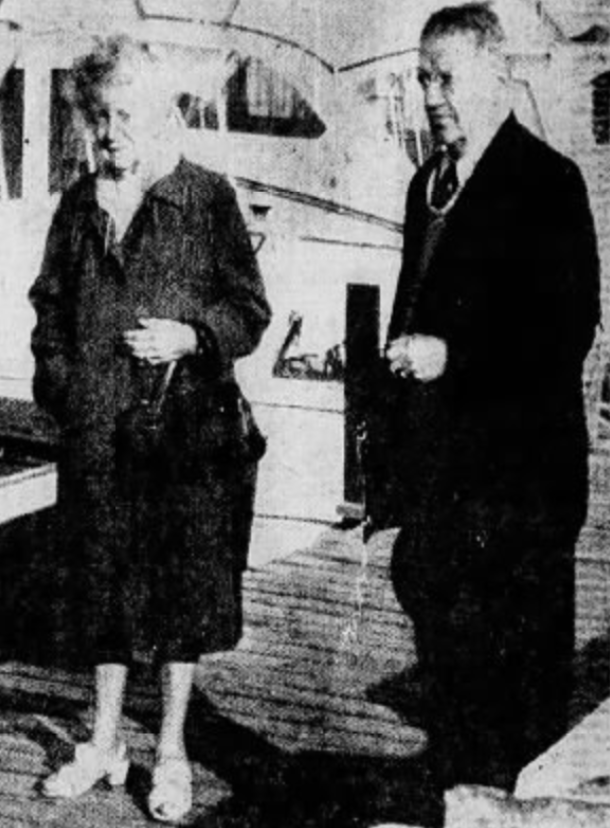 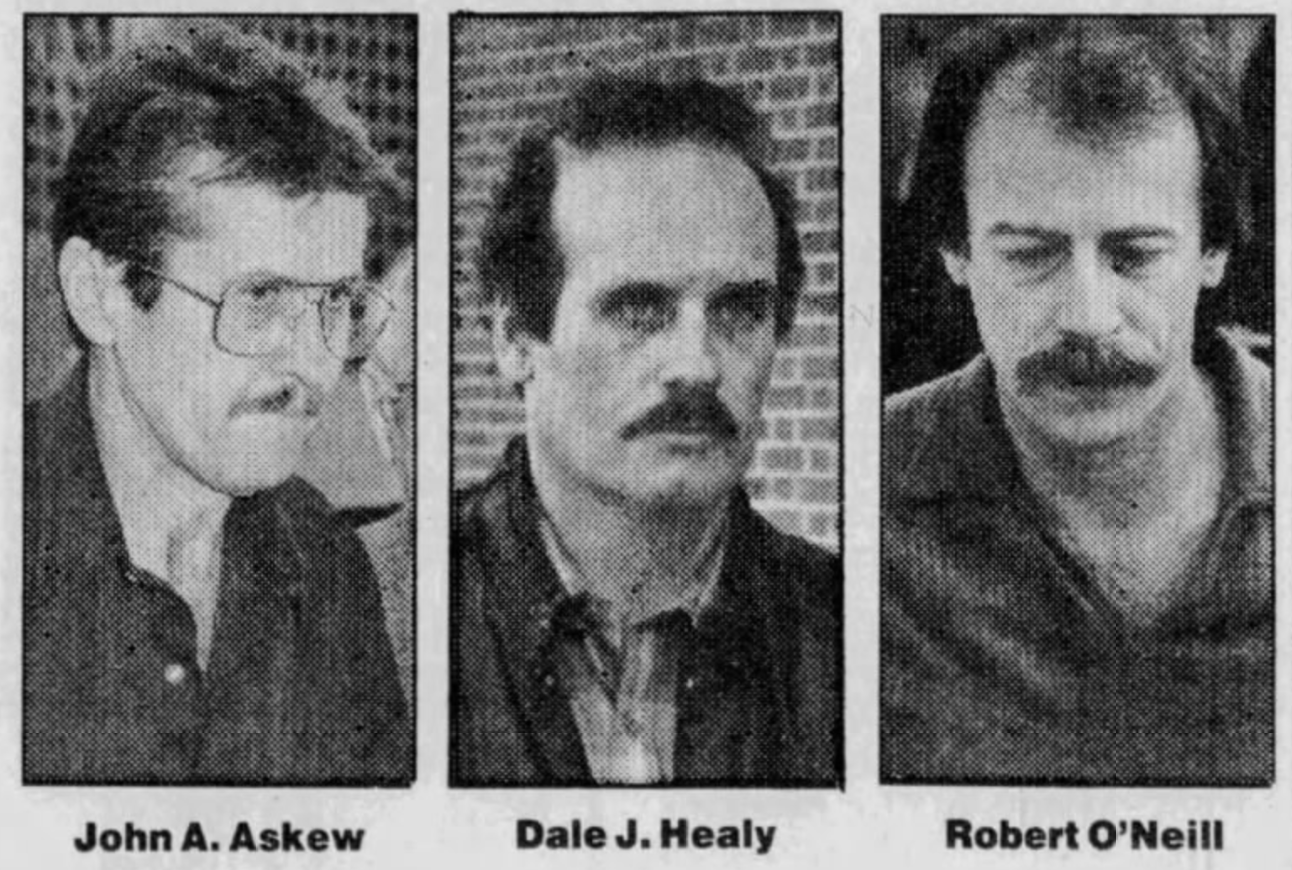 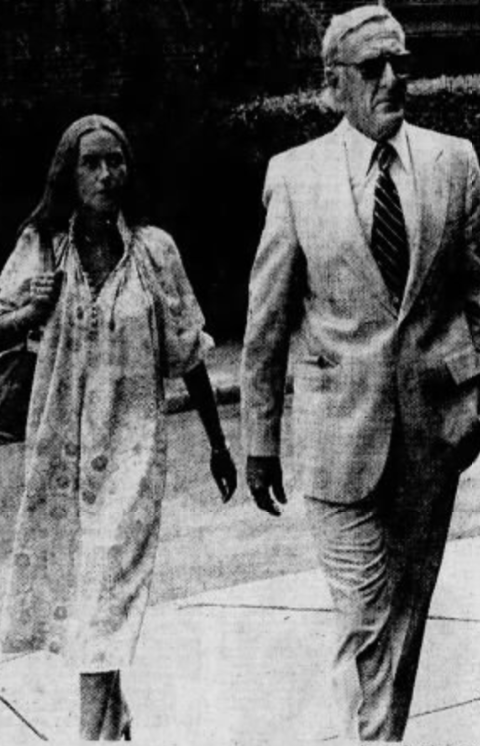 Charles Swarr, a nephew of murder victims Horace and Mary Swarr, arrived in Lancaster from his home in Washington, D.C., after their murder in 1979. 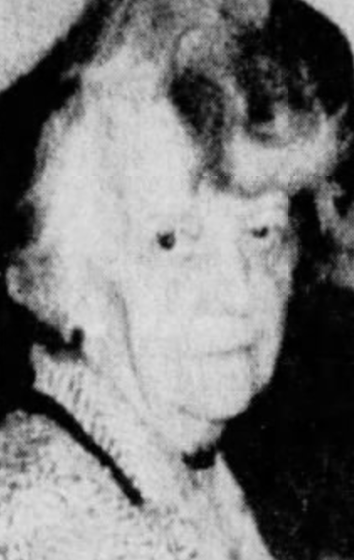 This 1979 photo shows the home of siblings Horace and Mary Swarr on West Walnut Street, Lancaster.

Charles Swarr, a nephew of murder victims Horace and Mary Swarr, arrived in Lancaster from his home in Washington, D.C., after their murder in 1979.

This 1979 photo shows the home of siblings Horace and Mary Swarr on West Walnut Street, Lancaster.

Horace and Mary Swarr were octogenarian siblings who lived together in a house on West Walnut Street in Lancaster.

They were quiet and mostly kept to themselves. Newspaper reports referred to them like people from a bygone era - they had no interest in the modern world, and as the world changed around them, they retreated to a reclusive life spent mostly inside their Victorian-era home.

On the evening of Sept. 17, 1979, they were found bound and gagged in their home; Mary Swarr was dead and her brother, still alive, had been badly beaten.

There were signs the home had been ransacked, but police were unable to determine if anything was missing. Horace Swarr had been struck on the head with a blunt instrument, but police could not immediately determine a cause of death for his sister.

However, one grim detail was revealed by police immediately: Investigators had reason to believe the crime was committed several days - possibly as much as a week - earlier.

Neighbors were shocked to learn the fate of the elderly siblings, though the Swarrs' reclusive nature meant their plight went unnoticed until a Lancaster Newspapers delivery carrier spotted a suspicious accumulation of uncollected newspapers on their front porch.

Mary Swarr was well-known in the community, the New Era reported, having worked as a legal secretary for local attorneys from the 1920s until the late 1960s. Her brother had been self-employed as an electrician.

On Sept. 19, several developments in the case were reported in local newspapers:

Police spoke at length about a detail only hinted at in initial reports: An anonymous call to police a week before the Swarrs were found claimed that a couple were being tied up and robbed at 442 W. Walnut St. The Swarrs lived at 432 W. Walnut, so when police responded to the call they found no signs of trouble.

Charles Swarr, a nephew of the victims, arrived in Lancaster from the Washington D.C. area and told police that his aunt and uncle had kept large quantities of gold and silver coins in the house. Police were trying to determine whether the coins had been stolen or moved out of the home by the Swarrs.

Autopsies revealed that both Swarrs had died of starvation and dehydration after being left on their living room floor, bound and gagged, for several days. Horace Swarr regained consciousness and was able to speak with police before he died, but police did not reveal the details of that conversation.

Searching the Swarrs' home and safe deposit boxes revealed no sign of the gold and silver coin collection, so police believed the theft of those coins was the motivation for the crime - meaning the burglars knew the collection was in the house.

On Sept. 22, the Swarrs' funeral was held, with more than 100 mostly elderly attendees turning out to see the quiet, old-fashioned siblings laid to rest.

But police were no closer to solving the case - they had determined that the criminals knew what was being kept in the Swarr home and, given that there were no signs of forced entry, may have been someone they knew or trusted.

But they had no local family, and no close friends. They were intensely private.

Over time, the case went cold.

A year later, the Intelligencer Journal ran a follow-up piece in which Lancaster city Det. Joseph Geesey said the case was still being investigated, but that clues were few and far between.

The latter estimate turned out to be closer to the truth.

On Jan. 17, 1989, police announced that two men had been arrested in Maryland and were being held awaiting extradition to Lancaster County, where they would face charges of criminal homicide in the deaths of the Swarrs.

Police set forth the details of the robbery which had taken place nearly a decade earlier:

A group of at least four men, dressed in business suits, came to Lancaster with the sole purpose of stealing the valuables they had learned the elderly couple kept in their home. At least two of the men entered the house, posing as Social Security officials in order to gain entry.

The robbers bound and gagged the couple, stole all of the valuables they could find, then called state police to report the crime before leaving. However, an error in the address they gave meant the couple spent the next week slowing dying of hunger and thirst on their living room floor.

Police did not release the names of other suspects in the crime, but over the course of the next week, they also arrested Dale Joseph Healy, 45, of Baltimore, and George W. Burkhart, 51, of Upper Falls, Maryland.

The daily newspapers passed along details of how this case was solved after so many years - stories of an estranged wife of one of the suspects tipping off Baltimore police, and friends of the men wearing wires to record incriminating statements.

O'Neill, the suspect who was implicated by his wife, turned state's evidence after his arrest, and testified against his accomplices.

The first of three separate trials began in September 1989, and by January 1990 Askew, Burkhart and Healy had all been found guilty of murder.

Prosecutors said Askew served as the ringleader, Healy and O'Neill performed the robbery and Burkhart was the gang's driver.

However, it looked like one question remained unanswered. How did the quartet learn of the Swarrs' wealth?

Testimony about a "guy named Don" who provided information about the elderly couple in Pennsylvania seemed like a missing link that might never be found.

The trials were over, the four men had been sentenced (O'Neill to 8-20 years in prison, the other thee to life in prison) and the case faded from the headlines.

Then, in May 1994, a surprising fifth arrest in the case was announced: Donald Wayne Nelson, 58, of Galax, Virginia, was named as the "middleman" who set up the crime.

He had been romantically involved with Ann Swarr, the estranged wife of Charles Swarr - the nephew who had traveled to Lancaster in the immediate aftermath of the murders. It was through that connection that he learned of the Swarrs' hoarded wealth.

About a year later, the final suspect in the case was jailed, after Nelson pleaded guilty and was sentenced to 5-10 years in prison on a conspiracy charge.

The Swarr case was back in the news in February of this year, when Gov. Tom Wolf commuted Burkhart's sentence, allowing him to begin a life on parole instead of finishing his prison sentence. Burkhart was 83 at the time of the commutation.