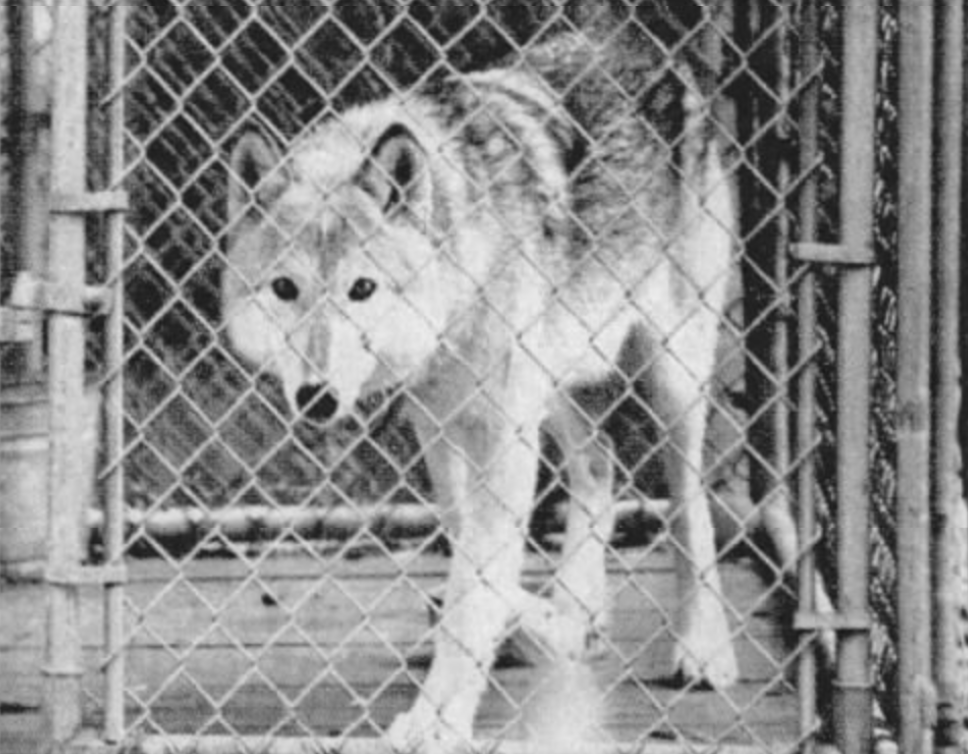 Sage, a wolf owned by Ted Schnupp of West Cocalico Township, is seen in his cage in this photo from November 1996. 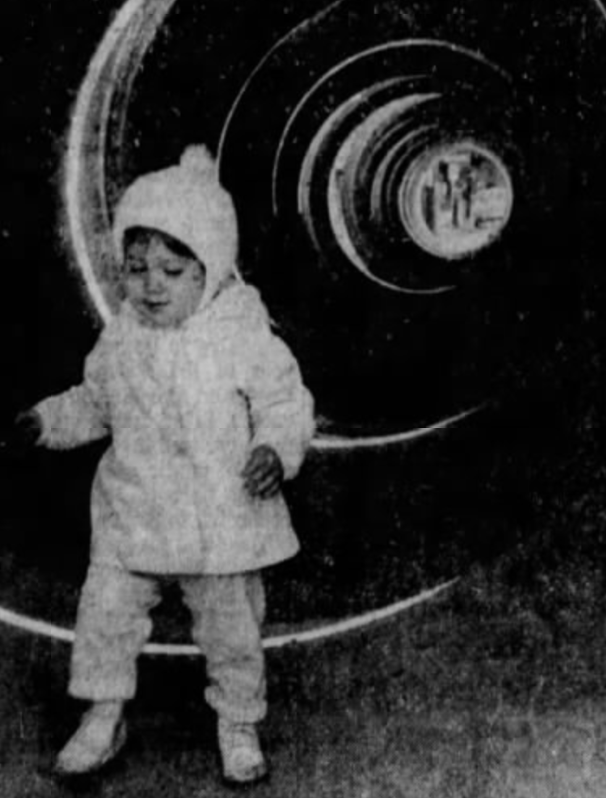 One-year-old Noreen Reinhart plays in a concrete sewer pipe while out on a walk with her mother in November 1971. The pipe was part of sewer replacement work on Clay Street in Lancaster city. 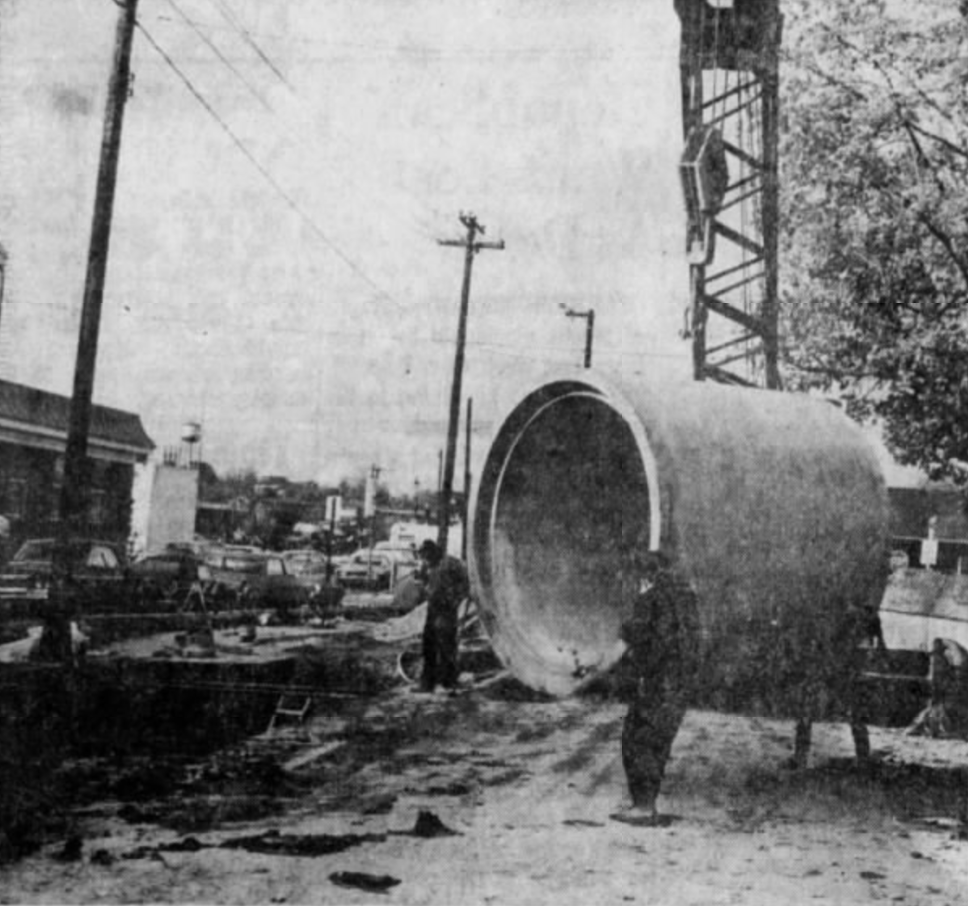 A massive concrete pipe is lowered into the ground under Clay Street in Lancaster city during a sewer replacement project in 1971.
This story contains links that will take you to our archives site on newspapers.com. This content is free for LancasterOnline subscribers who are logged in. Click here for more information about how to subscribe.

In late 1996, residents of the Whispering Pines development in West Cocalico Township were dealing with an unwelcome neighbor - a wolf named Sage.

Kept as a pet by Ted Schnupp, Sage was usually kept in a cage or tied to a post. However, the wolf had escaped his confines several times in the past year, episodes which ended with Schnupp's two sons chasing the animal through the neighborhood.

More recently, however, Sage had killed two neighborhood dogs, at which point neighbors began asking the authorities to intervene. Parents said they were fearful for their children, and one woman spoke of carrying a stick with her whenever she went outside.

Township officials sent Schnupp a "cease and desist" letter, because he had never applied for the zoning exception required to keep an exotic animal, but they also said the matter of Sage would ultimately be a question for the state game commission.

One possible outcome was the transfer of Sage to the Wolf Sanctuary of Pennsylvania, which had previously adopted a cougar named Zoe who had created a similar outcry in Manheim Township.

Mars probe blasts off from Florida

A city sewer line project might not seem like a source for photographic inspiration, but in November 1971, Sunday News photographer Marshall Dussinger found some interesting imagery at a work site on Clay Street.

Lancaster city was in the midst of a half-million-dollar project that involved replacing the antiquated brick sewer beneath Clay Street with massive concrete pipes measuring six feet in diameter.

Sent to shoot some photos of the work in progress, Dussinger found not only the expected scenes of crane lowering colossal sections of pipe into giant holes in the street, but also spotted 1-year-old Noreen Reinhart who, when walking past the work site with her mother, had selected one of the pipes as her playground.

That's exactly what happened to Elmer Dietrich of Lancaster, who on Nov. 6, 1946, had some extremely poor automotive luck.

At about 4:30 p.m., Dietrich was trying to start his car in the 100 block of East Chestnut Street when a short circuit set fire to the wiring. He extinguished the blaze with the help of passing employees of the city water department, and was able to start the car.

An hour later, as he was driving along Charlotte Street, Dietrich's car caught fire again. This time, neighbors rushed from their homes to help quash the flames.

In both cases, city firefighters were called to the scene, but the fires had been extinguished before they arrived.

Lancaster was set to host a flower show in November 1921, which was expected to draw exhibitors from "many points east of the Mississippi."

The three-day event, to be held at the Hiemenz Auditorium at Prince and Orange streets in Lancaster city, was of particular interest because several new rose varietals were expected to be shown here for the first time.

Premier of France arrives and starts for Washington

Indiana miners are ordered to return to work

Editor's note: This story was originally published on May 26, 2021.

A bus crash, an earthquake, and a man declared dead by mistake [Lancaster That Was]

My family's home was at the foothills of the Conocoheague Mountain, located in the Tuscarora State Forest in the western corner of Perry Count…

When: Cocalico school board meeting, Oct. 25.

New helicopters arrived in 1971, kids offered Thanksgiving cooking tips in 1996 [Lancaster That Was]

A freight train derailed in 1921; an iconic restaurant closed in 1996 [Lancaster That Was]

Lancaster County has its share of local legends and ghost stories, from the Walking Statue of Lancaster Cemetery to the werewolves of the Hans…

In 1949, Manheim Township class photo told story of the times [I Know a Story column]

Seventy-two years ago, in May of 1949, graduates of Manheim Township High School posed for a class picture.

Antique toolbox: Can you guess what this Landis Valley Museum tool was used for?

Do you know what this mystery tool, from the collection of the Landis Valley Village and Farm Museum, was used for?