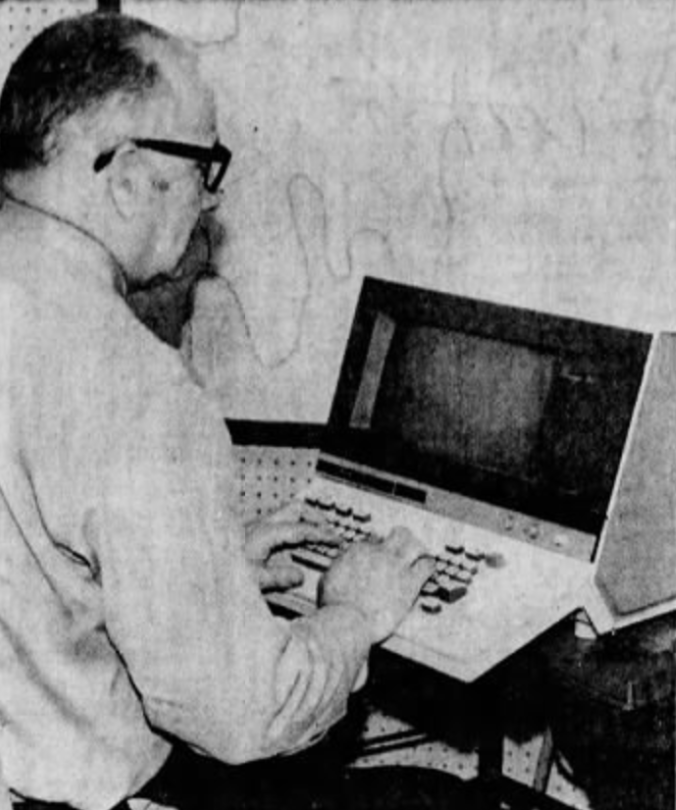 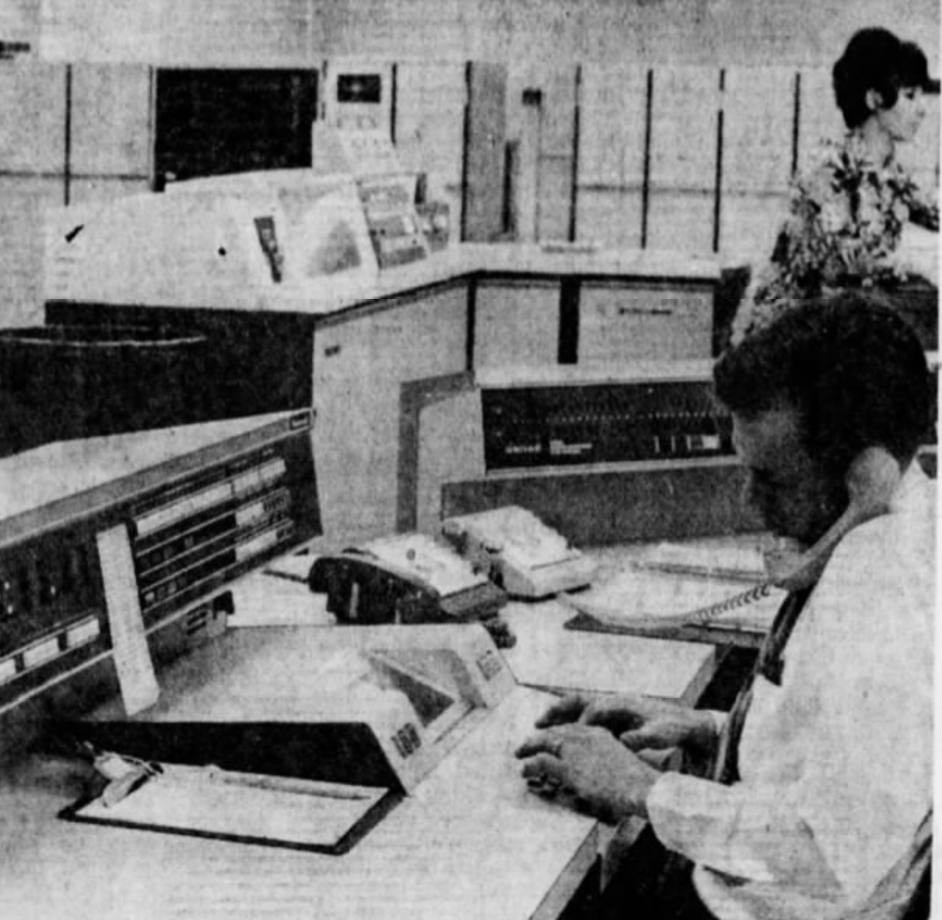 The command console for a new police computer system, located in Hershey, is seen in this 1971 photo. 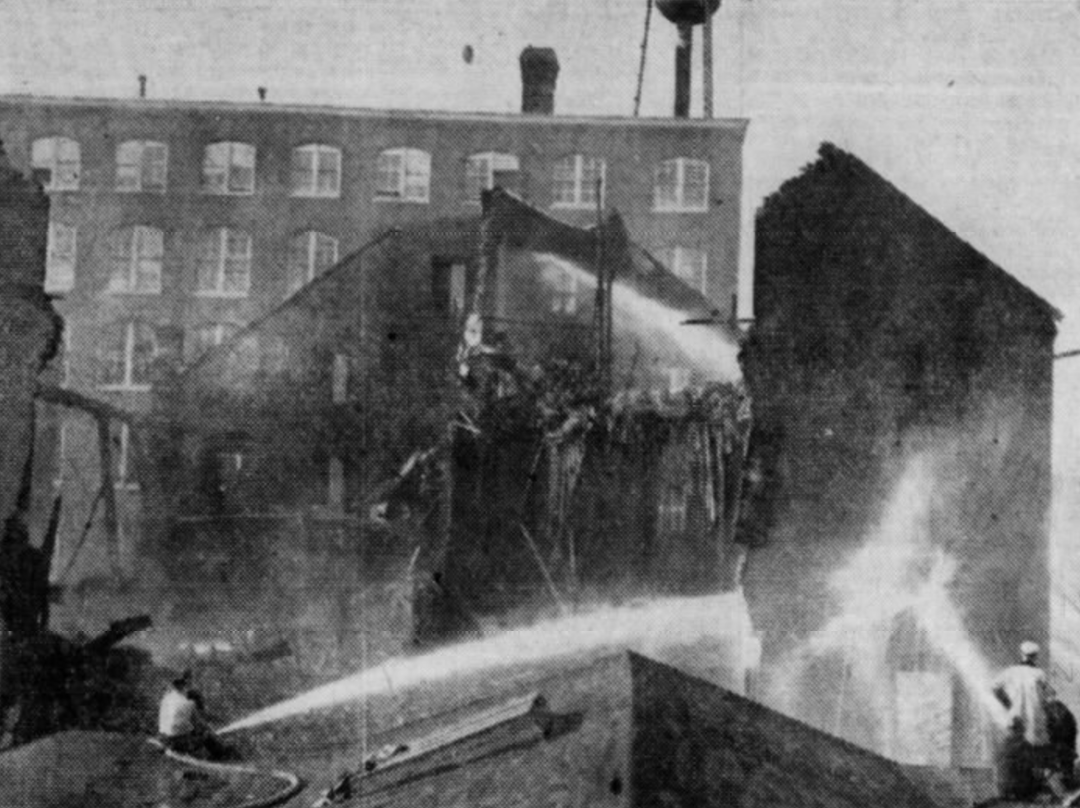 Firefighters hose down the remains of a tobacco warehouse, located on West Lemon Street between Prince and Market streets, which was destroyed by fire in March 1946.

A fire ripped through a warehouse that held cars destined to be sold at the Manheim Auto Auction on March 28, 1996.

The early-morning fire damaged or destroyed all 13 cars in the building. Some of the cars suffered only smoke damage while others were melted by the intense heat of the flames. The building itself was significantly damaged as well.

All 13 cars were relatively new, the oldest being from 1992, and ranged from SUVs to sports cars, including a Chevrolet Corvette. The damage from the fire was estimated at $230,000, most of which was the value of the cars.

Shuttle ready to depart from Mir

Pregnancy test for dogs is on the way

A "futuristic" new tool was about to be added to the arsenal of local and state police departments in 1971 - a computer system.

Dubbed CLEAN - the Commonwealth Law Enforcement Assistance Network - the new system based in Hershey was to replace the teletype network the police had been using since 1929.

The system was based on two massive Univac Real Time Computers at the state police academy in Hershey, with participating departments - including Lancaster city police and the Lancaster barracks of the state police - linking to the system through Univac Visual Display terminals. The $5 million setup was on lease from Univac.

The Sunday News article about the new system took great pains to explain technology that today's reader would take fro granted - for example, pointing out that the terminals resembled "a combination typewriter and miniature television screen" and that users could see what they were typing on the screen.

The new system would allow rapid sharing of information. For example, an officer at a traffic stop could radio in a license plate and the person on duty at the station could query the central database to see if the car had been reported stolen. With the previous teletype system, it could take anywhere from five minutes to two hours to retrieve that information. The new system would return the data in less than a minute.

Okinawa uneasy over reversion to Japan

A massive tobacco warehouse in Lancaster city was completely destroyed by fire in March of 1946, along with nearly 3 million pounds of tobacco.

The brick and wood building, located on West Lemon Street between Prince and Market streets, was likely to be a total loss, and was valued at $125,000. The tobacco stored inside was valued at more than $750,000, bringing the total damage from the fire to nearly a million dollars.

State police and state fire marshals were being called in to help investigate the cause of the blaze.

Soviets walk out of UNO session

An unseasonably hot Easter resulted in fewer people "promenading" around the city in their Easter finery, the Lancaster Intelligencer reported on March 28, 1921.

Temperatures in downtown Lancaster reached 95 degrees on Easter Sunday that year, and thousands of people fled the sweltering city by car, motorcycle, trolley and horse-drawn carriage.

Lancastrians were headed for the open spaces and cool breezes of the woods and country, and dressing down for the occasion. Some women, of course, did dress up for church services in the morning - though even those, the newspaper reported, were wearing gowns that were simpler and lighter than the elaborate fashions of recent years.