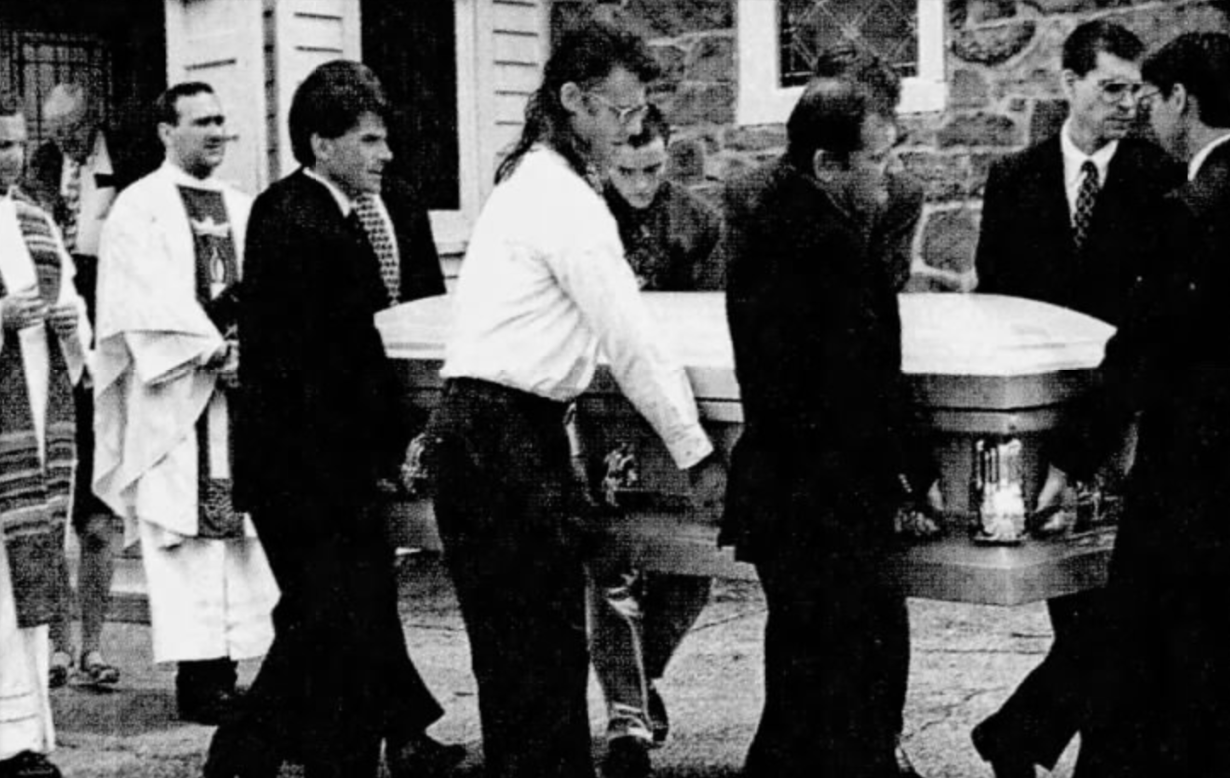 Pallbearers carry the single casket holding the remains of Frances Durgey and her children Jessica and Kathryn from St. Peter's Catholic Chruch in Elizabethtown after their funeral on July 3, 1996. 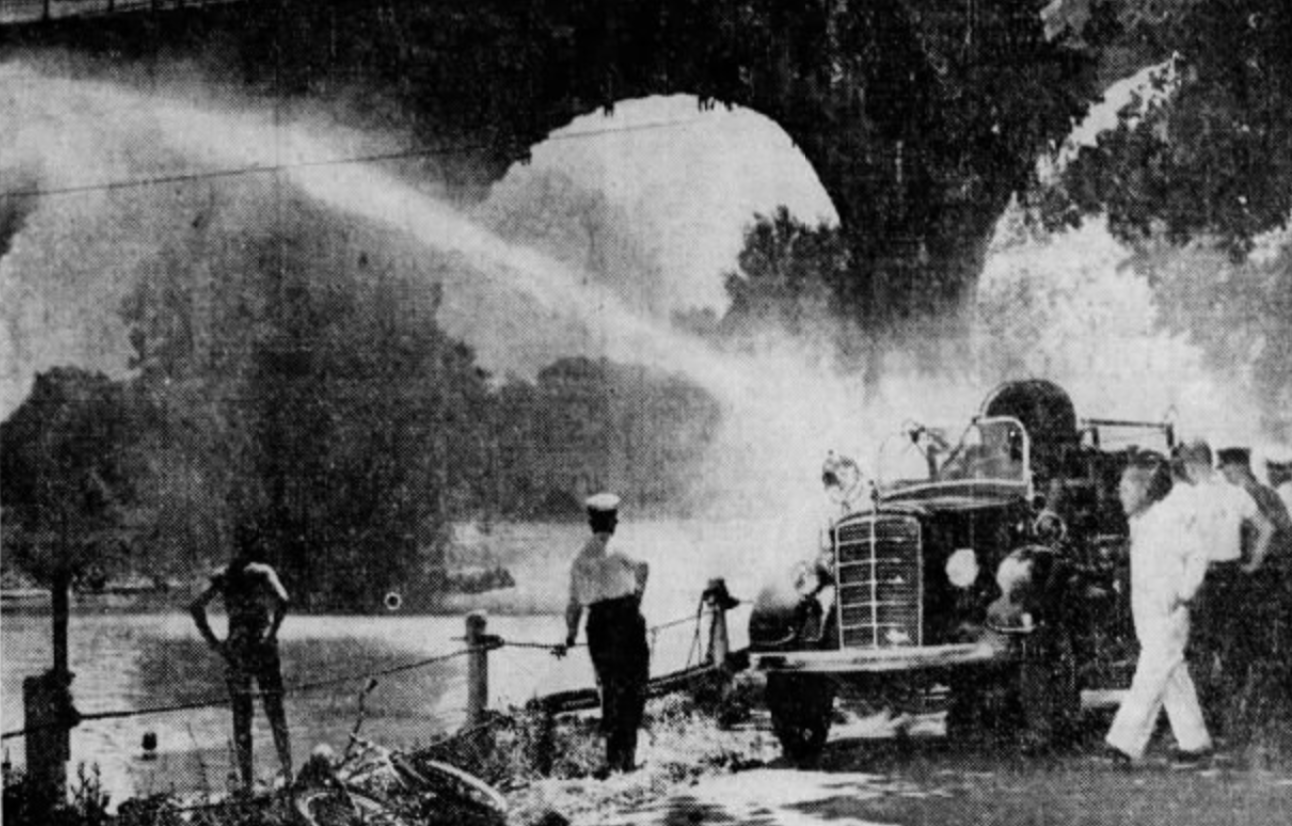 A pumper truck from Lancaster city's fire department sprays water over the Conestoga River during tests of the equipment in the summer of 1946.

This architect's model gave the public its first look at the Lancaster Treadway Motor Inn, a resort planned to open in 1972 which eventually became the Eden Resort & Suites.

On July 4, 1971, the community of Elizabethtown gathered together in a show of support and grief for three members of a family who perished in a house fire the previous weekend.

The funeral for Frances Durgey, 34, and her daughters Jessica, 5, and Kathryn, 2, was held at St. Peters Catholic Church and was attended by more than 150 people, not only friends and family, but also members of the community who simply wanted to show their support.

The night before, hundreds of people attended a viewing for the three victims of the fire, who shared a single casket.

The cause of the fire was determined to be accidental - an electrical cord overheated. Several firefighters attended the memorial service for the Durgeys.

A neighbor who saw smoke coming from the house banged on the door, at which point Frances Durgey handed him her youngest child, 8-month-old Lucy, then ran back inside to gather her remaining four children. The two oldest, Theresa, 15, and Autumn, 13, were in the basement and escaped through a basement door.

Frances Durgey never made it back out of the house, and perished along with Jessica and Kathryn. Frances Durgey's husband, Timothy Durgey, was at work at the time of the fire.

After 700 years, British will give back Scotland's symbolic Stone of Scone

In 1971, plans for what would become a sizable local landmark were revealed, as a 150-room resort was slated to be built along Eden Road.

The Lancaster Treadway Motor Inn was planned to open in the spring of the following year, in time for tourist season. Targeted to business travelers and conventions as well as tourists, the hotel was to feature a mix of standard rooms, specialty suites and executive lodgings, with four food and drink venues ranging from casual to formal.

The Treadway ultimately opened in June 1972, with a New Orleans theme most visible in its three-story indoor courtyard. It also featured an indoor pool with a sliding glass roof. The hotel expanded many times over the years, and is now known as the Eden Resort & Suites.

Big push is on to build a better engine

In the wake of a series of deadly fires in the summer of 1946, the Lancaster city fire department was undergoing a thorough self-assessment, during which everything from staffing levels to equipment functionality was being checked and evaluated.

Outside experts who were assisting with the investigation included representatives of the Associated Fire Underwriters, an organization of engineers representing insurance companies.

The most visible and spectacular part of that process was likely the testing of the department's pumper trucks, which were driven to the Conestoga one by one, where they were loaded up with water which was then blasted out over the river in massive sprays. Engineers were testing the trucks for capacity and volume of spray.

Though results of the equipment test were pending, Robert Goodhue, the chief engineer of the association, said that the Lancaster department was "badly undermanned," and a previous report from the organization identified numerous problems with the department.

“The Genius of Liberty,” atop a granite pedestal overlooking Penn Square, gazes to the north…

In amazement of her home’s expansion, Hannah Slaymaker called out to her mother, remarking h…

Antique toolbox: Do you know what this vintage tool from the Landis Valley museum was used for?

Do you know what this mystery tool, from the Landis Valley Village & Farm Museum collection, was used for?

A look at Sickman's Mill's many transformations throughout its history

The quaint Sickman's Mill, an old stone and brick building just off Sand Hill Road in Conestoga Township, has a deep, rich history that contin…

Lake at Long's Park needed a cleanup in 1971; Walmart arrived in 1996 [Lancaster That Was]