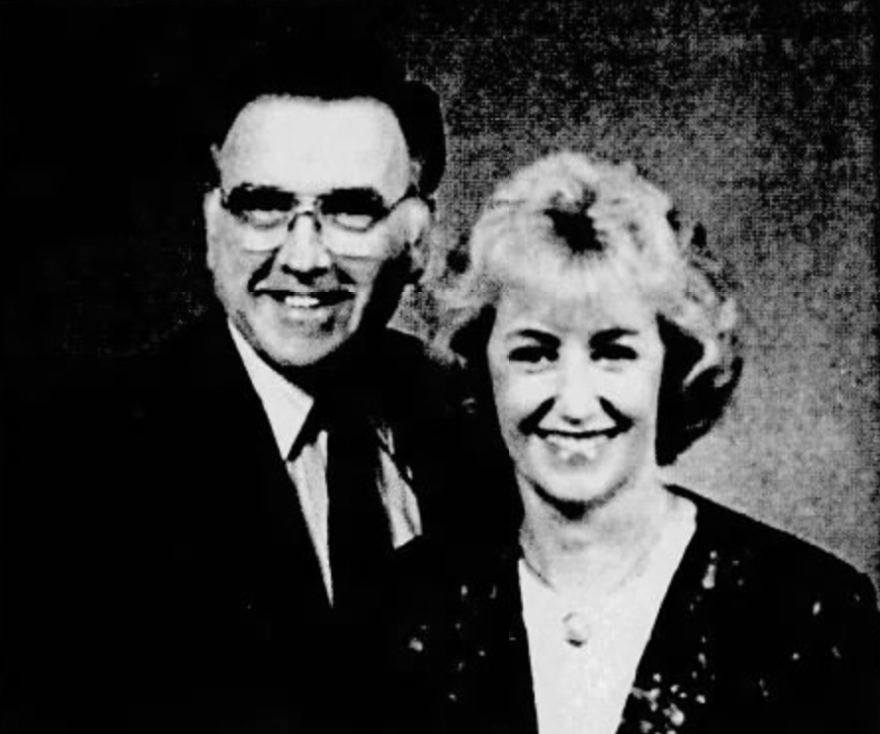 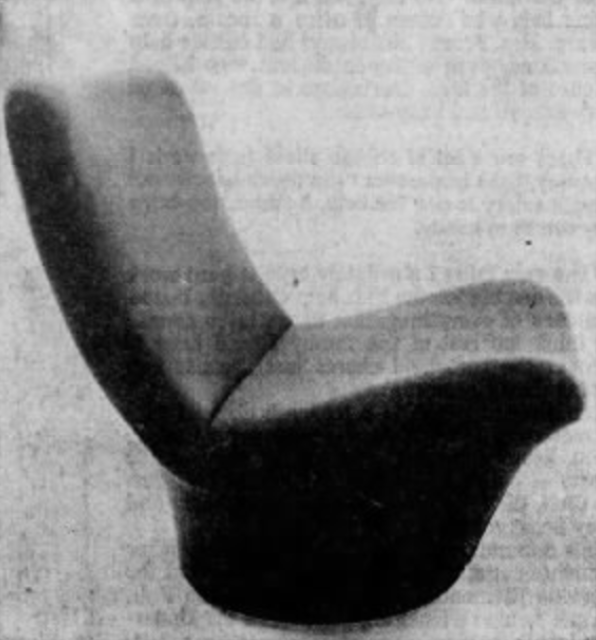 This armless lounger, circa 1971, is made of molded foam rubber covered with stretchy fabric. It illustrates the low center of gravity typical of floor-centered furniture of its time.

On the night of July 17, 1996, a TWA flight from New York to Paris exploded shortly after takeoff, killing all 228 people aboard.

Among the dead was Gideon Miller, 57, an Amish-born Lancaster County native who left the county to pursue his dream of becoming a pilot. He flew Boeing 747s all over the world for TWA, though he wasn't in the cockpit of the doomed flight - he was a passenger.

Miller still had close connections with many friends and family members in Lancaster County, even though he had lived in Florida for the 10 years prior to his death.

He was on board the TWA flight in order to meet another 747 in Paris that he was scheduled to fly.

Miller, who was survived by his wife, Betty, and two children, got his start learning about airplanes at the Smoketown Airport. He left the county at 19 to embark on his career as a professional pilot.

What was the buzzword for stylish furniture circa 1971? Well, according to the interior decor writer for the Sunday News, the buzzword might've been "plump."

That's how the latest trend toward sinuous shapes and body-hugging comfort was described, and it was just one part of the modern style.

Regarding seating, the Sunday News had this to say:

"Never before (with the exception of those leisure-prone latter-day Romans, perhaps) has upholstered furniture catered more to body comfort or contributed more richly to our need for total relaxation."

The pieces in this new seating trend, which included things like armless loungers and leather-wrapped molds of foam rubber in bulbous shapes, were described as "spherical, undulating and curvy," with a decidedly low center of gravity.

The saga of the surly steer began when the Holstein leapt through a slaughterhouse window on Ruby Street and took off into the city. Police gave chase in a cruiser, but the animal plunged into the Conestoga, swam to the other side, and promptly disappeared into the wooded Williamson Park area.

The steer emerged five days later from the woods near the Meadia Heights golf course, where it proceeded to charge at a party of women playing golf. The animal was chased away by groundskeepers and their tractors. State police officers arrived shortly afterward, only to be led on a three-hour chase through parks and fields, with growing crowds of spectators gathering to watch the bizarre rodeo.

At one point, the animal charged through the playgrounds of Buchmiller Park, where it frightened several groups of children.

Eventually, the steer was cornered in a empty part of the park and was killed by a single shot fired by Cpl. V. E. Simpson.

Blasted billys of Bikini will have reverent requiem

In the summer of 1921, an outbreak of typhoid fever that affected people in several states was traced to a contaminated well in Rapho Township.

Thousands of people traveled to (and through) the area served by the well for the World Conference of the Church of the Brethren, and hundreds were reported sick across Pennsylvania and in surrounding states.

The outbreak affected local people as well, with nine infected in Rapho Township itself, 13 hospitalized in Coatesville and four more hospitalized in Lancaster County. Many other people became ill, but only suffered minor symptoms.

The well was condemned and closed after the incident, and the state Department of Health reminded all motorists to be careful stopping to drink from roadside streams and wells, which was a common practice at the time.

War threatening between Russia and the Poles

'Overall, I like this plan:' Hotel, KFC gets conditional approval in Rapho Twp.