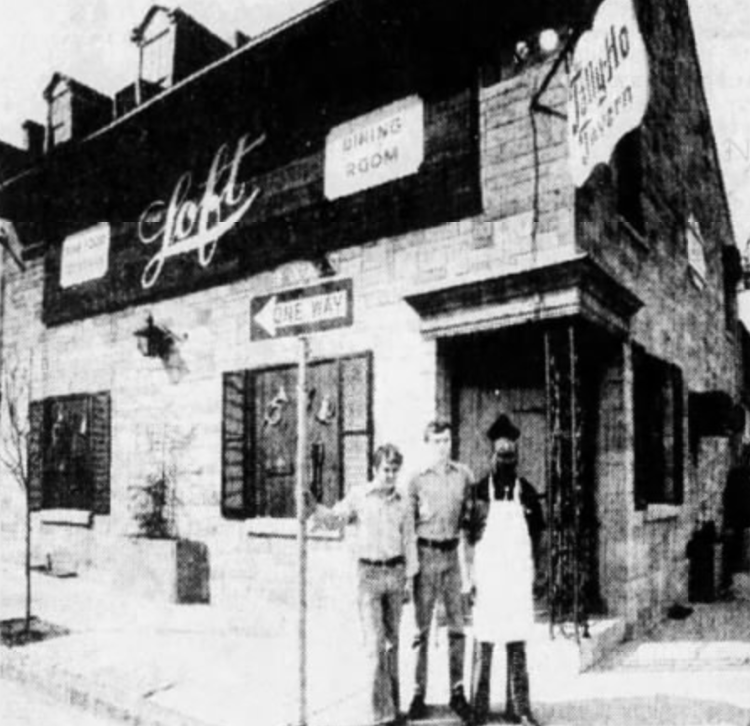 The Loft underwent a significant expansion in 1977. Shown here in front of the restaurant are, from left, owner George Centini, manager Gary Hufford and chef Henry Hodges. 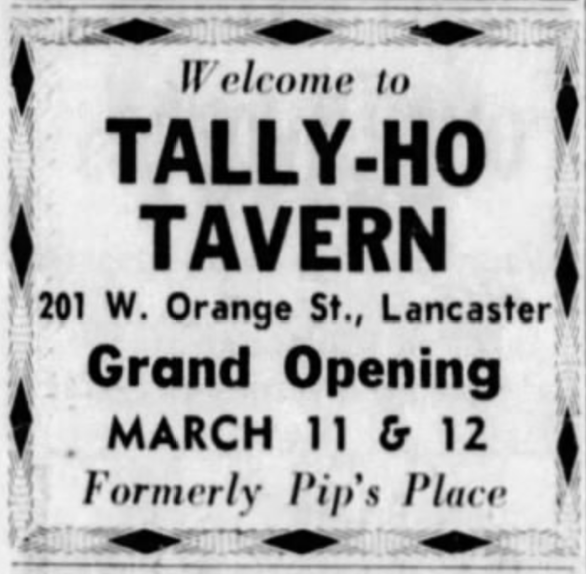 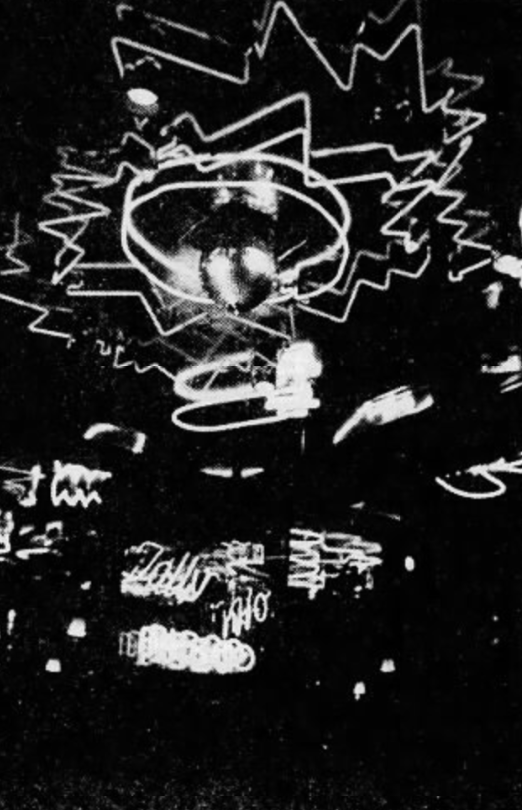 These neon lights, recycled from the old Comet Drive-in, adorned the ceiling of the Tally Ho dance floor in 1983. 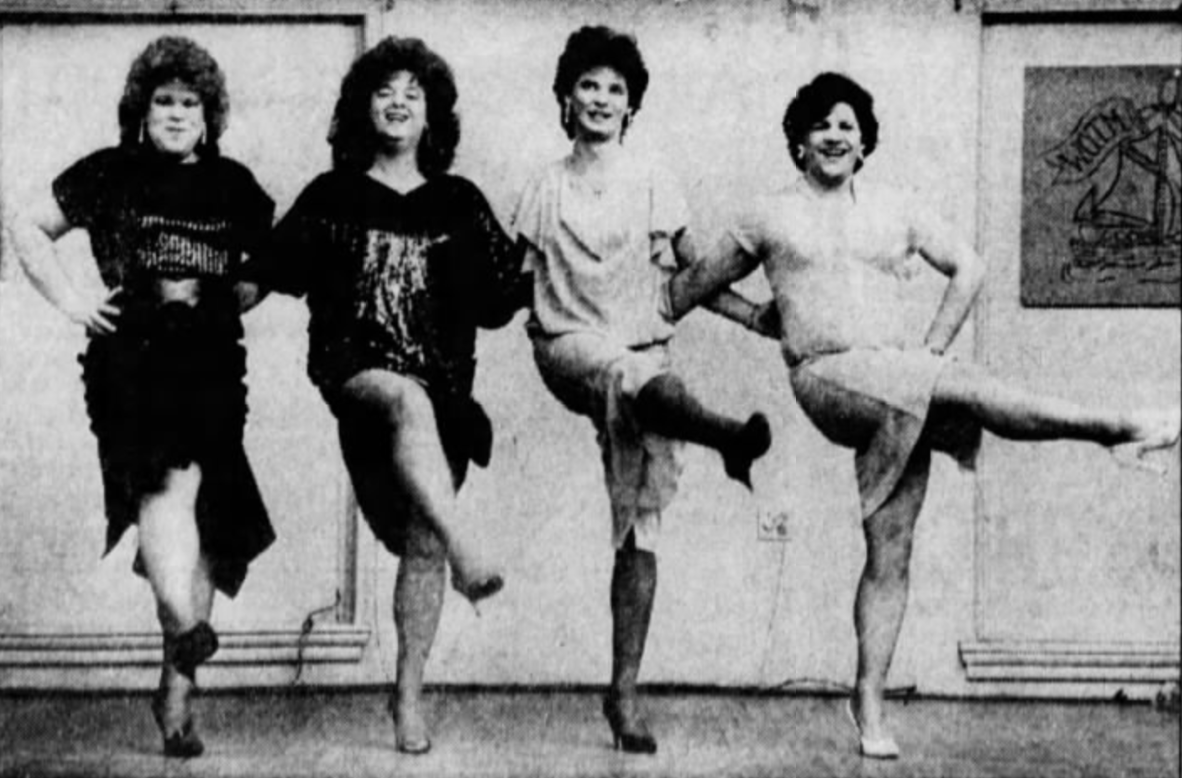 Nous Cagelles, a group of drag performers, undertook an effort in 1987 to raise funds for charities and promote a positive view of homosexuals after "female impersonators" were banned from the Tally Ho. 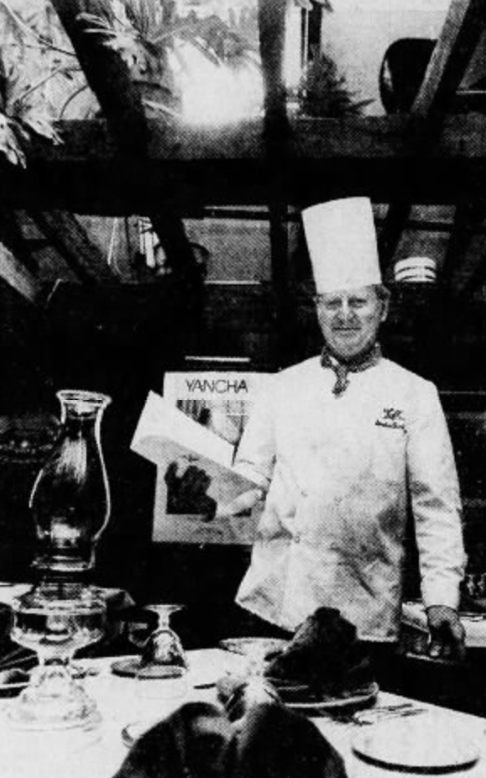 Chef Gunter Backhaus bought the Tally Ho tavern and the Loft restaurant in 1987.

The building at 201 W. Orange St., at the corner of Orange and Water streets right in the heart of downtown Lancaster, is thought to be one of the oldest taverns in the city.

According to LNP archives, taverns occupied that spot as far back as the 1700s. But the history of the Tally Ho, which soon will be ending after more than half a century at that location, began in 1966.

The first ad for the new tavern, announcing its opening that night, ran in the March 11, 1966, New Era. The Tally Ho would take over the spot most recently occupied by Pip's Place.

In 1974, owner George Centini opened a small restaurant called the Loft on the second floor of the tavern. Three years later, the Loft was expanded into a larger space with a bigger kitchen that would allow it to evolve into a mainstay of Lancaster's fine dining scene.

As the '70s turned to the '80s, the Tally Ho became a busy spot for area nightlife. (Here's an Intelligencer Journal article from 1983 about the neon lights adorning the ceiling over the Tally Ho dance floor, which were recycled from the old Comet Drive-in.)

But it also became a target for neighbors and other city residents, who complained about noise and disruptive behavior late at night. The Sunday News published a front-page story with the headline "City neighborhood turns into playground for gays" in 1986.

According to Centini, who was interviewed for the story, groups of underage gay men would gather outside his bar soliciting sex. Also, anti-gay people would often walk or drive by and loudly harass the people outside the bar.

The article proved to be something of a flashpoint. After it appeared, Centini no longer allowed "female impersonators" - drag performers - into his bar.

Banned from the Tally Ho, a group of those performers calling themselves Nous Cagelles undertook an effort in 1987 to put on charity performances wherever they could, not only to raise money for good causes, but also to "promote a more positive view of homosexuals in Lancaster."

Also in 1987, Centini sold both the Tally Ho and the Loft to Gunter Backhaus, a renowned chef who had formerly served as executive chef at the Host Farm Resort in Lancaster County and the Grove Park Inn in Asheville, North Carolina.

Backhaus brought a long career in fine dining to the already well established Loft, and intended to raise the bar even farther in terms of cuisine and reputation.

However, the Tally Ho continued to be a focus of anti-gay sentiments, which by the early 1990s, had turned from verbal abuse to "gay-bashing" physical violence.

But the tavern persisted, and gradually times changed around it - by 2000, drag shows were advertised in the newspapers.

In 2007, Lancaster's first-ever Pride celebration was cancelled, but a fundraiser for the next year's festivities was held at the Tally Ho. The next year, the inaugural Lancaster Pride event took place as planned in Buchanan Park - with an after-party at the Tally Ho.

That after-party has become an annual tradition for Lancaster Pride events every summer.

For close to half a century in Lancaster city, a venerable dining institution and a nightclu…

Hersheypark's Wildcat opened in 1996; Millersville Pike tolls ended in 1921 [Lancaster That Was]

Katherine Campbell Rossi says she’s pretty sure she and her husband, Tyler Joseph Rossi, knew they were going to form a theater company before…

Love it or hate it, the Green Dragon Farmers Market and Auction near Ephrata has long been a Lancaster County landmark.

12 events to celebrate LGBT pride in Lancaster County this June

June is LGBT Pride Month, a month dedicated to celebrating queer and transgender people in the United States.