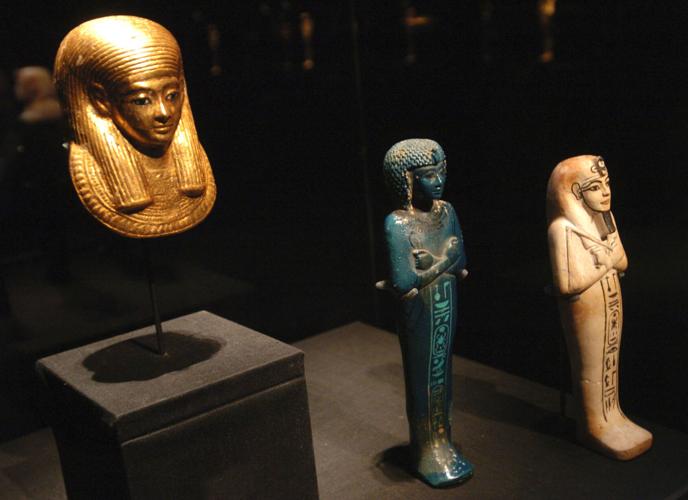 Artifacts from Tutankhamun's tomb, discovered in 1922, visited the Franklin Institute in Philadelphia in 2007. Collectibles that have turned 100 years old can be termed "antiques" and often gain in value. 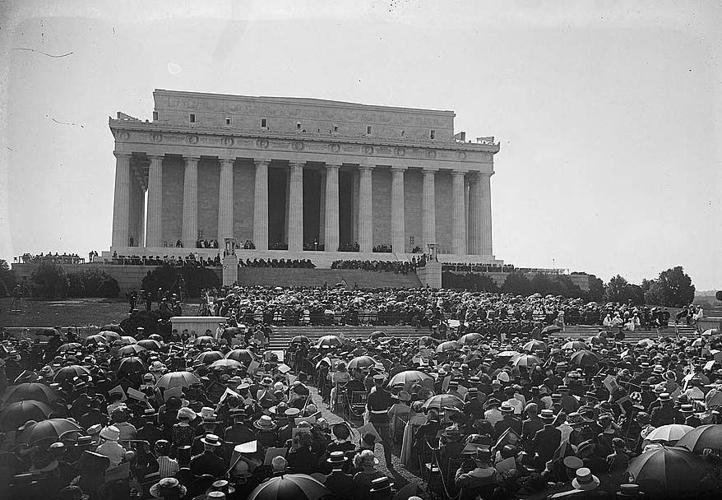 The Lincoln Memorial was dedicated in Washington, D.C., in May 1922. Collectibles that have turned 100 years old can be termed "antiques" and often gain in value. This 1922 photo comes from the archives of the Library of Congress.

One of the most common questions that I field is, “What is an antique?”

The word antique has a simple definition. Many people confuse the word and its definition with other related words like “vintage,” “classic,” “antiquity” or “ancient.” But for an object to be called antique, it must have reached 100 years of age.

So, in 2022, many objects become antiques. For collectors and resellers, objects that reach this enviable status are worth more than they were last year.

In 1922, many major achievements took place in science, culture and the arts. What’s collectible from 100 years ago is trending now.

For collectors, the Eskimo Pie ice cream bar debuted in the United States with a patent for Christian K. Nelson. Eskimo Pie packaging and related advertising memorabilia is of interest to collectors of the delicious ice cream treat, and command high prices in 2022.

On James Joyce’s 40th birthday, Feb. 2, 1922, the novel “Ulysses” was published in Paris, France. For bibliophiles and other book collectors, first editions of the book will bring big bucks at auction and online. A special first edition copy of “Ulysses,” numbered 478/750 on handmade paper with a provenance that includes artists Marsden Hartley and Georgia O’Keeffe, sold at Sotheby’s auction for $62,500.

Another publication impressed readers worldwide in a different way when DeWitt and Lila Wallace published the first issue of Reader’s Digest. Today, the magazine itself and other publications under the Reader’s Digest publishing umbrella have introduced the everyman to major events, great books and happenings around the world. Another magazine makes its debut in 1922 when author and poet T. S. Eliot establishes The Criterion magazine, which contains the first publication of Eliot’s “The Waste Land.”

On Feb. 8, 1922, President Warren G. Harding introduced the first radio in the White House. Radios are a major collecting field and remain of interest with many collectors. Radios and their parts are regularly traded online. Harding made his first speech on radio on June 14, 1922, (Flag Day) however, it is candidate and later President Calvin Coolidge that uses radio to help secure his bid for the White House in 1924.

On May 5, 1922, in the Bronx borough of New York City, construction began on Yankee Stadium. Today, people may purchase objects from the original Yankee stadium including bleacher seats, bases, dugout wood and even dirt from the field. Milestones like 100 years of age make such items desirable.

The Lincoln Memorial is a major American landmark that was erected in 1922 in Washington, DC., and dedicated on May 30, 1922. Related objects, souvenirs of our nation’s capital and Lincoln collectibles show prices on the rise with history buffs and collectors.

On July 11, 1922, the Hollywood Bowl opened, and would become a major open-air music venue in California. Nearby, the famed Rose Bowl sports stadium opened in Pasadena that same year. Collectibles from both the Hollywood Bowl and the Rose Bowl, including brochures and programs from games, will increase in value this year.

Probably the most famous event of 1922 was the discovery of King Tut’s tomb. On Nov. 4, in Egypt’s Valley of the Kings, a group of English archaeologists led by Howard Carter found the entrance to the Pharaoh Tutankhamun’s tomb. On Nov. 26, 1922, after more than 3,000 years of the tomb being undisturbed, Howard Carter and Lord Carnarvon become the first people to look inside KV62, the burial place of King Tut.

This historic event sparked a fashion, art, and cultural rebirth of all things ancient Egyptian. Objects of Egyptomania appeared in architectural buildings such as theaters, hotels and civic buildings. Jewelry design of brooches, necklaces and earrings, and fine art paintings and sculpture, took on an Egyptian look — and the list goes on. Culture looked to Egyptian culture and the early 1920s saw a great interest in all things surrounding King Tut and the life of the ancient Egyptians.

Picasso prints, paintings and ceramics, as well as Chanel’s clothing designs, jewelry and accessories, remain important collectibles to this day.

With a Ph.D. from Penn State University, Lori Verderame is an antiques appraiser, author and award-winning TV personality who has appeared on the History channel’s hit show “The Curse of Oak Island.” She gives appraisal value information at DrLoriV.com and Youtube.com/DrLoriV or call 888-431-1010.

Dr. Lori: How to know if your collectible Pokemon cards are valuable [antiques column]

Pokemon, or pocket monsters, the famed card game and collectibles that originated in Japan, …

Dr. Lori: How to educate, prepare yourself for buying fine art, antiques [column]

When embarking on a new phase of life, like a new marriage, a new home, a new job, a big ann…

With Valentine’s Day being celebrated this month, jewelry is on the minds of both givers and…

This Saturday, there are four comic book stores in Lancaster County where you can receive a …

He moves through the night with purpose, working methodically through the city streets to co…

Take it from Olivia Matter: It's important to check your DMs.

7 things to do in Lancaster County this weekend, from a quilt auction to a city-wide celebration in Marietta

Whether you enjoy auctions and pig roasts, or are looking for a night of dancing and go-go d…

May First Friday 2022: 27 things to do in Lancaster County, from a pet-themed art exhibit to gift ideas for Mother's Day

There's a little something for everyone in Lancaster city during this month's First Friday.

Two of the region's best French restaurants are in Lancaster, according to OpenTable users

‘House Hunters’ brings the home search to Lancaster city; Which house did they pick?

Tamagotchi takeover in 1997; aerial photography in 1922 [Lancaster That Was]