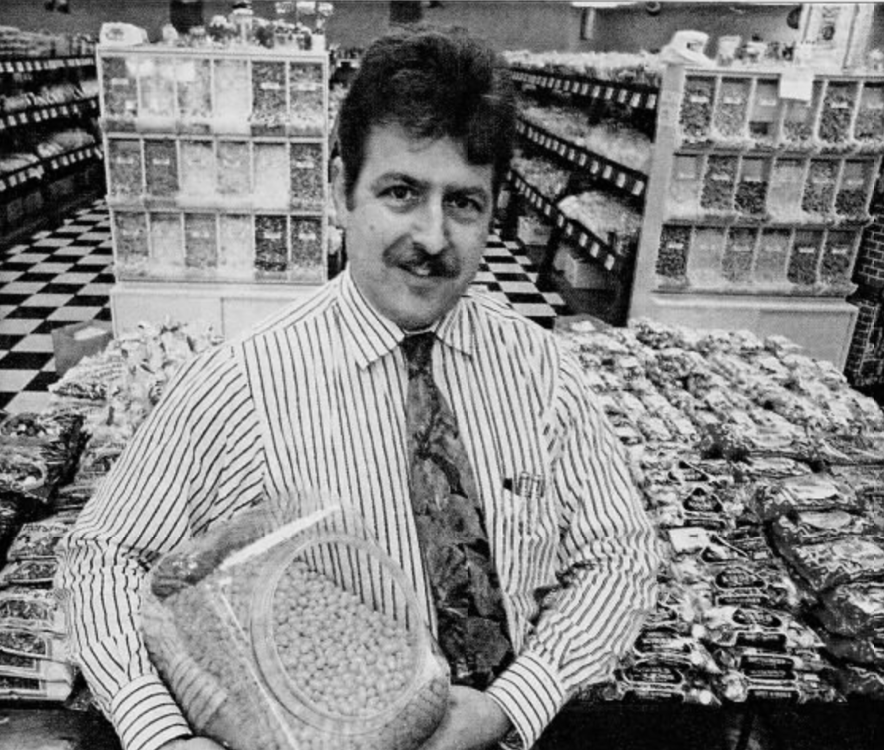 Paul Weaver holds a tub of sweets in the Weaver Nut Co. outlet store in this 1993 photo. 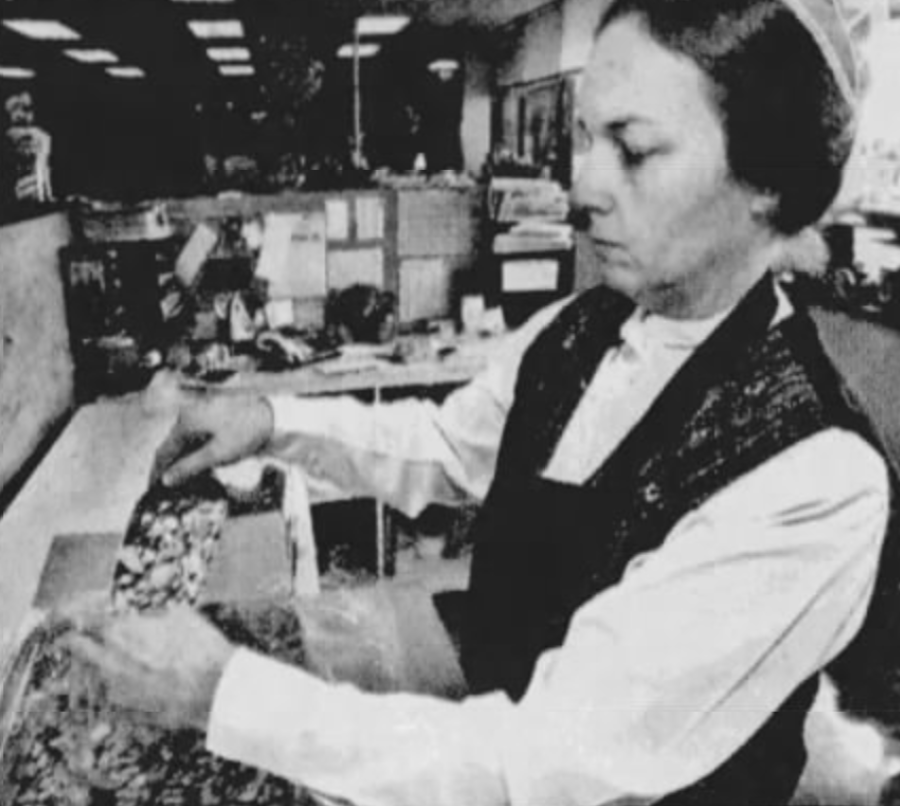 Miriam Weaver works in the retail store attached to the Weaver Nut Co. warehouse in this 2004 photo.

The Weaver Nut Co. warehouse and processing facility in Clay Township is seen under construction in this 1990 photo.

A dramatic, smoky fire engulfed the Weaver Nut Co. building near Ephrata on Wednesday evening, drawing dozens of firefighters and hundreds of spectators to the commercial property at 1925 Main St. in Clay Township.

Weaver Nut Co. has long been a mainstay of the Lancaster County business landscape, with wholesale and retail sales businesses operating in parallel for decades. Nuts, candy, trail mixes and other snacks - some locally made, some imported from elsewhere - made up Weaver's inventory list of more than 4,000 items.

Famously started in the basement of the Weaver family home in Myerstown in 1975, the business grew quickly from a couple of stands at area farmers markets to one of the country's largest distributors of nuts, candies and dried fruits.

In this 1993 interview with the Lancaster New Era, founder E. Paul Weaver III described his early years of working 16-hour days and selling bulk sugar, flour, nuts and candies at Root's and the Green Dragon markets.

The wholesale side of the business grew as Weaver sold his wares to supermarkets, restaurants small shops and bars. After incorporating as Weaver Nut Co. in 1987, Weaver's operation expanded with the construction of a massive, four-story warehouse in Clay Township in 1990.

Simultaneously, Weaver's retail operation also grew, with a store at the site of the warehouse catering to local customers who were happy to pay factory-outlet prices for the sort of high-quality snacks Weaver always said he prided himself on. The Weaver business was always a family affair, with Weaver's wife, Miriam, always pitching in at the store and the Weaver children helping out when they were old enough.

In 1993, with wholesale sales totaling more than $14 million annually, Weaver decided to boost the much smaller retail side of his business by constructing a second store on Columbia Avenue in East Hempfield Township. That location also included Weaver's first foray into sit-down dining - Edward's Coffee Shop, where customers could sip coffee and snack on fresh-baked pastries. (The coffee venture was named for Weaver son, then 7, who along with his brother Vincent, then 9, would eventually take over the family business from their father.)

Though the new store was successful, Weaver in 2001 decided to sell the location to Edward Maksel, then-owner of Miesse Candies, thereby consolidating his local business back into the Clay Township location.

In the wake of Wednesday's fire, his sons Edward and Vincent said they plan to rebuild the business.

Mainspring of Ephrata requests use of Main St. for annual holiday festivities

Criminal activity ruled out in Weaver Nut Company fire, cause still under investigation

Criminal activity has been ruled out, but the cause of last Wednesday's massive fire at Weaver Nut Company is still under investigation, accor…

The Lancaster-Lebanon Football League is celebrating its 50th season this year. The league, which began in 1972, will kick off its 2021 campai…

Antique toolbox: Can you identify this month's mystery tool from Landis Valley Museum?

Do you know what this mystery tool, from the collection of the Landis Valley Village and Farm Museum collection, was used for?

A fire brought more than 70 fire units to a Clay Township business Wednesday evening and took several hours to extinguish; now all that remain…

Dark black plumes of smoke could be seen for miles away as a massive fire burned Wednesday evening at a commercial building in Clay Township.

Smoke and debris from the Weaver Nut Company warehouse in Clay Township pictured the morning after the fire, Thursday morning, August 5, 2021.…

A Lancaster kid was a soap box derby star in 1971; Phish came to Hershey in 1996 [Lancaster That Was]

Check out the hottest fall fashions - circa 1921 [Lancaster That Was]