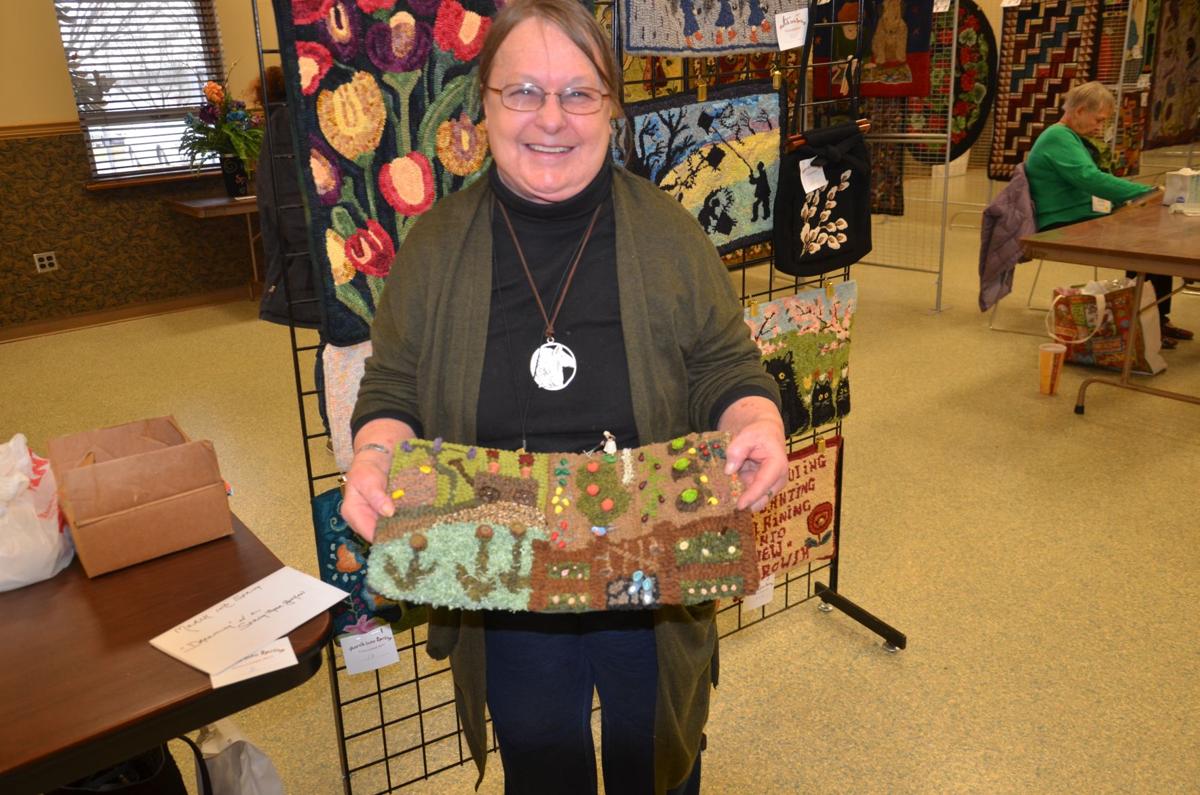 Linda Kerlin of Elizabethtown is among the members of the Woolwrights Rug Hooking Guild. 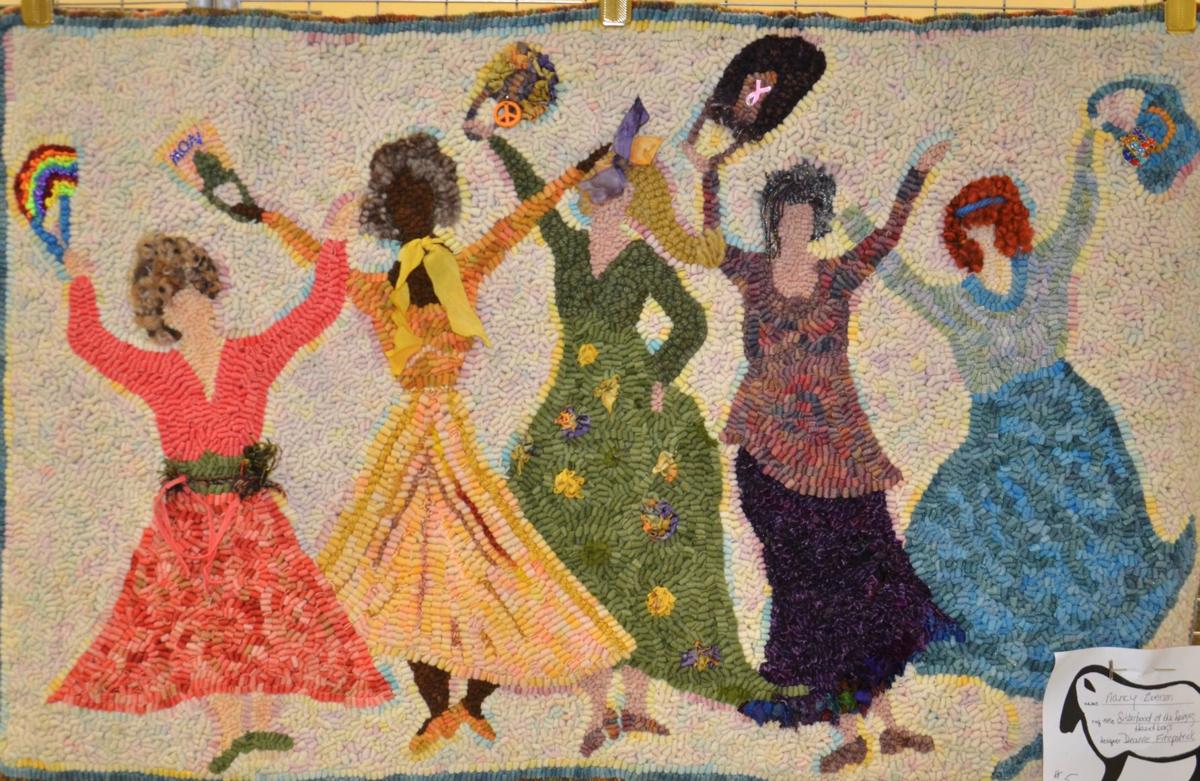 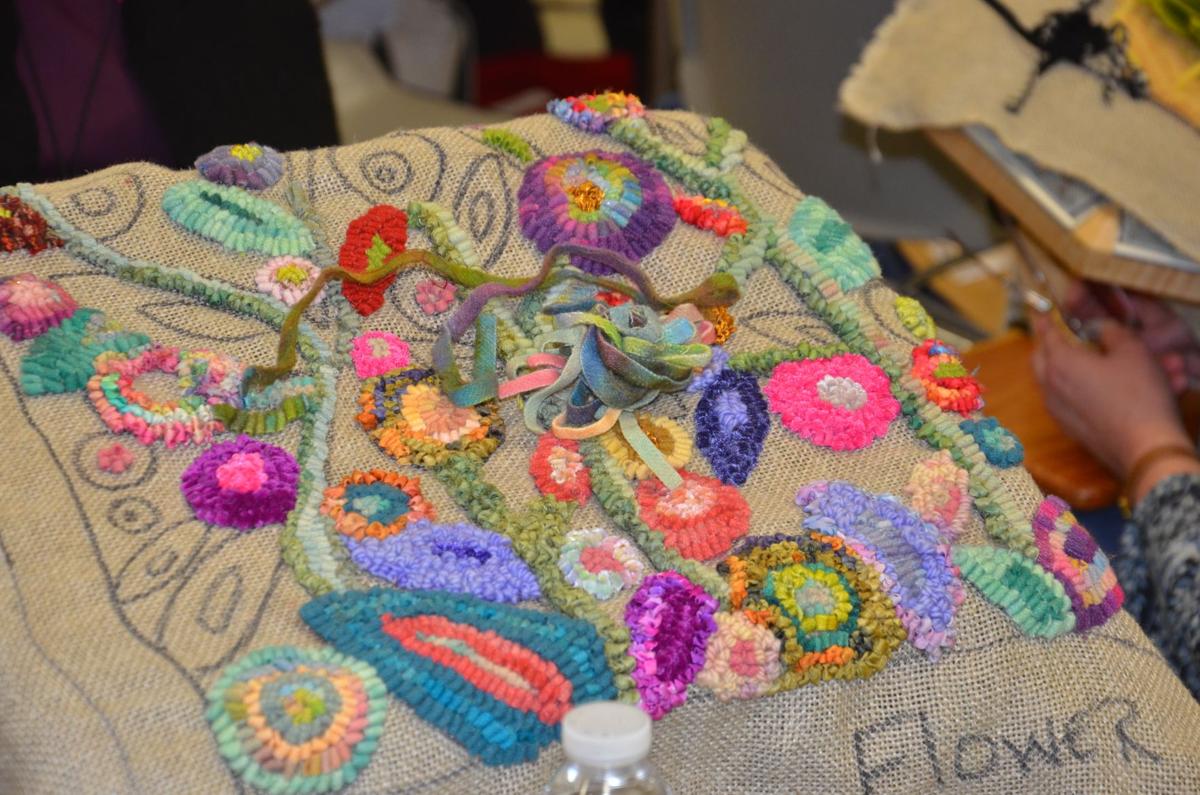 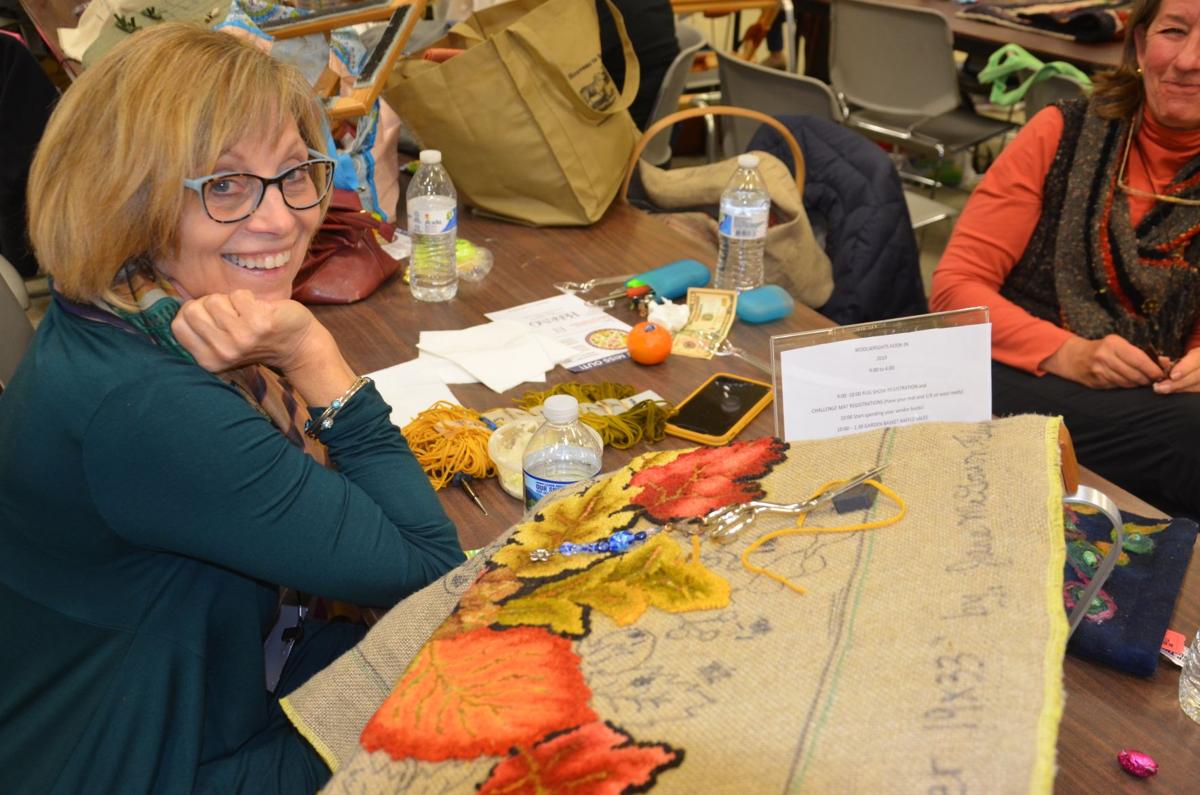 Linda Kerlin of Elizabethtown is among the members of the Woolwrights Rug Hooking Guild.

For Nancy Greene, it’s almost a form of therapy.

For Leanne Sitler, it’s an art form, but so much more.

Both women are hookers.

OK, get your mind out of the gutter. They’re rug hookers, and they’ve been hooking for decades.

“It’s really very meditative,” says Greene. “When I hook rugs, I hook fast. I have to tell myself to slow down and savor it. Rug hooking is such a comforting process.”

Sitler shares that sentiment, adding, “It’s very relaxing. It has a rhythm to it that just calms you.”

Greene and Sitler are both members of the Woolwrights Rug Hooking Guild. The guild includes about 80 members who meet once a month at Zion Lutheran Church in Leola.

“It’s really a great group of men and women,” Greene says. “We have some really talented artists.”

The group holds an annual Hook-In, and this year’s was scheduled for Saturday but has been canceled because of the coronavirus.

At the Hook-In, guild members planned to showcase their projects, and the general public has a chance to learn more about the art of rug hooking.

Greene has been hooking for about 10 years. She learned of the art form when she accompanied a friend to a convention.

Both Lancaster quilt shows planned for late March are canceled

“I had bought a loom and I was planning to start weaving when I retired,” Greene says. “But I was so blown away by what I saw at the rug hooking convention, I ended up giving the loom away.”

Over the years, Greene has learned how to dye her own wool for her rugs and has created pieces she uses in her home.

“We put the rugs I make on the floor and we walk on them,” she says. “They wear beautifully.”

Other rug hookers may use or sell their pieces as decorative wall hangings, she notes.

Greene bristles at the idea that rug hooking is anything like latch-hook or other craft kits children may use. Instead, it’s a craft based on fabric.

Rugs are completed using strips of fabric that can be as thin as a piece of yarn to upwards of one-half inch.

Staying in? Here's how you can pass the time

Sitler currently is working on a pattern that resembles a coverlet.

“You have a color plan or a pattern and then you hook the fabric into a backing, which could be linen or monks cloth or rug warp,” she says. “The backing has a wide weave so you can pull those strips through the backing and end up with loops on the top.”

Sitler got into rug hooking about 20 years ago when she bought a coffee table book on the subject.

“I thought, ‘That is so gorgeous. I need to know how to do it,’” Sitler says. “I searched for a place to get supplies and all I could find was a place in Nova Scotia, so I told my family, ‘We’re going to Nova Scotia for vacation.’”

In the past two decades, she’s taken classes with well-known rug hookers and has perfected her craft.

Before retiring, Sitler worked as a systems analyst, helping install computer systems in hospitals, and found that rug hooking offered a nice chance of pace.

“My job was very regulated, so I was really drawn to the creativity of rug hooking,” Sitler says. “I’m an artistic person and I’ve always loved fabric. … This is an outlet you can do so many things with.”

Sitler is also involved with Multicolores, a group of women in Guatemala who have learned how to hook rugs out of donated T-shirts and other fabrics.

“The group is part of an organization called Farmer to Farmer,” Sitler says, of the outreach program. “They help the women with learning the skills, how to market and sell their items and how to make a viable living doing this so that they can raise themselves out of poverty.”

Although their Hook-In didn’t happen this year, both women still invite anyone interested in rug hooking to learn more about the art. You can find more information about the rug hooking guild at woolwrights.com.

“This is an art form I’m very enthusiastic about,” Greene says. “It’s an art form that’s been around a long time, and we really encourage anyone to check it out.”

Lancaster County has a fourth barn quilt; The newest one's in Elizabethtown

Watch: Livestream a punch class with I Am Limitless this afternoon

All down, some out: COVID-19 pandemic crushes Lancaster County hotels; at least 13 close temporarily

We should appreciate, and help accommodate, truckers helping us through this crisis [opinion]