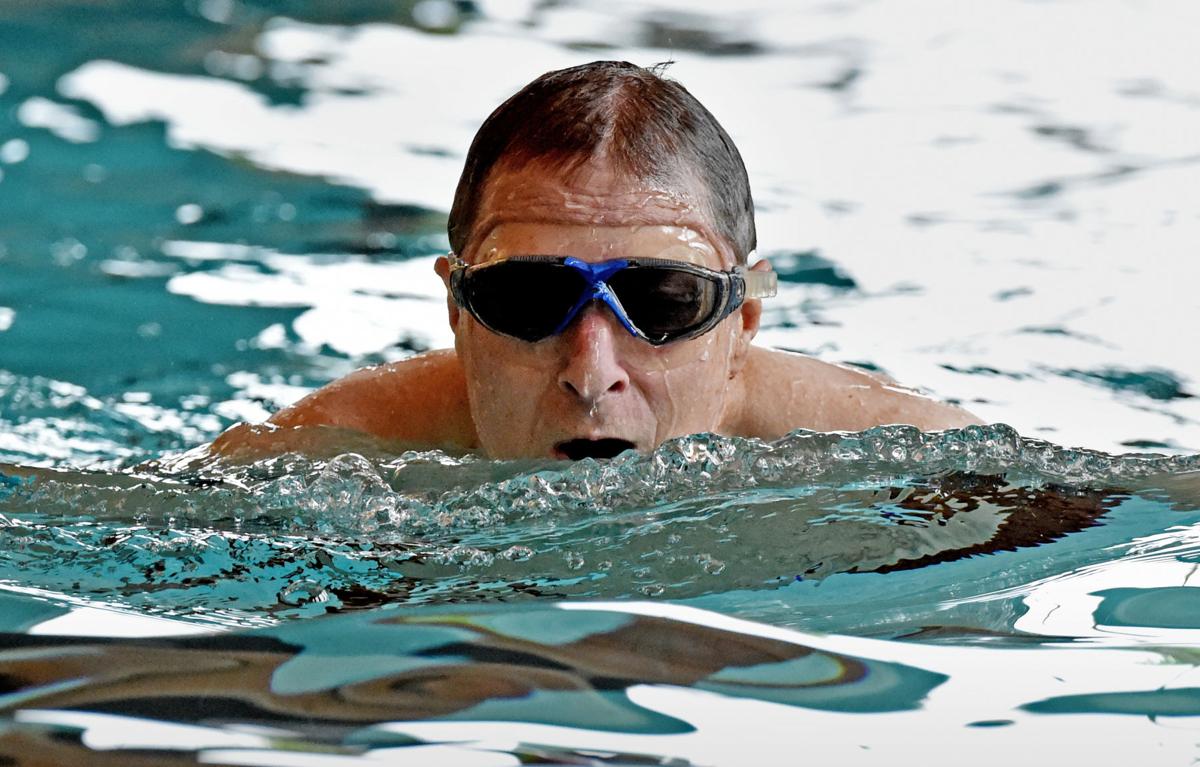 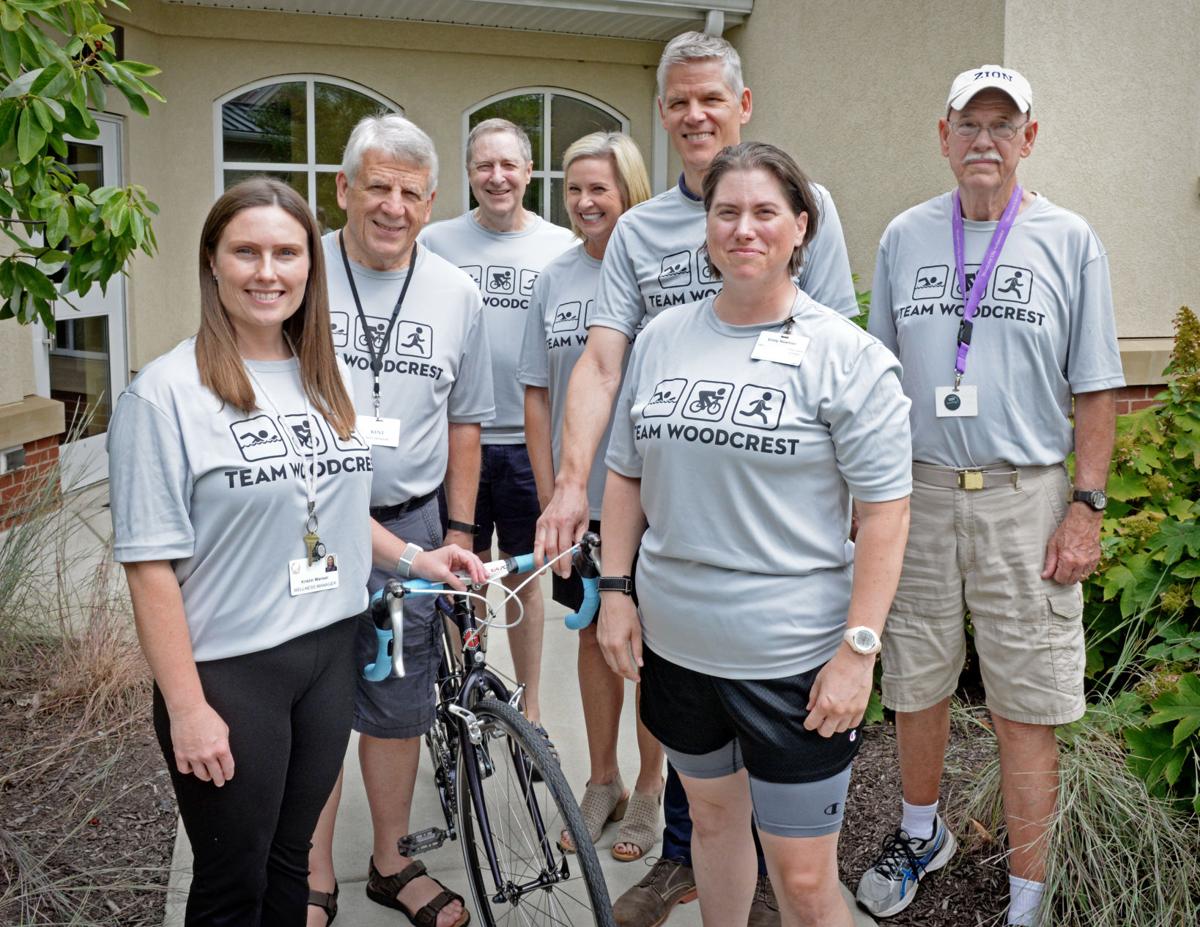 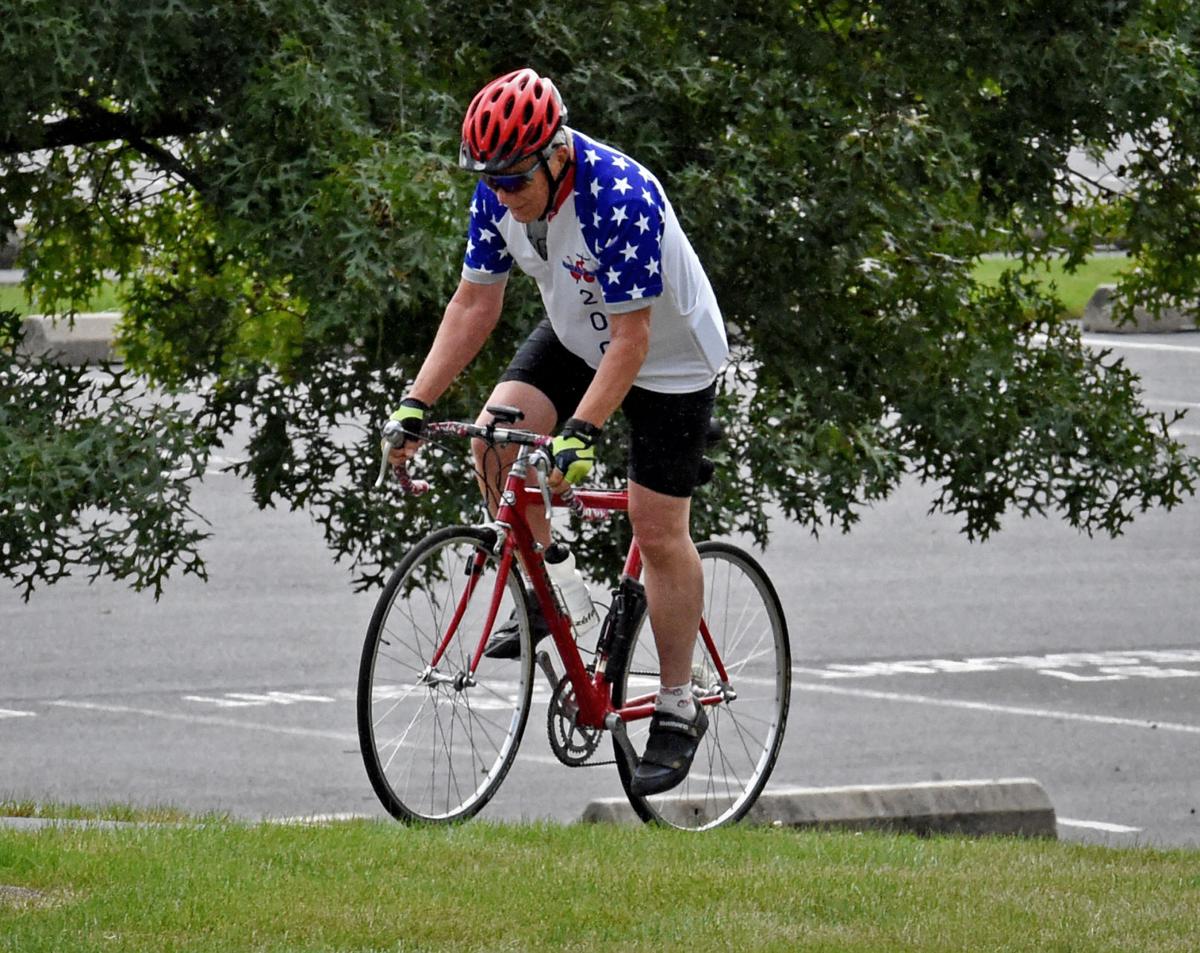 Residents of Woodcrest Villa along with staff members are competing in a triathlon in Downingtown on Sept. 22.

Residents of Woodcrest Villa along with staff members are competing in a triathlon in Downingtown on Sept. 22.

When the wellness staff at Woodcrest Villa went looking for residents to participate in an upcoming sprint triathlon, they didn’t have to look far.

Kent Kroehler, 75, has been pulled over twice by the retirement community’s campus security for speeding — on his bike.

Bob Magel, 72, swims a mile every week in the fitness center pool.

“I’d see Bob in the water, Kent whizzing around campus on his bike, and Jim is an avid hiker,” says Kristin Manser, Woodcrest Villa’s wellness manager.

“We were roped,” McCoy jokes.

What they were roped into is the MarshMan Sprint Triathlon at the 1,700-acre Marsh Creek State Park near Downingtown on Sunday.

The three men, along with three Woodcrest Villa staff members, will compete as part of two relay teams: the Woodcrest Whippersnappers and Woodcrest Wonders.

Manser conceived the triathlon idea about six months ago, but she originally thought it would be a fun activity for staff members, several of whom have competed in triathlons before. Then, she realized, it could be something more.

She thought about residents like Kroehler, who likes to cycle downhill at 30-something miles per hour and bemoans the fact that there are stop signs when he reaches the bottom.

“We just started looking around. We have plenty of residents who are swimmers, bikers and walkers,” she says. “I thought it would be a good idea just to bring staff and residents closer.”

Should you buy or lease a car? Here's what you should know before deciding

Two additional staff members, Cathy McBride, of the marketing department, and wellness specialist Emily Newman will compete as individuals, each completing all three legs of the race.

The MarshMan is a standard, USA Triathlon-sanctioned sprint triathlon, consisting of a half-mile (750-meter) swim, a 12.4-mile (20K) bike race and a 3.1-mile (5K) walk/run. It’s the shortest of the triathlons — about half the distance of an Olympic triathlon. A full Ironman triathlon covers a total distance of 140.6 miles.

While Kroehler, McCoy and Magel have never competed in a triathlon before, they are no slouches when it comes to physical fitness.

In 2002, Kroehler rode his bike cross-country. Compared to that, says the retired minister, “this is a piece of cake.” He stopped riding about 15 years ago, largely because he no longer had a partner to ride with him.

“It’s a little more risky to ride solo,” he says, “and you don’t have anyone to talk to as you’re whizzing down a hill at 30 mph.”

Ironically, he had recently started riding again and already had worked his way up to 12-mile rides when Manser came calling.

McCoy, who worked in engineering before retirement, has covered a lot of miles on foot over the years, including 800 on the Appalachian Trail. He and some friends joined the York Hiking Club decades ago.

McCoy doesn’t really keep track of mileage these days, he says, but he hikes about three times a week. He also is part of a club that helps maintain the Mason-Dixon Trail System.

Magel, who is retired from a career in marketing, began swimming at age 7 and swam competitively in high school. He also was a racing coach at a swim club in New Jersey.

Of the three residents, Magel is the one who will be navigating the most unfamiliar waters in this triathlon experience.

“My swimming was usually a sprint, so this is kind of new to me to do a long distance,” he says.

And rather than swimming in a pool, Magel will be swimming in Marsh Creek State Park’s 500-acre lake while wearing a partial wetsuit. To prepare, he has adjusted his weekly regimen to focus on endurance — he never touches the side or the bottom of the pool, and he never stops during his swim.

As for the Woodcrest Villa staff members:

Mortensen says he’s completing his fifth summer of serious cycling, logging about 40 indoor miles during the week and 60 miles outdoors on the weekends.

Newman competed in one sprint triathlon about 10 years ago, for which she had to somewhat learn how to swim since she only knew the doggie paddle, she says.

It will be the first triathlon for Perry and the sixth for Manser, but her first as part of a relay team.

The senior athletes seem fairly relaxed about their upcoming adventure. Kroehler goes so far as to call the experience “a hoot.”

But for the Woodcrest staffers, Kroehler, McCoy and Magel epitomize the benefits of an active retirement.

“I’m inspired by these gentlemen,” says McBride, who is hoping the community can field even more relay teams next year. “Aging isn’t what it used to be.”

When it comes to convenient locations and picturesque settings, Hawk Valley Estates in Denver offers the best of both worlds.

Chances are if you lived during the early 1940s and ever read a newspaper or magazine, or even drove past a billboard, you saw Bruce Holran.