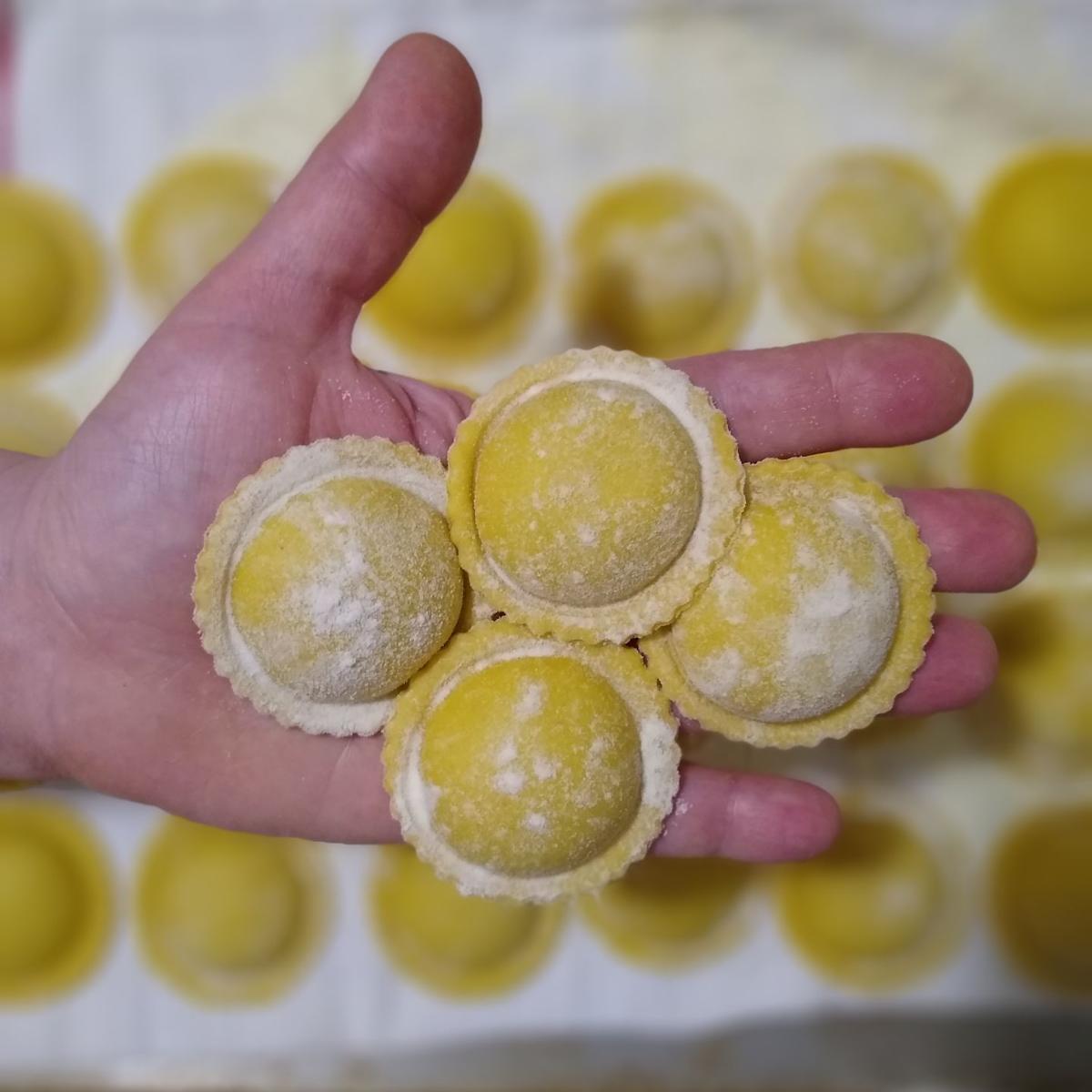 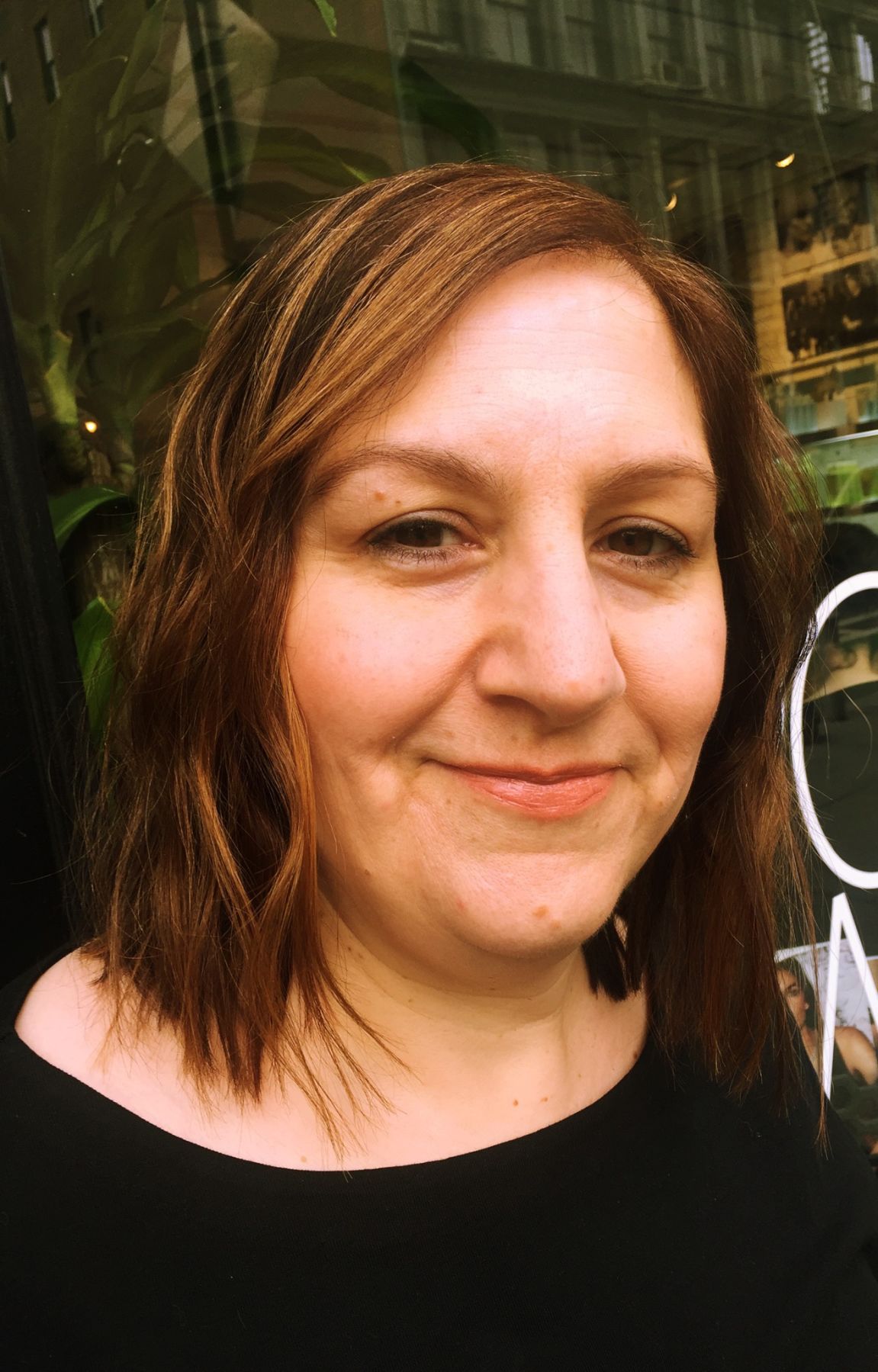 In 2017, longtime restaurant chef Michelle DeChesser packed up her life in Portland, Oregon, landing in Lancaster with the hopes of starting over in a more affordable market.

And now, like hundreds of thousands of restaurant workers across the country, DeChesser, who most recently had been a sous chef at Harvest Seasonal Grill on Fruitville Pike, is out of work due to the coronavirus shutdown. LNP | LancasterOnline spoke to DeChesser in early March, just before Pennsylvania announced its first confirmed case of COVID-19.

Born and raised in Connecticut in an Italian-American family, DeChesser grew up with rituals like “Sunday sauce and meatballs” and big family-style meals with an emphasis on meat and canned vegetables, she remembers. DeChesser described her younger self as obese and recalls how much she struggled with her weight.

But by joining Weight Watchers in her 20s, “I learned to cook, for myself and for my friends, and I learned to cook vegetables,” DeChesser says. One of her early influences was Jeff Smith, the host of the public television series “The Frugal Gourmet,” whom she describes as “a great teacher.” In “forcing myself to cook for myself,” DeChesser, a college graduate looking for direction, wondered if she had the chops to go to cooking school.

At 29, DeChesser enrolled in the two-year associate’s degree program at New England Culinary Institute in Montpelier, Vermont, an experience that would set the stage for the next two decades of her career. Upon graduation in 1999, she landed in Portland, which at the time had a fledgling dining scene.

During her 18-year tenure there, DeChesser cooked in several high-end kitchens, including Wildwood, a celebrated farm-to-table restaurant founded by Cory Schreiber, who won a James Beard award in 1998. (The restaurant closed in 2014.) It’s where she studied under chefs who sourced ingredients directly from farmers and did deep dives on pasta and sourdough bread.

It was the Great Recession that catapulted DeChesser to spend less time in restaurant kitchens. “I felt a strong need to connect to community and also it felt bad to be making food for only a certain income bracket,” DeChesser says. Over the next six years, DeChesser would donate 350 hours as a volunteer chef and instructor for several programs at the Oregon Food Bank, including teaching kids aging out of the foster care system as part of the national “Cooking Matters” program. “I taught them basic skills like how to hold a knife and how to spatchcock a chicken.”

At the invitation of her friend Alex Wenger, an heirloom vegetable farmer in Lititz, DeChesser made her first trip to Lancaster in 2016 and joined him on a pawpaw foraging expedition. Intrigued by the buzz about the “new Brooklyn” as described in the New York Post, DeChesser relocated to Lancaster in 2017.

Women in Food: Christina Maldonado shares her love for Puerto Rican home cooking and a recipe

Just months before DeChesser landed in Lancaster, chef Taylor Mason and his wife Leeann had opened Luca, their seasonally-inspired Italian restaurant on West James Street. “Restaurants only started having full-on pasta programs six or so years ago, so (becoming a full-time pasta-maker) was never a position I could apply for,” DeChesser says. And now, or so it seemed, DeChesser was in the right place at the right time.

While at Luca for just under two years, says DeChesser, she made about 55 pounds of fresh pasta on a weekly basis. “It was my first time working with an extruder,” she says, smiling wide. (An extruder is a device to create different shapes of pasta.) “It’s where I honed my skills and took my extruder pasta to the next level.”

Cooking through the uncertainty

Last fall, DeChesser joined the staff of Harvest Seasonal Grill as a sous chef, overseeing a team of four in the prep kitchen. “We make everything from scratch and do 500 to 600 (meals) on a Saturday night,” she said. “It’s pretty amazing to be able to do high-volume cooking like that and do it from scratch,” noting that much of the produce is sourced from Lancaster Farm Fresh Co-op.

During the imposed quarantine lull, DeChesser keeps up with her pasta practice. She dreams of having her own fresh pasta joint with a changing daily menu, but she cites the strict liquor laws of Pennsylvania as an impediment to opening a food business.

“Without change to the liquor laws,” DeChesser says, “Lancaster is never to going be the new Brooklyn.”

But for the time being, these dreams are somewhat of a moot point. Like so many of us, DeChesser is taking things day by day and cooks to get through the uncertainty.

“I love the repetitive quality of food production,” she said. “Every day is a day to be better.”

“This recipe came from my paternal grandmother Dahlia Ascare DeChesser via my mom,” DeChesser says. “My mom made them every year at Christmas, and I’m pretty sure we were the only two that liked them (most likely because of the combo of cloves and black pepper). In my house they were called Toto Cookies, but I’ve seen similar ones called Tutu or Meatball cookies. I’ve not seen a lot of other recipes call for the ground raisins that are in my grandmother’s recipe, but like any Italian recipe, the recipe for the same item can change a half mile down the road. It means something to me because it’s the only recipe I inherited both from the grandmother I never knew and from my mom.”

1/4 cup finely chopped raisins (can be done by hand, in a food processor or in a nut chopper)

Heat the oven to 350 F. Lightly grease (or line with parchment) two sheet pans. Sift all the dry ingredients together into a bowl. Add the shortening, working it in with your hands until the mixture resembles coarse cornmeal.

Add the milk, raisins and nuts, mixing with your hands until well blended. If the mixture seems too dry, you can add a little more milk, but the dough should just stick together and not be sticky.

Roll into 1-inch balls and place 1 inch apart on the prepared pans. Bake for about 15 minutes and let cool slightly. You can glaze the cookies while they are still slightly warm.

To make the glaze: In a bowl, fork-whisk together the powdered sugar and milk until smooth. The glaze should be just thin enough to coat the top of the cookies.

Dip the tops of the cookies into the glaze and then sprinkle with the sprinkles. Let them dry completely on a baking rack before storing in containers.

Though PSPCA adoptions are on hold, a dog and her pups find love with foster mom

Lucy was a pregnant stray terrier-mix when she arrived at the Pennsylvania SPCA on Sunday, March 30.

Stay-Put Cooking is a frequent kitchen dispatch while you're stuck at home social distancing. Check out the archive for more tips and tricks.

Effects of the pandemic around the world and locally have changed the way we live.

From ‘a day on the bay’ to a trip to Walt Disney World, Schreiber Pediatric Center offers variety in first-ever Pajama Gala

Due to the COVID-19 pandemic, The Schreiber Center for Pediatric Development had to cancel its annual Gala event in March.