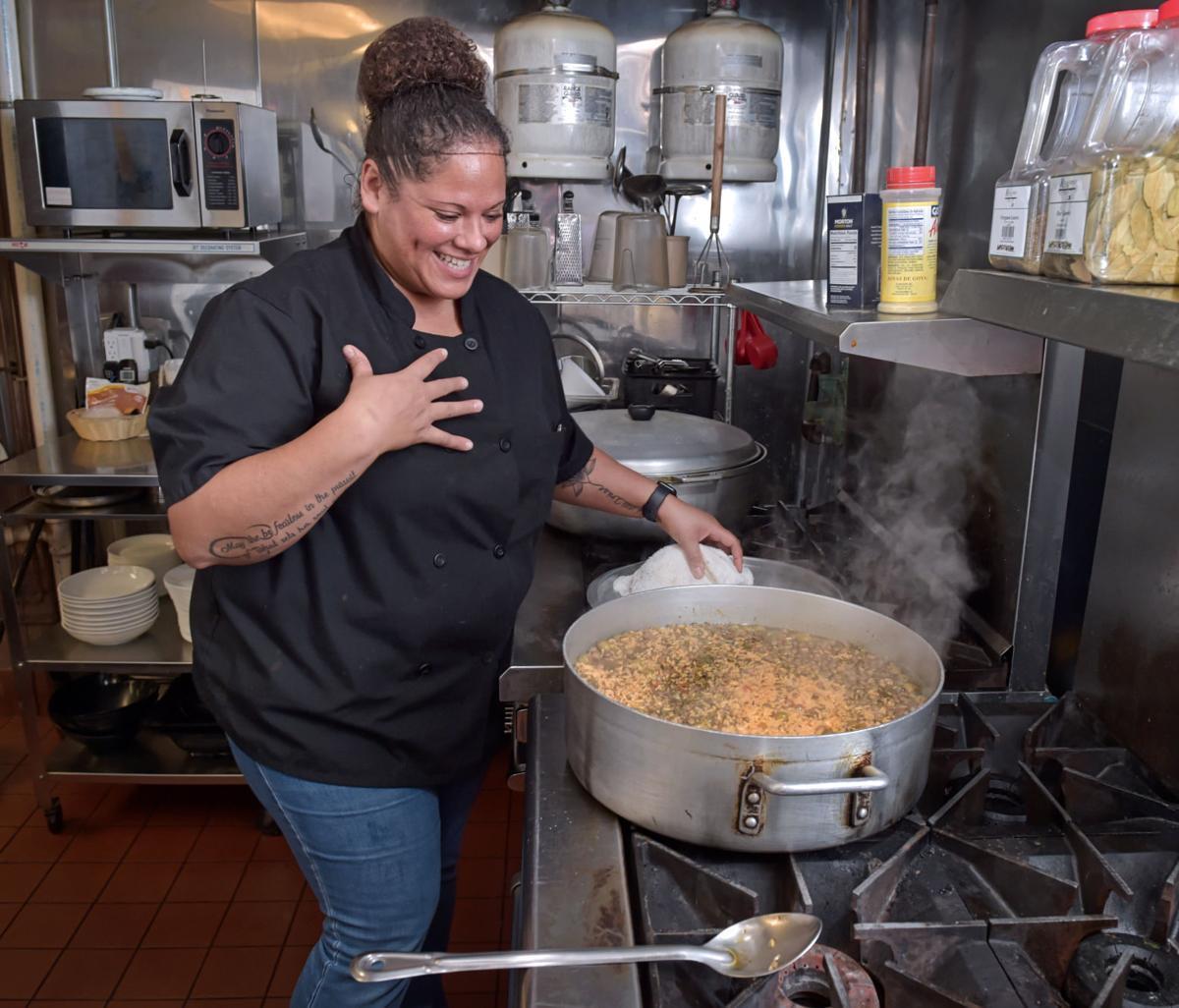 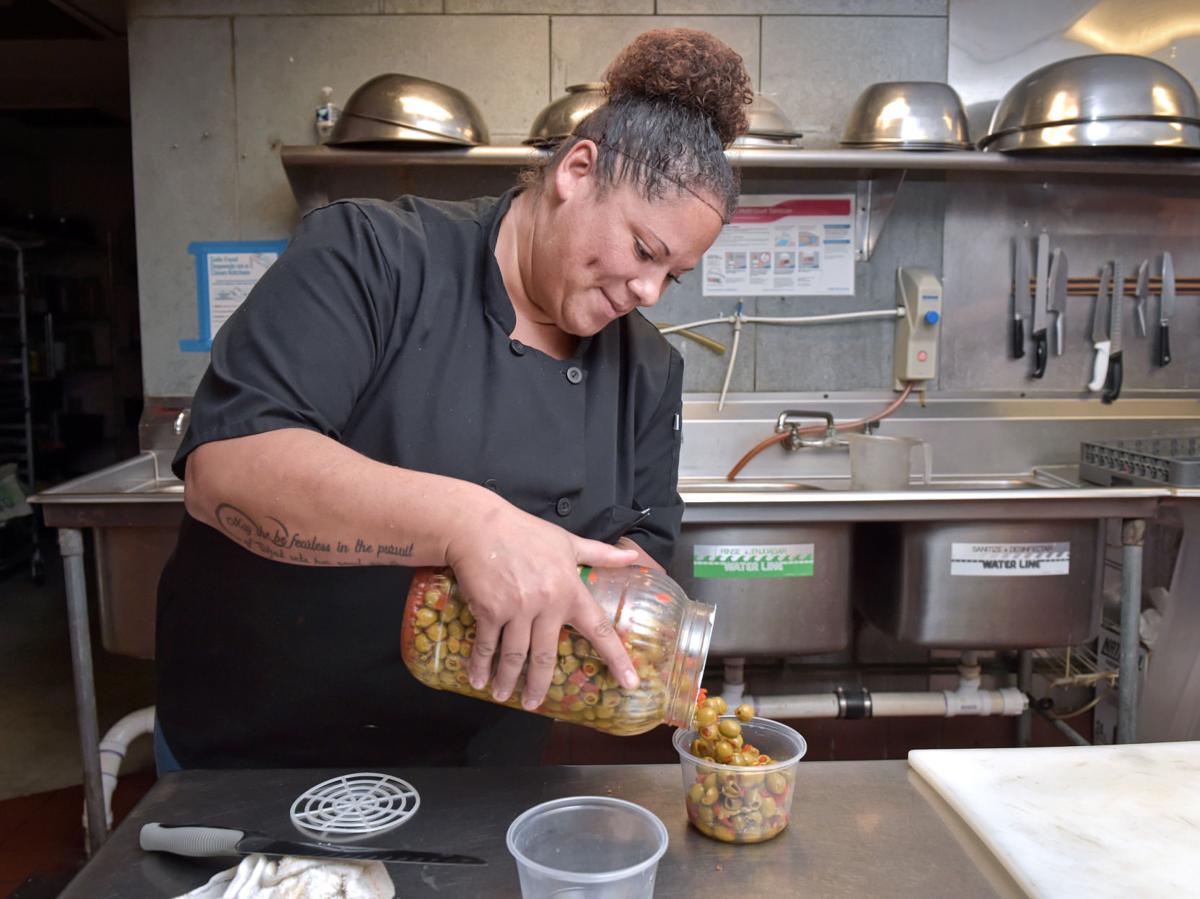 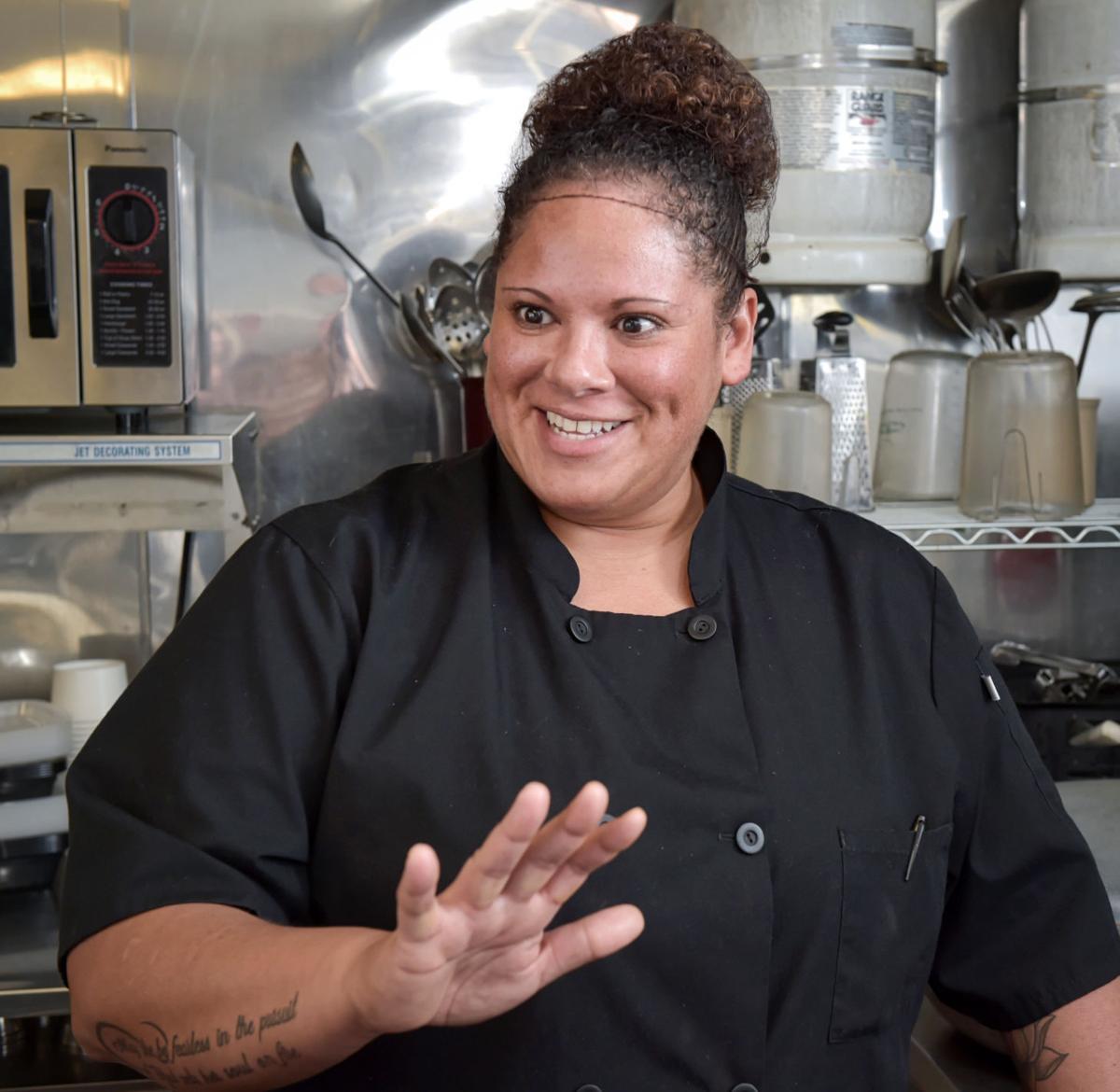 This is part of a series highlighting local women in the food industry. To read more profiles, visit LancasterOnline.com.

As a young girl growing up in Lancaster, Christina Maldonado learned to cook her family’s Puerto Rican recipes, but it would be decades before she would make food her chosen profession. “I learned to cook from both of my parents and from my grandmother, who I used to visit every summer in Puerto Rico,” Maldonado says. “The first thing you know how to cook as a Puerto Rican is rice.”

Upon graduating from J.P. McCaskey High School, Maldonado says that, instead of college, “I just wanted to work.”

She started out as a nurse’s aide in a nursing home, then switched gears to manual labor.

“I went to work for J&J (Johnson & Johnson) in Lititz, which was Pfizer before that,” Maldonado says. “I was a blue-collar worker in a warehouse, driving forklifts and loading trailers, like in ‘Laverne & Shirley.’ ” The money was good, there was room for advancement, and she was there for 11 years.

At 33, Maldonado inched closer to a culinary career, but she wasn’t sure how or what that would look like.

It was on a tour at the Pennsylvania School of Culinary Arts at YTI Career Institute that catapulted her into the next chapter of her life.

“I saw a woman chef talking to a class and watched the kids looking at her,” Maldonado says. “At that moment, I said, ‘Man, I wanna be her.’ I had never seen a female chef before. When I saw her, I said, ‘Yep, I’m doing it.’ ”

She enrolled in YTI’s two-year culinary program, but the financial reality of earning a good-paying job as a chef quickly set in, especially as a single mom.

To make extra money, she turned to what she knew — cooking Puerto Rican food for special occasions, a side hustle that ultimately became her main gig and her passion.

“I made the decision that I’m going to be the first Puerto Rican caterer in Lancaster,” Maldonado says.

A stint in prepared foods at Stauffers of Kissel Hill led to her getting hired at the newly opened Marriott hotel as a grill cook.

She admits that working the line wasn’t her thing, but when she transferred to catering and banquets, Maldonado knew she had found her calling.

Life got in the way of her best-laid plans. In 2010, Maldonado’s 18-year-old son, Frank, died of an accidental overdose.

Whether or not she knew it at the time, Maldonado cooked her way through grief.

Working out of donated space at a commissary kitchen formerly known as Eastside Kitchen, Maldonado prepared Puerto Rican fare that she sold to YTI students for more than a year. She used the money to buy her son a headstone.

This winding and extremely difficult path, says Maldonado, is “how Catering with Christina was born.”

In 2017, she partnered with Sri Dasgupta, owner of Upohar, a food business with a social mission.

Together, their certified B corporation includes a vegetarian restaurant, a catering company and Maldonado’s market stand. Maldonado oversees all the food for their three businesses.

When asked what food means to her at this point in her career, Maldonado at first talked about the stresses of the culinary life, then got quiet.

“I want people to feel at home,” she says. “I could care less for fine dining. I grew up appreciating simple food and lovin’ it, and I had a sense of pride watching my mom and dad cooking simple food for us.”

Then she looked this reporter straight in the eye: “That’s what food does to me.”

“Here’s my version of what was considered a ‘poor man’s meal’ while I was growing up," said Maldonado. "It was, and still is, my favorite Puerto Rican dish! My family enjoys this with a big slice of avocado, some sweet plantains or twice-fried green plantains.”

Place all ingredients in a medium saucepan and bring to a boil. Lower the heat and cover, cooking until the potatoes are tender and the flavors marry, about 12 minutes. Serve with white rice.

Pour the oil in a caldero (cast-iron rice pot). Add the water and salt and bring to a boil.

"Now more than ever," Taco Bell tweeted, we could all use a free taco.

Women in Food: Michelle DeChesser shares her passion for pasta, cooking seasonally and a recipe for Italian cookies

In 2017, longtime restaurant chef Michelle DeChesser packed up her life in Portland, Oregon, landing in Lancaster with the hopes of starting o…