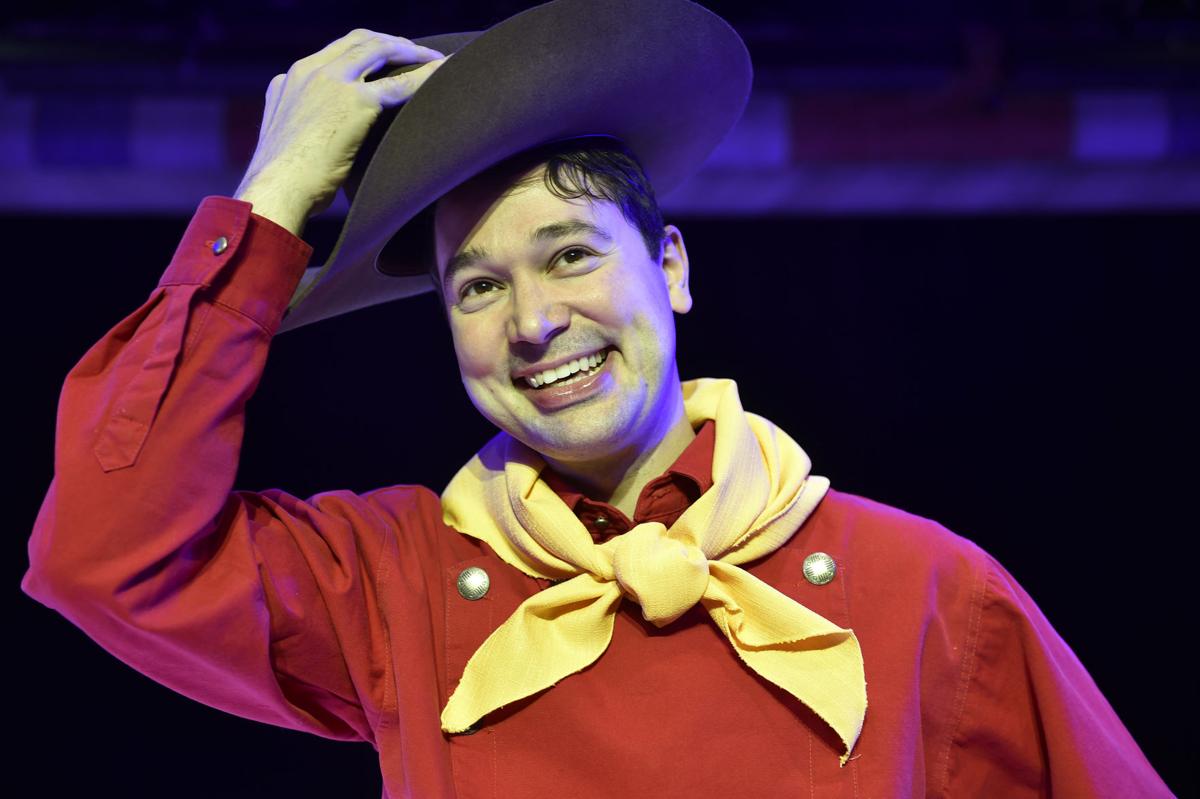 Will Rogers, played by Michael Santora, in "Will Rogers Follies" at the Dutch Apple Dinner Theatre. 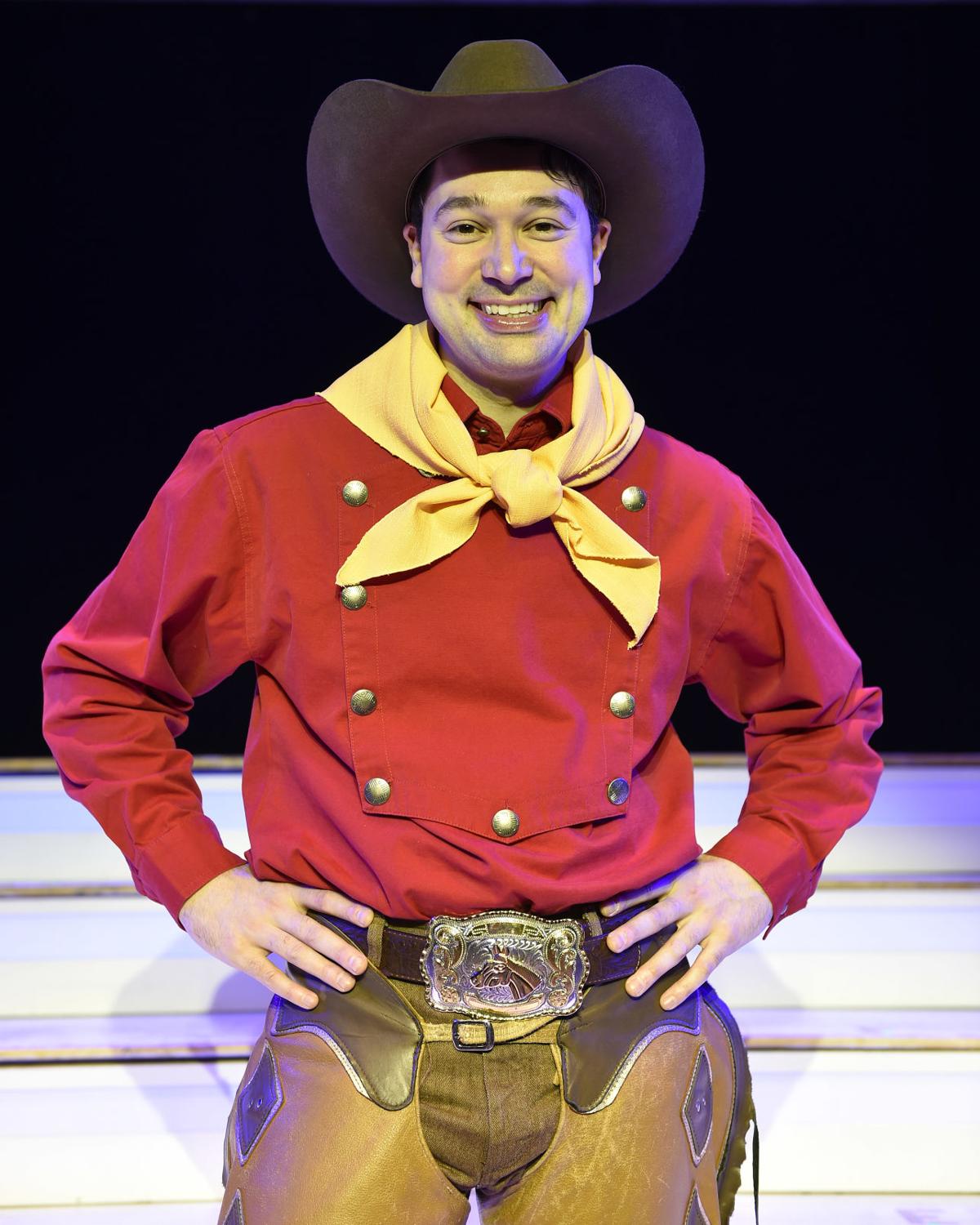 Will Rogers, played by Michael Santora, in "Will Rogers Follies" at the Dutch Apple Dinner Theate. 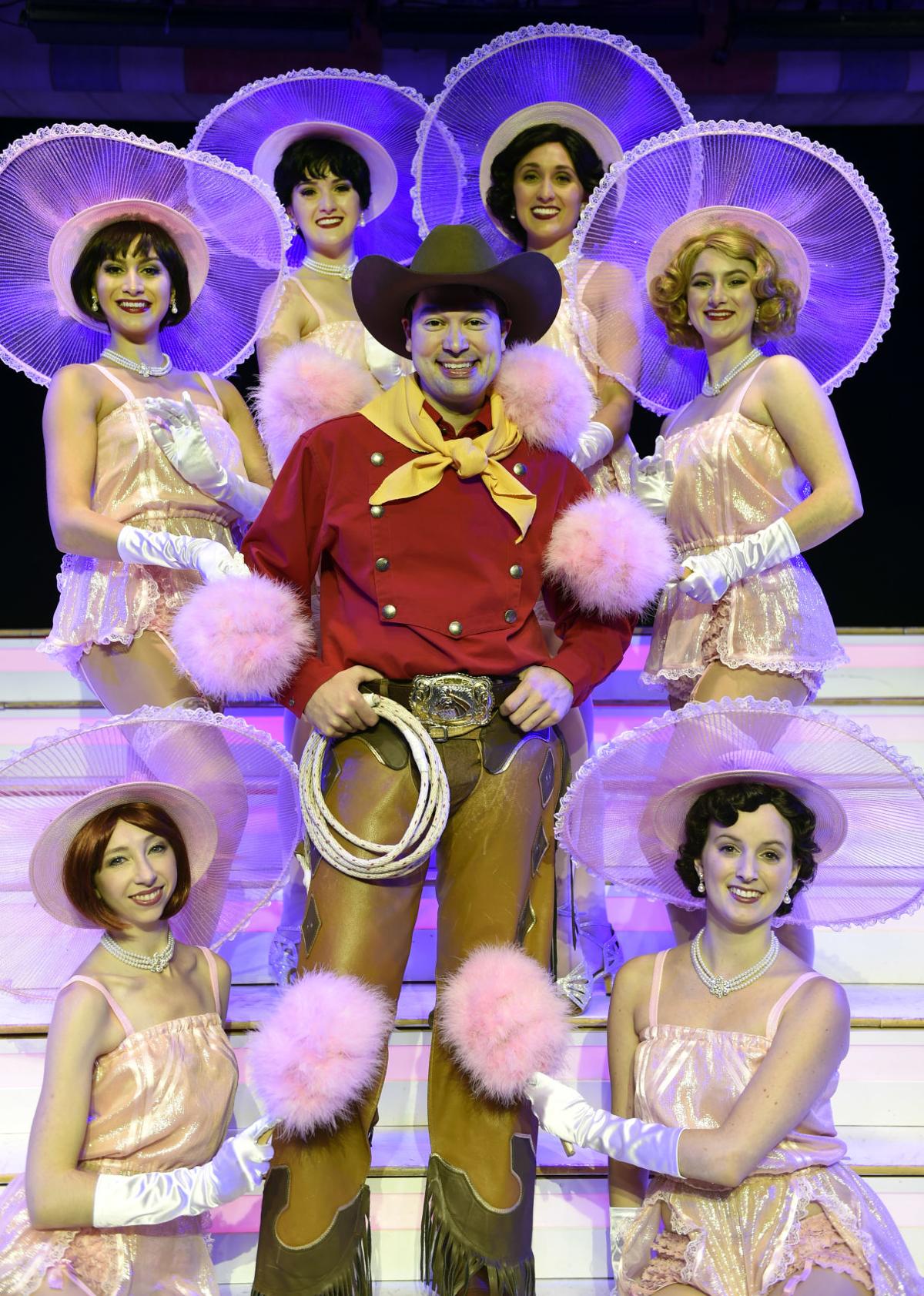 Will Rogers, played by Michael Santora, in "Will Rogers Follies," with the chorus girls. 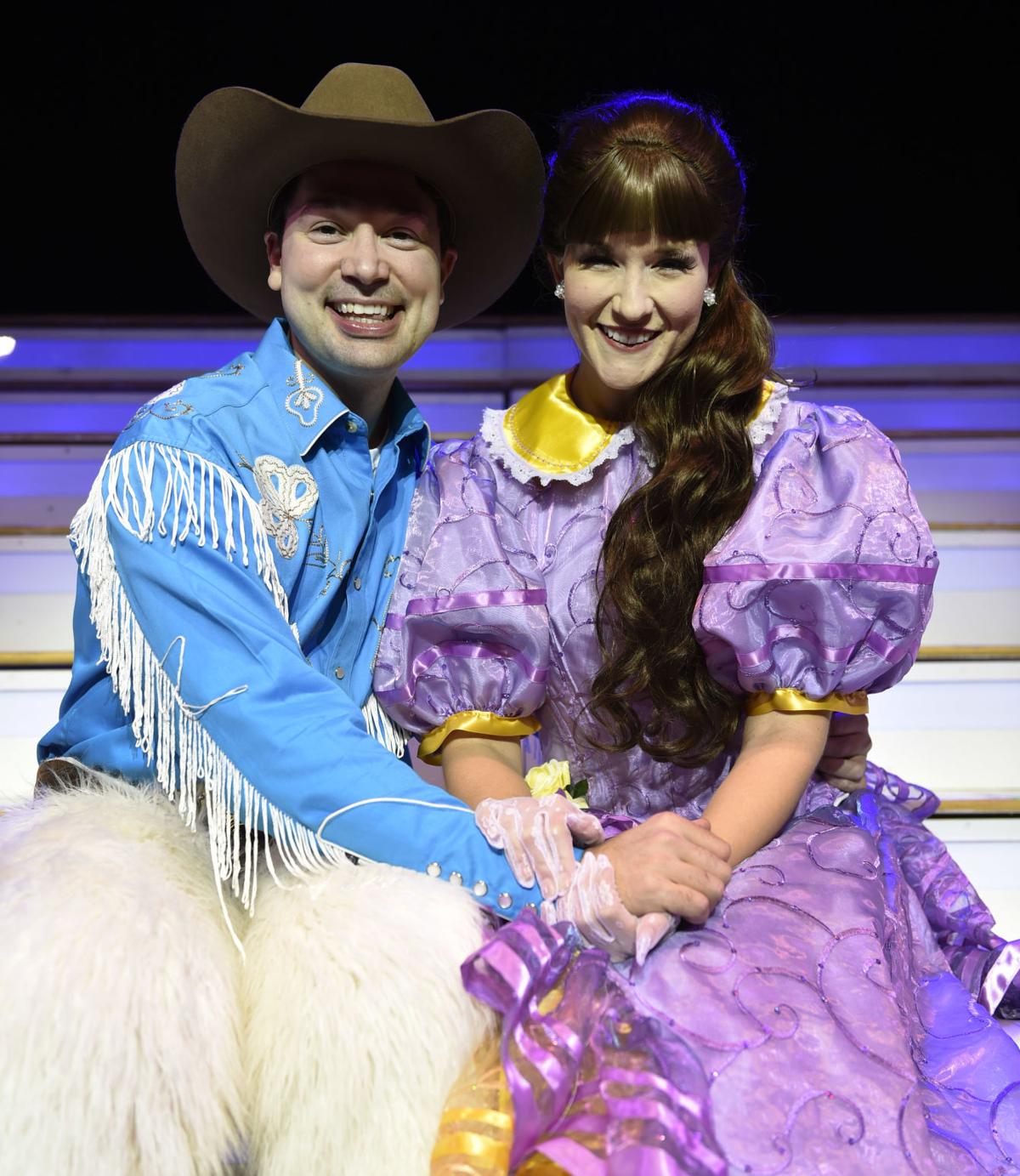 Will Rogers, played by Michael Santora, in "Will Rogers Follies" at the Dutch Apple Dinner Theatre.

Will Rogers, played by Michael Santora, in "Will Rogers Follies" at the Dutch Apple Dinner Theate.

Will Rogers was an incredibly famous and beloved man in 1935 when he was killed in a plane accident with aviator Wiley Post, the first pilot to fly solo around the world.

Rogers appeared in movies, wrote popular newspaper columns and was a sly and witty comedian who joked about politicians, gangsters and any other highfalutin figures of the day.

In vaudeville, Rogers had quite a roping act, which led to a starring gig with the Ziegfield Follies.

And that’s where you’ll find Rogers, played by actor Michael Santora, in “The Will Rogers Follies,” opening tonight at the Dutch Apple Dinner Theatre.

It’s the humble, aw-shucks Will Rogers with a bevy of beautiful Ziegfield Follies girls.

The music for “The Will Rogers Follies” was written by Cy Coleman (music) Betty Comeden and Adolph Green (lyrics), with a book by Peter Stone. It opened on Broadway in 1991.

“The show is a look back at his life,” director Ann Nieman says, noting that it opens with Rogers at the Follies and then goes all the way back to his birth on a Cherokee reservation (he was one-quarter Cherokee).

“There is a vaudeville, funny energy to the show,” Santora says.

Rogers often talks directly to the audience about his life and to Florenz Ziegfeld, who is quite demanding of his star.

For example, Rogers has met Betty Blake, who will become his wife. But their marriage must be delayed because Ziegfield wants to make more of a spectacle of it.

Throughout the show, when Rogers is done speaking, the chorus girls come out and do a musical number.

“Their scenes have purpose, too. “They advance the story along,” Nieman says. “And they are truly flashy.”

She gives the example of Rogers talking about his family. He was the youngest of eight and had six sisters.

The chorus girls do a number as the Rogers sisters.

The fourth wall is broken constantly. For example, his friend Wiley Post comes out frequently and says “Let’s go flyin’, Will.”

“And Will says, ‘not yet, Wiley, I still have some living to do,’ ” Santora says with a smile.

“I was raised this way,” he says. “My mom taught me to smile all the time. I genuinely love people. I say hello, I connect.”

“I got really lucky because this show is exceedingly well cast,” Nieman says.

Santora played Rogers about three years ago and learned how to play the guitar and do rope tricks.

“I had to find a roping teacher. There is only one in New York (where the New Orleans native now lives.) I found him and also watched a lot of video of Will Rogers doing rope tricks.

Santora believes Rogers is easy to play because he is so much like the man in the way he deals with people.

“It’s a very relaxed, easy-going performance,” he says. “I don’t feel like I’m doing a lot of acting.”

Will Rogers is probably most famous for a line he said: “I never met a man I didn’t like.”

But read the entire quote: “When I die, my epitaph, or whatever you call those signs on gravestones, is going to read: ‘I joked about every prominent man of my time, but I never met a man I dident [sic] like.’ I am so proud of that, I can hardly wait to die so it can be carved.”

The irony of those words fit into “Will Rogers Follies,” funny but tragic, a good man gone too soon.

What: “The Will Rogers Follies.”

48 artists to display at show some consider county’s best.

'24 Hour Plays' is theater with a deadline

When you get veterans from 24 Hour Plays together, the pudding lady usually comes up.