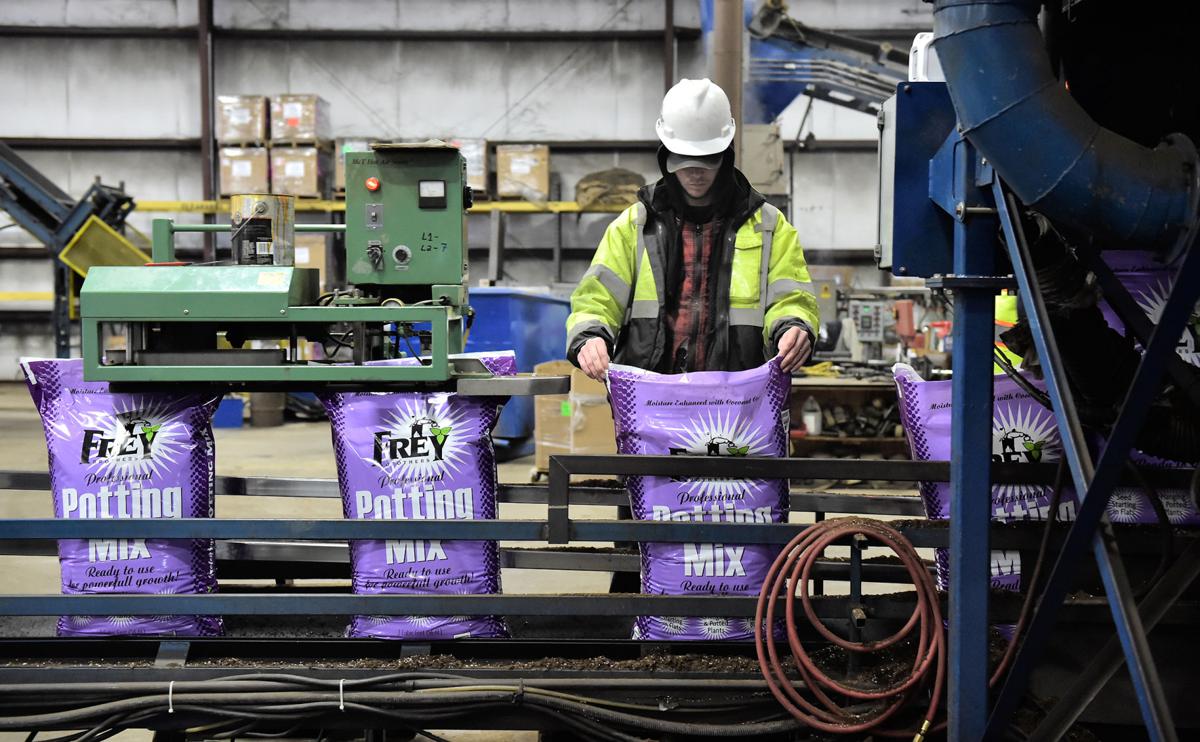 Where does the bagged soil for your garden come from? Frey Group in Lancaster’s southern end makes many soil blends, including its professional potting mix. Jesse Waltman works on the bagging line. 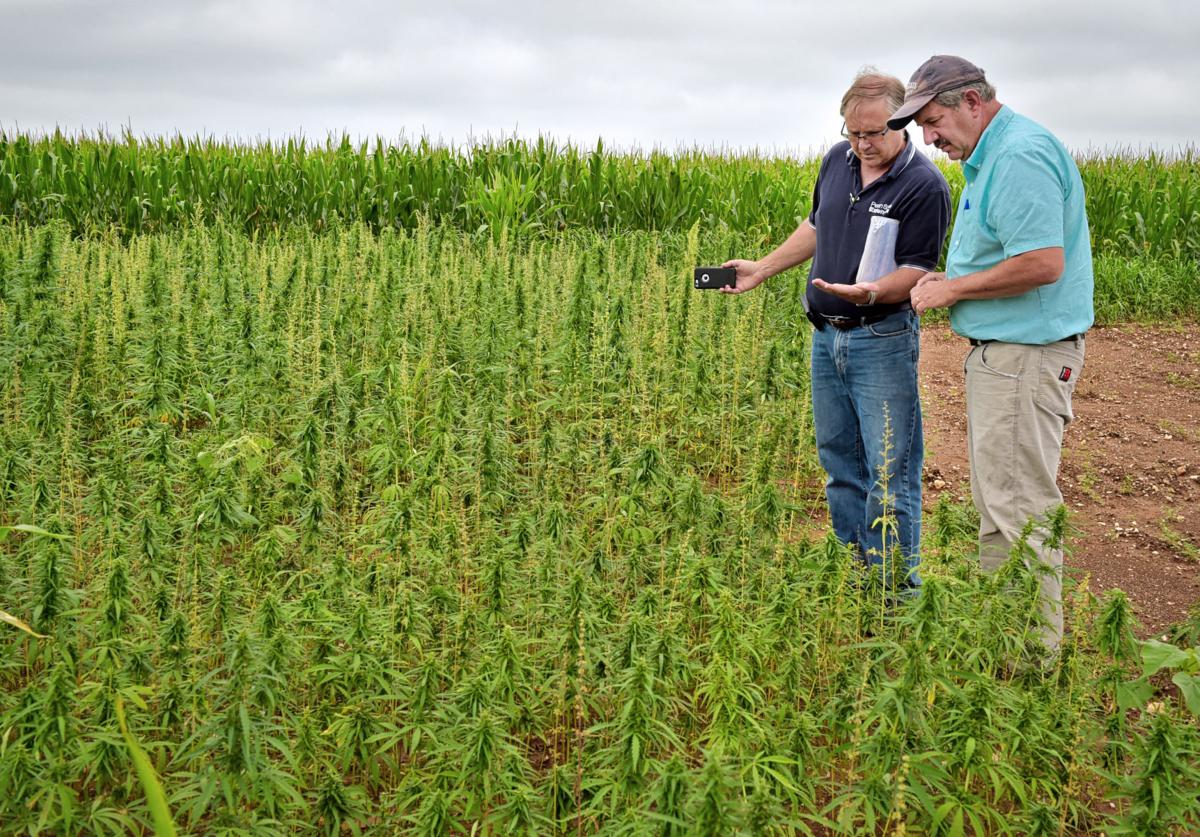 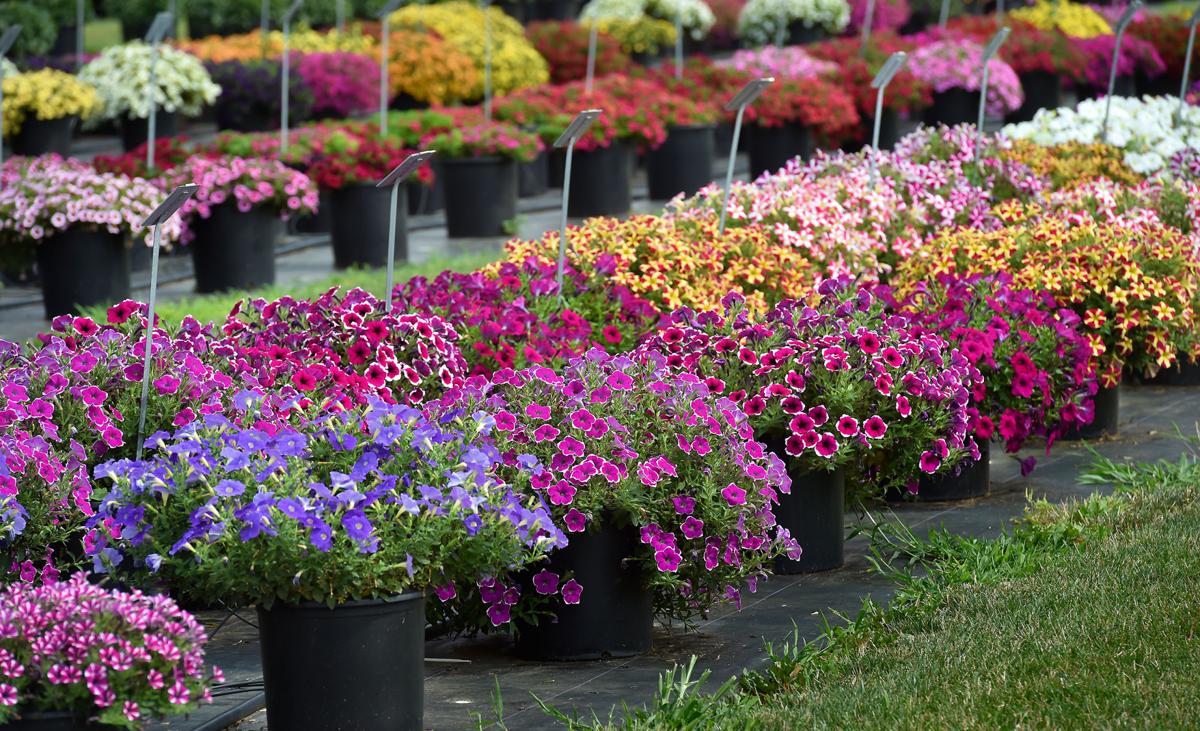 You’ve heard of topsoil and potting soil and maybe even seed-starting soil. Did you know there also are organic soil, vegan soil and soil blends just for hanging baskets or cannabis? Chances are some of the bags of soil in your garden shed are made in Lancaster County. Frey Group in Lancaster’s southern end makes soil and sends it throughout the East Coast and into the Midwest.

It’s a family business that started with a metal shop, added a sawmill and started selling the leftover bark as mulch. Now the third generation is part of the team coming up with new soil blends.

So what exactly is soil?

A guide to seeds: Where to swap in Lancaster County, when to plant and who's keeping heirlooms alive

Soil isn’t dirt. It has nutrients to help plants grow, plus things like beneficial fungi and good bacteria.

At Frey Group’s headquarters in East Drumore Township, the soil starts as towering piles of peat moss, coconut coir, compost, pine bark fines and sand. Some of the materials need to be broken down to the right size. Some need to be aged. Compost, for example, is ready after it’s heated, to kill any internal seeds and pathogens, says Felicia Newman, quality director.

What's in your soil?

While Penn State offices, including the Lancaster County extension offices are closed due to COVID-19, the Ag Analytical lab is still processing soil tests.

Kits can be ordered online for $9 each at bit.ly/SoilTestLanc.

Each soil mix has its own recipe, like Frey’s most popular blend, the professional potting mix found in the purple bag. The soil amendments are mixed with inputs such as fertilizers, bone meal, blood meal, lobster meal and perlite (to lighten the soil). There also are custom blends created to match the needs of a customer’s crop.

Coast of Maine Organic Products, which Frey merged with in 2017, has a custom cannabis mix. Newman has been working with home gardeners in Maine to develop that soil blend. In Maine, medical marijuana has been legal for two decades. Patients and caregivers there can grow several of their own plants at home. Frey has since created its own custom cannabis mix for professional growers.

Two blends go to Penn State’s Southeast Agricultural Research and Extension Center near Manheim. This year, more than a thousand flowers will be evaluated in the flower trials. Some like geraniums will be potted in a mix with a higher pH and others will be planted in a general flower mix, says Sinclair Adam, flower trial director.

Inside the Lancaster County greenhouses of Green Leaf Plants, where more than 20 million starter plants are grown [video]

The recipes for these blends are tweaked regularly to meet the needs of the plants. Adam likes that he can contact Frey and make those changes easily.

More mixes are in the works. Peat lightens the soil, holds moisture and improves soil structure, according to Oregon State University. However, peat takes hundreds of year to form. Frey hears from customers concerned about using an unrenewable resource. So the business is looking into designing peat-free mixes along with vegan mixes made without animal byproducts, like blood meal or cow manure in compost.

Not all types of soil are just right to grow flowers and food. Here is a sampling of amendments to improve soil.

From a metal shop to mulch

Making soil is the latest pivot for the business Dustin’s grandfather started in the 1960s. Ernie Frey started the business next to the family farm. There was a construction company and a metal shop that specialized in cattle equipment. He added a sawmill and started selling the byproduct, mulch. That took off, and by the mid-1990s, the company shifted to making mulch. Later they added soil mixes.

The business merged with Coast of Maine in 2017. After the merger, Frey went through the process for its products to become listed with the Organic Materials Review Institute, a nonprofit that monitors organic products. Now, the Lancaster operation makes conventional soil mixes and organic mixes.

Some is bagged and sent from Maine to South Carolina and as far west as Illinois. Some is sent by the truckload to customers, and some of the materials simply blow away in the wind. The company lately has been using a drone to measure the size of the piles of soil, mulch and inputs, Dustin says.

The soil goes to garden centers for sale to home growers. It also goes to large-scale growers in their own greenhouses.

Production ramps up in April and May to send out fresh soil throughout the region, says Ernie Frey Jr., operations manager.

After a busy spring, the company plans to make a few changes to help the environment. A new bag will include plastic made from sugarcane. Another bag will be recycled through Terracycle.

“I’m not a big fan of the plastic use, and I know our industry is a big one for it,” Dustin says. “So it’s nice to see that we’re doing something to help clean it up.”

What's in your soil? How to get it tested

A walk through town: Families, coronavirus and togetherness

Earlier this week, Pennsylvania Secretary of Health Dr. Rachel Levine addressed concerns about how religious leaders can care for their congre…

Miller's Greenhouse in the Landisville-area is a wholesale grower that opened the greenhouse doors.