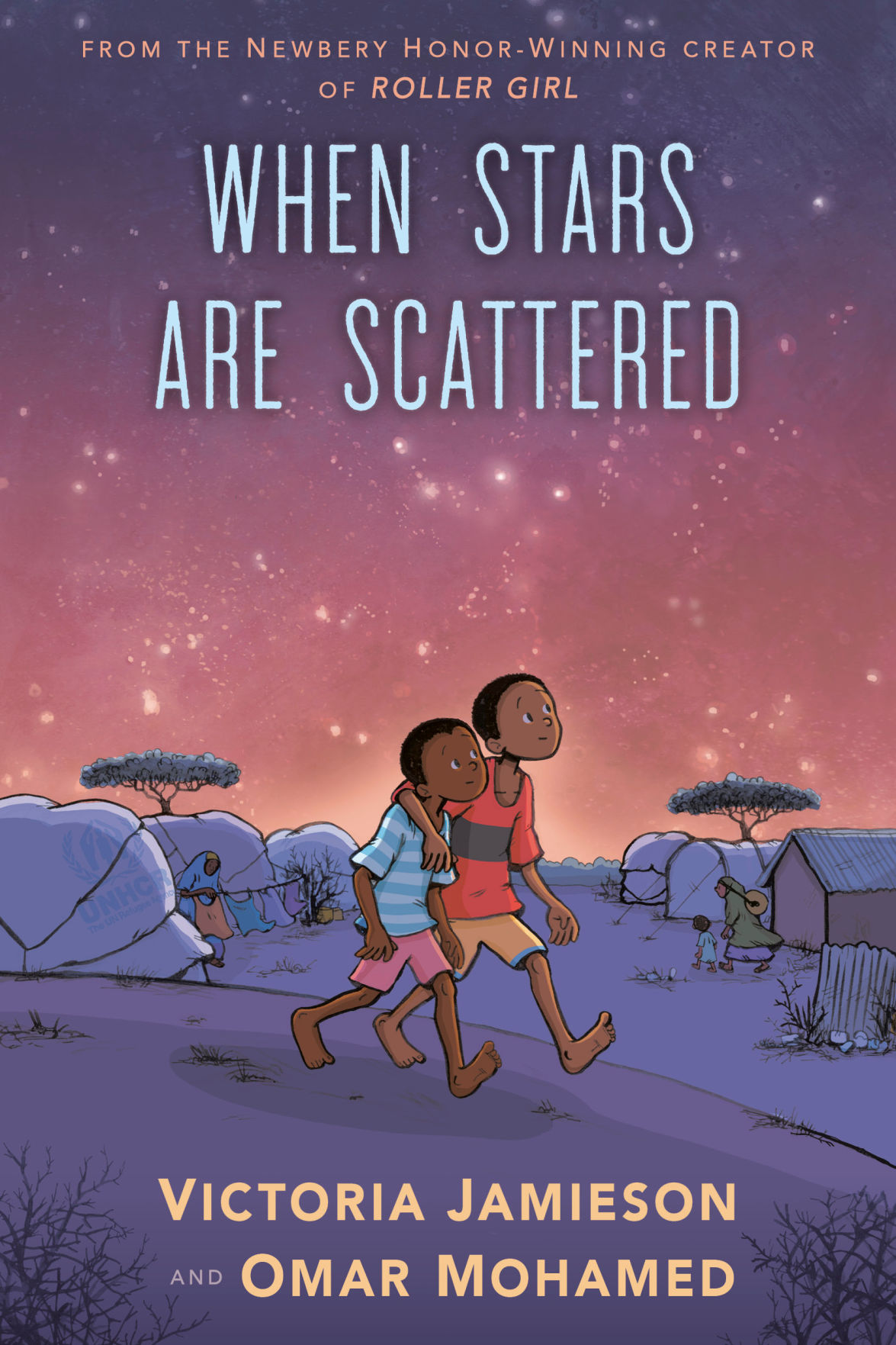 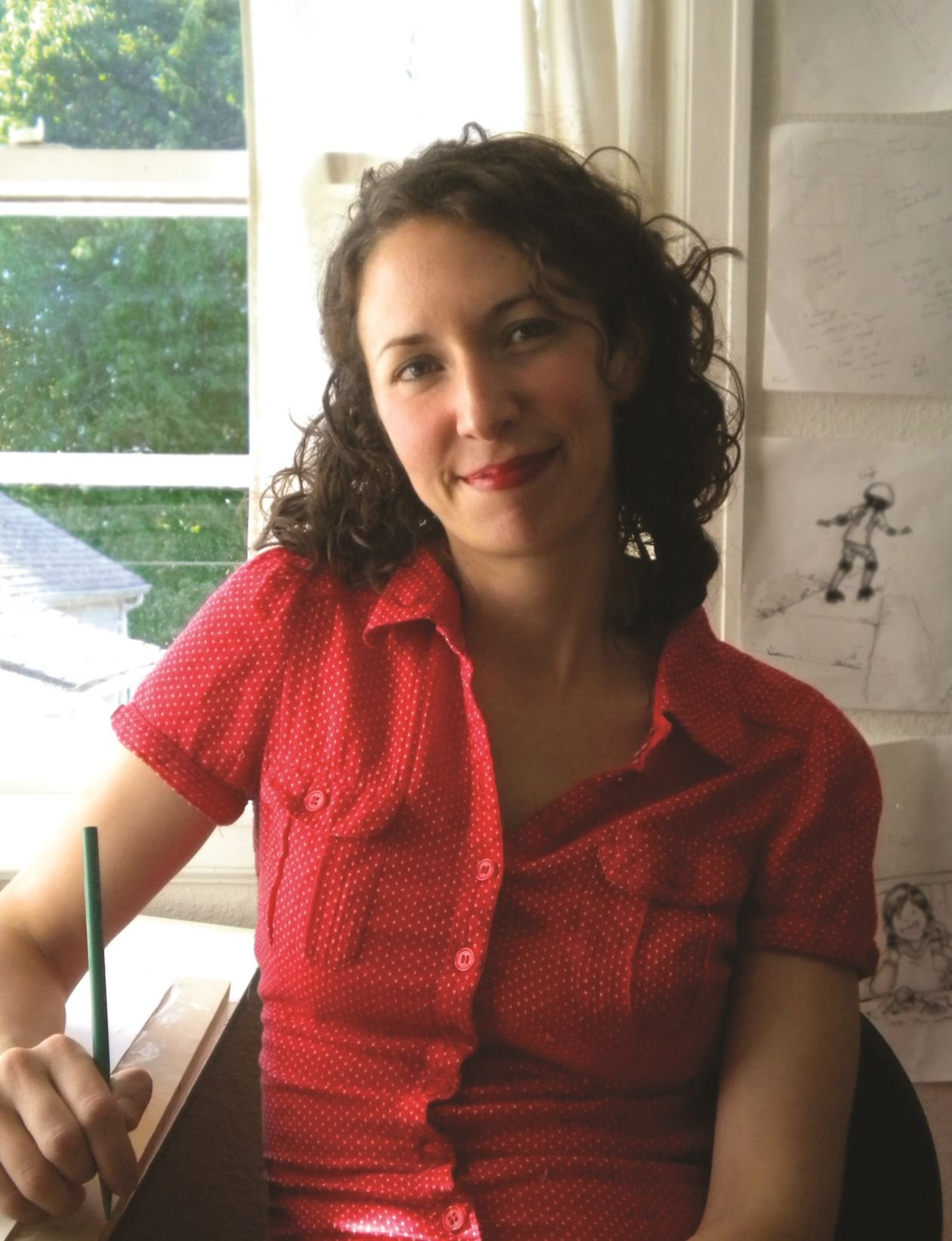 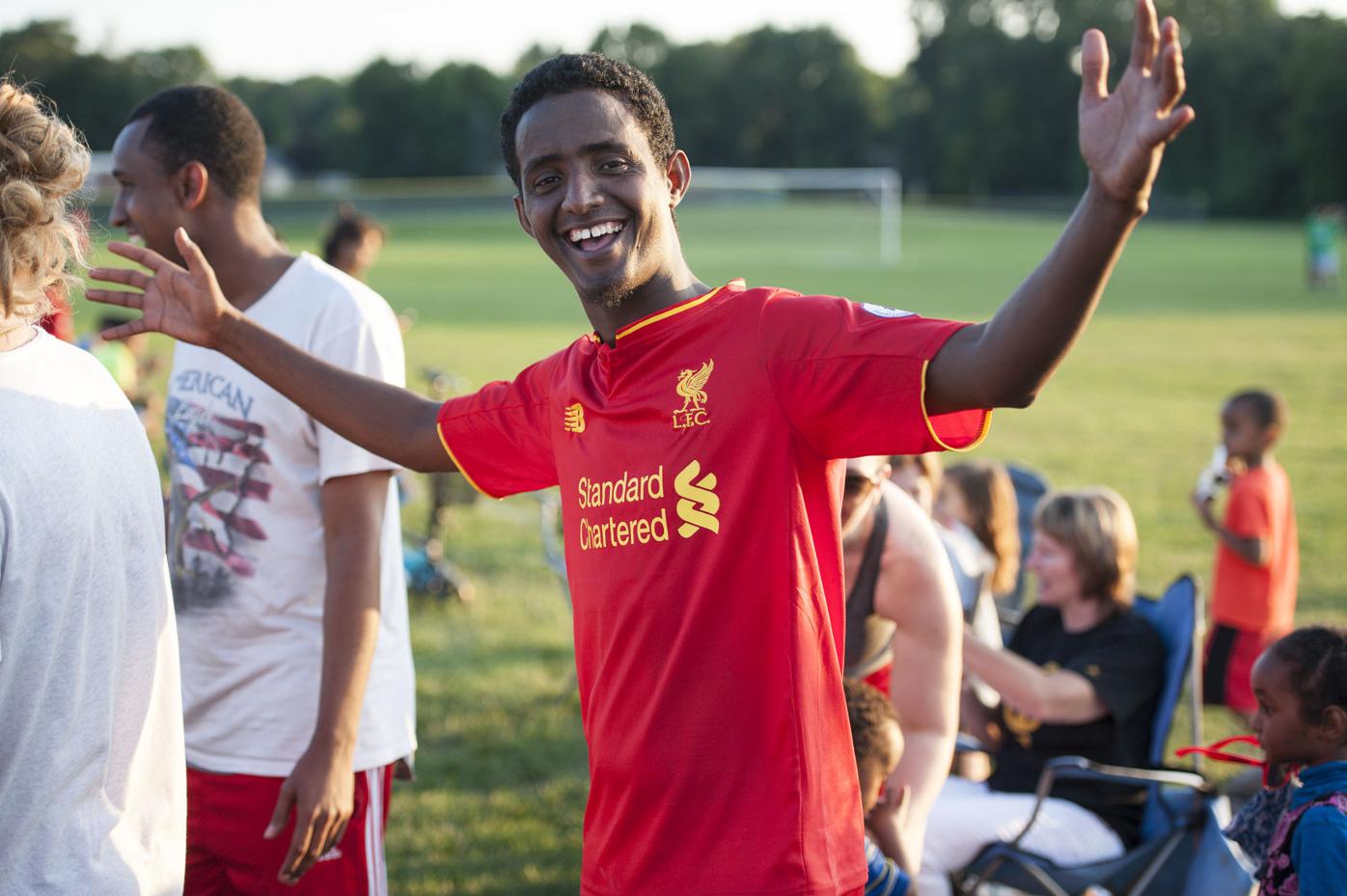 Omar Mohamed came up with the idea for a refugee soccer tournament. 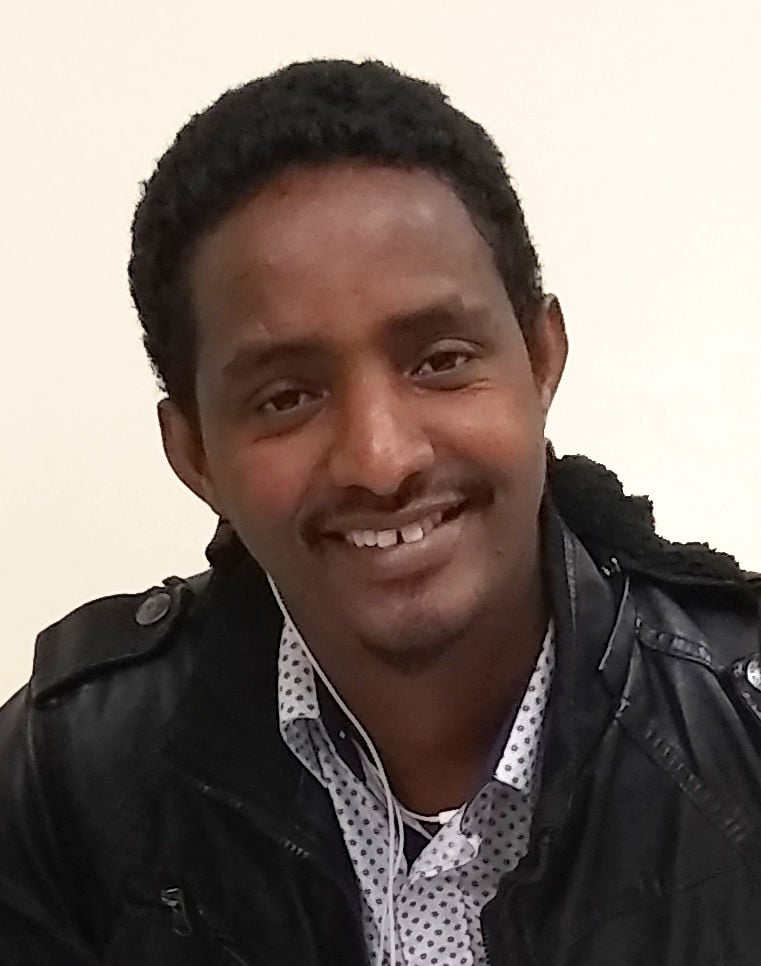 Think back to when you were 4 years old. Picture playing outside. Picture your father.

Now picture him being killed by soldiers. Imagine fleeing with your younger brother, through the African bush amid hyenas, snakes and big cats, alone in a group of strangers, separated from your mother and sisters. Imagine walking for three months, arriving at a refugee camp and spending the next 15 years there.

Imagine finally, after years of struggle, years of waiting, years of heartache, getting the opportunity to resettle somewhere safe.

You arrive with nothing. You know no one. You have to start again.

Imagine, after all of this, a stranger telling you to go back to where you came from.

This is the story of Omar Mohamed. It’s a story familiar to millions of refugees.

Omar Mohamed, along with the Newbery honor-winning children’s author Victoria Jamieson, told his story in “When Stars Are Scattered,” a children’s graphic novel released last month from Penguin Random House.

“I wrote this book to educate people about who these refugees are,” says Mohamed, who now lives in Lancaster. “Refugees are human beings like me and you. They have been through a lot. No one chooses to be a refugee. When you hear ‘go back to where you’re from,’ that goes back so far. It goes back to those who raped your mom, those you raped your sisters, those who killed your parents.”

Mohamed was born in Somalia. In 1992, when Mohamed was just 4 years old, he and his brother Hassan, were part of a wave of hundreds of thousands of Somalians that were forced to flee their homeland due to civil war. The United Nations Human Rights Council estimates that by 2013 there were nearly a million Somali refugees.

All that horror, including his father’s murder, his separation from his mother and sisters, the tigers, the snakes, and the three months of walking through the bush – that all happened to Mohamed and younger brother Hassan, a person living with intellectual disabilities and virtually no verbal communication.

“By the time we came in (to the camp) me and my brother were skeletons,” Mohamed says. “We were almost dead. That was how most of the refugees were.”

The ones who made it, that is.

“We always talk about the refugees who make it to the end,” Mohamed says. “But there are millions of people who lost their lives while taking refuge.”

'When Stars are Scattered'

“When Stars are Scattered” tells the story of Mohamed and his brother when they lived at the Ifo refugee camp – known as an “open prison” by the refugees – in Dadaab, Kenya. The brothers spent 15 years in the camp, struggling with the lack of food and medicine, battling boredom of daily life there, and wondering if their mother was still alive. Mohamed, with the help of an older woman named Fatuma, cared for his younger brother while also going to the school in the camp.

The book presents these harsh realities with a human touch. There are tender and poignant scenes of Mohamed's hardships and hopes, panels depicting scenes at school that children everywhere can relate to and even humorous moments that young readers will be able to appreciate.

This is largely due to the skill of illustrator and author Victoria Jamieson.

Jamieson, author of the award-winning children’s book “Roller Girl,” was looking for an opportunity to use her background as a graphic novelist and passion for volunteering to help refugees. She met Mohamed through a chance encounter at Church World Service and found out he was looking for a co-author for a memoir. They eventually began collaborating on the graphic novel.

“As I was drawing those scenes, I was looking at my son,” Jamieson says. “There are scenes where they’re sleeping on the ground and I’m thinking of my son and how he sleeps in his bed. Drawing that really drove home that these kids are the same age. Why does my kid have a bunk bed – not just one bed, but two beds and some kids have nothing?”

After years of waiting, working, and hoping, Mohamed and his brother were finally resettled in Tucson, AZ.

“Once I came over here I was very excited and happy, but still it was a struggle in the first two or three years,” says Mohamed. “You have to start from zero. The housing, the food, the people, the language, the culture, everything is different. I had zero things.”

Eventually Mohamed got a job as a pool cleaner at a luxury resort where Tiger Woods played golf. For 15 years Mohamed survived on one, maybe two small meals a day. He had one set of clothes. He played soccer with a ball made from plastic bag. At his resort job, he witnessed firsthand the opulent lifestyle of the wealthiest of Americans.

Mohamed attended the University of Arizona, and later moved to Lancaster with his wife Sarura (who he met in the refugee camp),  their five children and Hassan. (Hassan is now back in Kenya, where he has reunited with his mother.)

“Once I asked Omar how he sees his professional future,” wrote Mohamed’s supervisor Valentia Ross in an email. “He was quick at replying that his future is linked to his past, and that his work will always focus on widening opportunities for other children who, like himself growing up, are stuck in a life of limited means and limitless hope.”

Mohamed acts as a liaison between refugees and all the various systems they have to move through in order to survive.

“I know where they’re coming from,” says Mohamed.

Mohamed credits Lancaster for embracing immigrants and refugees as a sanctuary city.

“I always tells people remember you came to this country one time,” Mohamed says. “We just happened to be the last people that came in. Someone else let you in, so don’t close the door from us.”

There is a moment in “When Stars are Scattered,” when young Mohamed receives a gift. A notebook and a pencil. To some kids, this wouldn’t be a big deal, to Mohamed it represents an opportunity to learn and to maybe one day be able to leave the refugee camp.

Now through his own non-profit organization, Refugee Strong, Mohamed aims to empower refugees through education. He returns to the camp in Dadaab once a year to bring books, school supplies, toiletries and other items to the refugees still leaving there – including Fatuma, the woman that helped raise him and his brother. Some refugees will spend their entire lives in the camp.

Mohamed used his education to help others and filled a book with his story, and hopes it will encourage people to learn more about refugees and help their cause. Somalia is still not safe to return to.

“I’m the voice for the voiceless,” Mohamed says. “This book is for those that are still in the refugee camp, who can’t share their stories. This is one of their stories.”

Visit refugeestrong.org to learn more and to donate.

Church World Service soccer tournament is its own World Cup

This year’s Author’s Luncheon, which brings a well-known author to Lancaster County and raises much-needed funds for its public libraries, was…

With everyone home, many people are becoming first-time pet owners during the coronavirus pandemic. Adoption and foster rates are up all over …

The organizer of the Lancaster Zine Fest has canceled the live event and is now giving away 500 free zine-making kits.

Born right after 9/11, school-bound during Great Recession, graduating in midst of pandemic: Meet the county's class of 2020

Omar Mohammed's poignant look at life in a refugee camp was nominated for a National Book Award.