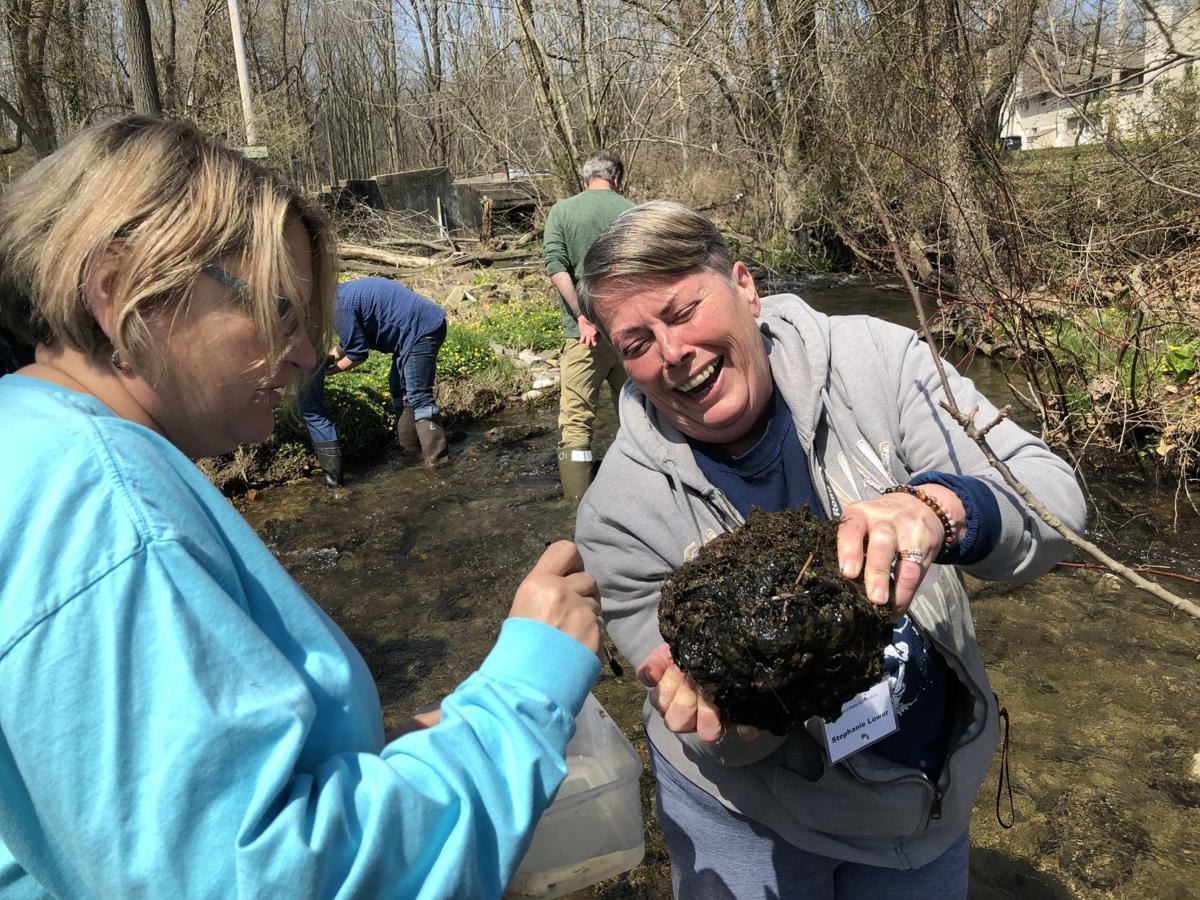 Liz Martinec and Stephanie Lower, master watershed stewards, dig into a stream. The program is coming to Lancaster County this spring. 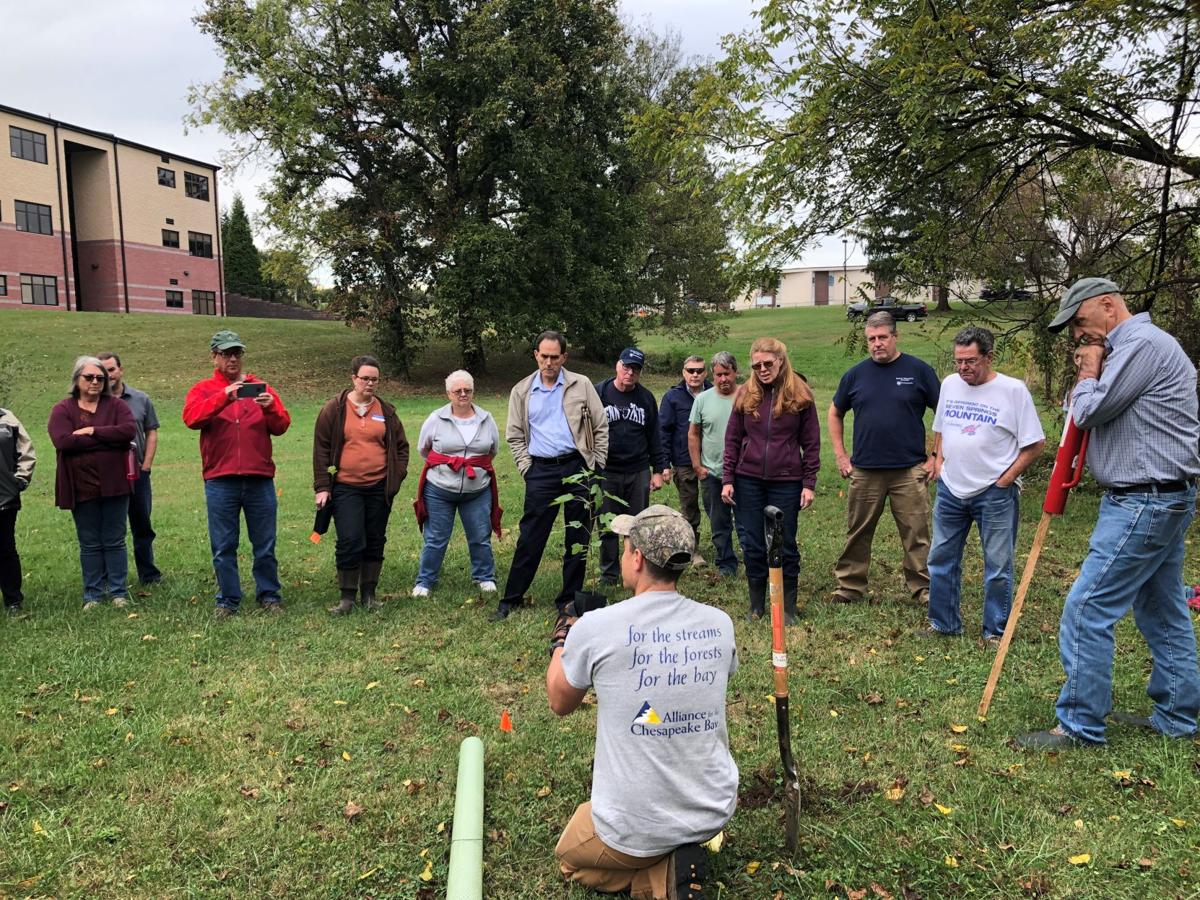 Master watershed stewards learned tree-planting tips from Ryan Davis of the Alliance for the Chesapeake Bay. 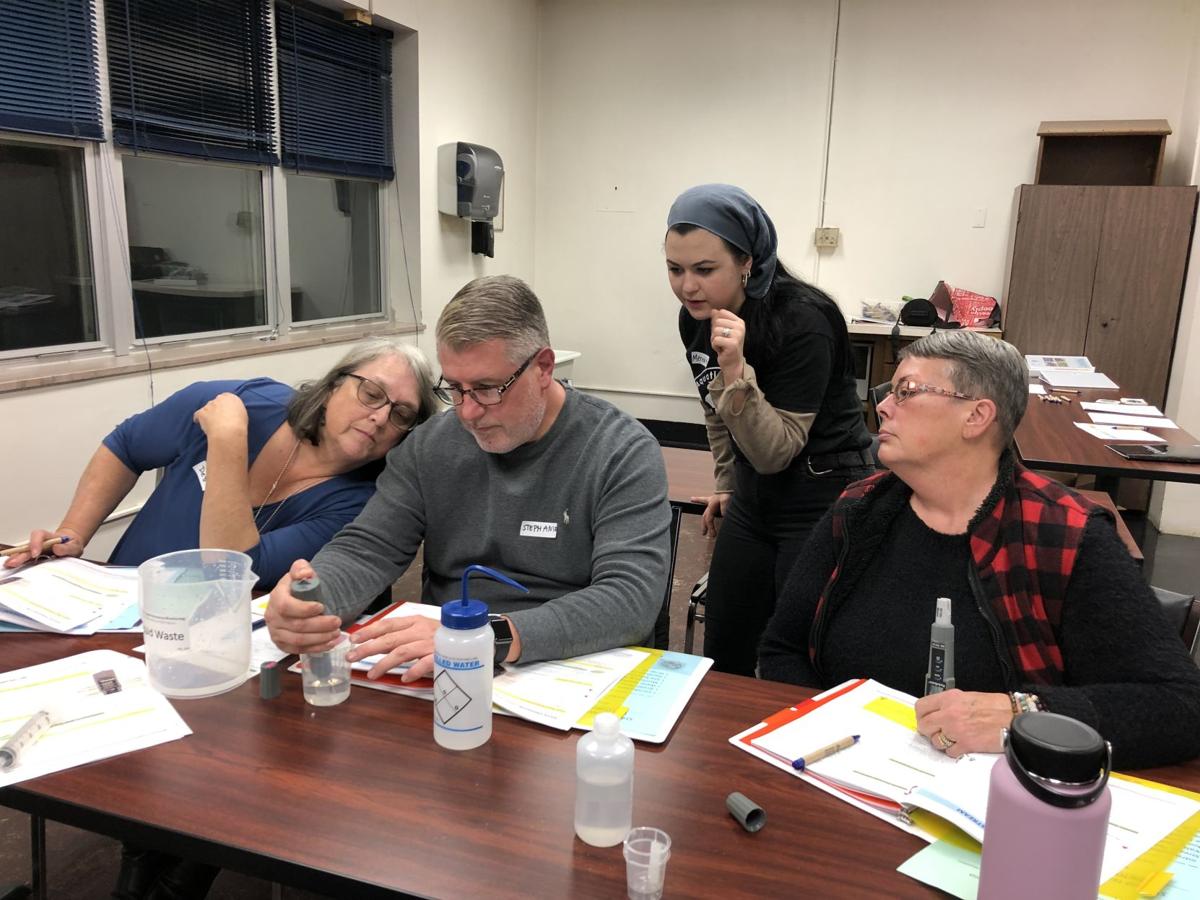 Master watershed stewards in York County learned about stream monitoring in their training.

Liz Martinec and Stephanie Lower, master watershed stewards, dig into a stream. The program is coming to Lancaster County this spring.

Master watershed stewards in York County learned about stream monitoring in their training.

A new round of training for the Master Watershed Steward program will be held virtually, starting in March 2021. The Lower Susquehanna region covering Lancaster, Lebanon and Dauphin counties, will hold an online open house Wednesday, Jan. 13 at 6:30 p.m.

Pennsylvania has more than 86,000 miles of rivers, streams and creeks, second only to Alaska.

That’s a lot of freshwater streams and rivers to protect, repair and monitor.

The master watershed steward program hopes to train more volunteers to protect this vital natural resource. Launched six years ago in Pennsylvania, the program is now coming to Lancaster County. Organizers want to recruit about two dozen people to learn more about water and spread the word.

Water quality isn’t a new topic for communities surrounding the Susquehanna River. Pennsylvania has been pushed to do more to clean up the Chesapeake Bay for years. Just this week, Chesapeake Bay Foundation said it is considering suing to force the state to meet nitrogen-reduction targets. Cleaning up all of that pollution might sound like an overwhelming task, but change can start in our backyards.

Stephanie Lower, a master watershed steward, sees teaching moments even when she’s walking her dog in her Mountville neighborhood.

“If I see trash washed into the storm drain, I’m like, ‘Hello? Do you know where that’s going?’” she says.

She’s new to the program, but so far has helped plan a rain garden at a York city school. Lower will start monitoring a creek this month. She also joined a group of dozens of children and adults to plant trees along a tributary of the Susquehanna River.

They’re also helpful in spreading the word on small steps people can take to protect waterways, such as adding native plants, putting up a rain barrel and disposing of chemicals properly.

Casey Clauser, master watershed steward program coordinator for Lancaster, Lebanon and Dauphin counties, will explain the program in an information session in Lancaster County Tuesday, Jan. 21. Penn State Extension staff then will accept applications, conduct interview and select a class of 20-25 people from the three-county region.

While the program is geared to adults, it is open to teens under age 18 but they must be accompanied by an adult, Clauser says. There is also a $125 fee for those in the program.

The group will meet weekly, Tuesdays from 6-8:30 p.m., from March through May. The location of the training will be decided after staff know where the class lives. There will also be at least one Saturday field trip to a local water testing company.

What color is 'calming like a sea breeze'? Test your knowledge of 2020's colors of the year [Quiz]

Each regional program partners with local groups and businesses to provide expert speakers on topics such as invasive plants, stormwater management, stream ecology and water recreation.

After the training students needs to pass a test, contribute to a group project and volunteer 50 hours through the end of the year to become a master watershed steward. Then, each steward must volunteer 20 hours annually and spend 10 hours on continuing education.

The training is educational. It’s also a way to connect with others over a common interest. Sulpizio loves to see people connect across generations and over a wide range of careers, from bankers to preschool teachers.

The program isn’t meant to compete with existing environmental groups, Sulpizio and Clauser say, but rather train more volunteers for the ongoing work of those groups.

Clean water and conservation is such a huge issue in Lancaster County and the region, Lancaster Conservancy is supportive of training to get people involved and engaged, says Fritz Schroeder, senior vice president of community impact.

While the first training has yet to start, Clauser says he would like to repeat the sessions annually for a few years.

What: Learn more about the master watershed steward volunteer program at a free information session.

7 Pennsylvania home and garden shows to check out in 2020

Here are seven garden and home shows to check out this winter and early spring.

It took 3 generations and 7 years to renovate this Maytown log home [photos, video]

It took about seven years of time scraped together after work and on weekends for three generations of the Nells to rehab this log home.