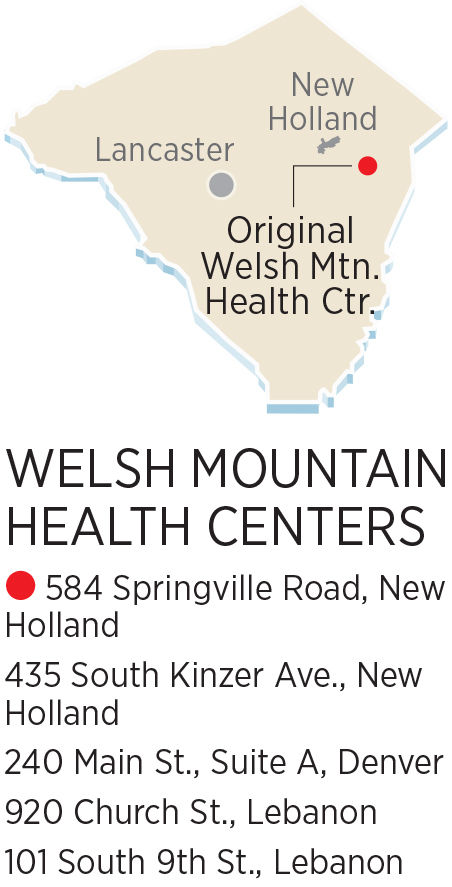 The original Welsh Mountain Health Center's New Holland location began as two FEMA trailers and expanded to include a conference room and lobby and now provides dental care. Originally the organization served 300 people, now it serves more than 15,000 in five locations in Lancaster and Lebanon counties. 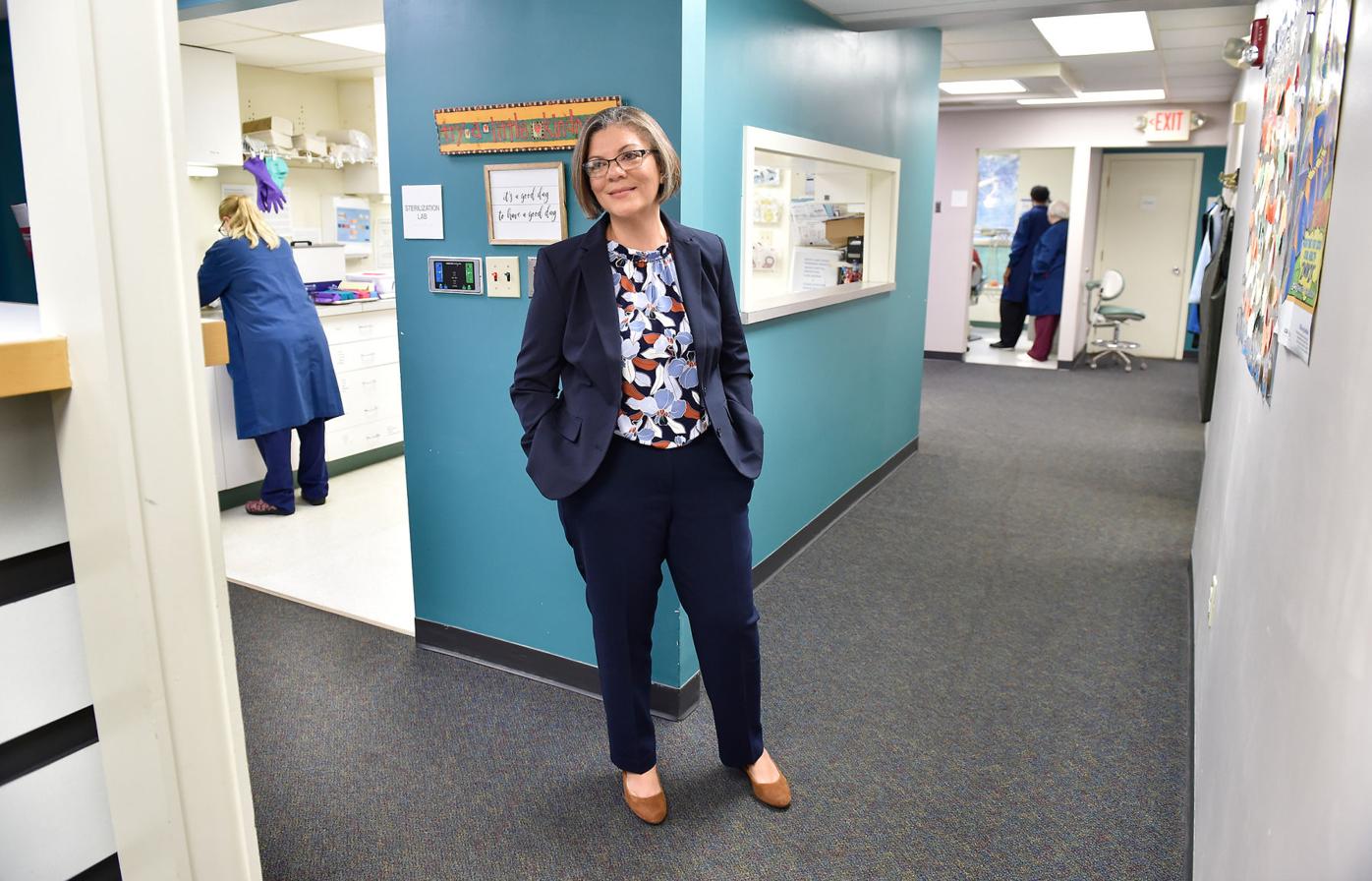 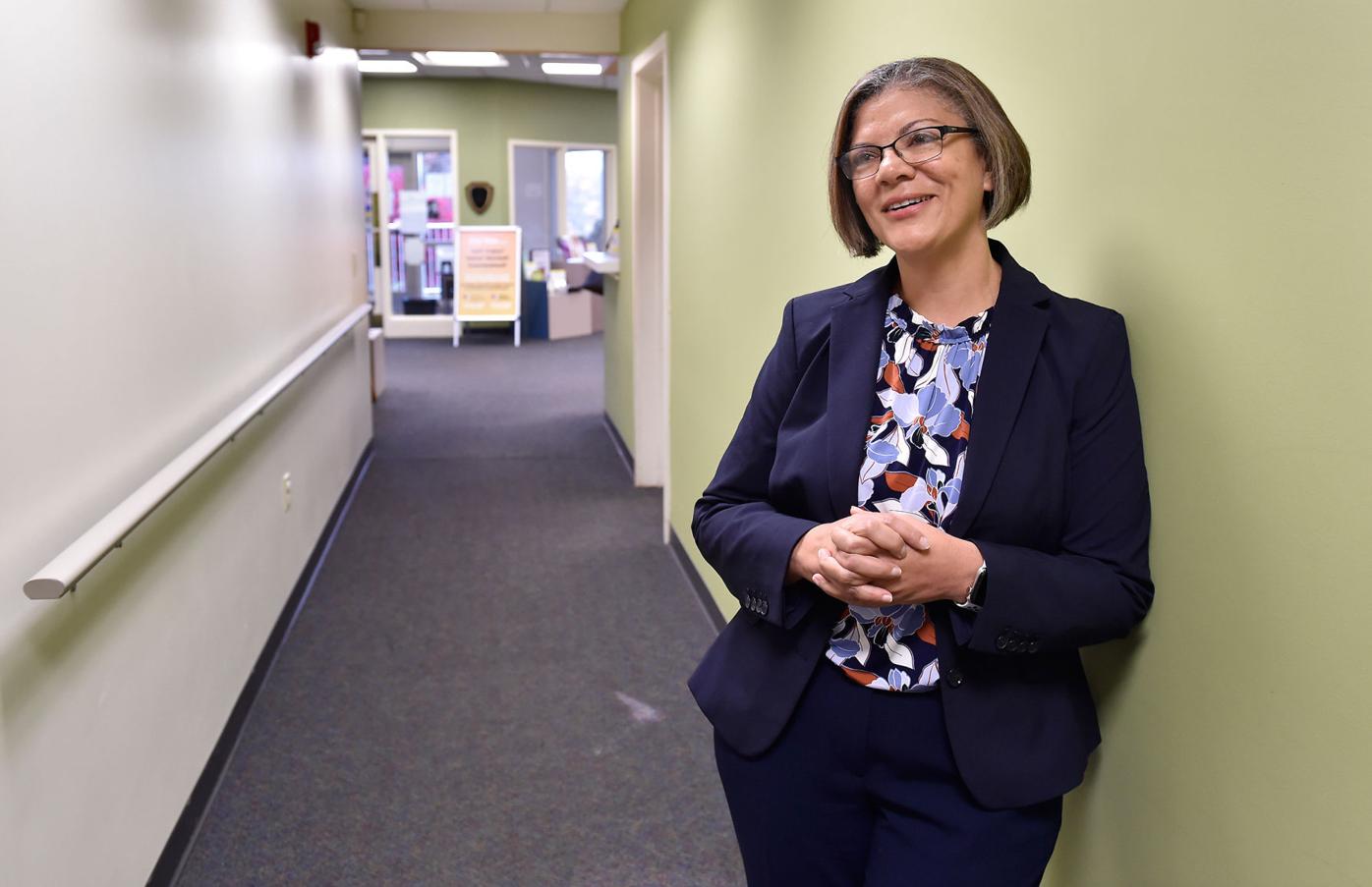 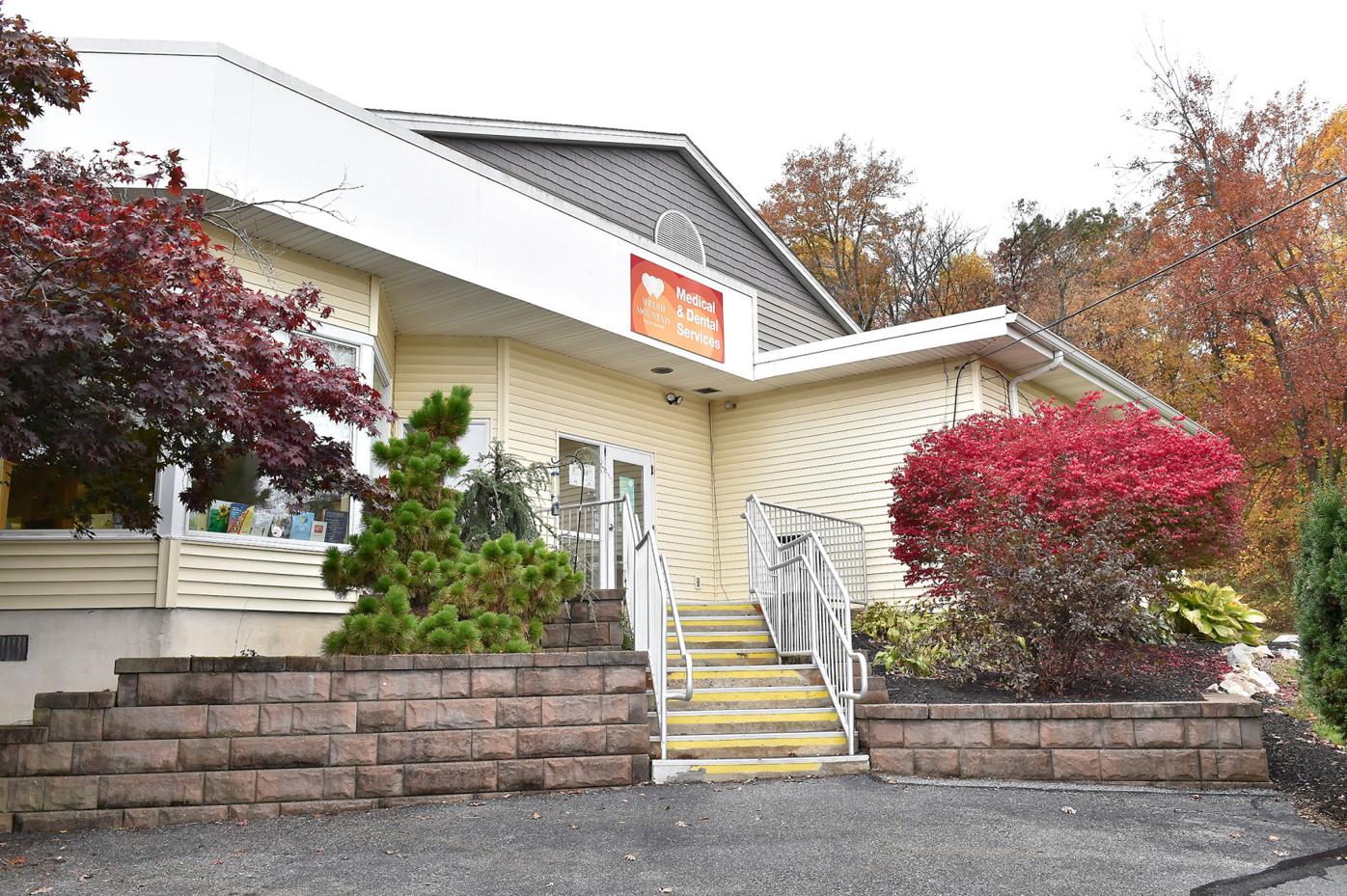 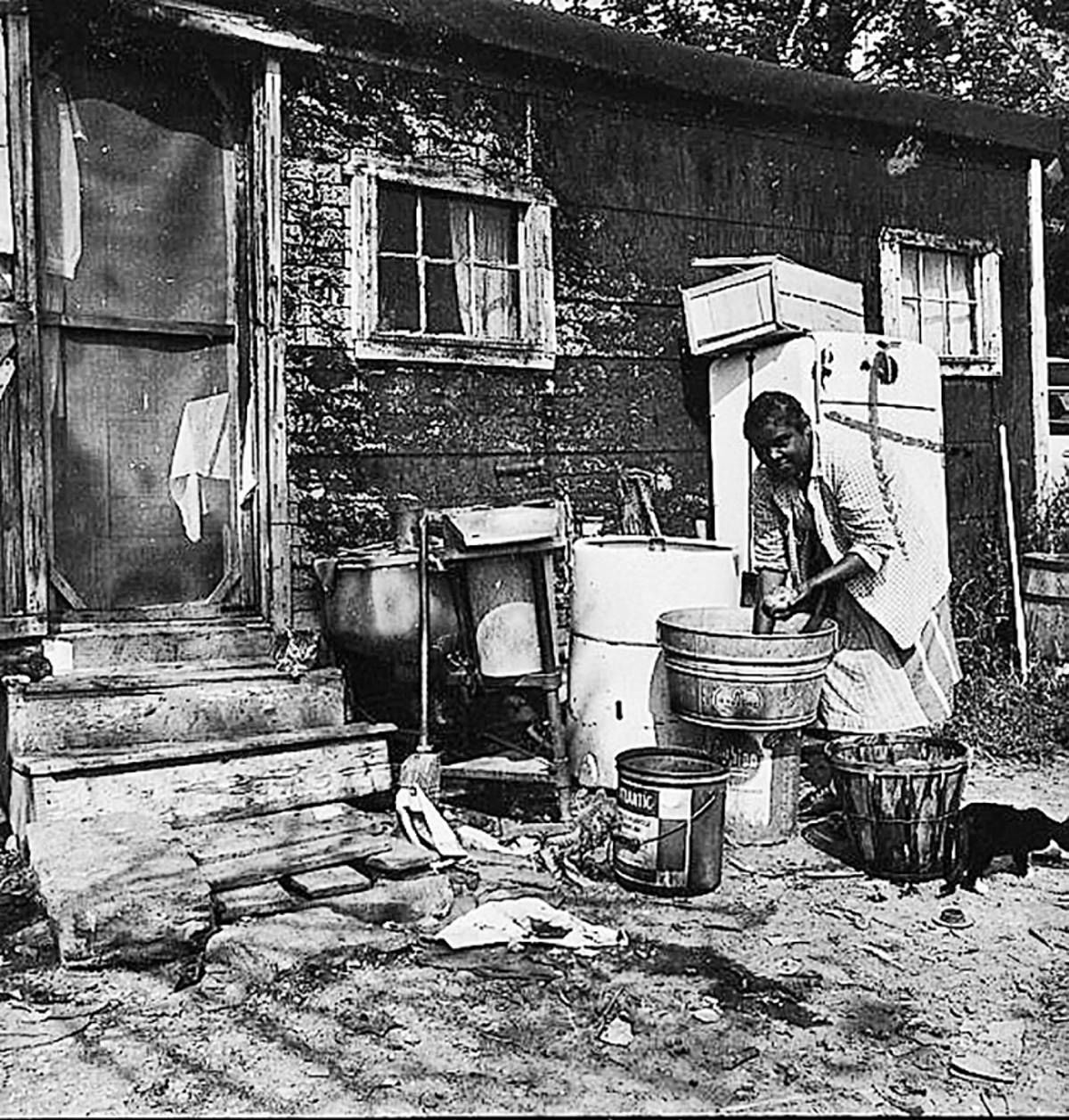 An archived photo of the Welsh Mountain area in 1963. 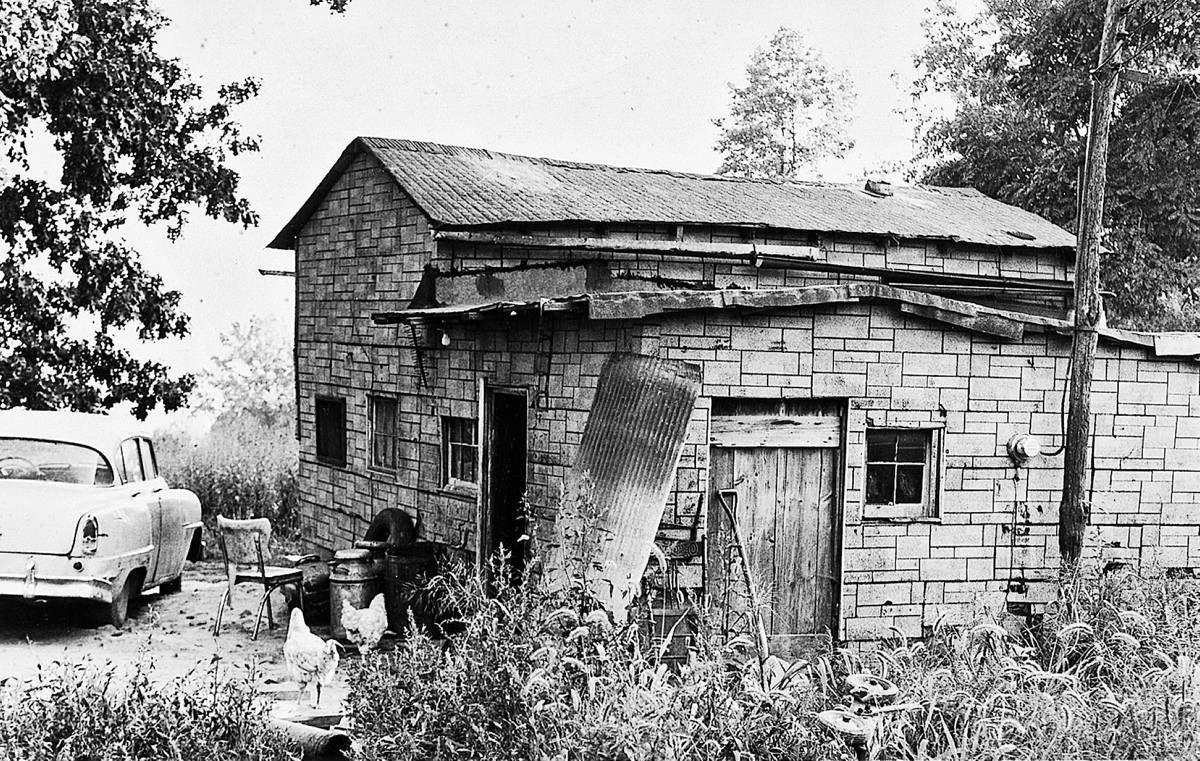 An archival photo taken in 1963 of a home in the Welsh Mountain area.

In 1963, after the murder of a social worker in the hills known as Welsh Mountain, a Lancaster New Era reporter named Marvin E. Miller decided to investigate the area. What he found led to his first article on the area. He called it “Welsh Mountain —Lancaster County's Worst Rural Slum.”

In that article, Miller detailed the grim and often sordid lives of the mountain people who lived in this area southeast of New Holland in Salisbury Township. He wrote about the murders, moonshine and “many rat holes” (a subhead included in the article). Other subheads included “Lawless Element,” “Heavy Drinking” and “Life is Depressing.”

Miller wasn’t subtle with his portrait of the poverty-stricken area. The impoverished children of the mountain slums typically dropped out of school around 15, he wrote. Books, if any were found in the shacks at all, were more often used to plug up rat holes than for reading. Miller observed children covered with sores and scars. And, in front of the shacks — none of which had any running water — the yards were littered with junk. The living conditions were not conducive to good health, to say the least.

The isolated mountain people weren’t inclined to venture into the city — even for health care — and physicians rarely visited the area, as noted in several other articles on Welsh Mountain. Local churches and organizations such as the Christian Medical Society, Community Action Program and the Visiting Nurses Association began to take notice of the plight of the blighted area.

By 1969, those groups came together to create the Welsh Mountain Medical Center to treat around 300 patients living in the Welsh Mountains. They began treating patients in the Mount Airy one-room schoolhouse and a few years later were working out of two Federal Emergency Management Agency trailers, where the current medical and dental center is located in New Holland (the original two trailers are still part of the building).

Fifty years later, the Welsh Mountain Health Centers serve 15,000 people (93% of those patients are living below the federal poverty guidelines) at five locations in Lancaster and Lebanon counties.

“It’s a bear,” she says of the grant-writing process, a key part of the center’s mission.

“We do not deny care to anyone based on their ability to pay,” Concepcion says. “If you come in and you’re uninsured we have a slide ... based on your income and your family size. No one should get turned away. It’s about helping people that may not otherwise get the help they need. That's my purpose.”

Concepcion was busy, but gladly took the time to talk about the center's past and its plans for the future.

In the early years, the center was strategically located to serve the people living in the secluded area. If people weren’t willing to come off the mountain for medical care, health care would be brought to them. Trust initially was an issue, says Concepcion.

“Early on, they didn’t trust people,” she says. “One nurse said, ‘I knew they were beginning to trust us when a mom called and said, “My kid is sick. I don’t know what to do,” and she said, ‘Bring him in.’ ”

A lot has changed on the Welsh Mountain. For one thing, the population is different. According to several local news articles, by the 1990s many of the more impoverished members of the community had moved to the city or elsewhere in the county. And today, some of the homes on the mountain rival homes in any part of the county. But there are still pockets of poverty in the area. And, Concepcion points out, the center has even paid for Uber rides for patients who need to come from outside the area for treatment.

There are five centers that currently serve Lancaster and Lebanon counties and offer services, including medical, dental, substance abuse disorder and counseling. They also offer counseling for issues such as housing and food insecurity. The center also makes weekly trips to Plain community farms to offer care.

Concepcion, who is in her third year as CEO, emphasizes the need to educate people about healthy diet and resources that are available through collaborative programs.

“We live in an area that’s rich in farming, and we have a lot of produce,” Concepcion says. “We just have to connect and help people make those transitions and educate them.”

With a changing population, expansion of the care offered and limited resources, the staff is often stretched thin and relies on volunteers.

Concepcion moved from New York City to Lancaster County in 1989 and is impressed with the county’s giving spirit.

“I fell in love with Lancaster,” Concepcion says. “It’s a beautiful county. It’s a county that has people that truly care. This county comes together when there are needs in the community. It’s a great place to live.”

Fifty-one percent of the members who sit on the Welsh Mountain Health Center board are patients. One of the board members is Freida Huyard, of Narvon. Huyard has served on the board since 2004, and her father served on the board for 20 years. She is a fourth-generation patient and notes her children are the fifth generation of her family to be treated at the center.

“I have memories of (her father) serving there,” Huyard says. “And (the center) served our family well. I was excited to be able to volunteer and be a representation of the center, and being a patient, my perspective has contributed to the decision-making process of the board.”

Huyard recalls when the center opened.

“I remember as a child when the center opened up,” Huyard says. “We lived on the edge of Welsh Mountain on a dairy farm — my father was a farmer and cattle dealer. The nearest hospital or doctor was 20 miles away. So we were thrilled to have a health center nearby.”

Huyard says she recalled getting treated for an appendectomy there and remembers her father receiving treatment after a farming accident.

“He smelled like the farm, but they still treated him,” she laughs.

Huyard recalls the area back in the 1960s was suffering just as badly as the news articles reported.

“A lot of the people that lived there were what you called squatters,” she says. “They didn’t own the land. They just settled on the land and built small shacks and lean-tos to live in. The area was very poverty stricken, so the center was strategically placed in that region to be a service to those underprivileged people who were caught in poverty living conditions at the time.”

Despite their unsavory reputations, Huyard remembers not being scared of the mountain people.

“I remember going through the Welsh Mountains and my father would say, ‘Don’t be afraid. Just respect them and they’ll respect you,’ ” she says.

Even though the area has changed, the essential mission remains the same, Huyard says.

“The mission of the center has always been to help those that have barriers to care, and I hope that it never loses its mission.”

Where: The Inn at Leola Village, 38 Deborah Drive, Leola.

Eventually, all people will confront their own deaths.

Lancaster has been hailed as America’s “refugee capital” by the BBC. It was named a “welcoming city” by a national organization earlier this fall.