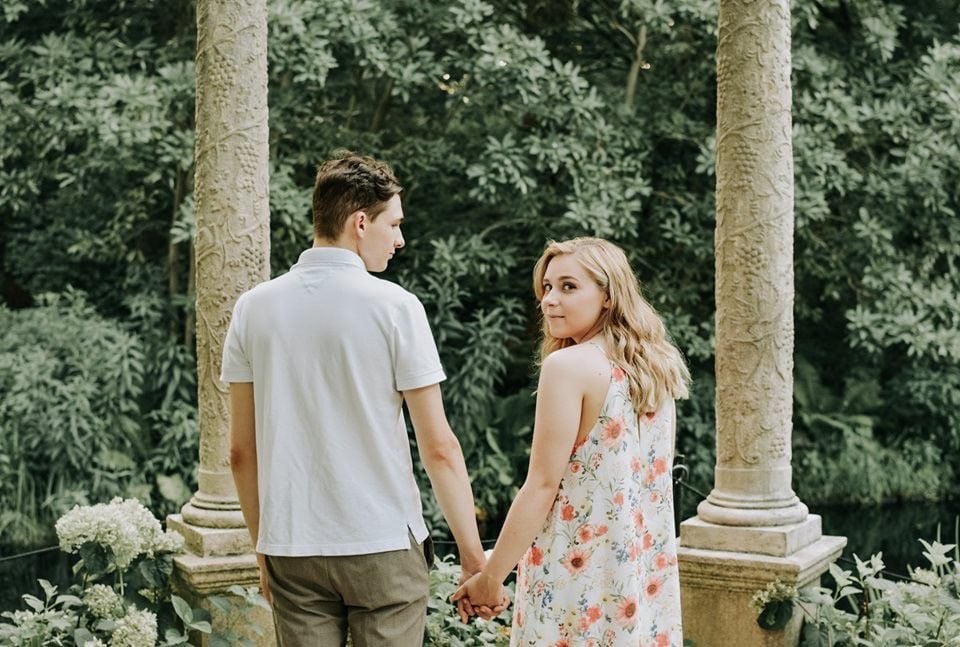 Dallas Anderson and Lily Brown plan to marry on May 23rd, whether it's at their planned venue or the courthouse. 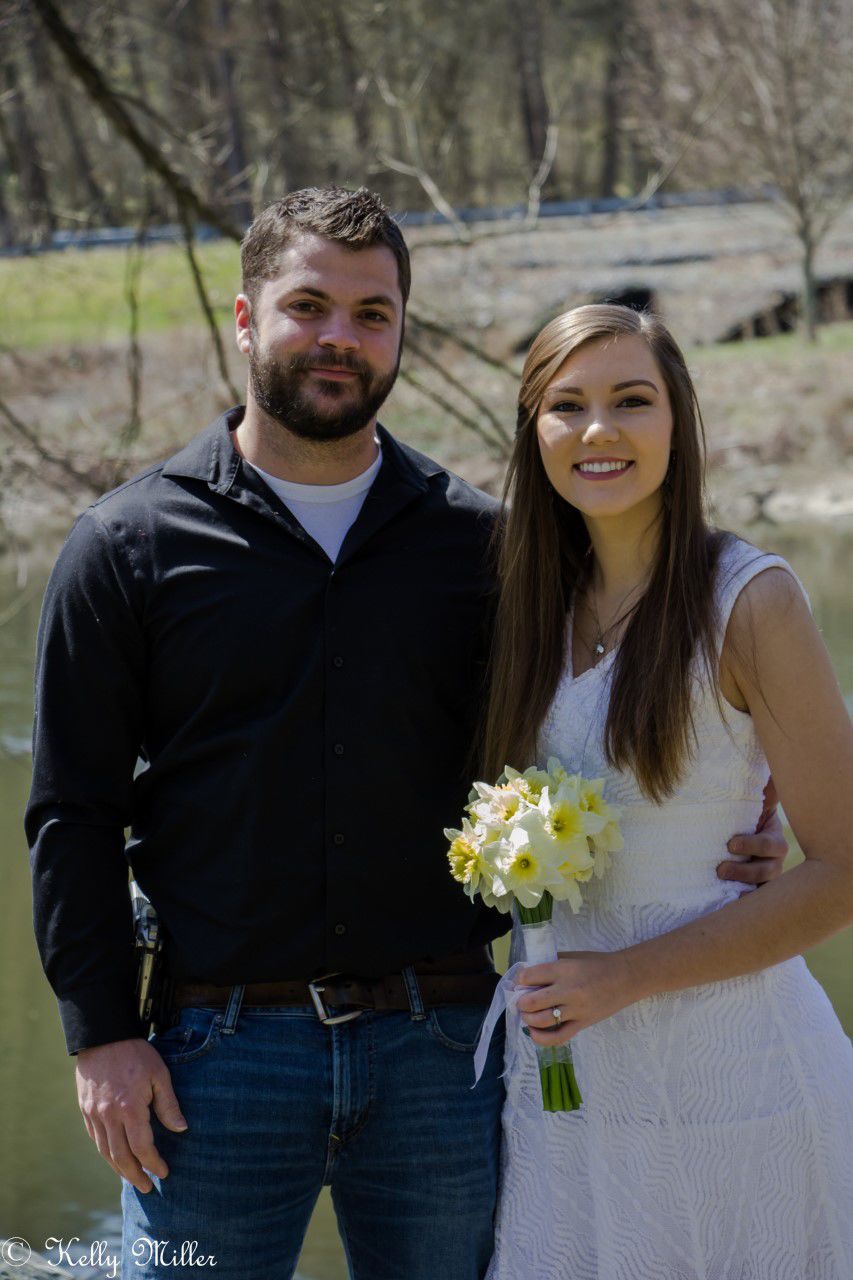 Edward and Angela Irwin had an ultra small wedding, with Angela's parents being the only guests. They will have a second ceremony in the summer.

Sarah Barry and Mark Kinney, of Philadelphia, were going to get married this past Friday.

Everything was set for the wedding, which was to take place at Riverdale Manor, off Pitney Road outside Lancaster.

One hundred guests were set to arrive, many from out of town. Barry is originally from North Carolina, and Kinney is from Cleveland.

We must prioritize our mental health amid COVID-19 pandemic [opinion]

But due to the recent developments regarding the coronavirus outbreak, the wedding did not take place.

“It’s been a roller coaster of emotions,” says Barry. “Over the last few weeks, everything kept building, but nothing was called off. We made the decision to postpone the wedding before everything was shut down. We had family members who were willing to come, but we felt that wasn’t safe.”

So now, the couple will be married July 17.

Well, as long as we've gotten back to normal by then.

“I was heartbroken. It was pretty terrible,” Barry says. “But we knew it was the right thing to do. When you hear about friends losing their jobs, it puts it into perspective.”

Thousands of weddings across the country have been delayed or downsized.

The wedding industry is big business. According to IBIS World (Industry Market Reach, Reports and Statistics), more than $72 billion was spent on weddings in 2018. The average wedding costs $33,000, according to the wedding website, The Knot.

Many venues have been generous about finding other dates for couples. It pays off because after Gov. Tom Wolf shut down all non-essential businesses, couples were not liable for the cost if they canceled or postponed their weddings.

Alexa Shank, of Elizabethtown, and her fiance, Donovan Lynch, planned a big wedding with about 150 guests Saturday at St. Joan of Arc Roman Catholic Church in Hershey.

Plans changed. The 150 guests won’t be there and the reception won’t be happening, but Shank and Lynch are still getting married Saturday.

The reception, set for Historic Acres of Hershey in Elizabethtown, will wait until July 24.

“We are so freaking lucky,” Shank says. “We were able to postpone and we are not out of any money — everything was paid in full.”

She plans to wear the dress she bought for the now-canceled rehearsal dinner to her wedding. The gown will wait for the reception.

Shank admits to having a few meltdowns.

“My fiance was amazing and supportive,” she says. “You feel like you have a little bit of loss but in context, it is no big deal.”

“My brides have been so brave,” she says. “I’ve had three, and a fourth one coming up (in May) that have been postponed. There’s no anger. There’s nothing we can do. You have to be safe.”

Kepiro is seeing a lot of changed plans.

“Sarah completely changed the date. Others are limiting the wedding to 10 people (including the officiate and Kepiro) and then having a fall reception,” she says. “Small intimate weddings can be so special.”

Lily Brown and her fiance, Dallas Anderson, of Ephrata, are planning to get married May 23 at a venue in Mifflin called Lily Manor.

“I’m worried and I’m trying to not think about it,” Brown says. “If we do have to cancel or postpone, we’ll go to the courthouse and get married. We are really set on the date.”

“We have already spent thousands of dollars,” she says. “I’m not sure if we will get refunds, especially if the venue goes out of business.”

Judy Grillo, of Cameron Estate Inn, in Mount Joy, is concerned about her venue’s future. Weddings are being rescheduled, but with no business in the foreseeable future, she is worried.

“We have been in business a long time, we’ve had lots of wonderful weddings here, but we do need to be open,” Grillo says. “I’ve had to lay people off.”

She hopes some restrictions can be lifted.

“We are trying to act in the public’s best interest,” she says. “What can we do? Are there precautions we could take?”

“2020 has been a gigantic wedding year,” Kepiro says. “Brides have been waiting for the date of 2020, vendors have been busy. I worry it’s going to get really jammed in the fall.”

Angela and Edward Irwin invited 200 people to their wedding but only two — Angela’s parents — showed up Saturday.

“At first, I was super hopeful we’d be able to have the wedding we planned,” Irwin says, remembering when all nonessential businesses were closed. “We had three weeks, though I knew we only had one week because vendors needed a heads up.”

Irwin’s fiance was traveling for work and when he came home, they started talking about what to do.

American Music Theatre reschedules events through May 17 due to coronavirus

A Type 1 diabetic, Edward Irwin is in a high risk group for the coronavirus, as is his mother, who has lupus. The idea of being around 200 people was scary.

“We weighed our options and decided it was too dangerous for everybody,” Irwin says. “I started bawling when he said we’d have to postpone. He was super supportive and upset, too. We wanted all our friends and family to be there.”

That wasn’t going to happen. But the couple didn’t want to delay their marriage.

“We are Christians, so they couldn’t live together,” Irwin’s mother, Kelly Miller says. “But she wanted to marry her man.”

And so, last Saturday, the couple married at Conestoga River Park. The minister of Landisville Mennonite Church, where the wedding and reception originally were going to be held, and Angela’s parents, Kelly and Tim Miller, were the only people there. A reception will be held later.

“We are all happy with the decision,” Irwin says. “It feels good to be married.”

We’ve all heard the old adage: The show must go on.

How to avoid neck, back pain while working at home

A lot of us are working from home these days, and plenty of us have more aches and pains than usual. No wonder. We are hunched over our laptop…