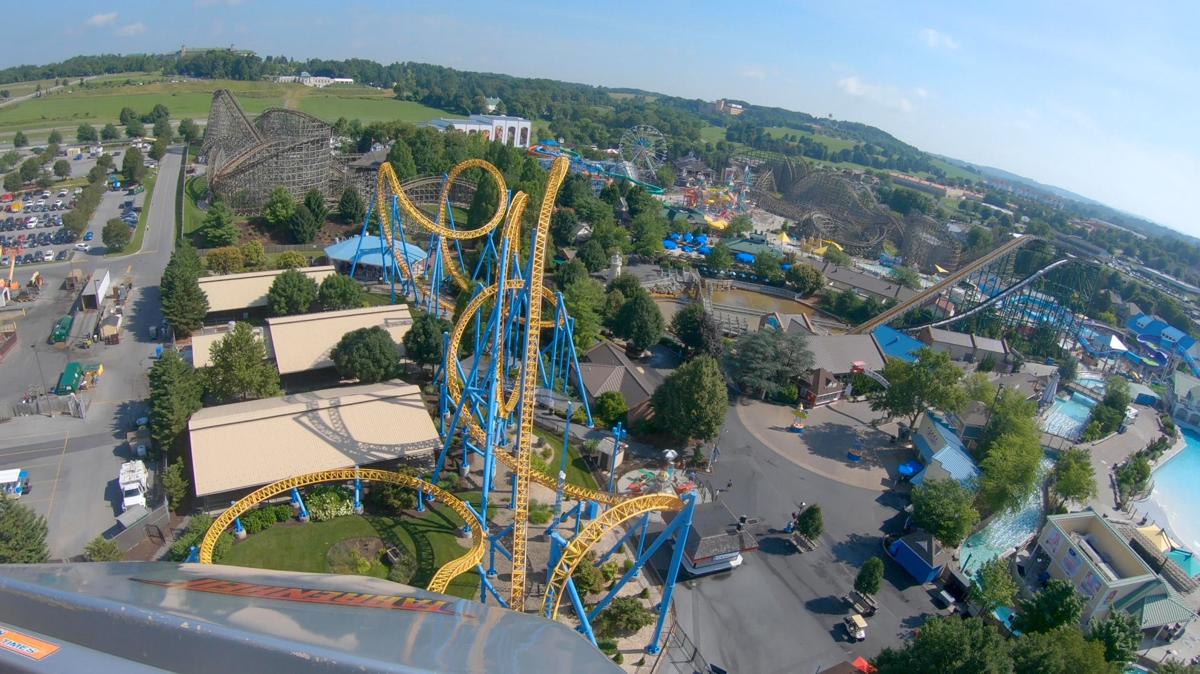 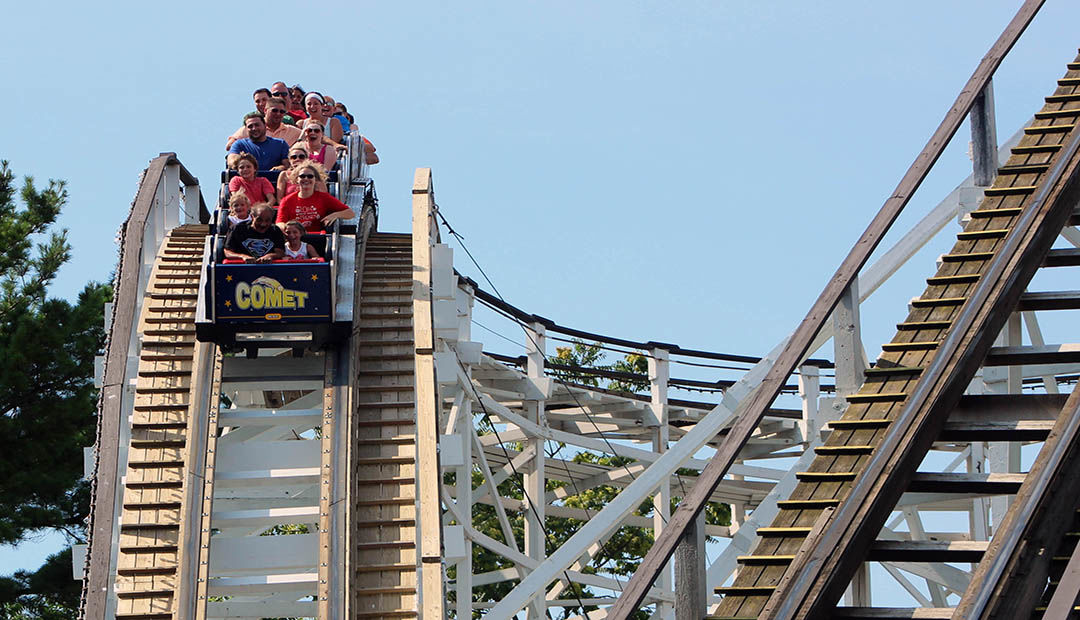 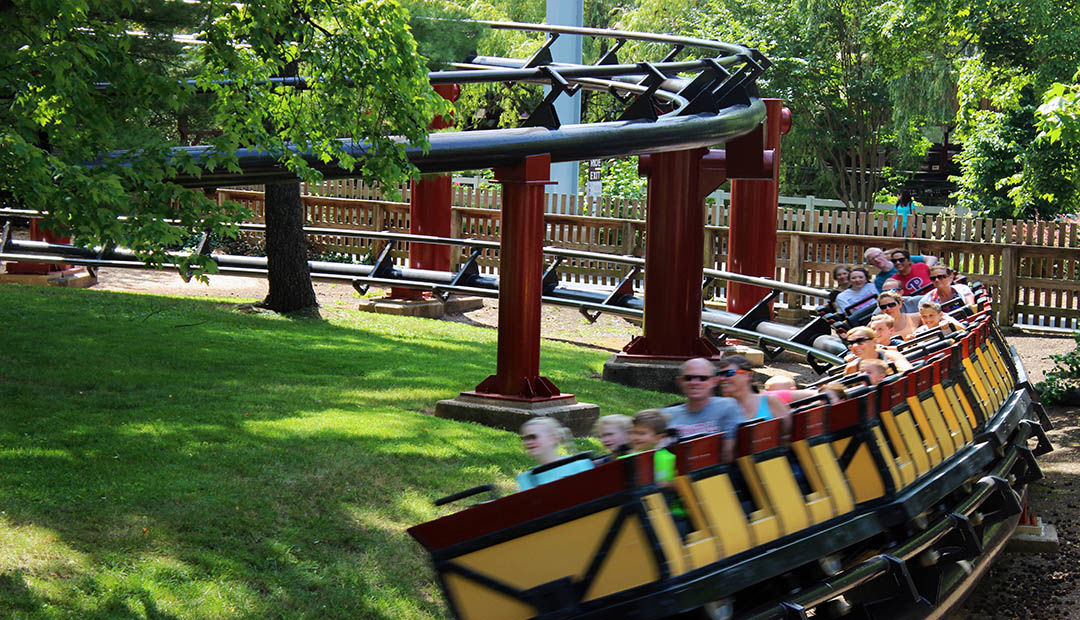 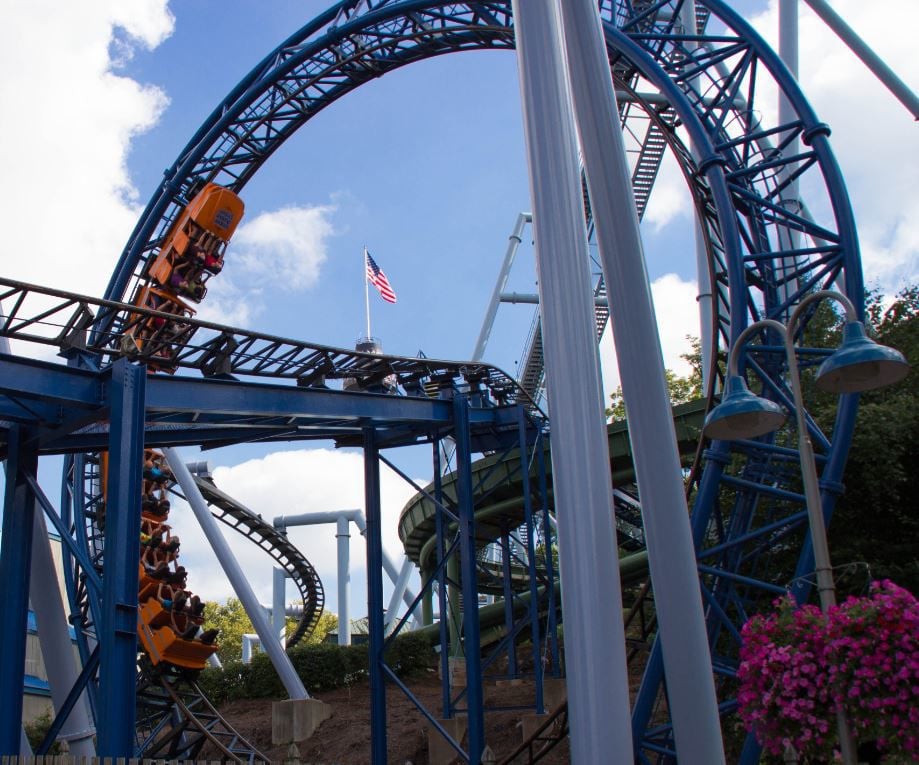 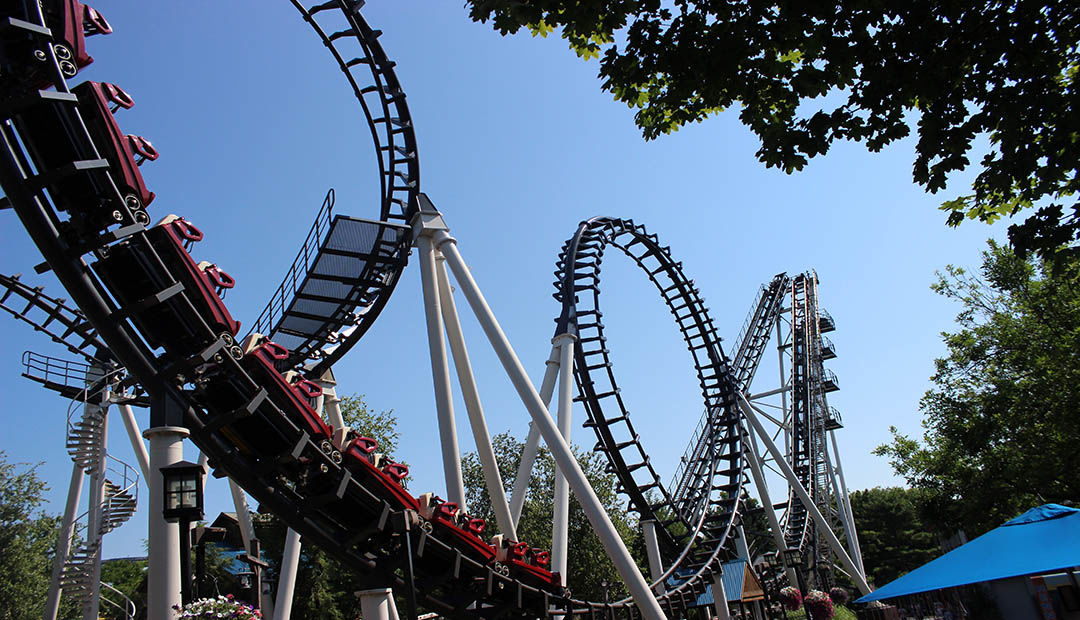 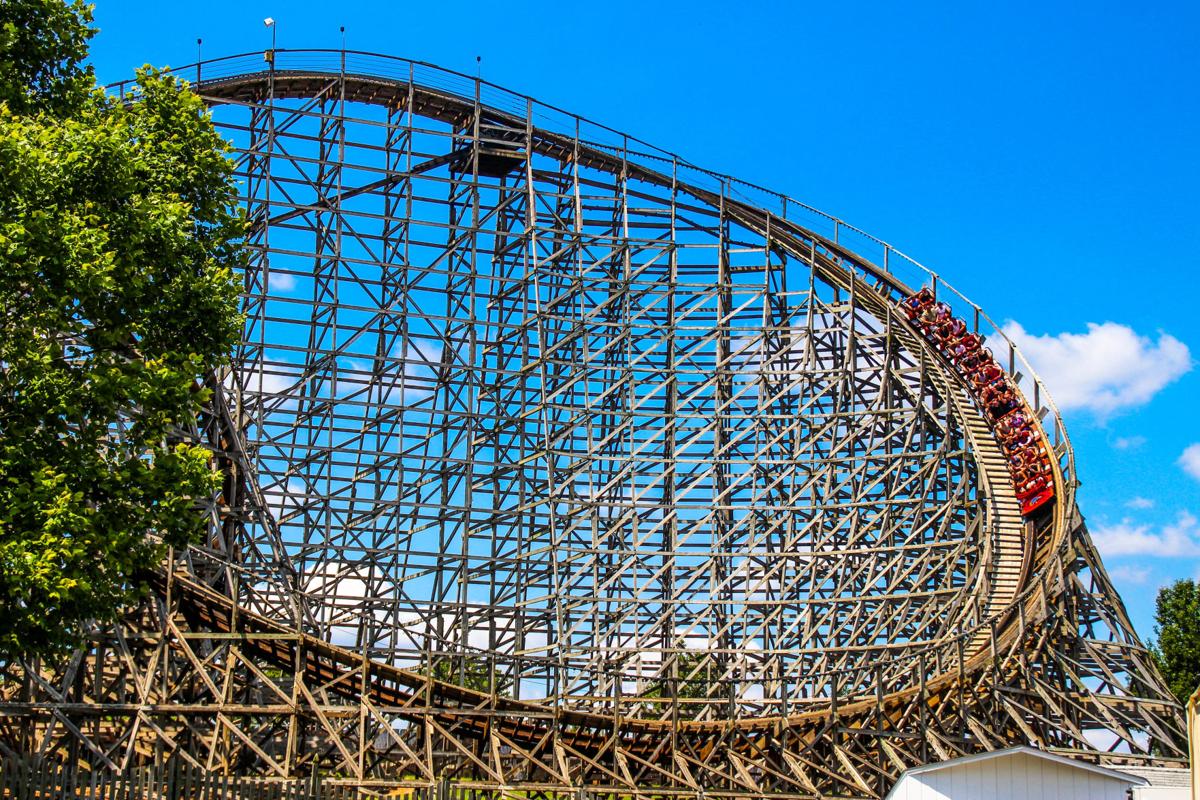 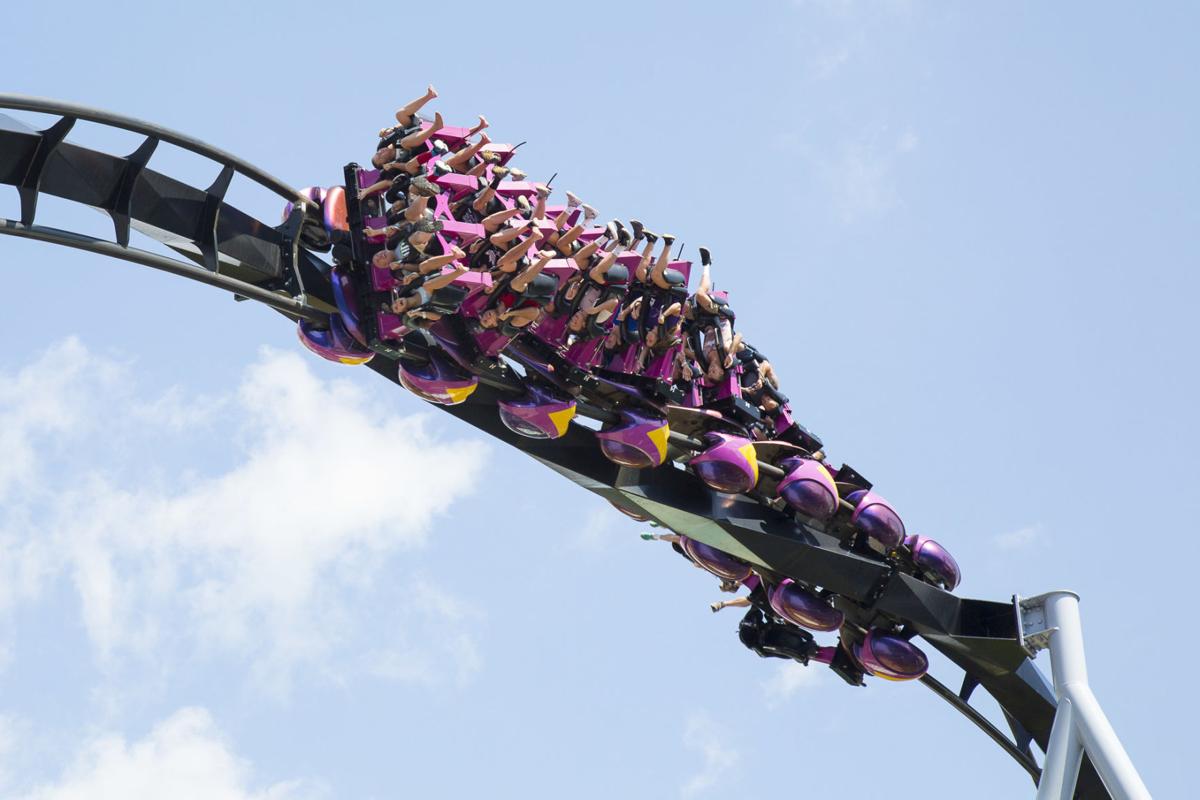 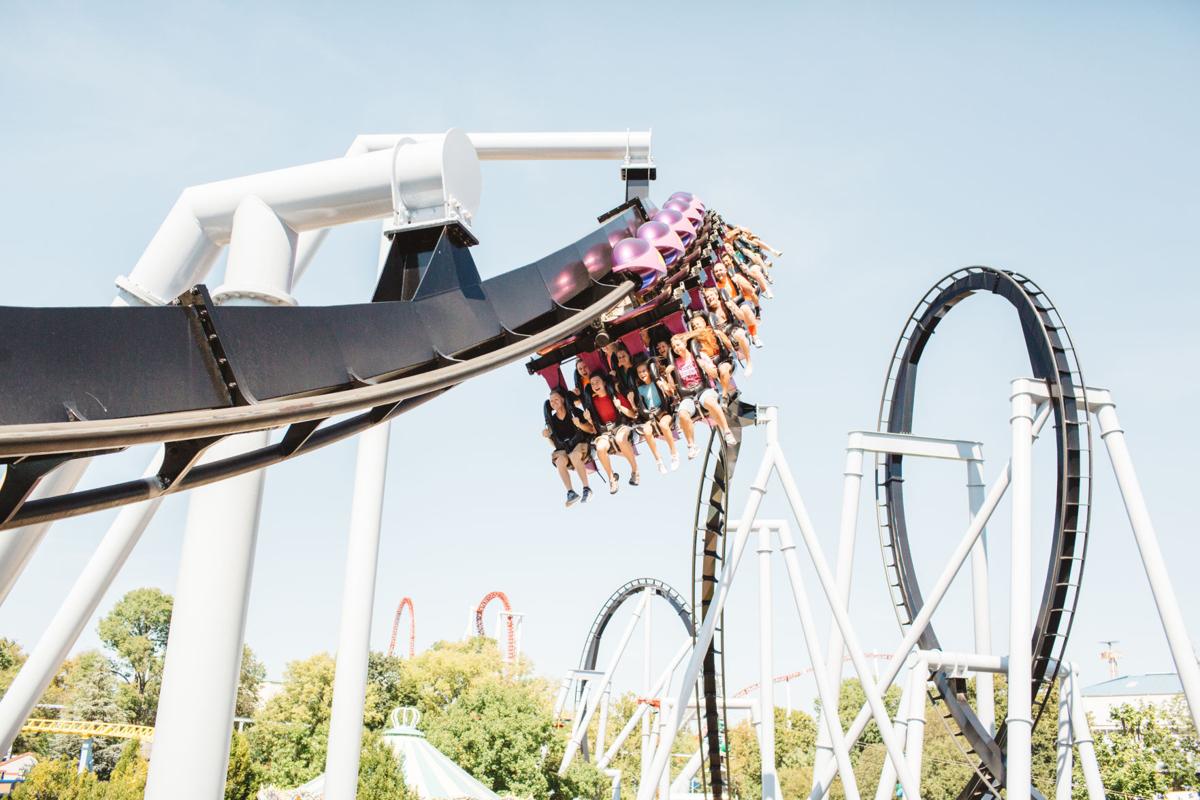 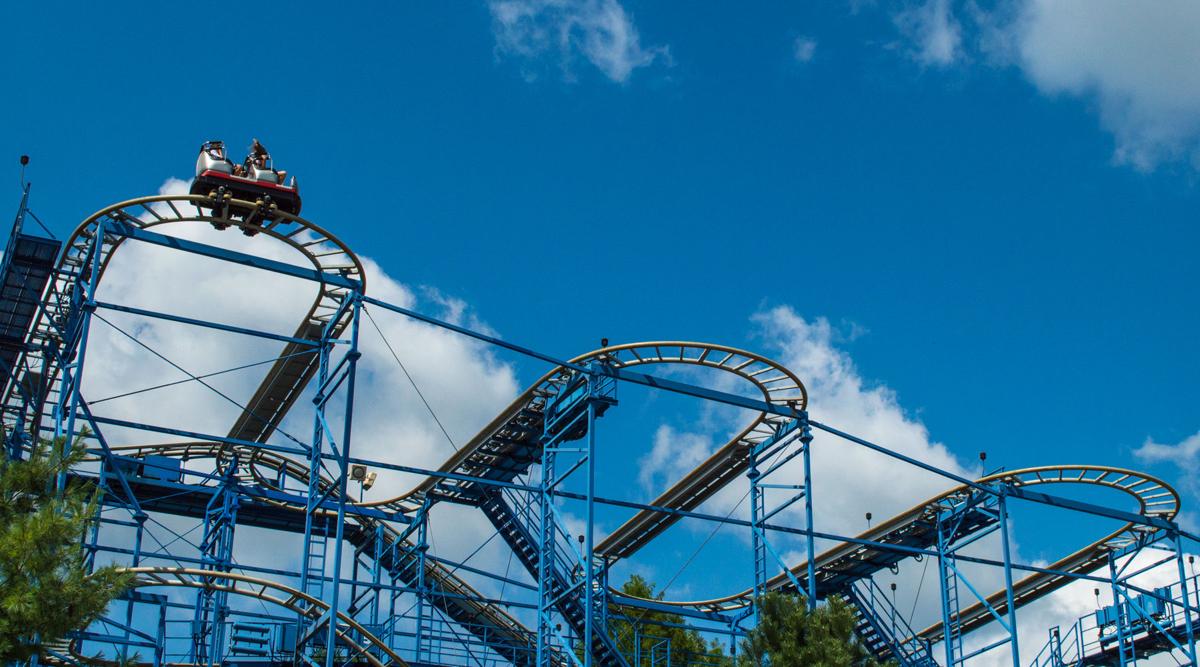 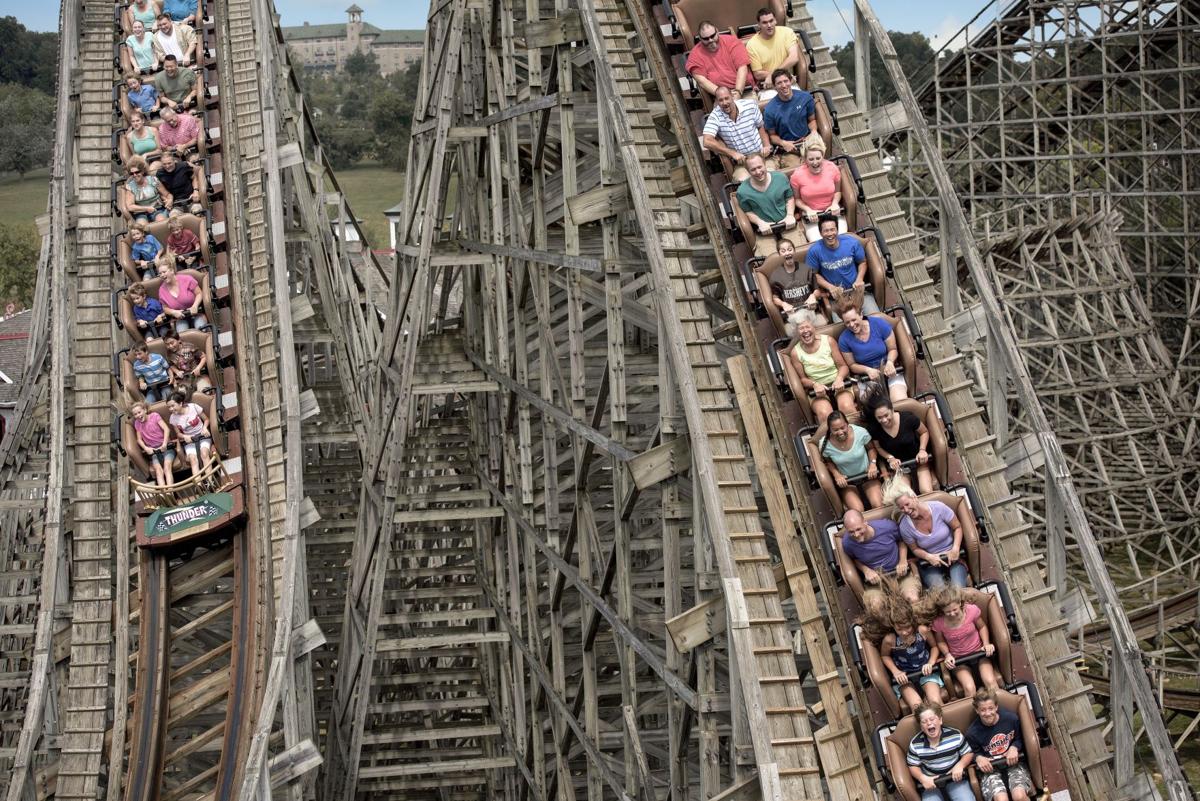 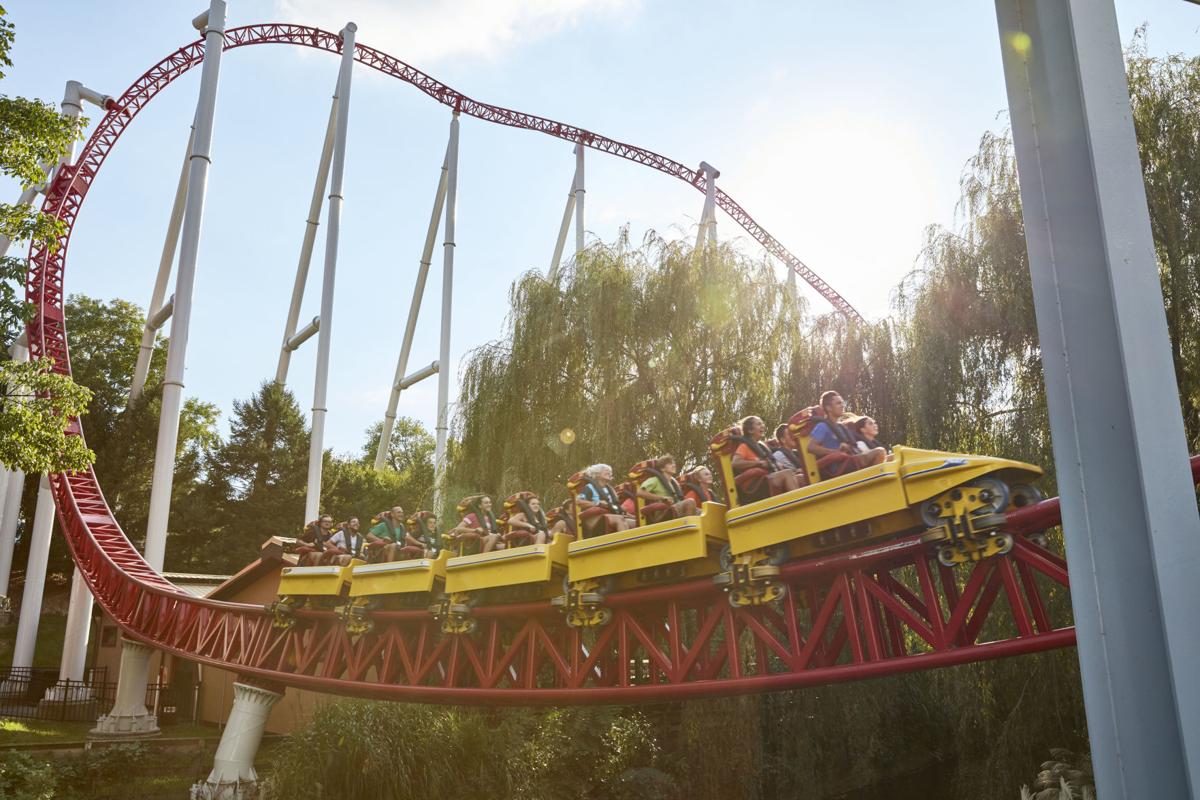 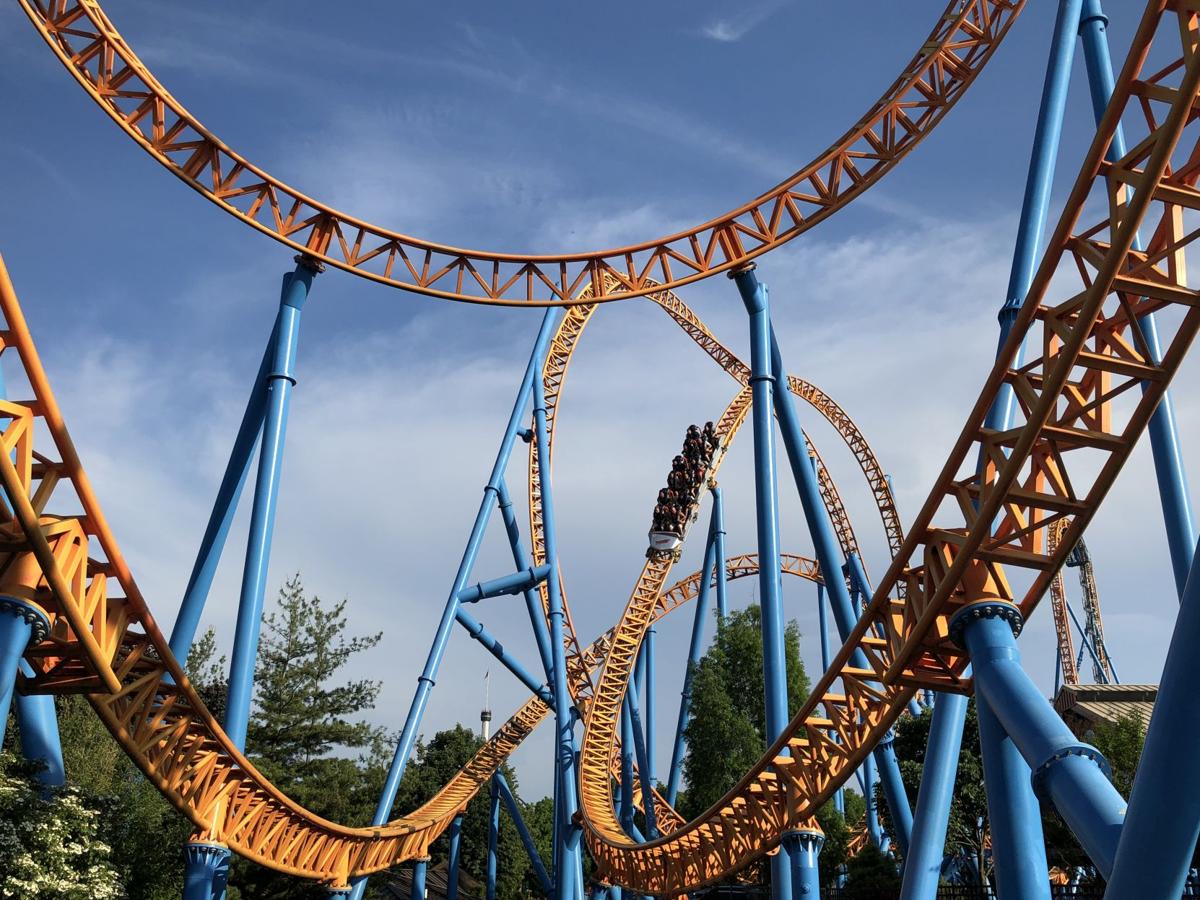 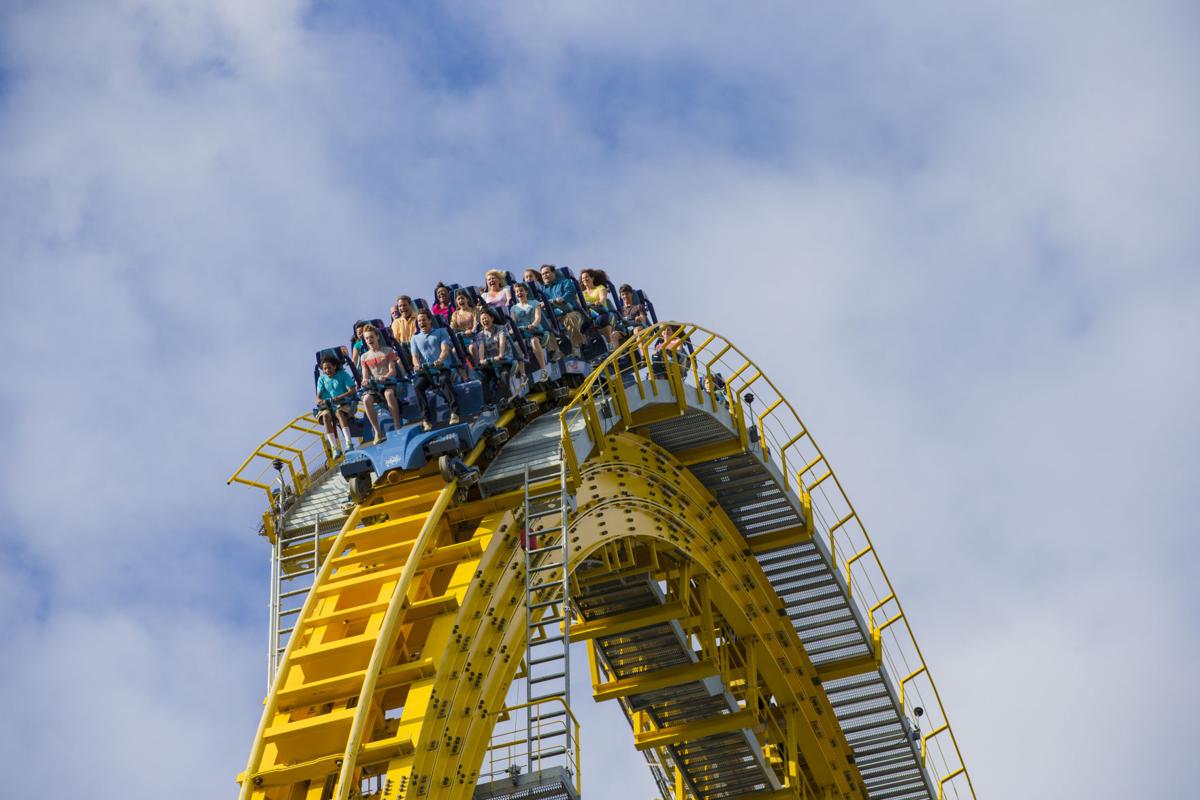 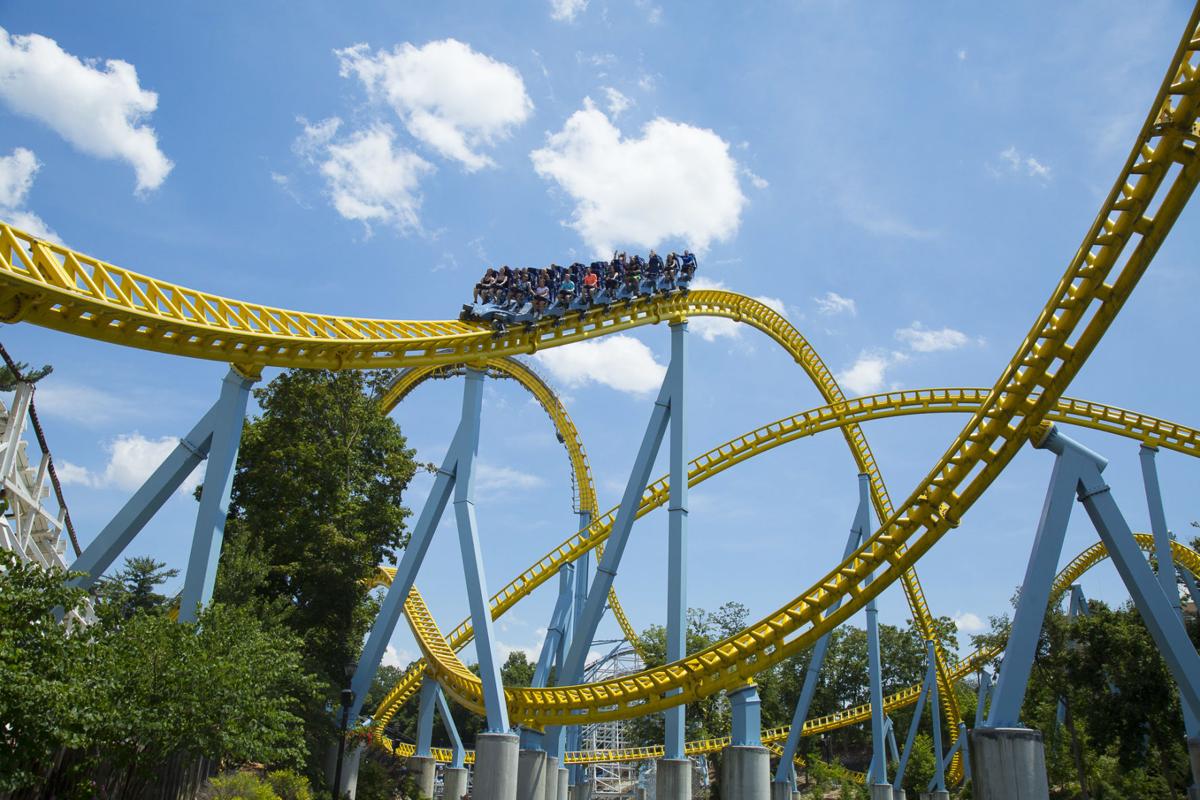 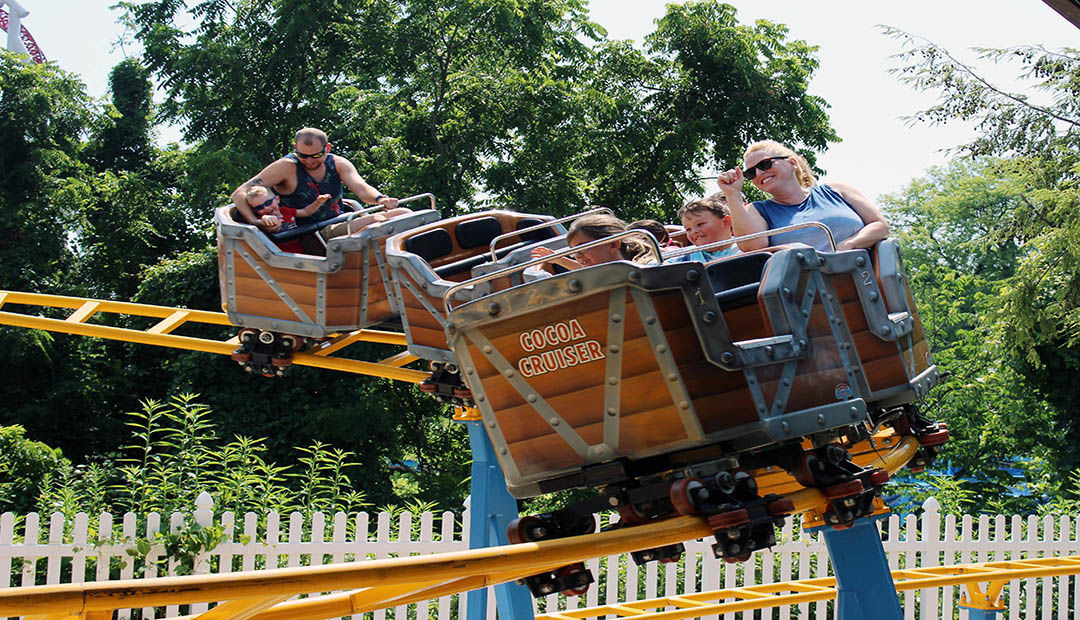 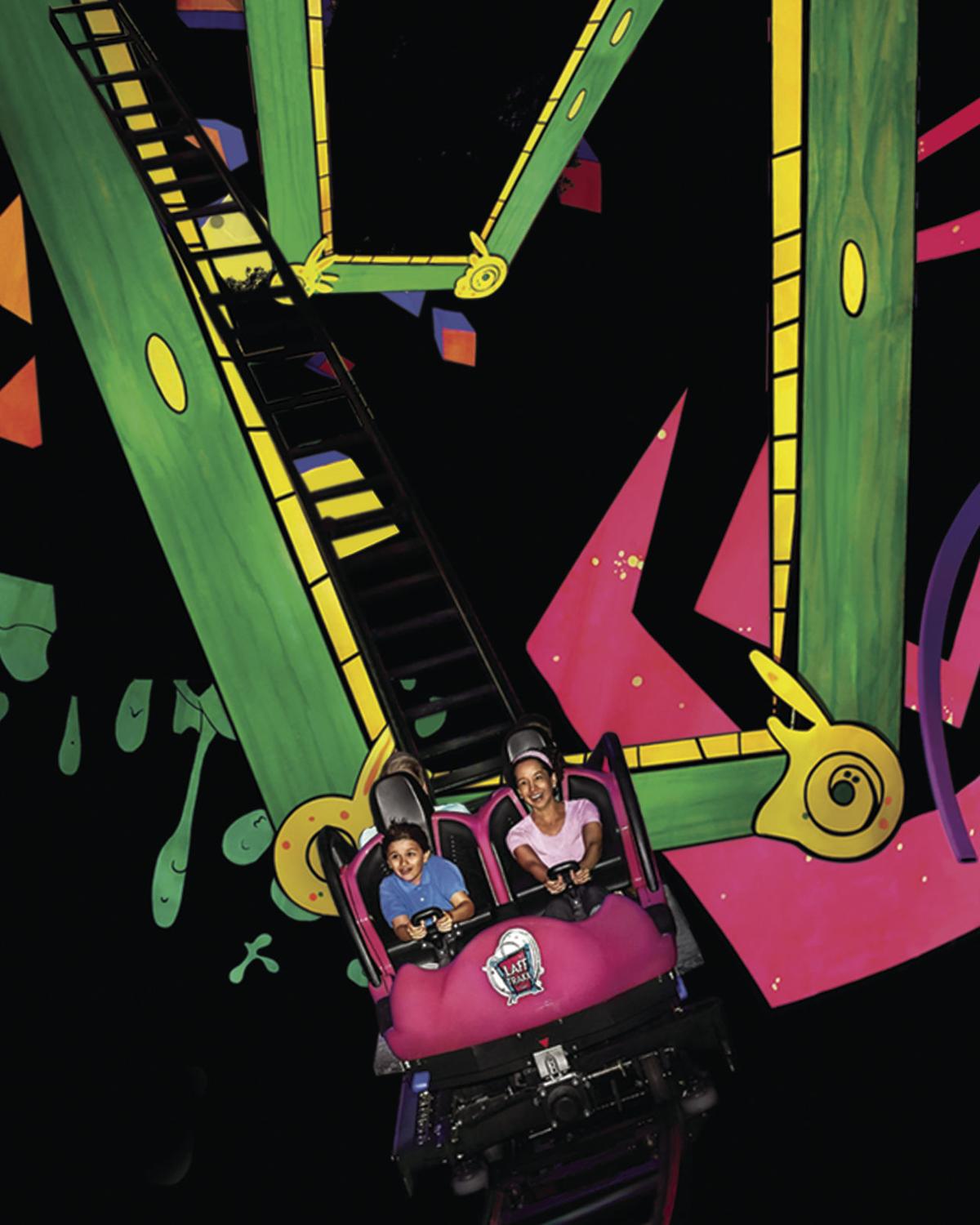 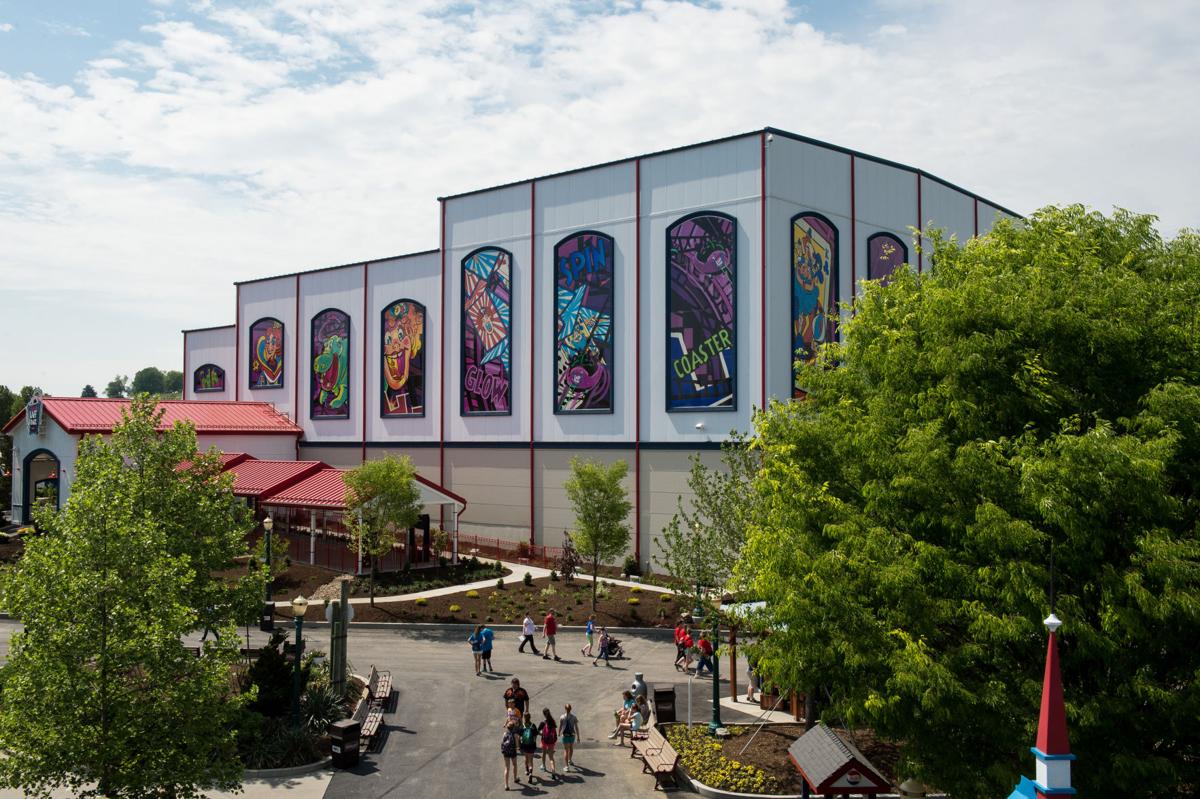 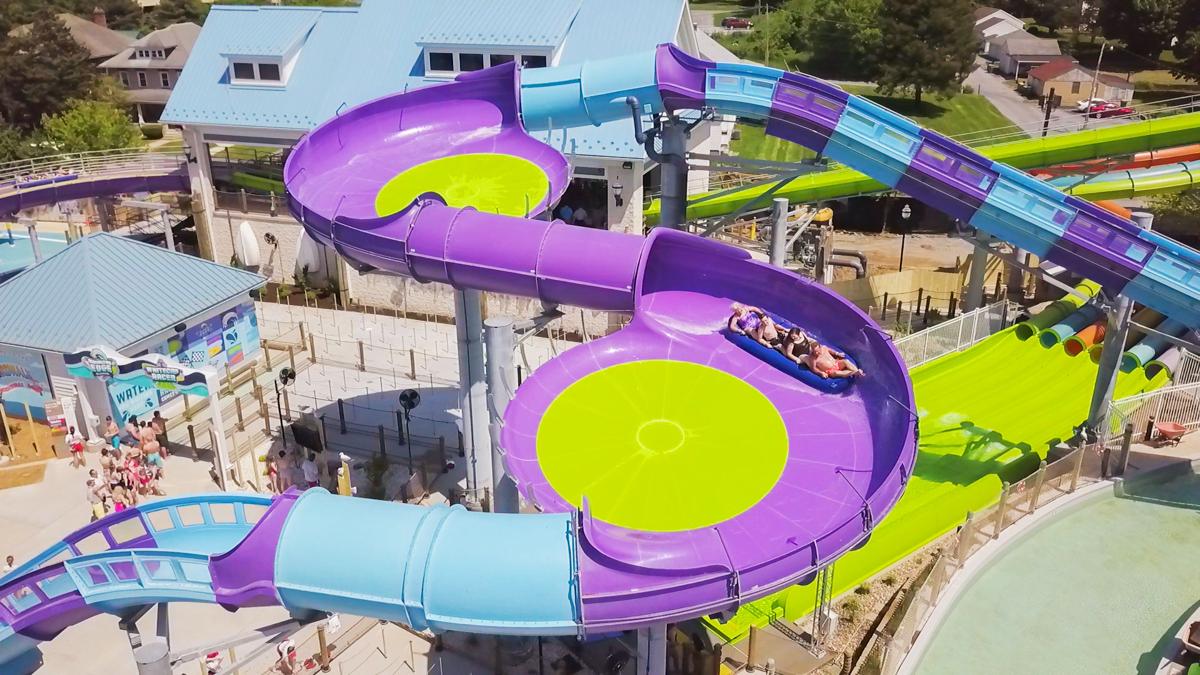 Editor's note: This story was originally published in July 2019. We have updated it because of Hersheypark's newest roller coaster reveal, Candymonium. Read Kevin's thoughts on Candymonium here.

Earlier this week, Hersheypark announced its landmark 15th roller coaster, Candymonium, which is promised to be the “fastest, tallest and sweetest” coaster in the park’s history. To that end, there’s no better time to take stock of the 14 other coasters still in operation and haphazardly organize them into a cogent list.

Just to be clear right up front, this list is scientific in the way that the assignment is investigative journalism – in other words, this is merely one writer’s opinion. These coasters are all fun, and you’ll probably have a fun time riding all of them.

Hersheypark details theme for new hypercoaster; its 15th rollercoaster will be the park's tallest, fastest

For the purposes of fairness, rides were ridden in no particular order, and I let the line dictate where I would sit instead of specifically picking a seat. Line wait times, nostalgia and the yelps and howls of pre-teens directly in my ear had no bearing on coaster rankings. Finally, to the online coasterheads already scowling at this list, please remember – we’re just having fun.

Well, something had to be number 14, right? Even including it on a roller coaster ranking feels like cheating –while Hershey’s newest ride is indeed classified as a roller coaster, it’s more of an extreme water ride. Up to three riders fit into a flume-type raft and go through some slight twists and turns, all the while getting sprayed in the face with water so you can’t quite see what is next.

Just like a real mouse, Wild Mouse seems cute from afar and then becomes a little more hair-raising the closer you get. The two-minute ride is composed almost entirely of sharp, jarring turns intended to provide the quaint feeling that you’re about to fly off and out of the ride. Fun! While technically providing genuine “thrills,” don’t ride this one after a trip to one of the many Nathan’s Hot Dogs stands in the park.

Look, it would have been very easy to just name Cocoa Cruiser as the least of Hersheypark’s coasters and move right along. However, the humble Cocoa Cruiser serves an important purpose – giving “Hershey’s Kisses” sized kids a chance to experience the lightest of thrills for two minutes and create a lifelong love of roller coasters. Yes, if you’re over the age of 10, it might appear lame to you, but the kids under that age riding it seemed to be having a ball.

Yippee-ay-kay-aye, little doggie, this family coaster is the next step up from the Cocoa Cruiser for anyone taking their own “Intro to Coasters 101.” It’s incredibly close to the ground, which provides an intrinsic feeling of safety for younger riders. Unfortunately for Trailblazer, its proximity to Sidewinder just made me want to ride that one instead.

Touring Lancaster County with Strasburg Scooters: what it’s like to ride a ‘scoot coupe’ through farmland [photos + video]

Let’s get this out of the way – yes, I survived the SooperDooperLooper. And so what? While the T-shirt gimmick is alive and well – nearly a dozen were spotted throughout the day – the 42-year-old coaster simply lacks the excitement that other, newer coasters now provide. The initial loop is still quite super, in that it’s very tight and causes the jowls of your face to be pushed back, but that is where the ride begins and ends in terms of excitement.

As a vessel strictly for heart palpitations, Sidewinder is nearly unmatched. Its simple concept – tick backwards at the start before dropping down at top speed through three loops and back again, reversed – is perfect in execution, but there’s a feeling of brevity when it’s over. Full disclosure: Sidewinder terrified me as a kid, and the fact that it wasn’t as scary in the current day weighed on its placement on the list.

Nothing makes you go “aw shucks” at Hersheypark quite like riding the Comet. Initially constructed in 1946, the Comet is the oldest roller coaster in operation by a good three decades. Much like visiting your 73-year-old grandmother, Comet is both an excellent reminder of simpler times and a lovely way to spend the afternoon.

There might be some people who can resist the call of competition, but when I flipped a coin and picked the Lightning car over the Thunder car on Lightning Racer, everyone on the other car immediately became my fiercest competitors. While the ride shows signs of age – a sign in the front still warns riders to leave behind, among other things, “pagers” – but it’s hard not to have fun when two separate cars are weaving in and out on one wooden behemoth. And yes, the Lightning car won with time to spare.

Have you ever been scratched by a cat? The pain, faint at first and then very evident, is sort of how you feel after the Wildcat. This is a compliment. The wooden coaster, named after Hershey’s first coaster constructed in in 1923, is bumpy in a way that makes you feel incredibly alive. If the “thrill” that coaster enthusiasts seek by riding a roller coaster includes gentle reminders of the precariousness of any one piece of construction, Wildcat is top-tier.

In some ways, Storm Runner is the most suited for an amusement park in 2019. The initial lift-off, which launches riders from 0 to 72 miles per hour in two seconds flat, has probably inspired millions of shoddily-recorded cell phone videos from people filming reactions of their friends experiencing sheer terror. Disorientation is absolutely the name of the game, because once you make it through blast-off, the ride engages in what coasterheads refer to as “cobra loops” and “flying snake drives.” Yes, you will be dizzy and yes, you will love it.

Inside the tiniest tiny house in Lancaster County: what it's like to stay the night [photos, video]

The Laff Trakk is an example of a gimmick pushed to an extreme, with winning results. As the only indoor coaster at Hershey, it’s impossible to know exactly what you’re getting yourself into before you strap yourself into the seat. In a car of four, two riders face forward and the other two face backwards – though, as you find out quickly enough, these spots will change to dizzying effect throughout the ride. With its circus theme and neon glowing signage, think of the Laff Trakk as something of a psychedelic circus take on Disney World’s infamous Rock ‘n’ Roller Coaster, just with 100% less Aerosmith content, thankfully.

That ascent – goodness gracious. Unlike the beginning of every other coaster with an ascent at Hersheypark, Skyrush starts impossibly fast and stays that fast throughout the entire minute-long ride. There were times when it felt like the meager strength of my legs pushing against the safety bar was the only thing keeping me inside and not splattered on the ground below. If you couldn’t tell from that last sentence, I really loved Skyrush.

Herhseypark's newest hypercoaster, Candymonium, is billed as the "longest, tallest and fastest" in the park. And wouldn't you know it - all of those factors combine for a fantastic experience. It's a testament to the evolution of roller coaster technology that a ride that boasts top speeds of 76 miles per hour can also be near-silent from start to finish. The ride is not exactly as long as advertised - I clocked at least 30 seconds under the two minutes and 26 seconds the ride is billed as running for.

That being said, Candymonium instantly sets itself in a higher class of Hersheypark coasters due to a combination of enough thrills for the tried and true coasterheads, yet less physics-breaking insanity than, say, Skyrush, meaning that it could also be the perfect starting point for someone formerly afraid of coasters. Worth the wait? Absolutely.

*(Updated on July 2, 2020, after riding Candymonium for a media preview event)

What’s not to love about the Fahrenheit? The 121-foot ascent is one of the most stomach-turning in the entire park, and that’s just the beginning of the ride. Going over the crest of the drop gives the rider a perfect view of the insanity they are about to experience, with little time to actually consider it – exactly as a roller coaster should. Though the 90 seconds that it takes to ride Fahrenheit is average as far as Hershey coasters go, it feels longer than others. When it opened in 2008, Fahrenheit was the steepest coaster in the world thanks to its initial 97 degree drop. It has since been eclipsed in that category, but you’ll never forget your first ride on Fahrenheit.

When you talk about the Great Bear, the first thing worth mentioning is the sheer presence of the thing. It positively roars. You can hear it echo from nearby coasters and attractions. “Twizzler”-sized kids quake in their light-up sneakers before this ferocious carnivore. In line, you can see riders nervously shaking their dangling legs to and fro, as if they expect an actual bear to nip at their heels during the initial 124-foot drop. It’s iconic for a reason, and since 1998, it’s served as the flagship coaster of Hersheypark. There’s something indescribable about the feeling you get when the surface below you slowly lowers to make way for lift-off that isn’t replicated by any of the other 13 coasters in the park.

Maybe Candymonium, with its promise of a 210 ft. lift height and top speed of 76 miles per hour, will compete for the crown when it opens in 2020. Until then, all bow – or cry –before the Great Bear.

The next few days are going to be warm.

One year ago today, Hersheypark announced a 23-acre, $150 million expansion known as Chocolatetown.

Herhsyepark announced today that, assuming Pennsylvania lifts the closure order of all non-essential businesses, that the park would open in e…

Hersheypark announced this morning that the park would reopen to the public in July, with the caveat that the state must approve these plans.

Hersheypark inches ever closer to opening for the summer.

When representatives from Hersheypark announced plans for Candymonium, the park’s new, 210-foot  hypercoaster, last summer, no one could have …

Dutch Wonderland Family Amusement Park will open for season passholders on Tuesday, July 14 and for all guests on Saturday, July 18, it was an…

Is there a better scene for live music than a summertime evening under the stars?

When considering Launch Music Conference and Festival's digital event this weekend on Friday, July 24 and Saturday, July 25, the term "Through…

Hershey's Kissmobile to be retired in 2020, but you can still see one at the AACA Museum

Soon, the only Hershey's Kisses on wheels that you'll be able to see are the ones you eat in your own car.