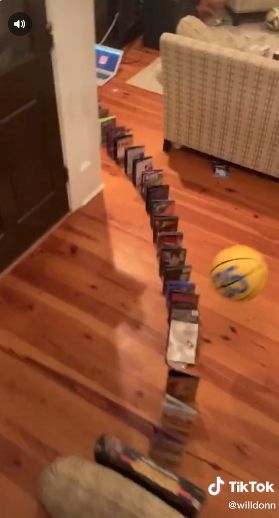 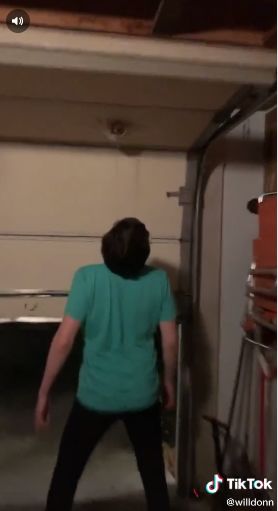 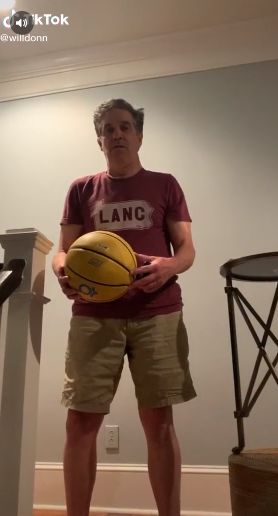 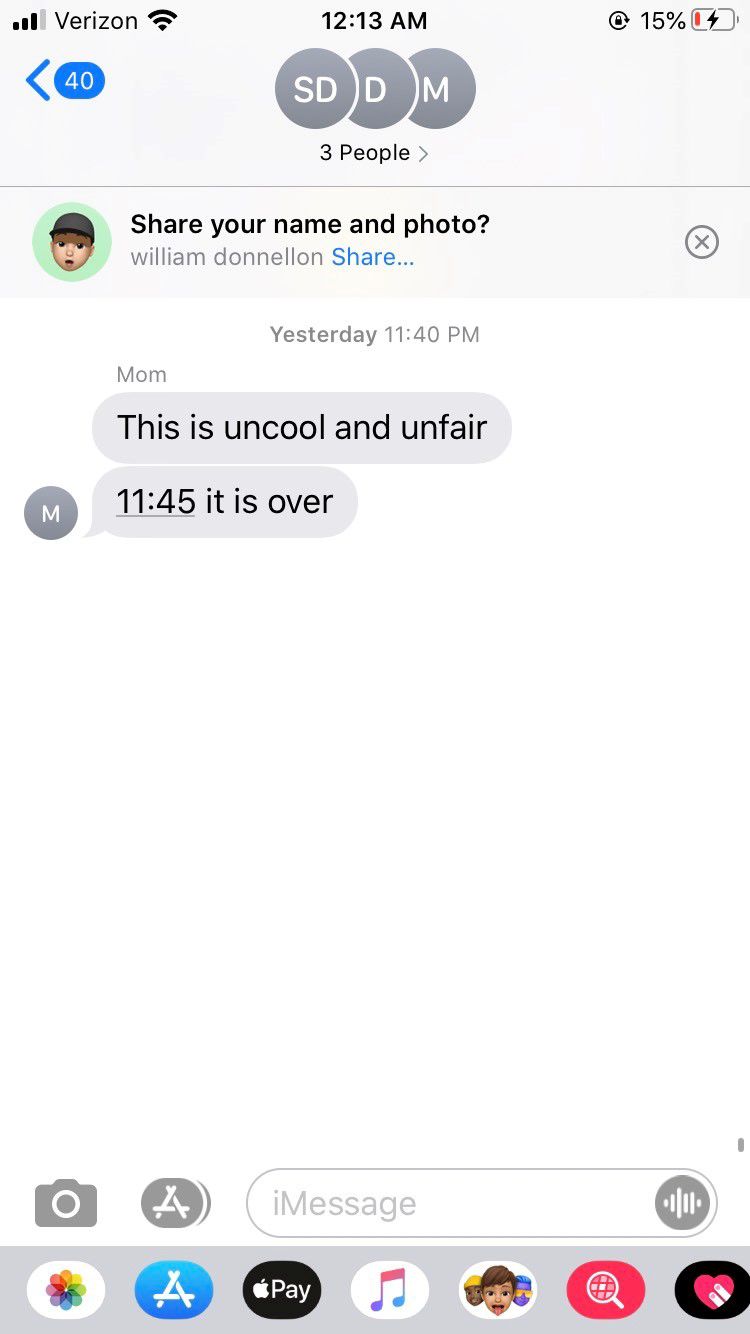 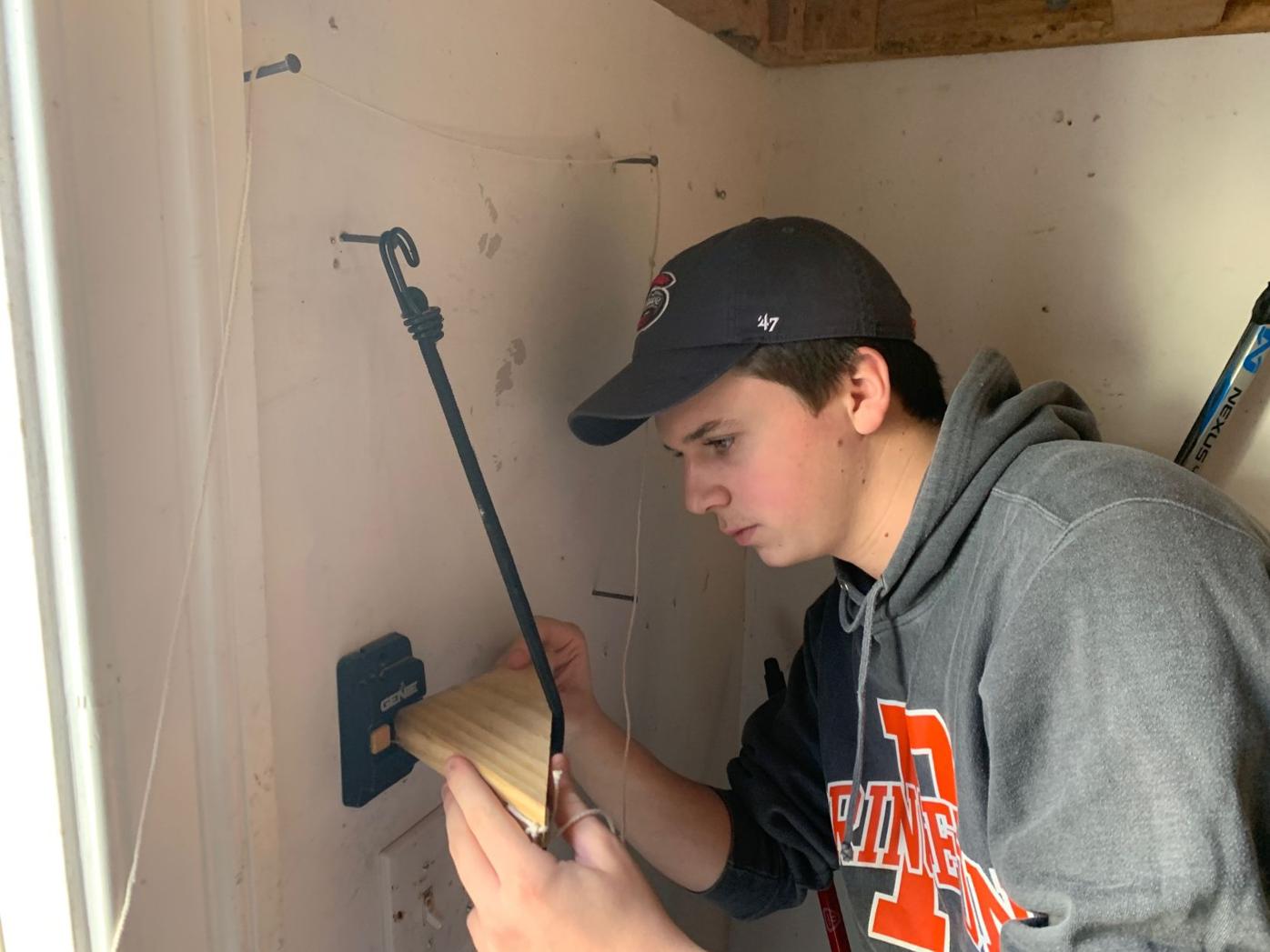 While some people binge-watch Netflix or clean out their spice cabinets, other people like Will Donnellon, 19, and his brother and father, are getting creative. The three of them spent one night designing an intricate Rube Goldberg-style machine, and Will posted it on TikTok, the social media platform known for short (and often funny) videos.

How many engineers and campaign finance directors does it takes to pour a beer? The answer is three. Donnellon posted a video to TikTok called “How to Pour Your Son a Beer When He’s Quarantined in the Garage.” (Donnellon’s brother Sam, 26, is not actually quarantined in the garage, but the video does an excellent job of bringing some lightness to a terrible situation.)

Sure, you could just twist off the cap and pour yourself a Yuengling, but why do that when you can create an elaborate beer dispensing set-up that incorporates a basketball, a staircase, dominos, a subwoofer, a Kanye West song and a garage door opener?

The latter option, much to the chagrin of Will’s mom, is the Donnellon boys preferred method of beer distribution. The Donnellons, originally from Lancaster, have relocated to Charleston, South Carolina. Will is taking a year between high school and college to work as a campaign finance director for Democratic congressional candidate Kim Nelson. His brother is a tech consultant that graduated with an engineering degree from Ohio State University. His father Tim, 58, is an engineer, and his mother Mary Pat, 56, works for a software company.

“Me, my brother, my mom and my dad are all working remotely,” Donnellon says. “All day the four of us are set up and on calls, and it’s chaos.”

The chaos and cabin fever have led to some creative craziness around the house — the biggest example of which is Donnellon’s TikTok video. The video, which Donnellon has since reuploaded, is his most successful TikTok to date.

“I’ve been making TikToks for about a month, and they’ve all been pretty ridiculous,” says Donnellon, who posts on TikTok as @willdonn. “Nothing as creative as this. I haven’t put as much work into any as this. This one did pretty well it’s got almost 5,000 views and almost 1,000 likes.”

The video begins with Will telling his father, Tim (who is wearing a Lancaster T-shirt), that his brother wants another beer. Tim, who is standing at the top of the stairs responds by dropping a basketball. The ball bounces down the stairs, bumps into some pillows on the landing, continues down the stairs and knocks over a row of DVD cases, which fall domino-like onto a laptop. The laptop triggers the Kanye West song “Waves,” which begins with a loud bass drop and a vocal sample saying “Turn it up.” The vibration from the subwoofer that’s connected to the laptop is strong enough to knock over some dominoes, which then knock over some books that bump into a crate with a volleyball ball on top. The ball rolls down a path created by two hockey sticks and then bumps into more dominoes that cascade into a row of books that fall and trigger a string that in turn triggers a mechanism that opens the family’s garage door. Taped to the garage door is a cold Yuengling, which empties out into Sam’s mouth.

What, doesn’t every family pour a beer like that?

Before the family relocated, Donnellon attended the New School in Lancaster.

“The reason I know about Rube Goldberg machines is from the New School,” Donnellon says. “That was something that was in the curriculum at some point. We had to make one from a class project. Me and my brother have been doing stuff like this since we were little.”

“It took about three hours to set up and then it took about five tries to get a successful attempt,” Donnellon says. “We had a lot of little hiccups like that. But then we finally got it perfect.”

The Donnellon men were pretty psyched. Will’s mom, however, was not as pumped.

“The moment we started setting it up she went into her room and closed the door,” Donnellon says. “We had to have the speaker volume way up to the subwoofer so it would vibrate enough to trigger the dominos. So my mom was in bed and it was playing on every attempt. We didn’t hear from her until she texted us. She was like, ‘This is rude and uncool. 11:45 you guys are completely cut off.’ ”

After Donnellon posted the video, he says his mom came around a little bit.

“She liked it but was still like a little ‘whatever,’” Donnellon says. “But she just asked like an hour ago for me to send it to her so she could send it to someone, so she’s clearly jealous of the attention we’re getting.”

The guys did finish their project just before Mary Pat’s cut-off time though.

“We finished at 11:40,” Donnellon says. “The most challenging part was probably figuring out how to get the garage door to be pressed. And actually managing to get all the dominos set up with accidentally bumping one and triggering the whole thing. It was quite the hassle. We wanted to give up a number of times, but we kept going and made it work.”

Donnellon says he hopes to make more TikTok videos like this.

“I'm definitely going to have some more TikToks,” Donnellon says. “I would love to make another one like this. We’ve got a lot of time on our hands. We might have to give it a couple days to get the enthusiasm back. But there will be more content coming.”

Will Donnellon says it's good to get creative and find alternative ways to have fun during this stressful time.

“Doing this Rube Goldberg thing was a good way to get off the screens,” Donnellon says. "So I would say get creative. Think back to when you were a kid. ... Think how can you take what you like to do and move it to an online platform.”

For instance, the Donnellons have transitioned their weekly trivia night with family and friends, typically at a restaurant, to the video conferencing platform Zoom.

And if you do decide to have a family trivia night, don’t forget the beer. Just maybe come up with an easier method of pouring it.