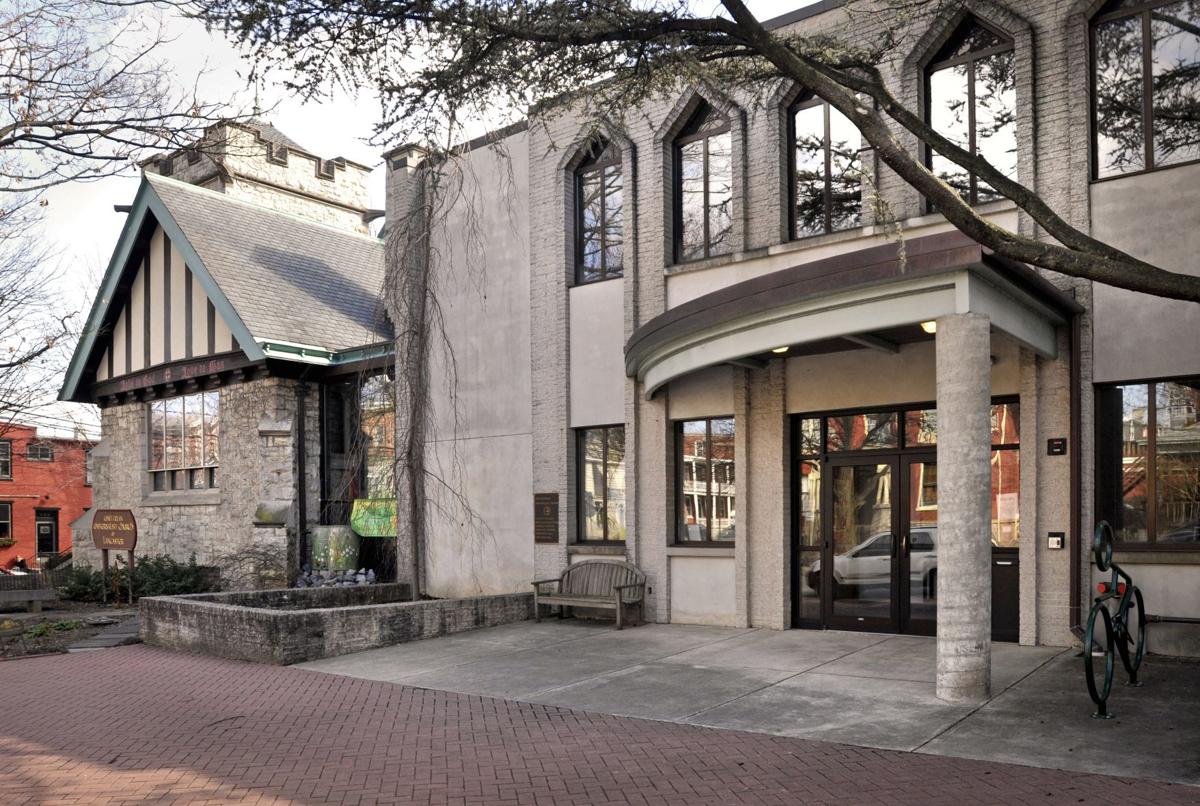 The Unitarian Universalist Church of Lancaster at 538 W. Chestnut St. in a file photo. 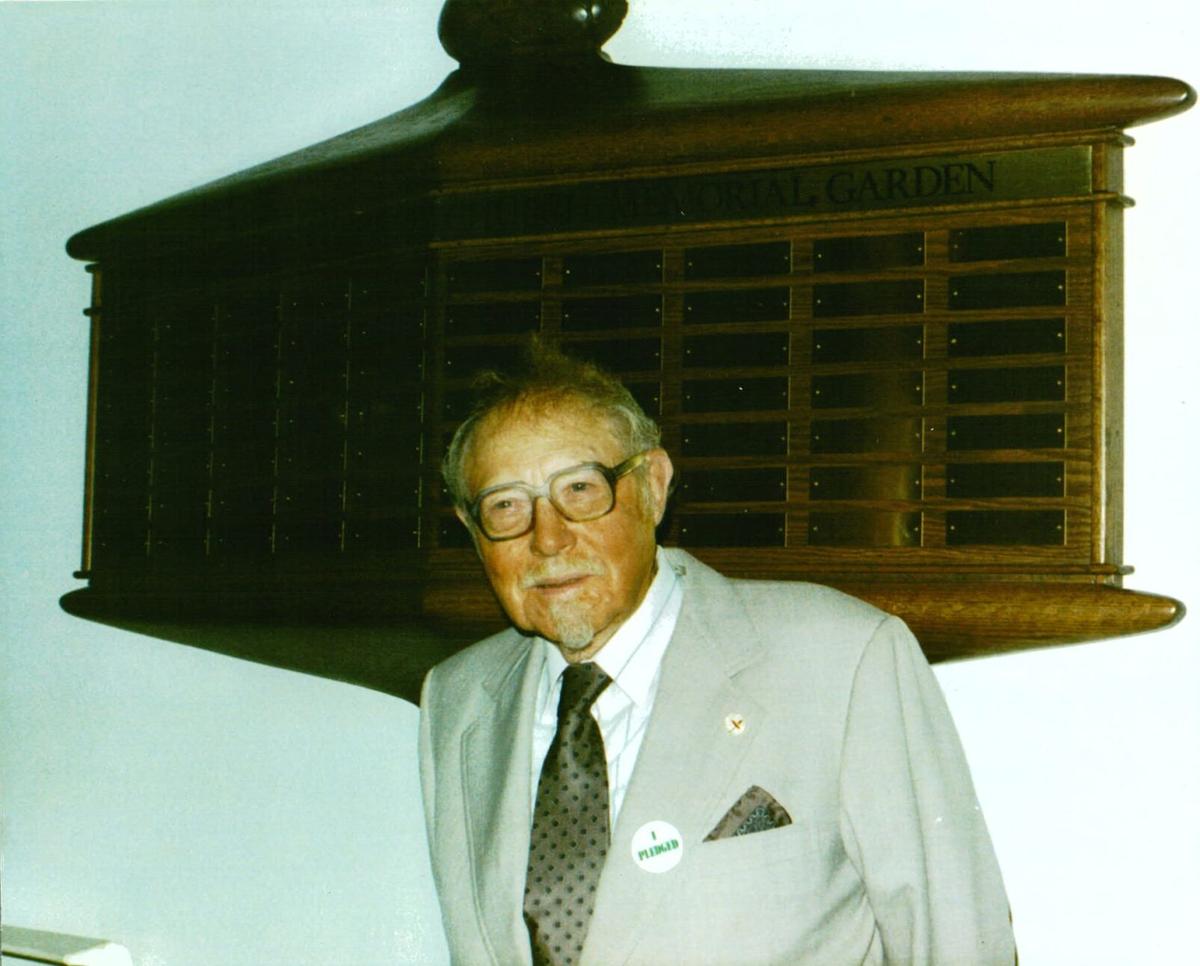 Art Walters, in an undated photo.

But during the coronavirus pandemic, the congregation, at 701 N. Lime St., expanded the program to several times a week.

Unfortunately, the refrigerator at the church broke down recently. And of course, the grocery bill exploded.

Ebenezer knew where to turn: the Unitarian Universalist Church of Lancaster, 538 W. Chestnut St., which has a grant program — the Walters Trust — to help local congregations in need.

Usually, grants are below $10,000. But the committee made an exception for Ebenezer.

“They are doing incredible work. Here we are out of our building because of COVID, but here is Ebenezer serving meals, providing shelter.”

“Every once and a while we do envisioning retreats,” Kerekgyarto said. “That’s where DACA came up. Envisioning helps keep us focused.”

Also, the Lancaster-Lebanon Intermediate Unit 13 and the Literacy Council of Lancaster and Lebanon received a grant for $11,970 for an anti-racism initiative.

And ASSETS, 24 S. Queen St., which “creates economic opportunity and cultivates entrepreneurial leadership to alleviate poverty and build vibrant, sustainable communities,” received $10,000 to provide counseling for those affected by COVID-19, with a focus on helping minorities and women apply for Paycheck Protection Program loans.

The latest grants also included $10,000 for Grandview Church, 888 Pleasure Road, to help the congregation buy its building and grounds from the United Methodist Church. Grandview is leaving the denomination in order to support LBGTQ recognition.

In total, the church — led by the Rev. Israel Buffardi, with about 300 members and the motto “A liberal religious voice in Lancaster County for over 100 years” — gave $56,200 this quarter.

History of the trust

It was all made possible by an endowment from the late Art and Selma Walters, longtime members of the Unitarian Universalist Church of Lancaster, who left the church $2 million for the Walters Trust upon his death in 2002, at the age of 94. Selma Walters died in 1992 at age 87.

Half the interest from the trust, up to $500,000, helps support the operation of the church. The rest of the interest is dedicated to grants, mostly for local nonprofits.

A recent exception was a grant for $15,000 to Chico Unitarian Universalist Church, in Paradise, California, for some of its members whose homes were destroyed in wild fires.

Kerekgyarto, a retired Millersville University professor who helped the school apply for grants, chaired the trust committee in 2016, when he saw the interest grow for more and bigger grants.

“We have quite a good nest egg now, he said.

Although Kerekgyarto didn’t know Walters personally, he describes him as “unique.”

“Art’s main priority was outreach to the community,” he said, which was based on the seven principles (see sidebar) of the Unitarian Universalist Association.

Walters was born in poverty, in a log house in Lansing, North Carolina. His father walked to work in West Virginia coal mines. His first business as a child was raising sheep and selling wool.

After graduating from high school, he worked at the Firestone Tire Co. in Akron, Ohio, and later in California. Eventually, he started a tire business in Lancaster, which evolved into a variety of other businesses, including automobile sales. In 1945, he helped found the Manheim Auto Auction.

Gene Homan, a member of the Unitarian Universalist Church of Lancaster, spoke at Walters’ memorial service.

“While Art had all the skills of a successful entrepreneur, I’d emphasize that the paramount attribute was his strong ethics and fair treatment of people. ... He never was spoiled by his success and wealth — he remained an ordinary person. Art always identified with the underdog.”

Here's how nonprofits can apply for a grant from the Walters Trust.

A well-known Lancaster priest died Tuesday after a battle with COVID-19.

Time has taken its toll on St. Paul’s Episcopal Church.

An online presentation titled “The Chocolate King: Life & Legacy of Milton S. Hershey,” by the Hershey Community Archives, will be streame…

In the early 1970s, recycling was a foreign concept. Used glass bottles ended up in landfills. Inspired by Earth Day celebrations, a group of …

When can my child return to competitive sports after having COVID-19? [Ask the Pediatrician]

So far, around 2.3 million children in the United States have been diagnosed with COVID-19 infection. Thankfully, children need to be hospital…

The Ephrata Cloister’s Winter History Class is back for another year, with topics ranging from hymnals to meeting houses to early Pennsylvania…

ConnectUs Church to open soon — in a Lancaster movie theater

A new church is planting roots in Lancaster — in a movie theater.

‘Hands of Hope’ to distribute food to families in need on Feb. 6

An Elizabeth Township church is responding to an increased need for food assistance with a food distribution event.

With Ash Wednesday just days away, it’s a good time to make sure your calendar is complete with this year’s major religious holidays. Here, we…